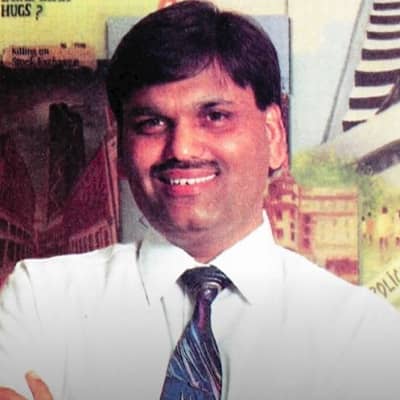 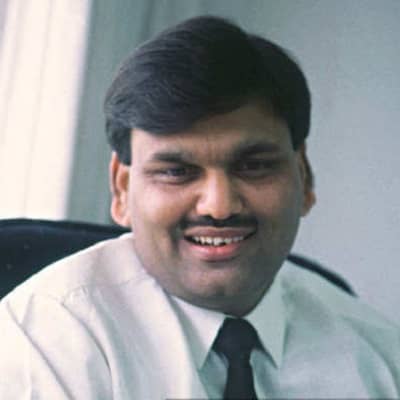 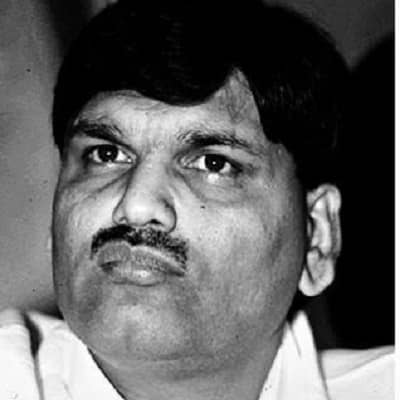 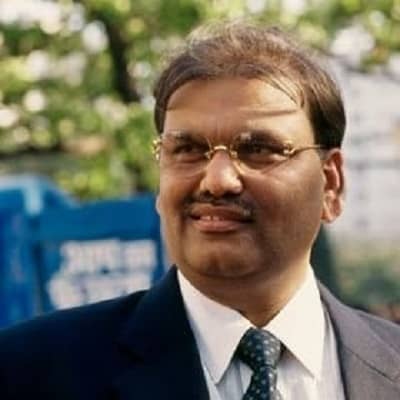 Harshad Mehta was a well-known Indian businessman and stockbroker. Harshad Mehta gained recognition for his involvement in the 1992 Indian securities scam that made him famous as a market manipulator.

Harshad Mehta was born on 29 July 1965. Harshad hails from Paneli Moti, Rajkot, and he resided in Thane, Maharashtra when he passed away.

Likewise, Harshad came from a Gujrati Jain family. Further, Harshad grew up in Borivali. There, Mehta’s father was a small-time textile businessman. Likewise, his full name is Harshad Shantilal Mehta. His parents are his father Shantilal and his mother Rasilaben Mehta. Likewise, he has three siblings namely Sudhir, Hitesh, and Ashwin Mehta.

Talking about his educational journey, Harshad completed his early education at Janta Public School, Camp 2 Bhilai. He was also a cricket enthusiast who didn’t show any special promise in school. After his schooling, Mehta came to Mumbai for studies and also to find work. Later on, he attended Lala Lajpatrai College, Bombay, and gained a degree in B.Com in the year 1976. Likewise, Mehta also worked a number of odd jobs for the next 8 years.

Professionally, Harshad Mehta was a popular businessman and stockbroker. He gained immense fame after being involved in the 1992 Indian securities scam. This made Mehta famous as the market manipulator. However, the Economic Times reports that financial experts believe that Mehta didn’t commit any fraud but had simply exploited loopholes in the system.

Harshad started off his career as a salesperson at New India Assurance Company Limited (NIACL) in its Mumbai office. During his time at NIACL, Mehta developed an interest in the stock market. Subsequently, after a few days, Harshad resigned from NIACL and later joined a brokerage firm.

Then in the early 1980s, Harshad moved to a lower-level clerical job. It was at the brokerage firm named Harjivandas Nemidas Securities. There, Mehta worked as a jobber for the broker Prasann Pranjivandas Broker. Over a period of ten years, Mehta served in various rising positions at several brokerage firms.

As a result, by 1990, Harshad rose to a position of prominence in the Indian securities industry. Many media outlets called him “Amitabh Bachchan of the Stock market”. 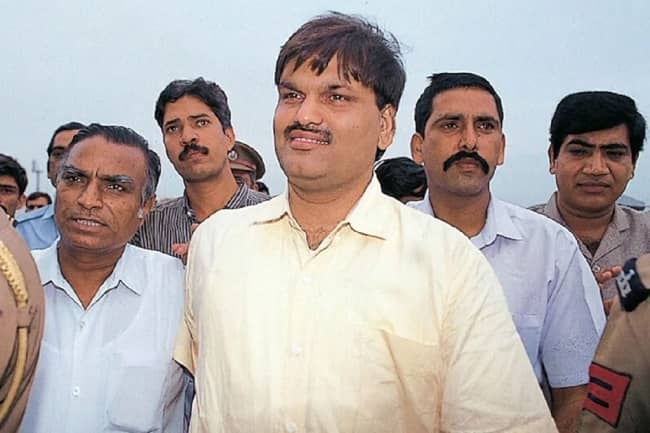 Caption: Harshad Mehta was under criminal custody in Thane prison after his stock market exploits exposure. Source: The Daily Voice

Talking about Mehta’s criminal charges, the authorities could convict Harshad of only 4 charges out of 27 criminal charges before his sudden death in 2001. Allegedly, Harshad engaged in a massive stock manipulation scheme financed by worthless bank receipts. Mehta’s firm brokered these bank receipts for “ready forward” transactions between banks.

Consequently, the SEBI introduced new rules to cover the loopholes that Mehta’s scandal exposed. Furthermore, Harshad Mehta was on trial for 9 long years until he died on 31 December 2001. 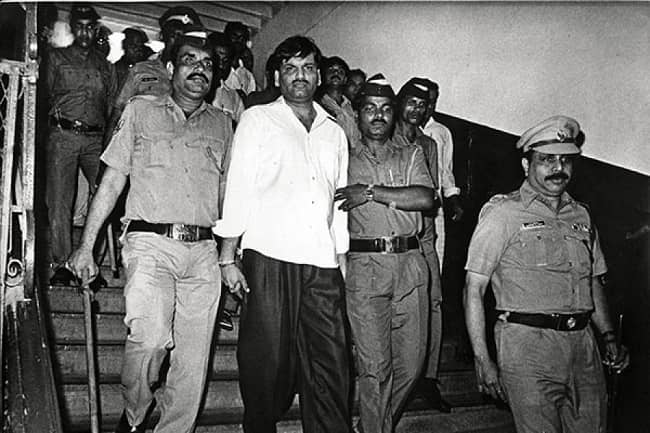 Harshad Mehta stood tall at an approximate height of 5 feet 6 inches. Other than this, there is no information regarding Mehta’s other body measurement details like his weight, chest-waist-hip measurements, dress size, shoe size, etc. Moreover, Harshad had dark brown eyes and hair of the same color.

It seems like Harshad Mehta doesn’t and didn’t have personal profiles on any social media platforms like Twitter, Instagram, Facebook, Youtube, Tiktok, etc. At the time of Harshad’s demise, the internet and social media were not as prominent as today. Moving on, Harshad Mehta had a net worth of approximately $475 million US dollars or Indian rupees 3542 Crore at the time of his death.