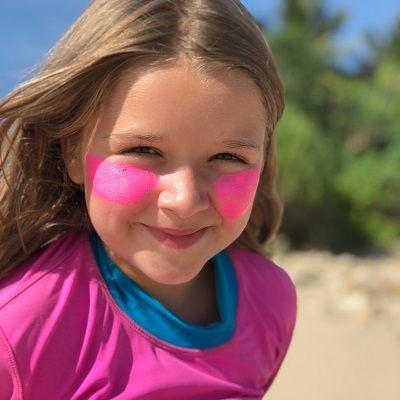 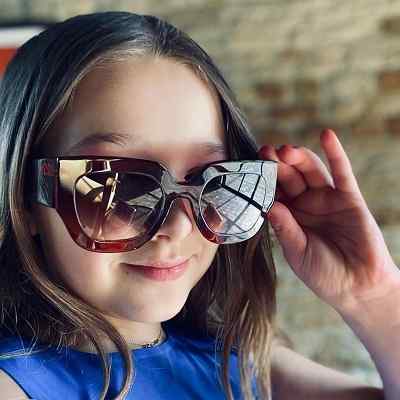 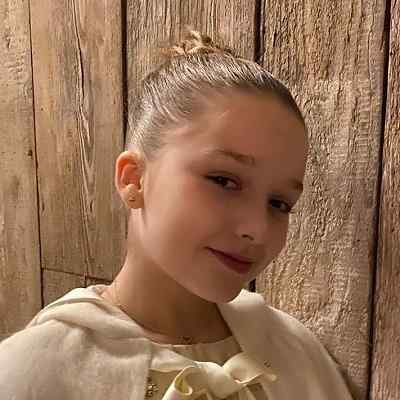 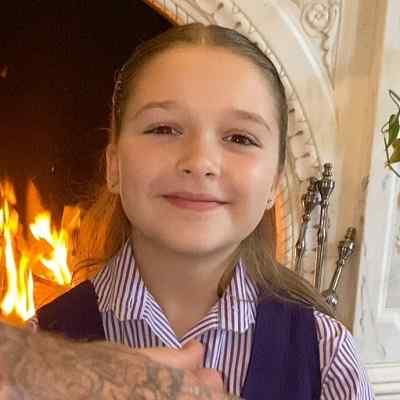 Likewise, her full name is Harper Seven Beckham. The young girl has dual nationality as an American as well as British.

Her ethnic background is British but got the American nationality as she was born in California.

Likewise, she is a Christian, and both Harper and Cruz were baptized in front of their friends and family on December 22, 2019.

Talking about her family, Harper is the celebrity daughter of David Beckham and Victoria Beckham.

Likewise, Harper’s godmother is Eva Longoria. Moreover, Harper has just begun her schooling and seems to be enjoying every bit of it. She is picking up scholastic and co-scholastic activities quickly. 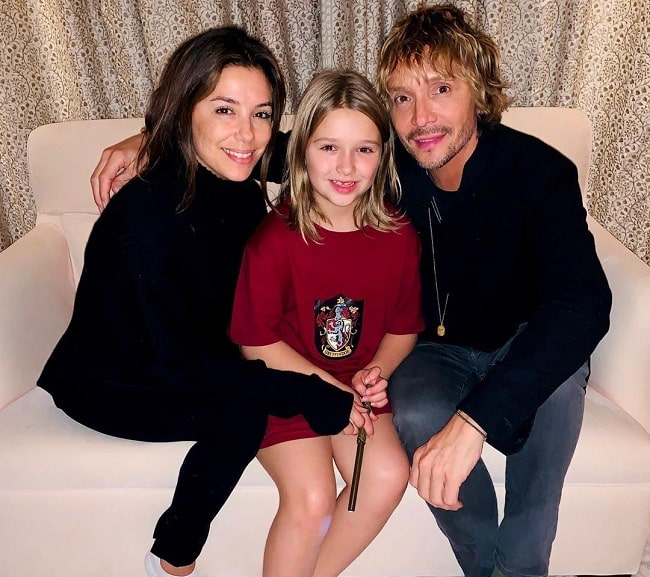 At such a young age, Harper Beckham is obviously single. However, she is sure to attract many lovers in the future with her beauty, talent, and humor.

Talking about her parent’s relationship details, they met in 1997 and tied the knot in 1999 after being engaged for a year.

Before meeting each other, her father was already interested in her mother after seeing her in music videos by the Spice Girls.

The lovers then announced their engagement in 1998 and the media dubbed them “Posh and Becks.”

Likewise, Harper’s parents officially tied the knot on 4 July 1999. The ceremony was held by the Bishop of Cork, Paul Colton, at Luttrellstown Castle, Ireland.

David’s teammate, Gary Neville, was the best man, and Harper’s eldest brother Brooklyn who was four-month-old was the ring bearer.

Then in the same year, her family bought their most famous home set on 24 acres (9.7 ha) of land. The media dubbed this house “Beckingham Palace”. 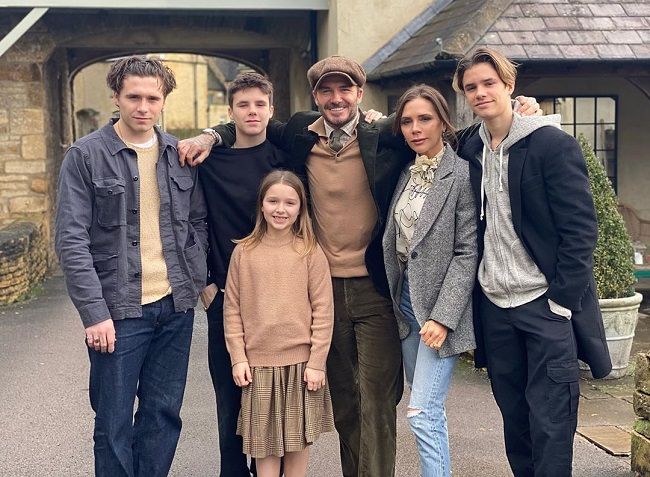 Caption: Harper Beckham posing for a photo with her whole family. Source: Instagram

Her father is a former professional footballer. He is currently the president as well as co-owner of Inter Miami CF and co-owner of Salford City.

He was also a team member of the England national team for which he held the appearance record for an outfield player until 2016.

Then in May 2013, he retired after a 20-year career. During his playing career, David won 19 major trophies.

Both Harper’s parents have received the OBE, Order of the British Empire, one of the highest British honors one can receive.

Likewise, Victoria received an OBE from Prince William for her 17-year career and services to the fashion industry in the year 2017.

She gained initial fame in the 1990s as a member of the girl group Spice Girls. She is also called Posh Spice.

Victoria is also an actress and model who has appeared in several TV shows and documentaries. Moreover, Harper’s eldest brother, Brooklyn is also a model and a photographer himself.

He has appeared in several editorials and covers of various magazines like Dazed Korea, Vogue China, Miss Vogue, and Interview among many others.

Likewise, Brooklyn has also appeared as the face of Huawei Honor 8 Android phones. 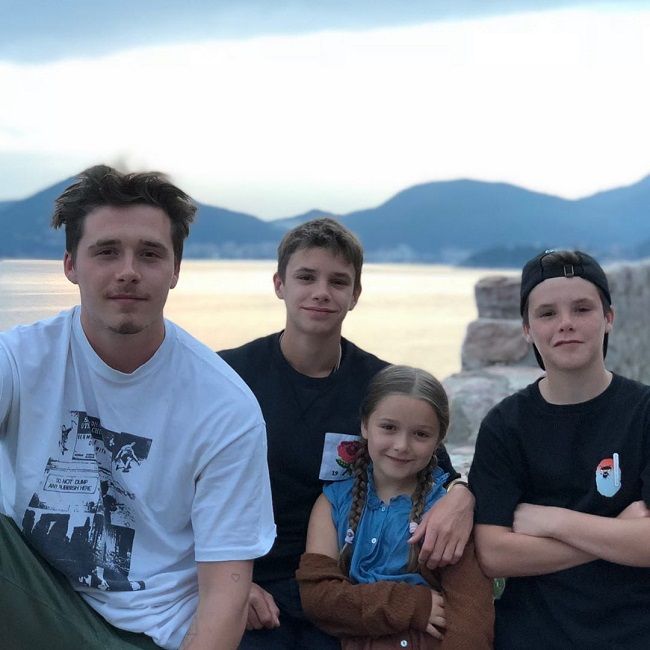 Caption: Harper Beckham posing for a photo with her brothers. Source: Instagram

At the young age of 9 years, Harper is not involved in any professional activities. However, being the daughter of a celebrity couple itself brought her immense fame.

Harper made breaking news instantly soon as she came into this world.

Soon her parents posted pictures after a photo shoot with the baby girl, Harper. The media went wild immediately and photos of Harper made it to every magazine and daily.

Since then, Harper has had designers from around the globe designing dresses for little ones, including her mother. Victoria was inspired to start a whole new line for little girls after she had Harper.

Moreover, Harper has been the inspiration behind Victoria’s new line at Target.

The collection is designed keeping in mind classic colors, yet incorporating prints that attract the attention of children, and primarily adding a new level of comfort clothing for the young ones.

Harper also has a collection of her own with designs from international brands such as Karl Lagerfeld and Ralph Lauren.

Her mother is often spotted with almost matching attires along with Harper, lending a trend to the new “Mom-and-Me” collection at Target.

Harper has also been a vital part of her mother’s fashion week shows until now and her father David predicted that she will grow up to have a massive career in the fashion industry.

In fact, her mother has trademarked her daughter’s name and has the sole rights as a parent and guardian.

She has a natural gift for the camera and it is evident from the pictures posted and managed by her parents on her Instagram account. 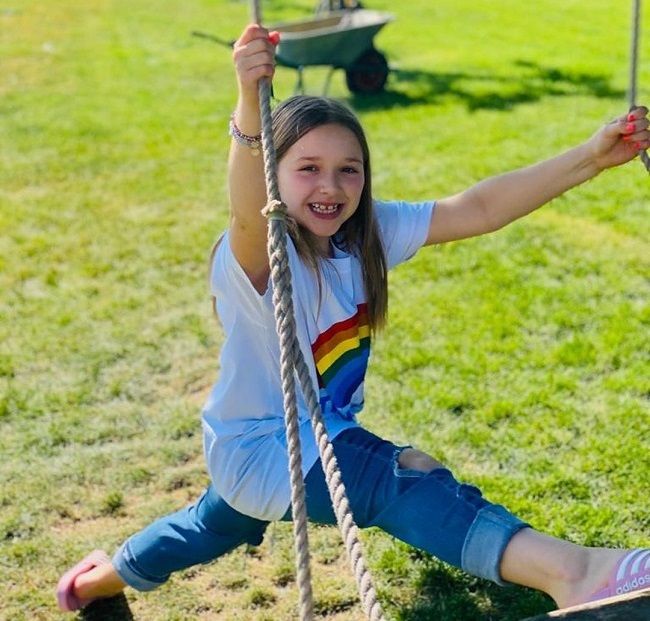 Likewise, Harper travels with her parents to events, shows, and ceremonies and is often the center of all attention. Owing to her immense love for fashion,

Harper is already setting new trends and has her own sense of style and fashion.

Just like any other child, Harper also loves toys as well as drawing and coloring. She has written several letters to her parents and made many cards with cute drawings and loving messages written with crayons.

Likewise, she loves playing with her siblings and is best friends with her brother, Romeo. Harper also seems to enjoy spending time with her father swimming and singing.

She is also keen on learning the piano and has gone skiing with her mother and loves all the Disney princesses.

Her eldest brother goes by @brooklynbeckham with 263 post shares and 12 million followers; Romeo’s account is @romeobeckham and Cruz’s is @cruzbeckham.

All the family members have millions of followers and it won’t be a surprise if Harper starts her own account one day and earns a million followers within a few days!

Nevertheless, as she is just a very young kid, Harper’s body measurement stats shall keep changing for several more years to come.

She is still in the phase of development and growth and hence her data will keep changing for a long time to come. Likewise, Harper has beautiful brown eyes and hair of the same color.