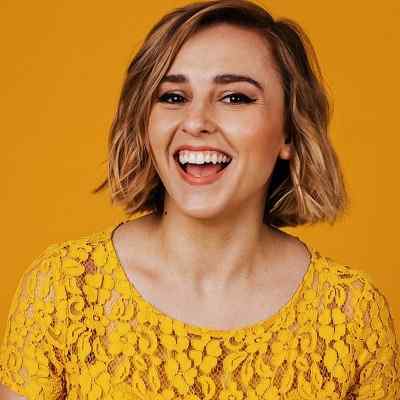 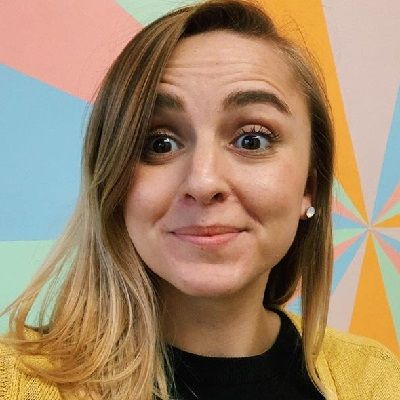 Hannah Witton is an English YouTuber, broadcaster, as well as the author. Hannah Witton is famous for her video blogs and informational content which is frequently based on relationships, sex, and sexual health.

Hannah Witton’s age is 30 years old as of 2022. She was born on February 19, 1992, in Manchester, England, UK. Although she was raised up in England, she lived in Austin, Texas for a year while she was a kid. Similarly, she developed an authentic Texan accent living there. She has a sister. 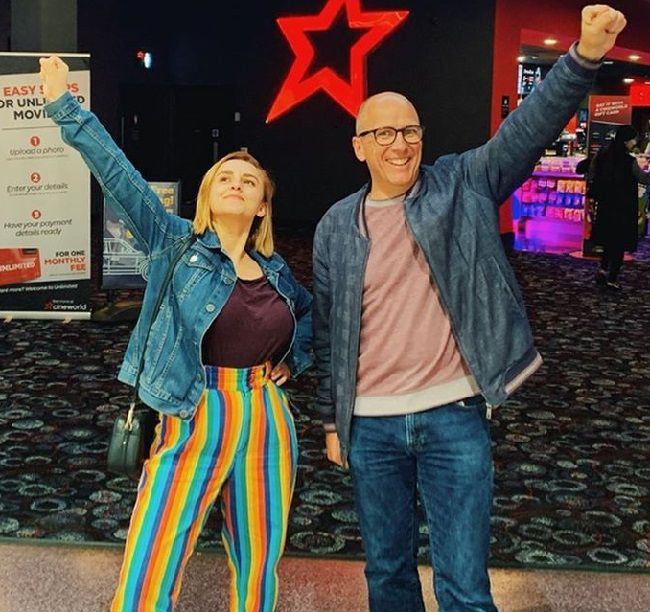 Caption: Hannah Witton posing along with her father (Source: Instagram)

Likewise, she belongs to British nationality and ethnicity os Jewish.

M0ving toward Hannah Witton’s educational background, she attended Loreto Sixth Form College in Hulme, Manchester. Then she went to the University of Birmingham where she studied a degree in History. She kept particularly interested in sexual history. Her video History of Homosexuality was a 2013 finalist in The Guardian and Oxford University Press Very Short Film competition.

She created her own self-titled Youtube channel and posted her first video along with her friend titled as “Sex Education 01 – Contraception” on Jan 29, 2012. She is famous for her videos helping young women with sexual health and relationships. Similarly, she has also supervised the Gender panel at Summer in the City 2014.

In addition, she has also created another youtube channel named under More Hannah. She posts videos every Thursday related to lifestyle, art & culture and work & career. She has also created a “Drunk Advice” video with fellow web star Dodie Clark and has collaborated with other YouTubers as well.

Likewise, she is one of the three members of the internet-based reading club, known as “Banging Book Club”. She along with her two partners read one book every month and then discuss the book together on a podcast published on iTunes, SoundCloud, and partially on her YouTube channel. They even seldom invite guests to their podcast. However, the books usually include statements related to sex, relationships, and feminism.

Witton has also written a few books related to sexual health and her first book is Doing It!: Let’s Talk About Sex.  The book focuses on sex and relationships including personal experiences that won a SitC 2017 award. That book was also translated into other languages as well.

Similarly, her next book was The Hormone Diaries: The Bloody Truth About Our Periods, embracing experiences of menstruation and education around it which was released in June 2019.[20]

Hannah Witton has also launched a podcast Doing It with Hannah Witton focusing on sex, relationships, taboos, and our bodies in May 2019. She invites a guest to talk about a topic where they talk about their personal experiences from periods and pregnancy to sex, disability and everything in between conversation. Her podcast was related to the interview format. 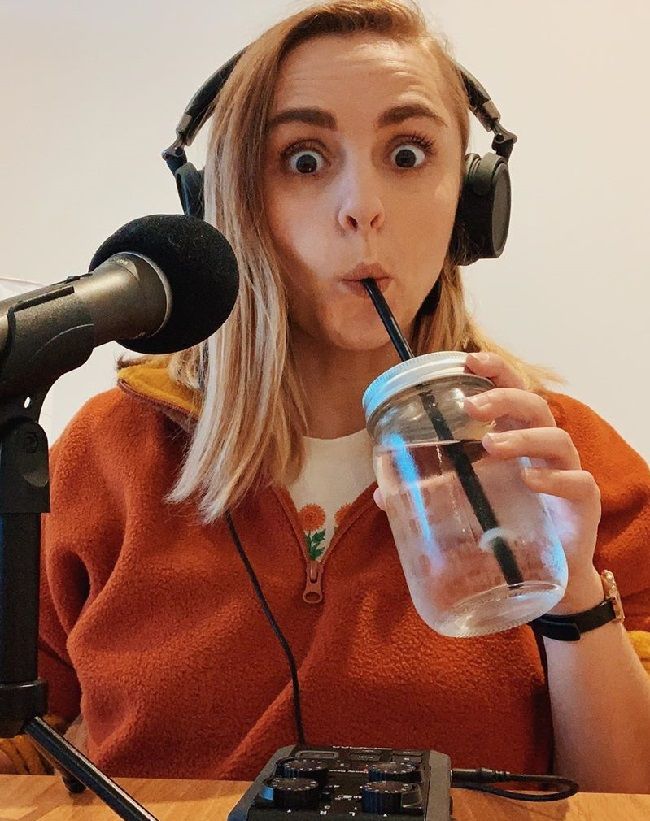 Further, Witton got featured on ITV2 sex and relationships show Love Fix in February 2016. She has also made a guest appearance for BBC Radio 5 Live on issues to do with sex and relationships, and also appeared as a guest on various BBC radio talk segments on many occasions.

Likewise, she had a weekly radio show The Hannah Witton Show and also co-presented an episode of The Calum McSwiggan Show. She has even presented the BBC Radio 1 segment The Internet Takeover.

Hannah Witton has achieved severals award through her hard work and dedication toward her passion. In 2017, she has won a UK Blog Award and a Blogosphere Award as Vlogger of the Year in 2018. She was also named one of eight Girls’ Champions as part of the BBC’s 100 Women campaign in November 2016.

Likewise, her podcast distributed by Global was also nominated in the podcast category in the 2020 Global Awards.

Speaking on Hannah Witton’s earnings, she is a famous English YouTuber, broadcaster, as well as the author who has earned a decent sum of money through her several works. She is living a lavish lifestyle from her good fortune.

Likewise, she has over 590k subscribers where she has posted 391 videos which all together add up to more than 75.9 million views. She usually creates on average 7 new videos every month. Therefore, her estimated net worth is around $142,000 dollars as of February 2020. Talking about her brand endorsements, she hasnt endorsed any brands or products. Being a rising star, it is sure that we can see her as the brand ambassador of several top brands very soon.

Reflecting on Hannah Witton’s relationship status, she married her fiance Daniel Leadley on September 7, 2020. Her wedding dress was so pretty. The duo engaged to Daniel Leadley, Bethan Leadley’s older brother. She proposed him in August 2019. The duo seems very happy with each other and seen enjoying a vacation together. She keeps on posting cute duo pictures on her social media handles captioning beautifully. Recently, in April 2022, she gave birth to their first baby, a son. 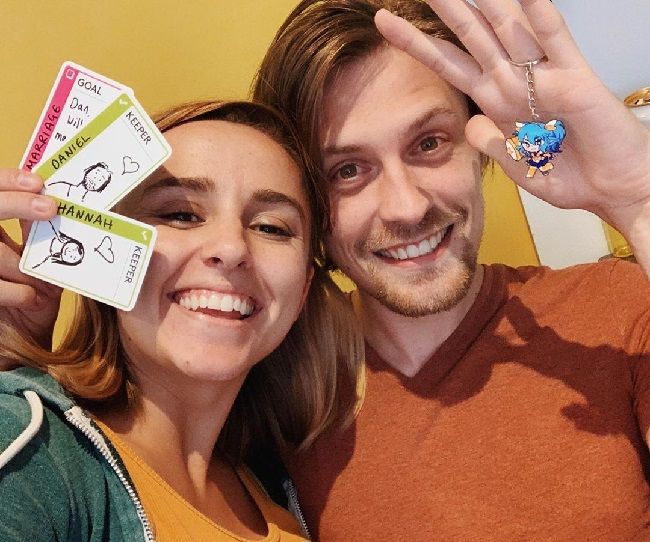 Caption: Hannah Witton taking a selfie with her boyfriend after her proposal with keyring (Source: Instagram)Further, she has not been involved in any kind pf controversial acts and maintained a clean profile.

The 28-years-old beautiful Hannah Witton has an amazing personality with a stunning look. She has a short height with a healthy body weight that stands around 5 feet (1.52 m). But she has not mentioned her exact weight as well as body statics. Likewise, she has a pair of dark brown eyes with brown hair color. 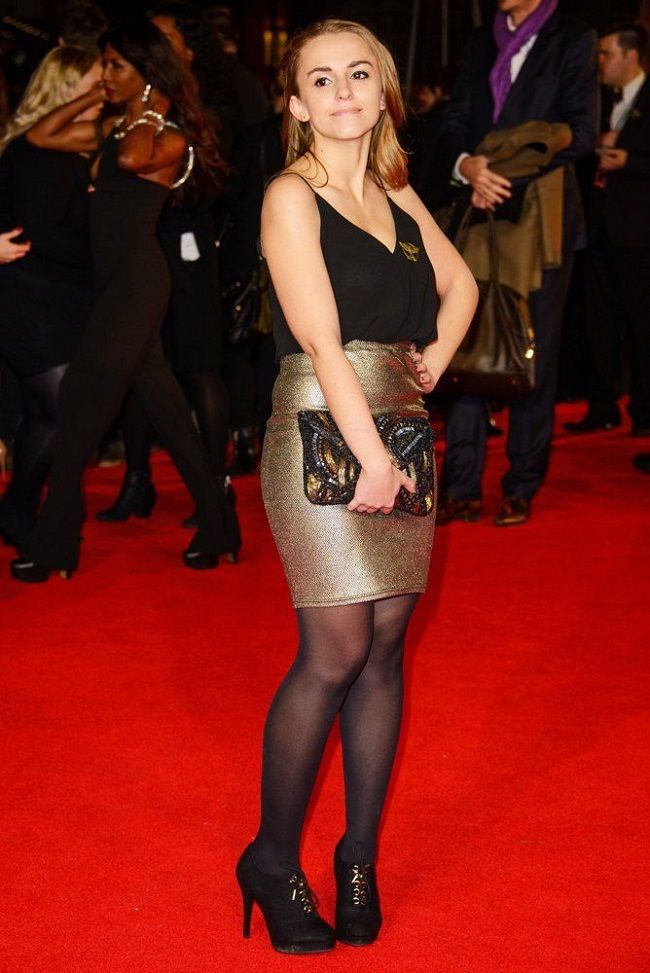