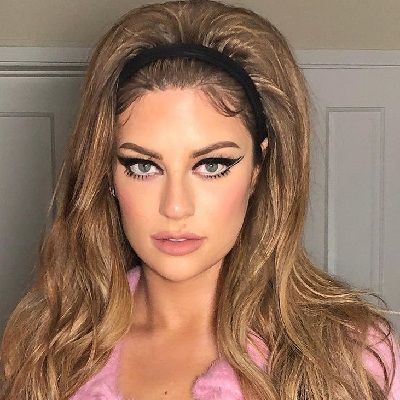 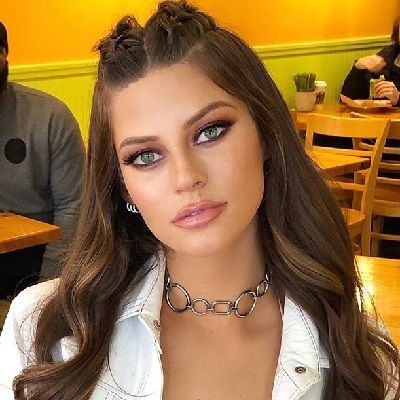 Hannah Stocking is 29 years old as of 2021. She was born on February 4, 1992, in the United States. Her birthplace is quite confusing as according to Wikipedia her birthplace is mentioned Los Angeles, California and later moved to Ashland, Oregon. But some other sources have just mentioned her birthplace as well as migrated place as vice versa.

However, he is originally from the United States. Her father’s name is  Jon Stocking and her mother’s name is Holly Stocking. She grew up with her older sister named Ruby. Likewise, she has claimed that she is of Greek, Armenian and Hungarian descent and her original family name was Siagkris. 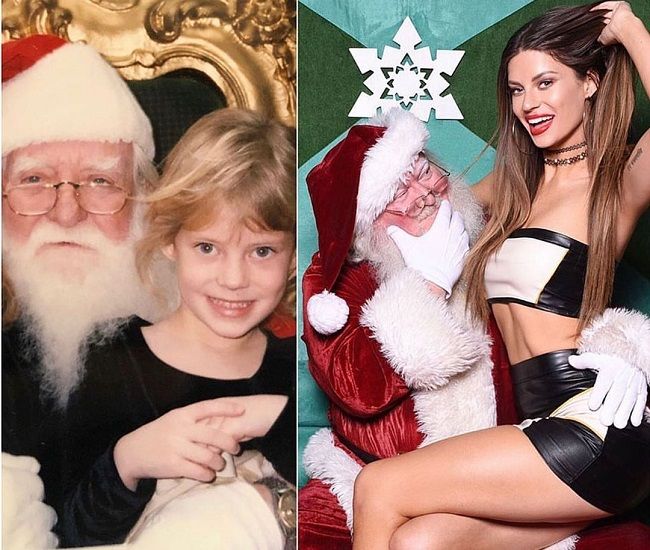 Caption: Hannah Stocking posing along with her Santa in a young age vs now (Source: Instagram)

Moving toward Hannah Stocking’s educational background, she attended Ashland High School in Ashland, Oregon. Later she moved back to California and enrolled in the Dominican University of California, where she studied biology and chemistry. She used to play volleyball in her college days.

Talking about Hannah Stocking’s professional life, she initiated her professional life as a social media star through on Vine and posted her first Vine video, titled “How girls react to guys VS. How men respond to the girls,” on August 1, 2013.

Then, she got featured in Blink-182’s “She’s Out of Her Mind” video with Lele Pons and Vale Genta. She has also played the role of Anna in Tyler Perry’s Boo 2! A Madea Halloween. Later she has also joined E! News for their coverage of the 2017 Grammy Awards, appearing in the channel’s Countdown to the Red Carpet: the 2017 Grammy Awards with Genta.

Likewise, she created her self-titled channel in 2016 and posted the first video titled Catching a Cheater on December 9, 2016. In December 2017, she made an appearance along with Lele Pons as guest stars of Dubai’s Vidxb convention, where they shared knowledge of finding success as digital creators. She created science-based videos for her YouTube channel in February 2018 and has also earned video sponsorships from companies such as Google and FIFA.

Further, in April 2018, she starred in the official lyric video for Poo Bear, Justin Bieber, and Jay Electronica’s single “Hard 2 Face Reality,” which also featured Pons. Again, she again touched her scientific background to launch a new educational series, The Science of Beauty, on Instagram’s new IGTV platform in June 2018. She has also her own merch LIL SHOP. 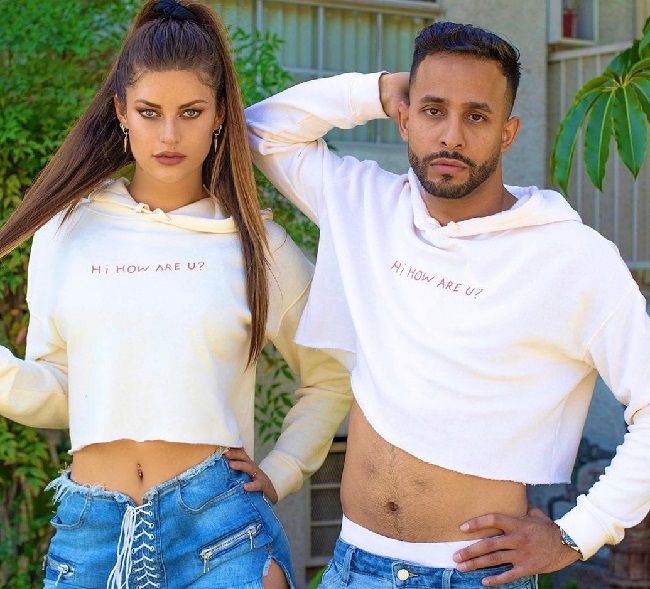 Caption: Hannah Stocking modeling for her own merch along with a guy(Source: Instagram)

Beauty with brain Hannah Stocking has also achieved some awards for her good deeds on social media sites.  In 2019, she was the first creator to receive the Women’s Entrepreneurship Day Pioneer Award at the United Nations. She won it in recognition of her achievements as a global entertainer and pioneer in her field.  In December 2019, she won a collaborator of the 2019 YouTube Streamy Awards. Similarly, she has also been nominated for the best comedy act.

Talented Hannah Stocking has earned a decent sum of money through her professional life as an internet personality. She has been able to live a lavish lifestyle through her income. Her estimated net worth is around $3 million. However, she has not mentioned her car, houses, openly in media sites.

Reflecting on Hannah Stocking’s relationship status, she might be in a relationship or single currently. Till February 2021, Hannah was in a relationship with Ondreaz Lopez. However, the rumors emerged that he was having sexual intercourse with a 14-year-old girl which led to break up.  She is also close to Adam Waheed and often posts videos with him.

It’s quite confusing as she has not opened up about her relationship status. However, she keeps on posting videos with her ex Twan but it’s not confirmed whether she has patched up with him or not. She has not married yet and neither has her own kids and currently busy with her career.

She might also be waiting for her perfect match to pair up in the future. Nonetheless, she has been involved in many relationships previously.

Further, she has claimed that her ex Klay Thompson cheated her through her tweets in 2015. However, she has now not been involved in rumors as well as in any controversial acts currently.

Beautiful Hannah Stocking has an amazing and charming personality with fit body physiques. She has a height around 5 feet inches and weighs around 64 kgs. Likewise, she has green eye color and brown hair color. However, there is no exact information about her body size. 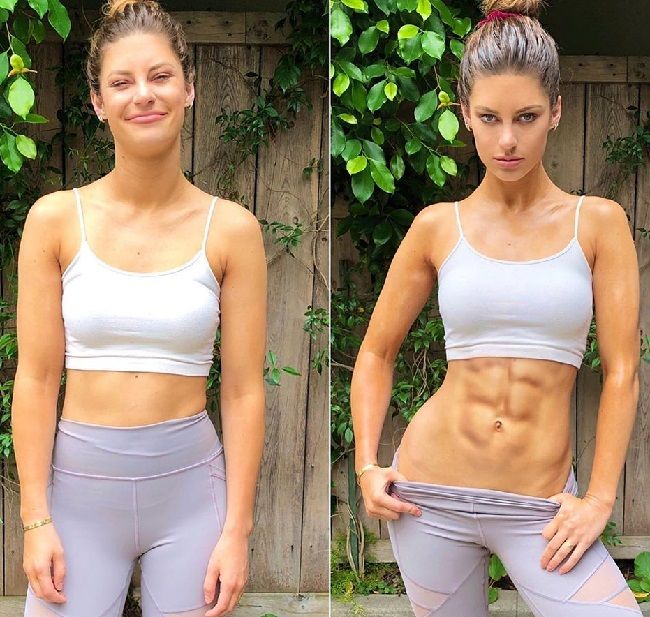