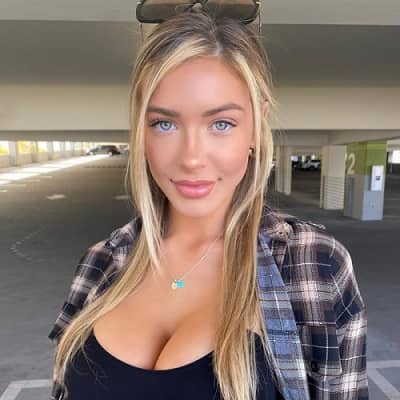 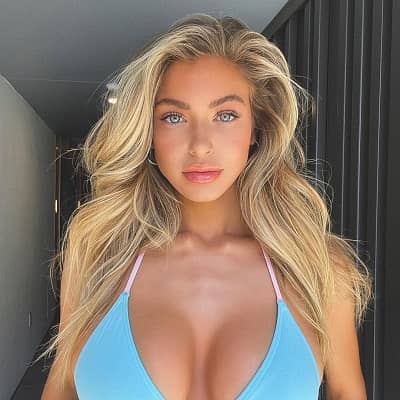 Hannah Palmer was born Hannah Cozette Palmer on 18th May 1998. She stepped into this world in Prescott, Arizona, United States. By this, she is currently 23 years old and American by nationality. Similarly, she is a follower of Christianity and her zodiac sign is Taurus.

In terms of her education, she attended Prescott High School and completed her studies there. Similarly, she attended the ‘University of Arizona.’ She also went to the ‘Penrose Academy,’ a beauty school in Phoenix, Arizona.

She fell in love with modeling and the fashion world while attending Penrose Academy. So, she began her modeling career by sharing her photos on social media sites like ‘Instagram.’ She was urged to try her hand at modeling for one of the most prominent men’s magazines, ‘Maxim,’ after her photographs drew the attention of many. She chose to enter the ‘Maxim’ magazine’s ‘Cover Girl Contest’ as a result.

She came in 34th place in the competition. Her participation in the competition boosted her profile. ‘KO’ watches,’ ‘Bang Energy,’ and ‘Manscaped’ were among the brands that signed her. She also began modeling for well-known photographers like Larisa Elaine and Milian Eyes. Palmer has worked with world-renowned fashion labels such as ‘Fashion Nova’ as a result of her incredible modeling talents and beauty.

When Hannah Palmer began working with well-known photographers and designer labels, her social media career took off. Her ‘Instagram’ account, which is chock-full of bikini-clad photos, presently has over 2.1 million followers. 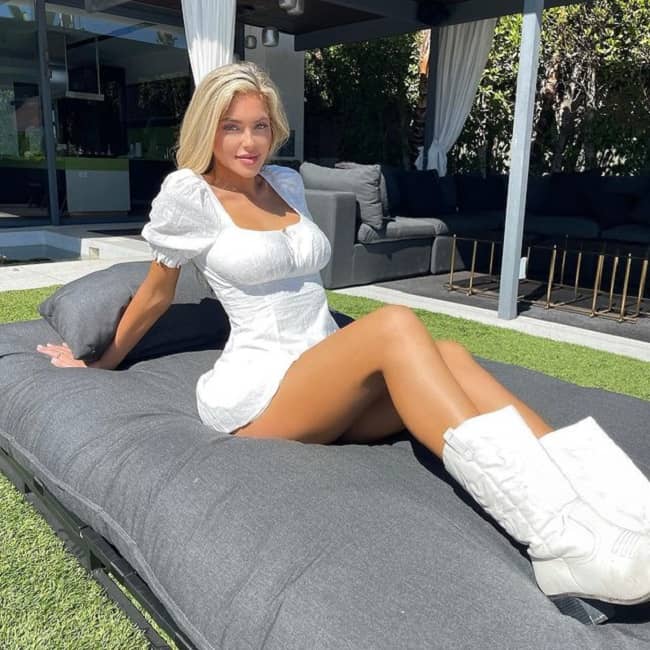 Aside from being active on social media sites like ‘Twitter’ and ‘Instagram,’, Palmer is also a member of ‘Patreon,’ a subscription-based content platform that allows content creators and social media stars to run their own subscription-based content business. Models and artists may offer their subscribers special services through the site. The membership options on her ‘Patreon’ page range from $5 to $100 each month.

The memberships not only give you access to her Patreon stream, but they also give you access to her secret ‘Snapchat’ account. Palmer also contributes to the popular photography smartphone software ‘VSCO,’ which allows users to take photographs and alter them using a variety of editing tools. Palmer aims to be one of America’s most famous models. She also wants to work in the fashion and cosmetics sector and establish her own company.

Being a successful social media star, she has made a pretty hefty amount of wealth. As for the wiki sites, she currently has an estimated net worth of $400 thousand US dollars which she made from her modeling career.

The prominent fashion model is an outgoing woman who enjoys spending time with her friends. However, she keeps her love life and partner private from the press. She is not dating anyone as of 2021, according to her social media accounts.

Enhancing her body measurements, Hannah is a hot and gorgeous lady. As a model, she is focused on maintaining a fit and curvy body physique. Talking of her height and weight, she is 5 feet 8 inches or 1.73 meters tall and weighs around 58 kg or 128 pounds. However, her actual body measurements are missing. In addition, the model has blonde hair and a pair of stunning blue eyes. 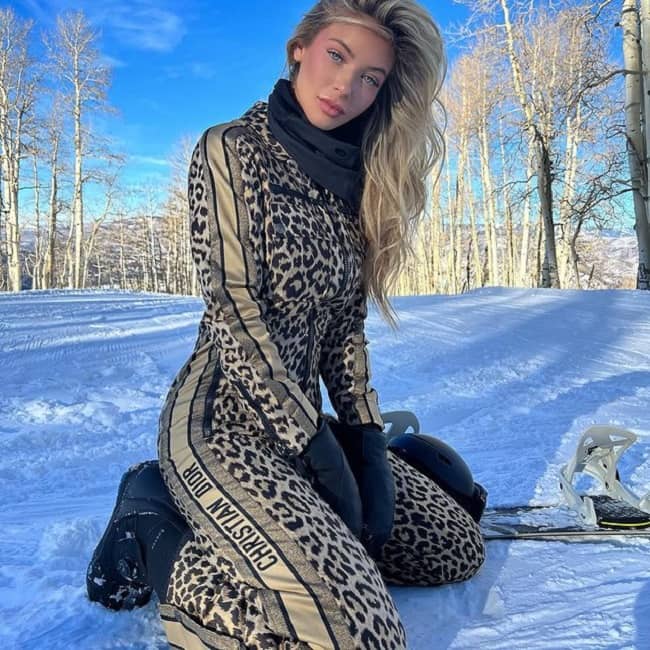