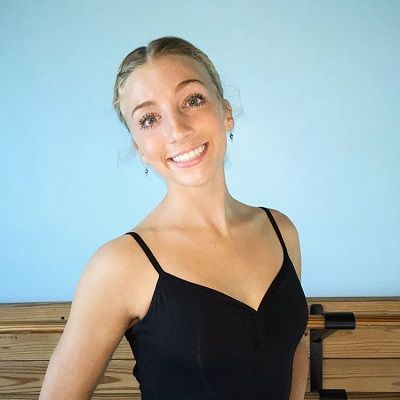 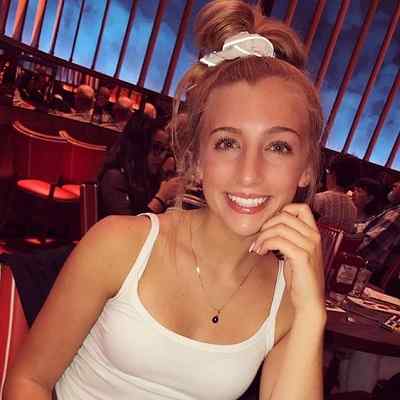 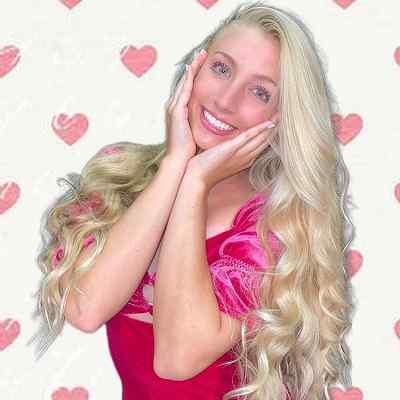 Hannah Mae Dugmore came to this world on July 22, 2002. As of the year 2022, she is currently 20 years old. She is from the USA and her nationality is American. She was just eight years old when she began running triathlons, and would run 35 of them in her first five years of doing them. Moreover, she has a younger brother named Kaleb, who became afflicted with cystic fibrosis. Moreover, her brother was born in March of 2006.

Besides this, there is no more information regarding her family background. She loves her brother; she has put up numerous pictures with him on Instagram and also featured him on her TikTok videos. Moreover, she hopes to master ballet and modern dance. Hannah never forgets to adorn a smile come what may! 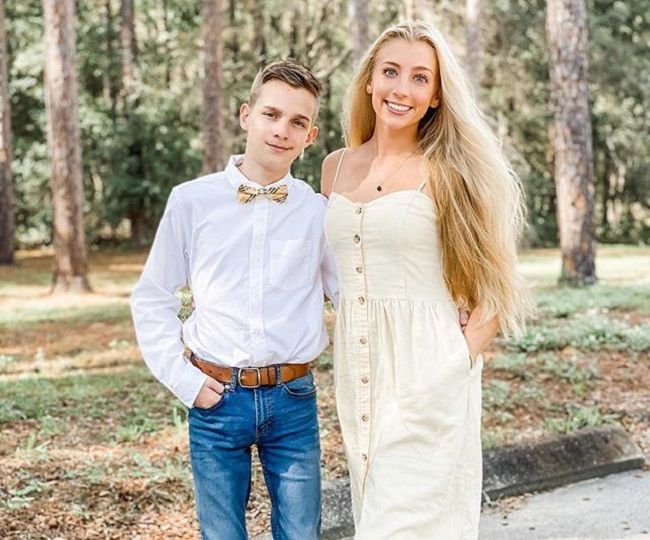 Hannah has earned all her stardom at a very tender age. She was known and acknowledged in her school and neighborhood as an excellent dancer and athlete even before she became a popular internet figure. People began to notice her even more after she uploaded videos on TikTok.

Her videos gained a lot of attention owing to her dexterity and creative content. Soon from thousands, she crossed the one million mark of followers on the app. Having become so popular, TikTok published a compilation of her videos and uploaded it on several social media sites, including Facebook. Furthermore, she is also a dancer with the South Florida Dance Company.

Hannah is famous on TikTok under the username ‘@hmddancer722’. She has won several contests on the app and her videos have earned shoutouts from Sia and Daddy Yankee. She was accepted into intensive dance programs at American Ballet Theatre, School of American Ballet, Joffrey Ballet School, NYC Ballet, and Orlando Ballet School. Moreover, her #AFVDad video was aired on ‘America’s Funniest Home Videos’. Hannah is an ambassador for Covet Dance, Empowered By You, Jo and Jax, Bluewater Dancewear, and Valleau Apparel.

Moreover, she created her self-titled YouTube channel on July 8, 2016. She would put out weekly videos that will cover a wide range of interests. She posts videos like dance tutorials, TikTok tips & tricks, D.I.Y. Videos, How-To-Videos, Triathlon videos, daily life, and travel vlogs. 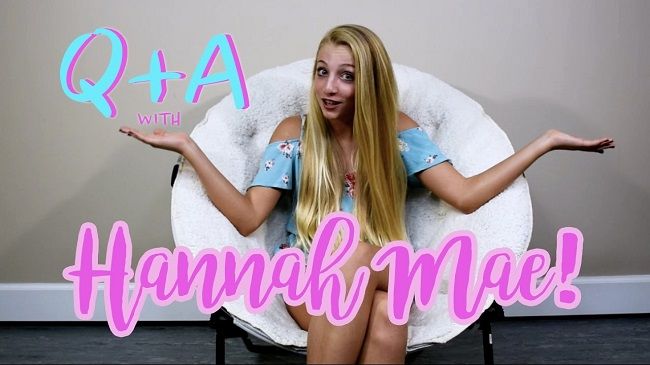 She has been agile and athletic from a very young age. Hannah loves to swim and has won several races too. Possessing the discipline required for a triathlon, she dedicates her time to training and workouts. Being an ace ballet dancer, she is pliable and strong. Even though she looks so dainty, Hannah pulls off some of the most difficult steps in ballet.

She has had the privilege of being trained under the legendary Wes Chapman at the American Ballet Theatre. Her favorite dancer is Mikhail Nikolaevich Baryshnikov, whom she aspires to replicate. Hannah has been accepted into Intensive dance programs at Joffrey Ballet School, NYC Ballet and Orlando Ballet School because of her dedication. 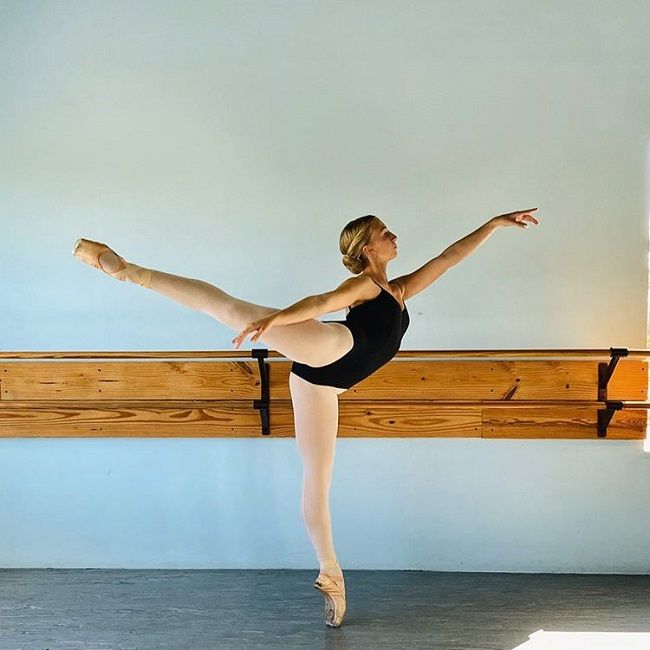 She is still young to be dating anyone yet. Hannah does have many admirers and well-wishers, but she is working to better her dance skills. However, she has kept her personal life low-key. She still has a lot of time to get involved in relationship stuff. However, she has managed to keep her private life personal and away from the face of social media over the years. It is possible that she is single as of now.

Similarly, she has not been in any rumors and controversies until now. There are no rumors of her being in any affairs. However, there are no rumors regarding her personal and professional life and she has a good profile. Her amazing work makes her a greater person.

Hannah is a pretty girl and has an attractive personality. She stands a height of 5 feet 4 inches tall. Similarly, she weighs around 54 kilos. She has a lean body type. Her chest-waist hip measurements are 30-22-30 inches or 96.5-66-91.5 cm respectively. Moreover, she wears a bra size of 30B. Hannah has blue eyes and long silky blonde hair. 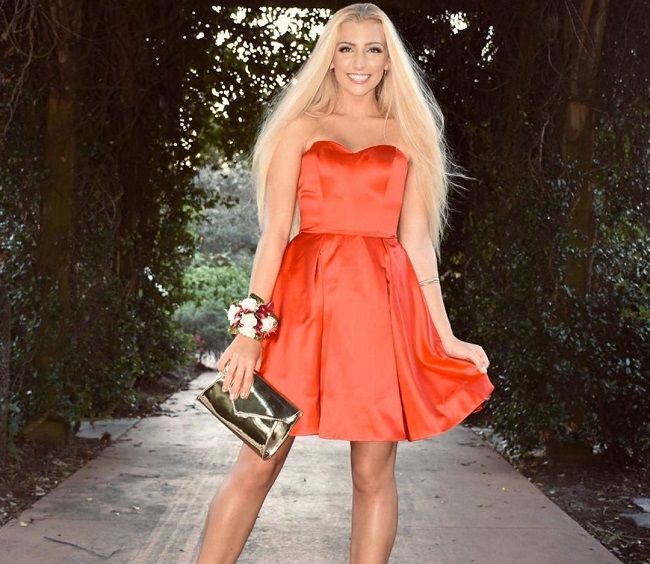 Her Instagram account ‘@hannahmaedugmore’ has earned over 97.2K followers. She has gathered over 2K followers on her Twitter account. Similarly, her self-titled YouTube channel has earned over 19.4K subscribers. She is famous on TikTok with more than 4.2 million followers and more than 354.5 million likes.

This rising social media personality surely earns a good amount of money. She might have earned a decent amount of money for herself throughout her career. However, she has not disclosed her earnings to the public yet.