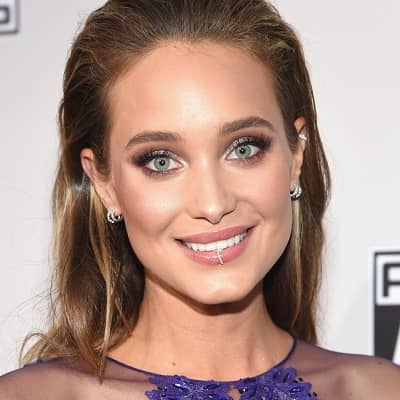 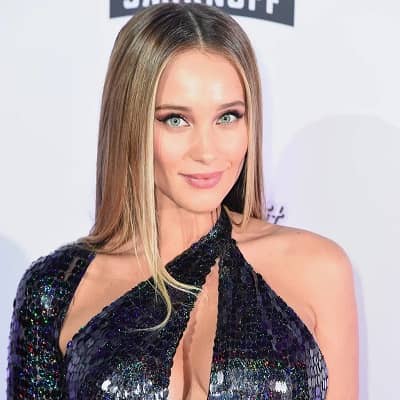 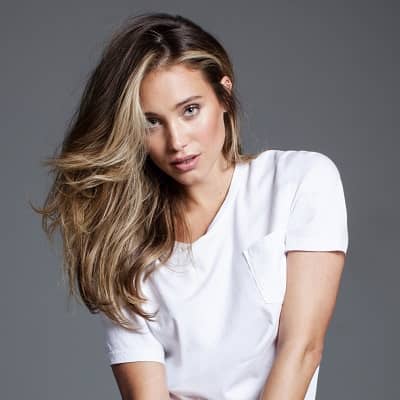 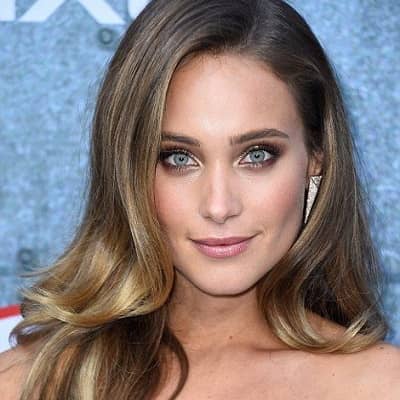 Hannah Jeter was born on 5 May 1990 and she is currently 32 years old. She hails from St. Thomas, U.S. Virgin Islands, and her zodiac sign is Taurus. Likewise, her birth name is actually Hannah Davis.

Talking about her family, Jeter has two elder siblings namely Conn Davis Jr. and Rachel Davis. Similarly, her mother’s name is Deborah (née Behm) and her father is Conn Davis. Also, Jeter is the niece of sportscaster Glenn Davis. Professionally, Hannah Jeter is a model and TV host. People recognize Jeter best for her appearances in the Sports Illustrated Swimsuit Issue which also includes the 2015 cover of the magazine. Moreover, she has also appeared in campaigns for many well-known brands including Ralph Lauren and Blue Label. Similarly, Jeter has also walked in their 2006 Spring/Summer runway show.

Moreover, this model was also the face of the Ralph Lauren fragrance called “Ralph Rocks”. This model additionally appeared on two individual covers for the Italian magazine “D” in the year 2006 and Mexico’s Elle in August 2009. Moreover, she also appeared in France’s FHM in September 2012 and South Africa’s FHM in April 2013.

Jeter has also worked as a model for Victoria’s Secret and American Eagle Outfitters. She has also modeled for Tommy Hilfiger and Levi’s. Additionally, this personality has starred in televised advertisements like the DirecTV Genie and also appears in a series of ads for the same company.

Furthermore, this model previously appeared in five editions of the Sports Illustrated Swimsuit Issue from 2013 to 2017. Jeter was also the cover model of the 2015 issue of the same magazine. Then in the year 2015, Jeter appeared in a bit part in the comedy film Vacation. Her role in this film was a flirtatious young woman driving a red Ferrari.

Moreover, she has worked as a host in Project Runway: Junior from 2015 to 2017. This model was also the 1st personality who was professionally billed under her married name in August 2016. Previously, this personality has played tennis since the young age of eight years old. Jeter was a champion on the Caribbean National tennis team as well as played on the Caribbean Tennis Circuit. Caption: Hannah Jeter posing for a photo with the casts of The Runway Junior. Source: SI Swimsuit

Hannah Jeter is a happily married woman. Her husband is Derek Jeter and the couple tied the knot on 9 July 2016. Her husband is a famous former baseball shortstop, businessman, as well as a baseball executive. In November 2015, her husband confirmed the news regarding their engagement. 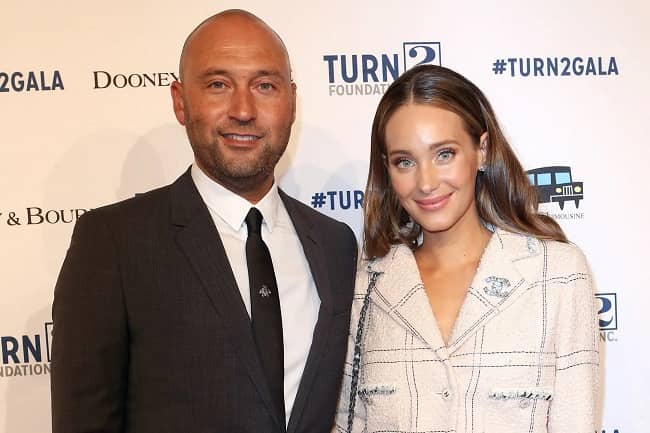 Caption: Hannah Jeter posing for a photo with her husband. Source: Page Six

Hannah Jeter stands tall at an approximate height of 5 feet 10 inches or 178 cm and her weight is around 55 kgs. Likewise, the model has a chest-waist-hip measurement of 34-26-35 inches respectively. The model has mesmerizing green eyes and blonde hair color.