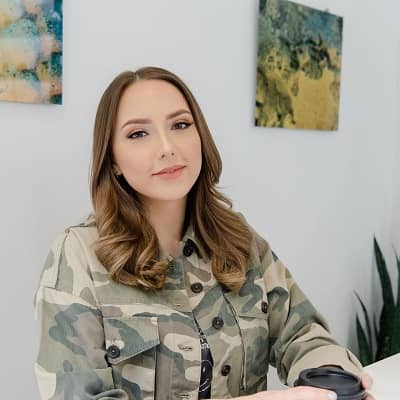 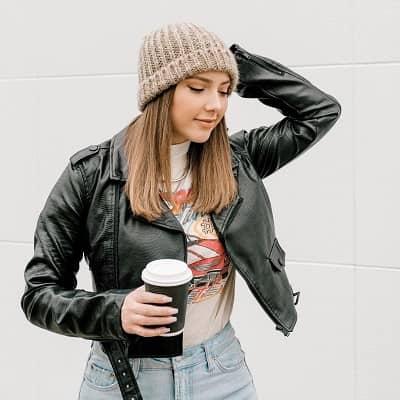 Hailie Scott is an American college student who is popular for being the daughter of hip-hop artist Eminem and Kim Scott. Hailie Scott appeared in her father’s 2005 “When I’m Gone” music video. She came to public attention for the first time because some of her father’s early tracks, such as ‘Hailie’s Song’ and ‘Mockingbird’ had references to her.

Hailie Scott was born on December 25, 1995, in Detroit, Michigan. She was born before Eminem became one of the biggest stars of all time in the music industry and her parents struggled to make ends meet and provide her with a decent upbringing. Her full name is Hailie Jade Scott Mathers. Her age is 25 years old and her birth sign is Capricorn. She holds an American nationality. 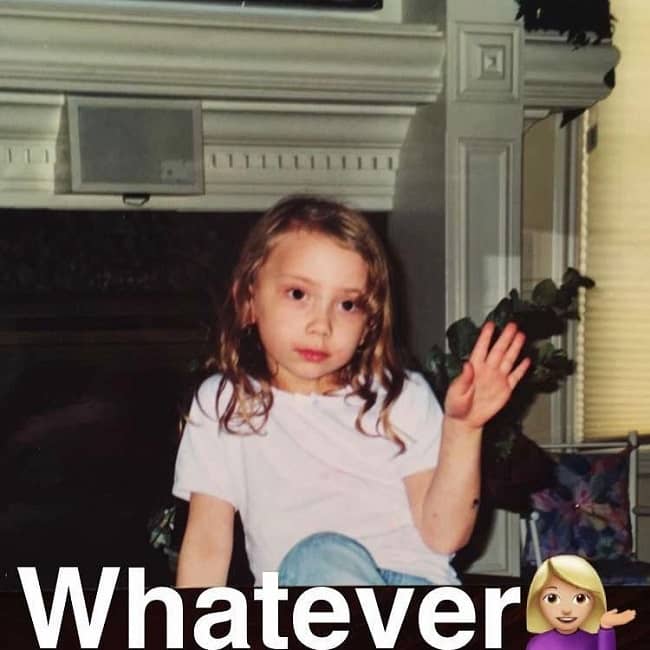 Caption: Hailie Scott when she was a kid (Source: Instagram)

Her grandmother is Debbie Mathers, and her uncle is Nathan Samra-Mathers. Her mother had a twin sister named Dawn Scott who passed away in 2016. Hailey grew up alongside Alaina Marie, who was her maternal aunt Dawn’s daughter, and Whitney, Kim’s daughter from another relationship. Both Alaina Marie and Whitney were adopted by Eminem. She grew up in a volatile household. A year after her birth, her parents split for a considerable time before getting back together once more.

In the late 1990s, her father gradually rose to success. Despite the financial security, Hailie had a troubled childhood because of the volatile relationship between her parents. She still continues to be a prominent subject of his music. While her parents had their differences, which often affected their individual relationship with her, they worked tirelessly to give her a normal upbringing. She has recently become popular as a social media influencer, with thousands of followers on Twitter and Instagram.

Despite being a popular star’s child, she had a fairly normal childhood when she was quite young. However, it started to change after ‘Hailie’s Song’ was released in 2002. The song told the story of pure bliss that Eminem experienced after he gained custody of his daughter. The 2004 track ‘Mockingbird’ was also all about her. The tone of this track was vastly different from ‘Hailie’s Song’. In ‘Mockingbird’, Eminem expressed deep regret for not being there for his daughter and desperately tries to assure her that both he and Kim love her, despite the distance circumstances have created between them.

Her father, Eminem, referenced her in some of his hit songs, including “Mockingbird,” “Airplanes Part II,” and “Going Through Changes.” Her father worked sixty hours per week during the six months after her birth. Her father’s album Infinite contained references to the struggles he experienced while raising her. In the ensuing years, she has been mentioned time and again in his tracks, from ‘When I’m Gone’ (2005) to ‘Castle’ (2017) and ‘Arose’ (2017), and she continues to be the most important inspiration for his music. 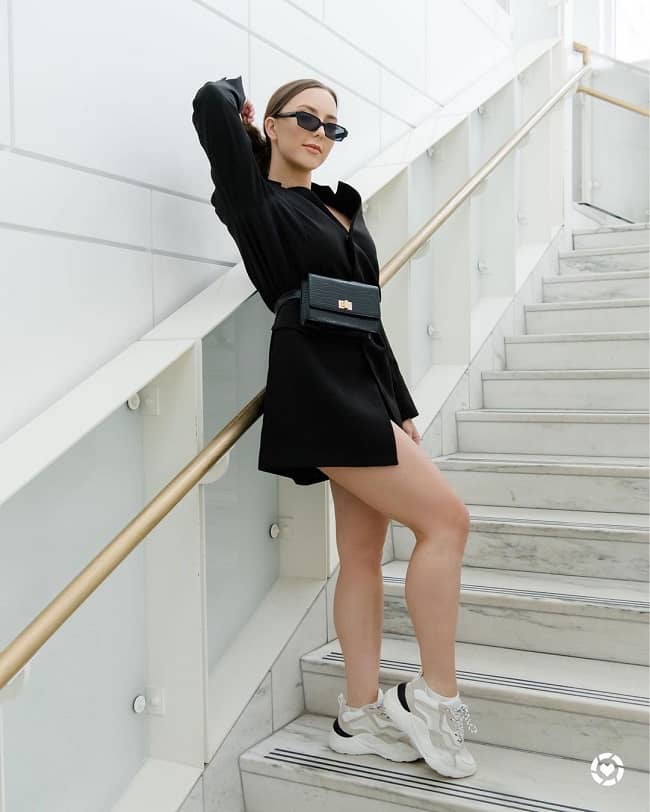 The popular personality earns quite a good amount being a social media influencer. Her net worth is approximately $1 million. And her income source is from her social media accounts and by cooperating with some companies as well. Hailie is living a great life and she fulfills each need easily. However, information regarding her apartment, cars, etc is not available.

Hailie’s parents, Eminem and Kimberly “Kim” Anne Scott met during high school days. After Kim and her twin sister Dawn ran away from their home in 1987, Eminem convinced his mother to let them stay at their place. Soon, a relationship developed between the two. Then she was born on December 25, 1995. Four years later, in 1999, her parents got married, only to file for divorce in 2001. Eminem and Kim remarried in January 2006 but he sought divorce again in April.

Now talking about her relationship status, she seems to be in a relationship with Evan McClintock. The two met while they were students at Michigan State University. People think it would be daunting to date Eminem’s daughter. But she and Evan have been dating for a couple of years and a source close to Mathers revealed that her family has welcomed McClintock into the fold.

The couple is not hard partying. They like cozy nights in with their dogs. Mathers and McClintock appear to still be quite happy together, judging by Mathers’ recent birthday celebrations. She shared a bunch of fun snaps from her 24th birthday, which took place at a roller rink, on her Instagram page. McClintock appears in a few of them, with his arm around Mathers, and another where the couple is holding hands. 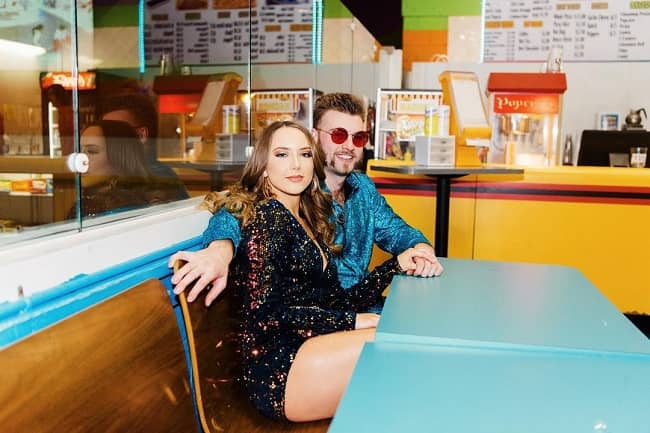 In 2001, her mother Kim was arrested and charged with cocaine possession; however, she was not convicted. Two years later, she was charged with felony possession of cocaine, driving with a suspended license, and unsafe driving near a stopped emergency vehicle. This time, she was given a sentence of 30 days in jail after she violated her probation. In 2017, Eminem put out the track, ‘Bad Husband’, in which he apologized to Kim for the pain he had caused her.

Regarding Hailie’s body measurement, she has a slim body type. She has a height of 5 feet 7 inches and weighs 55 kg. Similarly, her body measurement is 34-26-35 inches and her bra size is 34B. She has a pair of beautiful hazel blue eyes with golden-brown hair. She often does her hair to blonde as well. We can see her amazing, healthy, and beautiful pictures of her on her Instagram.