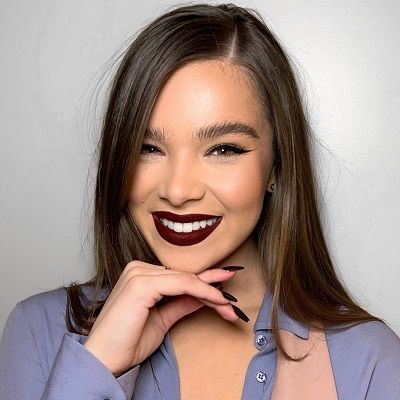 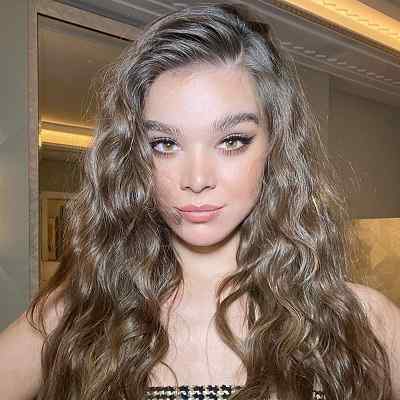 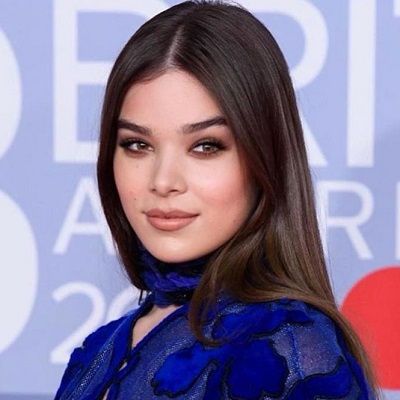 Hailee Steinfeld is a prominent young American actress, singer, and songwriter. Hailee Steinfeld is most popular for her breakthrough role as Mattie Ross in the drama western film “True Grit”. For this role, Hailee received a nomination for Academy Award for Best Supporting Actress.

What is the relationship status of Hailee Steinfeld?

Hailee Steinfeld is currently enjoying her single life and focusing on her career and family. Her most recent romantic relationship is with the British singer Niall Horan. Niall is a former member of one of the most successful British boyband, One Direction. Prior to Niall, Hailee was in a romantic relationship with Cameron Smoller.

After their break up, Niall admitted that he is a really crappy communicator and that might be a reason for the couple’s downfall. Niall said:

“I’m a bad communicator in relationships. I struggle to talk about things. I don’t like to let things build up in me and songwriting does help get it out but it can happen too late.”

To talk in detail about the pair’s relationship, Hailee and Niall were friends before they started dating. The rumors started in December 2017 when Niall shared an Instagram post wishing Hailee a happy birthday and called her “the loveliest person on the planet and one of my best friends.” Later, People spotted the duo on a date night by February 2018. From there onwards, the pair were often seen together. However, they rarely showed up at formal events as a couple.

In an interview with Cosmopolitan, without mentioning the name, Hailee opened up about falling in love. She said:

“When you fall in love, you pick up on the tiniest things about yourself. I am one to spread out on the mattress and take up every inch of space. Now I don’t want to do that anymore. I want to make as much room for you as possible.”

Moreover, among several occasions, the couple also attended a Backstreet Boys concert, at music events, and at casual dinners throughout 2018. At the Backstreet Boys show in Vegas in February 2018, the couple was seen getting cozy. After that, Hailee flew across the oceans to be a special guest at the Brixton stop of Niall’s “Flicker” tour in March 2018.

In April, the pair went to a Bahamas trip and also shared a rental home in Atlanta for the U.S. Masters golf tournament. Then in the month of May, the lovers proceeded to party in Los Angeles and kiss backstage following Hailee’s performance at BBC Music’s The Biggest Weekend festival in Swansea, in Wales.

Later in July, Niall flew to New York and spent his 3-days tour break with his sweetheart. Similarly, in mid-August they were seen on a shopping trip in LA. Things got quiet between the two after all these events together. Hailee dropped a song titled “Wrong Direction” in early January 2019. Then in early 2020, she recalled the self-centeredness of her former flame with this important line: “on my tiptoes, but I still couldn’t reach your ego…”

“I used to be quite reserved and sometimes take the safe option. Even in the last 18 months to two years, having a relationship, then that ending and then writing about that, when it been quite raw – I’ve learned a lot about myself off the back of that. Usually, I would have written a quite selfish song. When I sat down to write a ballad, it was always going to be sad and it’s going to be about me. When I started to come up with the concept for this album, I was thinking about all the different aspects of that breakup, from other people’s views, from the other person’s view and the different phases of it.” 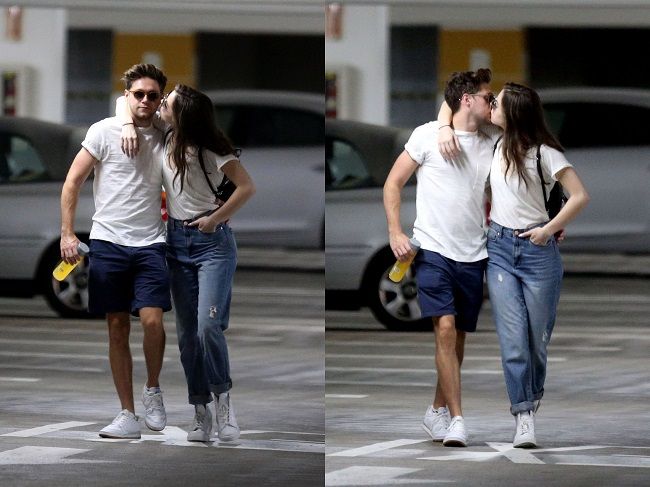 The gossip mill often linked Hailee to other young Hollywood stars. Most notable of them all are Justin Bieber and Douglas Booth, who happens to be her Romeo and Juliet costar. However, amid all the rumors and gossips, Hailee was actually in a romantic relationship most of the time. As per reports published by J-14, Hailee dated Cameron Smoller from 2016 to late 2017.

The lovebirds often shared photos featuring each other on their Instagram handles. They also made public debut as a couple at the 2017 Golden Globes party. Cameron also accompanied Hailee to several other events that year. However, the last photo they shared featuring each other was in November 2017. Hence, we can assume that their breakup happened sometime late in 2017.

Hailee Steinfeld’s Twitter account was hacked on September 21, 2018. The hacker posted a series of now-deleted tweets from the actress’s account and accused her of using the n-word. “Lol Haley Steinfield is racist just found a dm of her using the n-word,” the first tweet read, misspelling the actress’s name.

The hacker then posted a screenshot from the alleged DM, which reads, “jeez what a f***ing n*****.” The rest of the conversation is not shown. This could’ve very well been edited. In the last tweet, the hacker wrote, “Hailee is canceled she really said the n-word in the DMs lol SHE’S BEEN CANCELLED SIS.”

After being hacked and accused of using the n-word in an alleged DM, Hailee tweeted this on the same day:

“Hi everyone, my Twitter was clearly hacked. Everything is back to normal. Love you all. Thank you for looking out for me!”

“Guilty of Comparing Myself”

Ever since releasing her first single “Love Myself” in 2015, Hailee Steinfeld has continued to spread a message of positivity. However, she admits that even she has days when it’s tough to feel confident. She adds:

“Scrolling through Instagram, I’ve been guilty of comparing myself. But instead, I’m like, ‘Wow, I admire her dedication. If I want that, I can work for it.’ You can feel unconfident, that’s normal. But you can also do whatever you want to feel confident, and if that means changing something about yourself, do it. There’s nothing wrong with that.”

Hailee says that surrounding herself with inspiring women has also helped her become empowered. She also adds, “I started to feel like, just in a two-minute meet-and-greet with a fan or working with women on my team, there’s so much to be motivated by.”

On days when she’s feeling low, she turns to a workout to “sweat it out.” Her workout time often means the family time since her trainer is her father, Peter. Furthermore, Hailee Steinfeld names swimming as her favorite workout. However, she also adds that while she’s on the road with Charlie Puth for his Voicenotes tour, she does a lot of circuit training. She also makes sure to always have a jump rope and resistance band to turn any space into a gym.

Hailee Steinfeld was born on 11 December 1996 and she is currently 23 years old. She is originally from the Tarzana neighborhood of Los Angeles, California. Her mother’s name is Cheri (née Domasin) and she is an interior designer. Likewise, her father is Peter Steinfeld, who is a personal fitness trainer. Furthermore, Hailee’s full name is Hailee Puring Steinfeld. Her middle name is her mother’s maiden name.

Moreover, Hailee also has an older brother named Griffin. Hailee and Griffin are very close to each other and they often share each other’s photos on their respective social media accounts. Additionally, Hailee’s paternal uncle is a fitness trainer named Jake Steinfeld, and her maternal great uncle is former child actor Larry Domasin. Furthermore, Hailee’s maternal first cousin is actress True O’Brien and she appeared in a TV commercial when Hailee was only eight years old. This commercial of her cousin inspired Hailee to try acting as well.

Talking in more detail about Hailee’s family, her father is of Ashkenazi Jewish descent whereas her mother is Christian. Her maternal grandfather’s name is Ricardo Domasin and he was of half Filipino (from Panglao, Bohol) and half African-American descent.

Hailee Steinfeld grew up in Agoura Hills and later in Thousand Oaks, California. There she attended Ascension Lutheran School, Conejo Elementary, and Colina Middle School. Later, she home-schooled from 2008 until her high school graduation in June 2015. 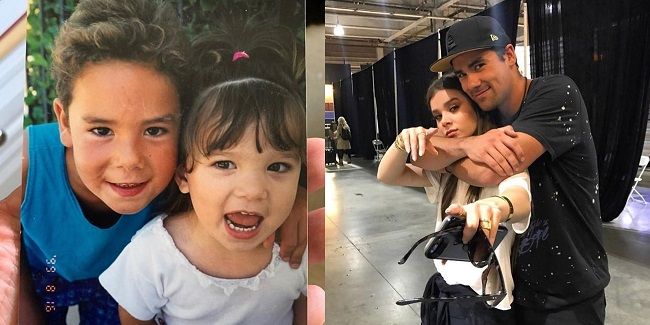 Caption: Hailee Steinfeld with her brother Griffin in their past and present photos. Source: Instagram

At an early age, Hailee appeared in several short films to gain experience. More precisely, she played the role of Talia Alden in She’s a Fox released in 2009. This film received several awards. Also, True Grit released in 2010 is Hailee’s debut in a feature film for theater. For this, Hailee played a major role, Mattie Rose, alongside Jeff Bridges, Josh Brolin, and Matt Damon.

She got huge attention for her performance in this movie, and she was nominated for the ‘Best Supporting Actress’ Academy Award. Prior to getting the role, Hailee auditioned eight times for the role of “Mattie Ross”. Moreover, she also presented at the 2011 Golden Globes with Justin Bieber. Prior to all these, Hailee was a cheerleader for eight years. Then in May 2011, Miu Miu chose Hailee as its new face.

After a brief break, Hailee appeared in several films released in 2013. In Shakespeare’s Romeo & Juliet released in 2013, Hailee played the role of Juliet alongside Douglas Booth. Also, she appeared in Ender’s Game as Petra Arkanian. This movie is based on the book written by Orson Scott Card and Gavin Hood is the director of this movie. She also appeared in the short film The Magic Bracelet (2013), alongside Bailee Madison, as Angela.

Later, in 2014, Hailee appeared in 3 Days to Kill (2014), released on 21 February 2014. She played the major role of Zoey Renner. She was the daughter of Kevin Costner in this movie. In Hateship Loveship, Hailee played Sabitha with Kristen Wiig. Hailee Steinfeld performed the role of Emily Junk in Pitch Perfect 2 (2015) and also starred in Barely Lethal with Jessica Alba. Hailee filmed the movie, 10,000 Saints playing the role of Eliza, again opposite Asa Butterfield.

In 2016, Hailee starred in the teen comedy-drama The Edge of Seventeen for which she received a Golden Globe nomination for “Best Actress in a Motion Picture – Comedy or Musical”. The same year, Hailee also released a hit single “Starving” in collaboration with American duo Grey and Russian-German DJ Zedd. This song made it to #1 of the Billboard Ingles Airplay chart in Mexico.

Furthermore, director Caillou Pettis stated publicly in one of his YouTube videos that he thinks that Hailee Steinfeld is “one of the most amazing actors working in this generation”. 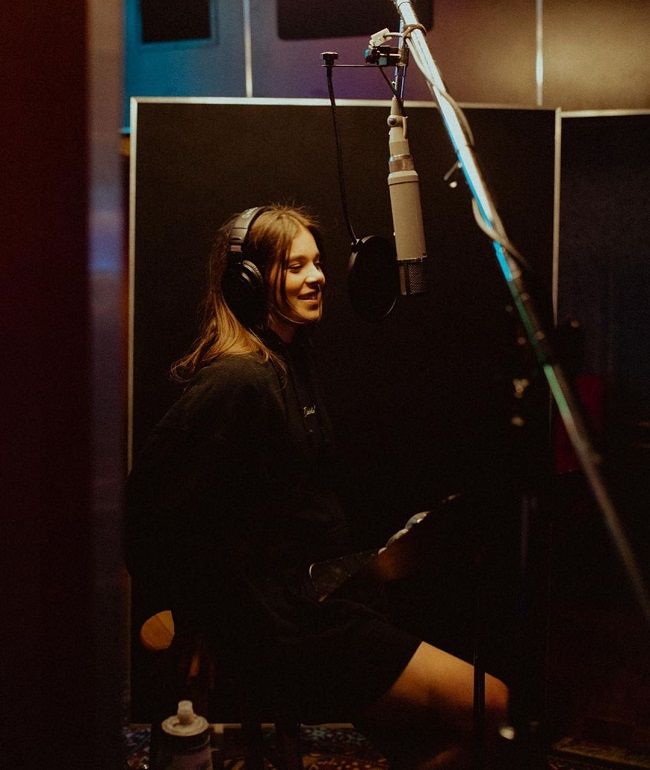 Hailee Steinfeld has done endorsements for a variety of charities. Most of them are focused on improving children’s lives. The list of charities that Hailee has endorsed includes:

In the year 2016, Hailee Steinfeld also participated in singing “Santa Claus Is Coming to Town” with her fellow singers and celebrities. This helped raise money to aid New York City’s homeless during the holiday season. “Robin Hood“, a New York City organization that focuses on fighting poverty, helped make this event happen.

Furthermore, Hailee also made several public appearances during charity events. Some of them are during WE Day California 19, iHeartRadio Jingle Ball 2015 tour, and Breast Cancer Foundation’s 2014 Hot Pink Party.

Talking about Hailee’s body measurement details, she stands tall at a height of 1.73 m or 5 feet 8 inches. Similarly, she has an approximate weight of 59 kgs. Moreover, Hailee has a chest-waist-hip measurement of 34-27-35 inches respectively and wears shoe size 10, dress size 8, and bra size 32B as per US standards. Also, Hailee has light-brown eyes and hair of the same color.

Hailee Steinfeld is very active on various social media sites. She joined Twitter in July 2011 and has 1 million followers at present. Similarly, she is also available on Instagram and Facebook with 13.1 million and 1.48 million followers as of April 2020. Also, she has her self-titled Youtube channel with 3.82 million subscribers and 1,318,844,681 views so far. She joined the Youtube community on May 18, 2015. On her channel, she shares vlogs as well as official music videos.

Moving on, Hailee Steinfeld’s net worth estimation is $8 million dollars. Her involvement in the entertainment industry heavily influences her net worth and earnings. Moreover, some reports indicate that Hailee receives approximately $400,000 as her annual salary for her role in films and TV shows.