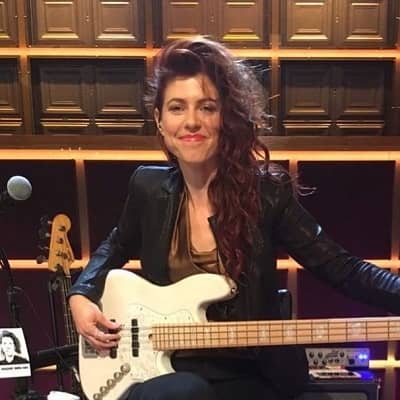 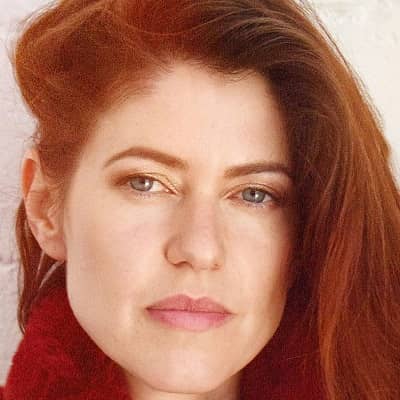 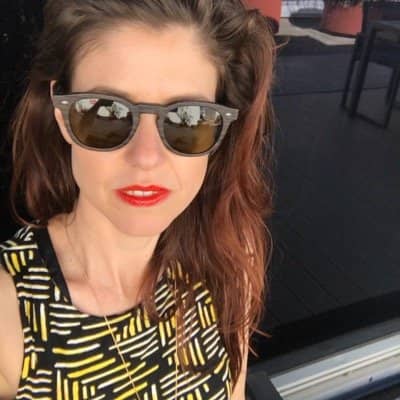 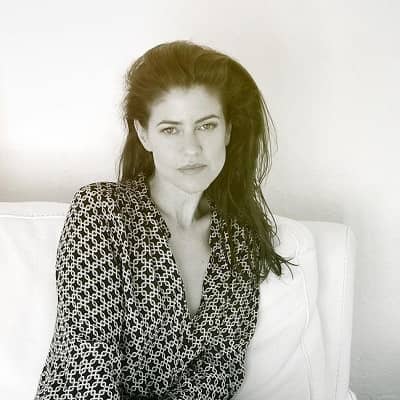 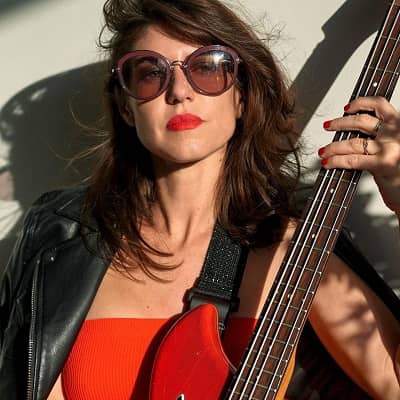 Hagar Ben Ari was born on 7 March 1980 and she is currently 41 years old. She hails from Givatayim, Tel Aviv-Yafo, Israel, and her zodiac sign is Pisces.

Talking about her family, her father is Carlos Ben Ari but her mother’s identity is undisclosed. Likewise, her father is a guitar teacher who introduced her to the world of music. Additionally, she also has a sister, whose identity is also kept private. 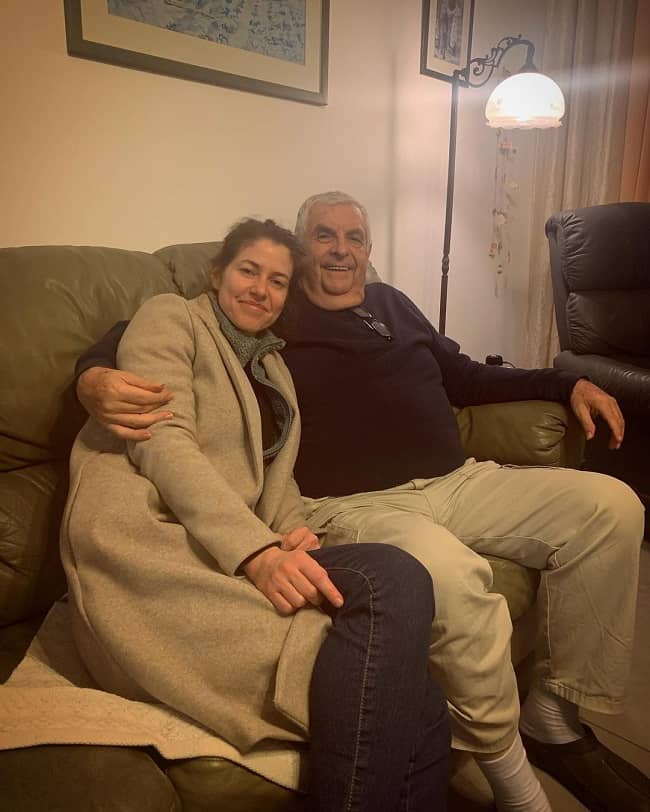 Caption: Hagar Ben Ari posing for a photo with her father. Source: Instagram

Talking about her social media presence, the guitarist joined Twitter in August 2009 and so far has over 6.1k followers on her @hagarbenari account.

Professionally, Hagar Ben Ari is a guitarist and member of The Late Late Show With James Corden house band. Her father was the one who introduced her to early music education.

This personality then 1st learned to play the recorder and guitar. Additionally, her father was the one who urged her to try her sister’s electric bass guitar at the young age of 14 years.

Moreover, this famous guitarist names Meshell Ndegeocello and Charles Mingus as her early musical influences. Some other influences include Chuck Rainey, Pino Palladino, and Paul Jackson.

Yossi Fine is the former bassist of Meshell Ndegeocello and was also her compatriot. With Yossi, Ari rehearsed and quickly became famous locally in Israel.

Later on, this female guitarist toured Europe with Achinoam Nini. She also became the leader of the house band of the comedy talk show Rashut Habidur. This show was later renamed as Ha’Rishon Ba’Bidur.

Moreover, the host of this show is Dudu Topaz and this is one of the most successful shows in Israeli TV history. 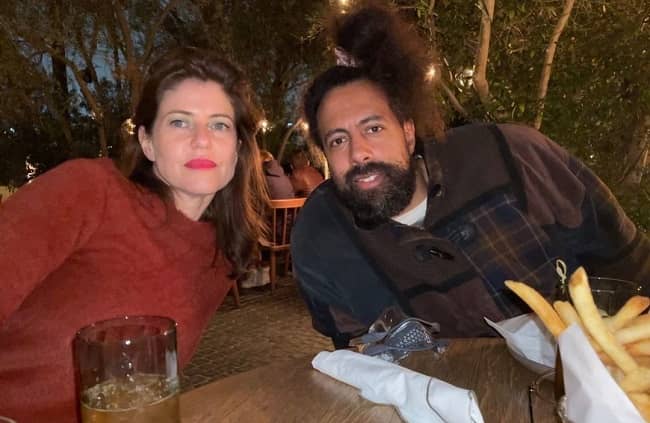 In search of new opportunities, this personality then emigrated to the United States in the year 2003. In the States, she settled in New York City. She then became a four-year member of “The Pimps of Joytime”.

It is a soul band from the borough of Brooklyn.

They also appeared at the Newport Folk Festival. Following this, this guitarist supported singer Grace Potter and opened for the Rolling Stones. Likewise, she also filled in at the Broadway show Kinky Boots.

Furthermore, they also did many more collaborations including the ones with Allison Miller’s Big Molasses, Jason Crosby, and Teddy Kumpel. They also performed at the Red Hook Jazz Festival in the year 2013.

This guitarist then joined the band, Karen. It is Reggie Watts’ band and Reggie is a multi-instrumentalist and improv artist.

After she jammed with this talented artist, she joined his band. The band – Karen – has been the house band on The Late Late Show with James Corden since March 2015.

Besides the band’s appearance in the TV show, they also have frequent off-show appearances. Furthermore, Ari mostly plays a Fender Precision Bass. Moving on, this famous guitarist has a net worth of around $1 million US dollars. 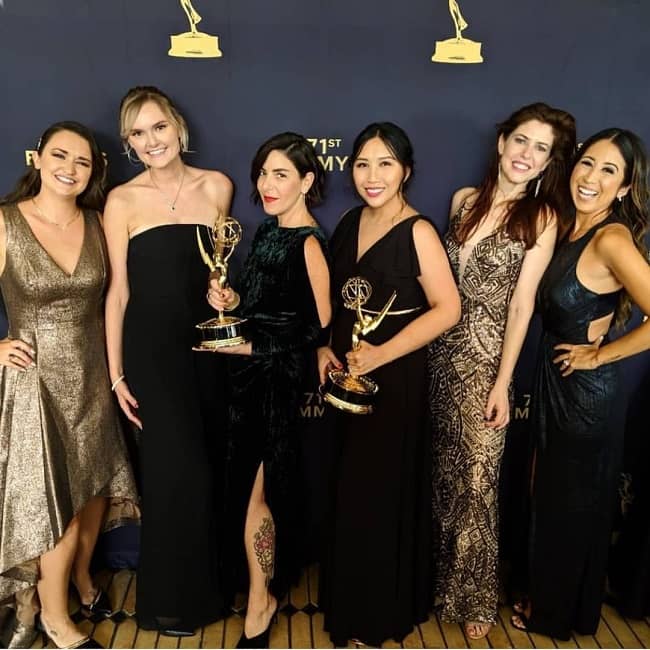 Caption: Hagar Ben Ari posing for a photo with her colleagues a. Source: Instagram

Hagar Ben Ari is dating Nadav Peled. Nadav is also a musician and an Israeli. Despite both of them being Israelis, the two met each other in Brooklyn, USA. The lovers live in Los Angeles at present.

Hagar Ben Ari stands tall at an approximate height of 5 feet 8 inches or 172 cm. Likewise, the bassist’s body weight is around 60 kgs or 132 lbs. Similarly, this personality has chest-waist-hip measures of 34-25-35 inches respectively.

This guitarist has hazel blue eyes and brown hair color. 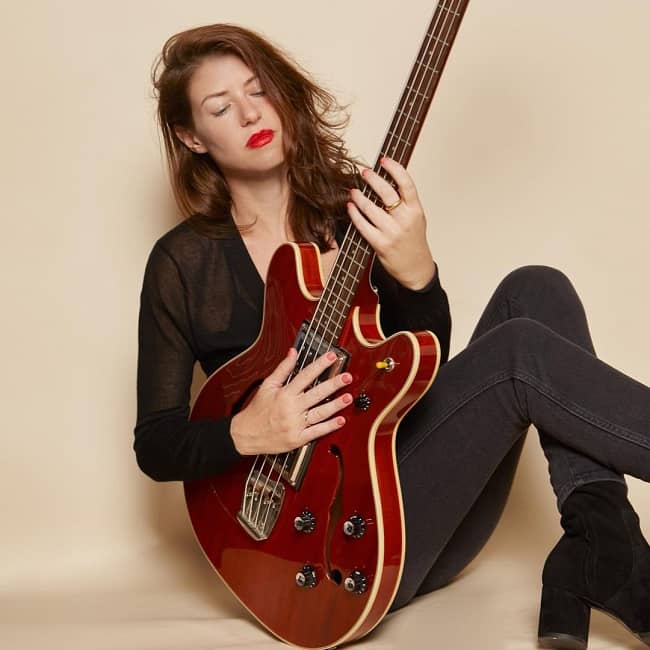 Caption: Hagar Ben Ari in a photoshoot with her guitar. Source: Instagram