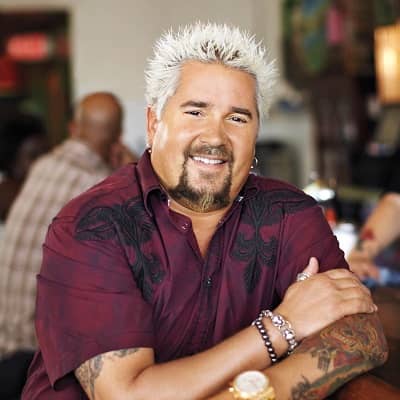 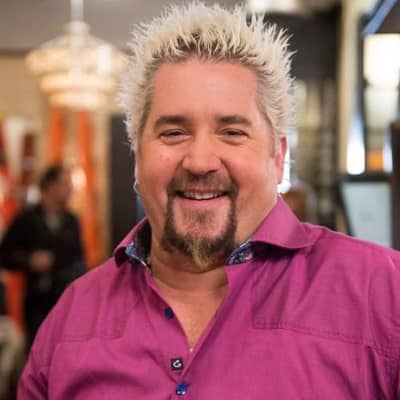 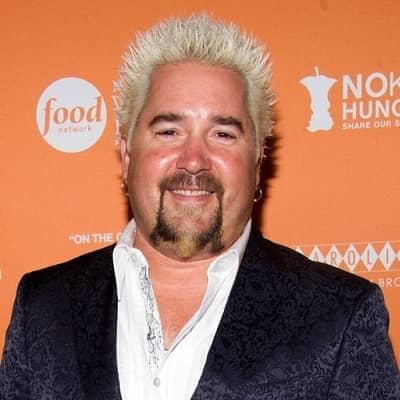 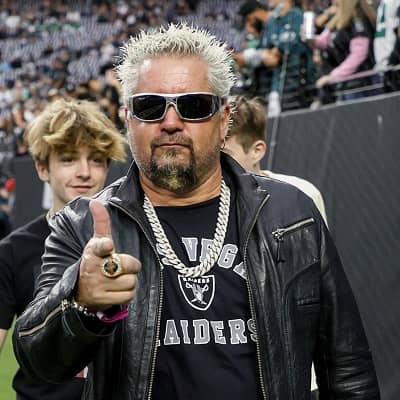 Guy Fieri is a famous American TV presenter, restaurateur, and author. Guy Fieri is well-known for his TV shows like Guy’s Restaurant Reboot and Guy’s Grocery Games among others.

Guy Fieri was born on 22 January 1968 and he is currently 54 years old. He hails from Columbus, Ohio, and his zodiac sign is Aquarius. Likewise, his full name is Guy Ramsay Fieri. Talking about his family, his parents are father Lewis James Ferry and mother Penelope Anne (née Price). Growing up, he lived in Ferndale in rural Humboldt County, California.

Talking about his educational journey, Fieri was a foreign exchange student in France during his high school. In France, the young lad developed his interest in food and cooking. For his further studies, he attended the University of Nevada, Las Vegas. From there, this lad graduated in the year 1990 and obtained a Bachelor of Science in Hotel Management. 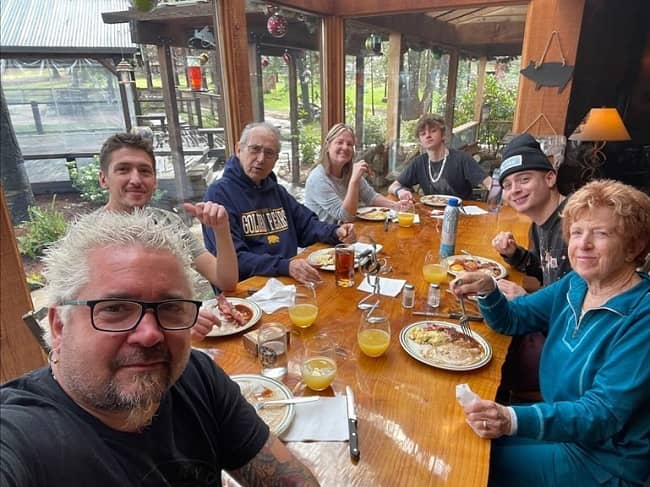 Caption: Guy Fieri posing for a photo with his whole family during a Christmas dinner. Source: Instagram

Professionally, Guy Fieri is primarily a restaurateur. Besides this, he is also a famous author and an Emmy Award-winning TV presenter. This personality co-owns three restaurants in California. Further, this restaurateur also licenses his name to restaurants in New York City and Las Vegas, Nevada.

Additionally, people recognize this personality for being the host of various TV series on the Food Network. By the year 2010, The New York Times reported that this restaurateur had become the face of the network. The New York Times also reported that he brings an element of rowdy, mass-market culture to American food television. Likewise, they also mentioned that this personality’s prime-time shows attract more male viewers than any others on the network.

Talking about the beginning of his career, Fieri started off his association with food in grade school in Ferndale. At the time, he sold pretzels from his Awesome Pretzel cart. Back then, he also washed dishes to finance his trip to France for his studies. 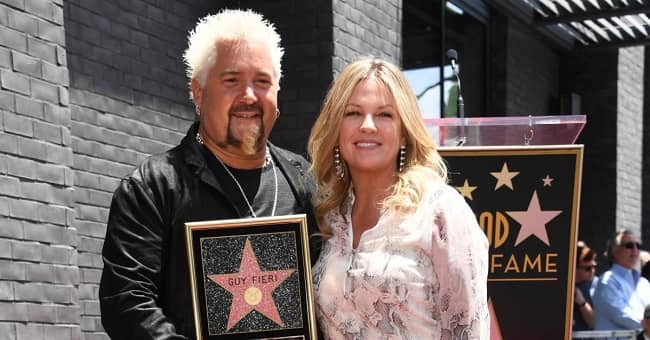 Caption: Guy Fieri posing for a photo with his wife when he received his own star on the Hollywood Walk of Fame. Source: Distractify

Guy Fieri is a happily married man and his wife is Lori Brisson. The two met each other for the first time when his wife came into a restaurant he was managing. This incident took place in Long Beach, California. The lovers then tied the knot in the year 1995.

When they married, this personality changed his surname from Ferry to Fieri. He did this as an ode to his paternal grandfather, Giuseppe Fieri. His grandfather was an Italian immigrant who had anglicized his surname to Ferry after arriving in the USA.

Moreover, the couple lives in Santa Rosa, California. The couple has two sons namely  Hunter and Ryder. The family lives together with their nephew Jules. Jules is Fieri’s sister’s child. His sister passed away in the year 2011 due to metastatic melanoma. Following this unfortunate life incident, he decided to take care of his then 11-year old nephew. 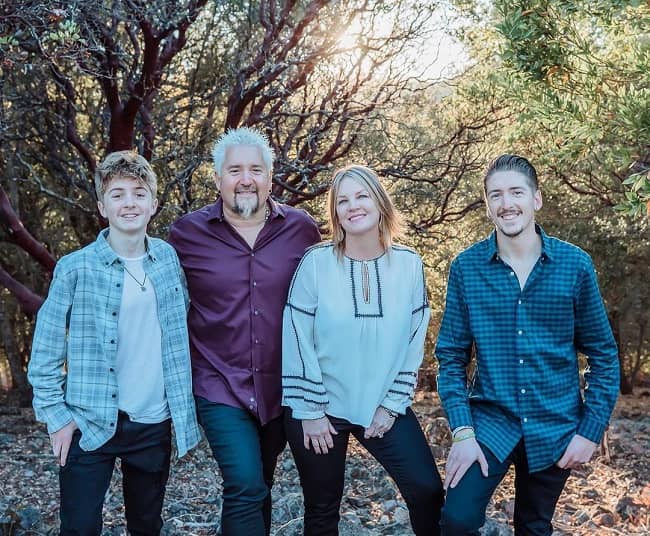 Caption: Guy Fieri posing for a photo with his wife and children. Source: Instagram

Guy Fieri stands tall at an approximate height of 6 feet or 183 cm and his weight is around 203 lbs or 92 kgs. Other than this, the restaurateur’s other body measurement details like his dress size, biceps, chest-waist-hip measures, etc. are all under review. Moreover, this restaurateur has dark brown hair and eyes of the same color. However, he is well-known for his blonde-dyed hairstyle.

Talking about his social media presence, Guy Fieri joined Twitter in March 2009 and so far has over 3.4 million followers on his @GuyFieri account. Likewise, his username on Instagram is @guyfieri and as of February 2022, this account has garnered more than 1.8 million followers. Also, he has 1.3 million followers on his Facebook profile. Moving on, this famous personality has a net worth of around $50 million US dollars. Similarly, his family bought a home in West Palm Beach, Florida, in the year 2021.