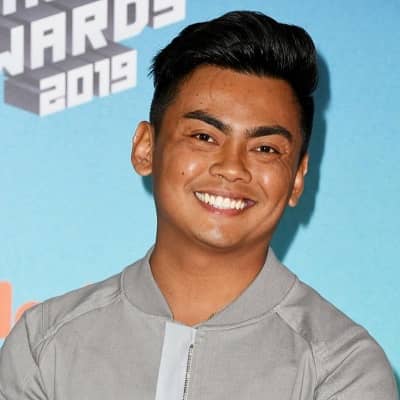 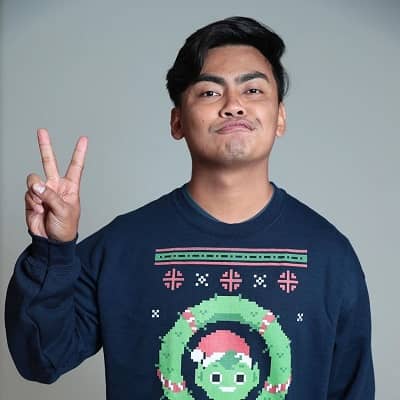 Guava Juice is a famous YouTube star who gained fame as one half of the duo in charge of the YouTube channel Wassabi Productions. Guava Juice has a personal YouTube channel as well with over 15.7 million subscribers. Moreover, he has also been known online as Roi Wassabi.

Guava Juice’s real name is Roi Fabito. He is 29 years old. He was born on August 21, 1991, in the Philippines in Pangasinan, Dagupan City, as illustrated in his Draw My Life video on Guava Juice 2. At the age of two, he relocated to Durham, North Carolina as his mother got offered a job in the state. After two years, Roi had a little brother named Reymound.

Initially, he had very difficult during school life since he didn’t know the English language. Though he got enrolled in an English Second Language course and got by easily. Soon he welcomed his younger siblings: brother, Russell, and sister, Ariel. He holds Filipino-American nationality. 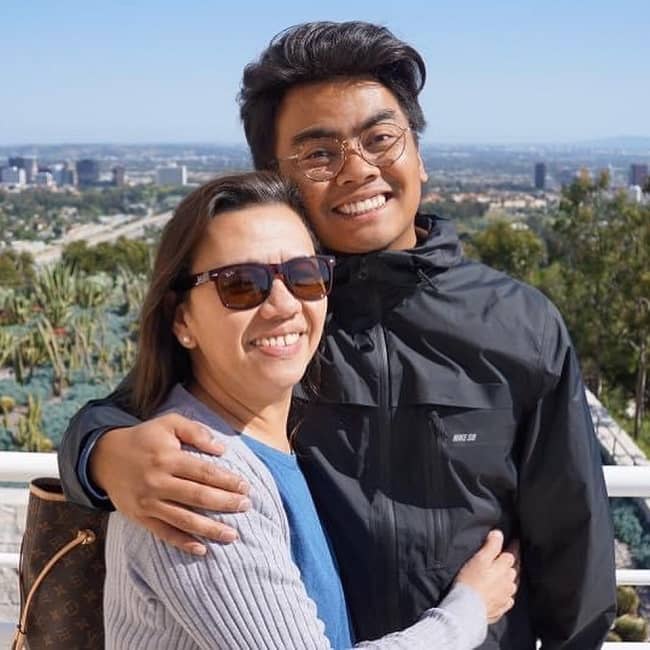 Caption: Guava Juice posing for a photo with his mother (Source: Instagram)

He has mentioned himself as an extremely shy and timid being a kid. Later hen has grown up to huge contrast to what’s shown on his YouTube channel today. He enjoys sports and plays basketball and soccer in his spare time, as a kid was also a part of his school’s basketball team.

Moreover, talking about his other educational background, he attended Durham Tech Community College to study nursing after High School. However, he left and enrolled at North Carolina State University in a Computer Engineering course only to leave again due to his lack of interest. Further, he has also received he received an undergraduate degree in film studies.

Roi Fabito a.k.a Guava Juice (formerly aynakoitsroi), is a Filipino-American YouTuber who rose to fame for his challenge videos, DIYs, and experiments. He is also a former member of the channel Wassabi Productions before his departure in 2016.

Before starting on YouTube, he received an undergraduate degree in film studies and created his first content for YouTube in July of 2006. He first entered to YouTube community in 2006, making random videos and quickly gained popularity only a few years later.

He started working with Alex Wassabi on their hit channel, Wassabi Productions in early 2016 and stopped at around late 2016, October. However, he still collaborated with Alex on his channel quite often.

Previously, he was highly involved in a channel called Wassabi Productions, where he and Alex Burriss (Alex Wassabi) did several videos whilst playing his character, Roi Wassabi. Together the duo performed many challenges, funny videos, lip syncs, parodies, and other different types of videos. Roi made his biggest debut on YouTube with a viral video, “Carly Rae Jepsen CALL ME MAYBE – Rolanda & Richard (Parody)”. It became a huge success earning over 100 millions of views.

Shortly after his retirement from Wassabi Productions, he started making gaming videos for his channel, until he determined that gaming wasn’t his style. Then, he made several challenges, experiments, DIYs, and other different sorts of videos. He also did bath challenges. There are additionally some games he played, such as Crocodile Dentist, even doing pranks. 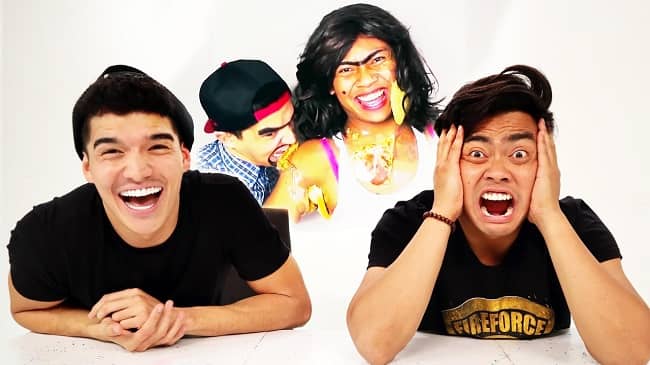 His music videos are quite popular among the viewers. Two of the most popular music video are “I Love Fidget Spinners (Official Music Video),” and “Guava Juice – Driving In My Whip (Official Music Video).” These videos are quite humorous and interesting to watch. The first song featured about his love for fidget spinners and has garnered more than 32M views. Likewise, the second song featured him buying his dream car the other day and has garnered more than 17M views. 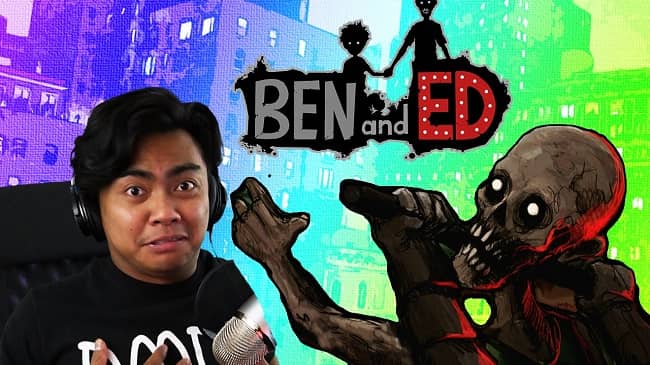 Eventually, he has created more YouTube channels. He created his second youtube channel Guava Juice 2 on February 10, 2012. He put extra random shenanigans in here that the viewers can’t find on the regular Guava Juice channel. The channel has currently amassed more than 3.36 million subscribers with over 686 million total views.

Likewise, he also had the Guava Kids channel which is currently not active. However, he used to shares videos especially focused on the kids. The channel consists of super cool stuff in here including candy, shapes, gummies, toys, colors, and more. And it has already garnered more than 123K subscribers.

Similarly, he created his gaming YouTube channel Guava Juice Games on October 7, 2017. The viewers of Guava Juice with gaming interest can find fun over the channel as it’s all about the video games. He even plays Roblox and has YouTube series like RONALD VS GUAVS, ROBLOX!, and The Piggy vs Guavs SAGA. And also stream live on the following channel.

Some of the popular gaming videos uploads are “ESCAPE GRANDMAS HOUSE!,” “ESCAPE THE MINIONS!,” “STRONGEST HUMAN ON EARTH!,” and “ESCAPE THE DUNGEON (FatPaps).” As of today, his gaming YOuTube channel has garnered more than 829K subscribers.

The famous YouTuber Guava Juice with several YouTube channels has obviously bagged a decent sum of money. He has even earned silver, golden as well as diamond play button through his huge success on YouTube. Additionally, he even has his own merch where he sells apparel, t-shirts, hoodies, hats, accessories, guava toys, and so on. Therefore, his estimated net worth is around $18 million dollars.

Roi a.k.a Guava Juice is in a long-term relationship with his girlfriend Monette. Apparently looking through their social media handles they have been sharing their picture since 2012. However, they seem to be dating for over 8 years. Recently on June 23, 2020, the duo celebrated its anniversary. This relationship looks mesmerizing and might be getting linked to the marriage relationship very soon in the upcoming years. Further, his girlfriend has appeared in some of his YouTube videos. 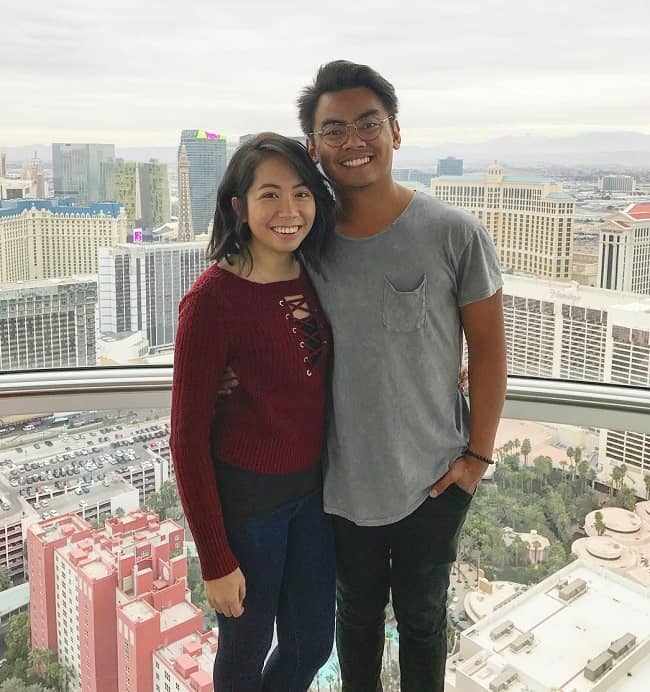 Caption: Guava Juice posing for a photo with his girlfriend, Monette(Source: Instagram)

Guava Juice stands on a height of 5 feet 7 inches tall and weighs around 60 Kg. His body measurements are 44-30-35 inches. And he has black hair and dark brown eyes.