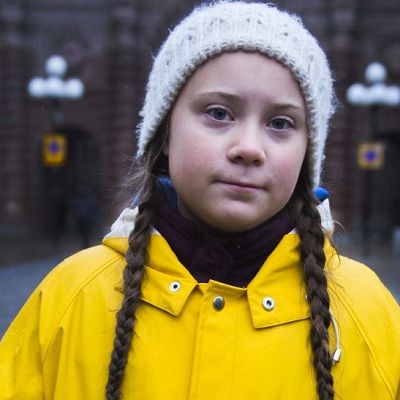 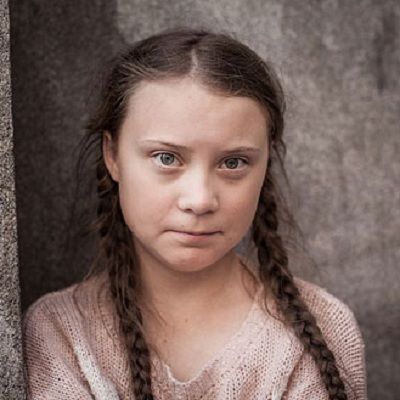 Greta Thunberg is a Swedish environmental activist. Greta Thunberg rose to prominence in 2018, when aged 15. She has traveled across the world to speak to leading political figures.

Great Thunberg is 17 years old. She was born on 3 January 2003. Her mother is Malena Ernman, a Swedish opera singer and her father is Svante Thunberg, an actor. And she is the granddaughter of the actor and director Olof Thunberg. She has a younger sister named Beata Ernman who is a popular singer in Sweden. 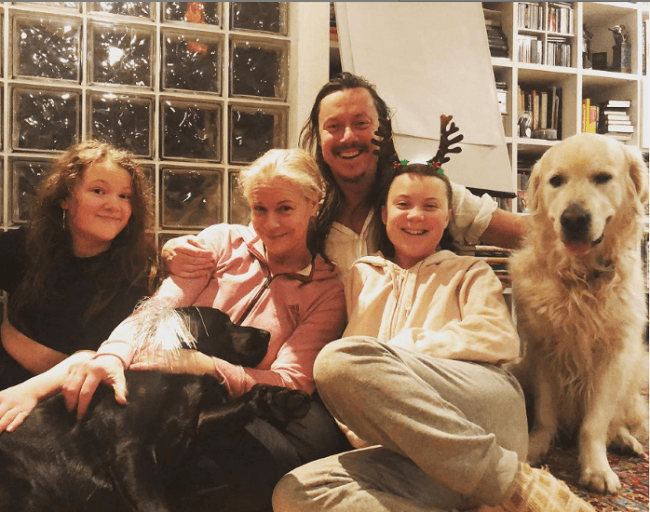 Caption: Greta Thunberg with her family on September 21, 2019, Source: Ans-wer

Greta was inspired to go on a climate strike after the school shooting in the US, which allowed many teen activists to take the road. She started the protest by sitting outside the Riksdag every day and did this for three weeks while holding the banner ‘School Strike for the Climate.’

She became aware of the threat of global warming from the age of eight, and couldn’t understand why so little was being done about it. From a feeling of helplessness, Thunberg became depressed and often stopped talking.

After recognizing the lack of action in combating the global climate crisis, she felt the need to make a difference. She started off by changing her family’s lifestyle and realized that she could hope for change.

After winning an essay-writing competition on climate change, she got inspired to hold school strikes. She started off by skipping school to protest outside the Swedish parliament. Literally, none of her school friends wished to join her, so decided to go ahead with the strike on her own on the 20 August.

Thunberg stated she would not return to school until after the Swedish General Election on 9 September. She demanded the Swedish government commit to reducing carbon emission to the levels agreed by the Paris Agreement of 2016. She cut a lone figure on the cobblestones with a hand-painted banner. 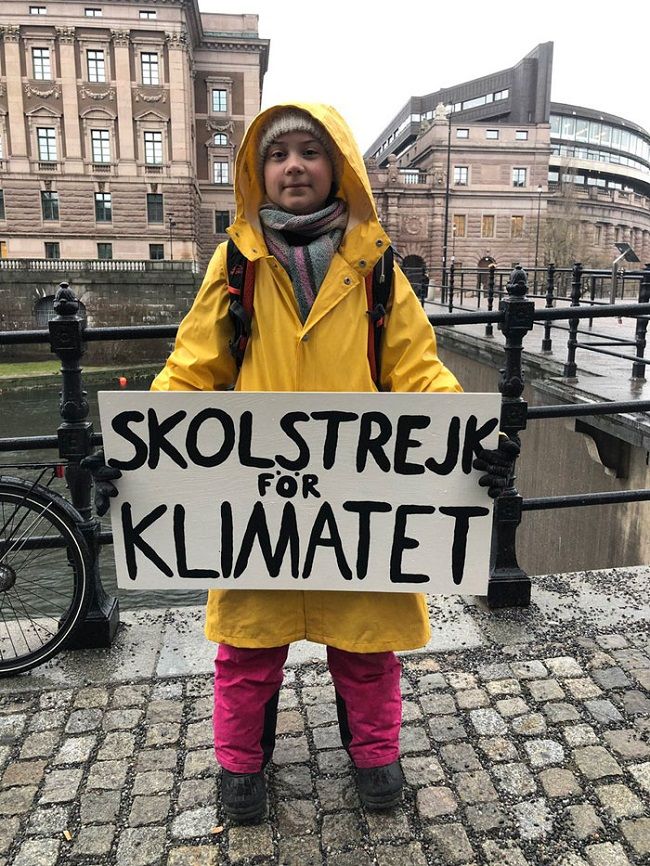 After the elections, she went on strike every Friday traveling to the Swedish Parliament to protest a lack of action against climate change. Despite taking one day off, she caught up her homework on other days. According to her father, she remained in the top 5 of her class.

Her protest soon spread on social media to other school children of her age. It also received substantial media coverage. Quite quickly the school strikes spread across the world and made front-page headlines.

She believed that it’s important everyone makes choices that help to look after the environment. She is vegan avoiding meat and dairy can make a significant contribution to reducing harmful emissions and carbon footprint.

Thunberg has spoken at high profile events across Europe. This included speaking at Davos-the World Economic Forum on 23 January 2019. She was characteristically blunt and to the point, arguing that many delegates had been prioritizing increasing personal wealth rather than considering the welfare of the planet and future generation. She has also spoken at the European Parliament and the Austrian World Summit.

In July, she made her musical debut with the English rock group 1975. She recorded a voice-over on their track “Time to Rebel” from their new album saying the time for civil disobedience was here. Proceeds from the track will go to the protest movement “Extinction Rebellion.”

In September 2019, she joined hands with George Monbiot to produce a short film that focused on the need to protect and restore nature to combat global climate change.

On 21 January 2020, she returned back to the World Economic Forum held in Davos, Switzerland, and delivered two speeches. She participated in panel discussions hosted by The New York Times and the World Economic Forum. Further, she used many of the themes contained in her previous speeches, but focused on one in particular: “Our house is still on fire.”

On 4 March 2020, she visited an extraordinary meeting of the European Parliament’s Environment Committee to speak about the European Climate Law. There she stated that she viewed the new proposal for a climate law published by the European Commission to be a surrender.

Her “How Dare You” speech dragged so much attention that President Donald Trump, a powerful climate change denier, felt enforced to give an insulting tweet: “She seems like a very happy young girl looking forward to a bright and wonderful future. So nice to see!” he wrote.

In response, she wrote Trump’s language against him in her Twitter bio and changed temporarily. Her profile stated: “A very happy young girl looking forward to a bright and wonderful future.”

Awards, Nominations, and Net worth

In May 2018, at 15 years old, she won an essay writing competition on the environment held by a Swedish newspaper. She got an award for the Fryshuset scholarship of the Young Role Model of the Year.

In 2019, she got a nomination for the Nobel Peace Prize by deputies from the Swedish parliament. Time magazine has named her one of the 100 most influential people of the year.

In March 2019, on International Women’s Day, she was announced as the most important woman of the year in Sweden based on a survey. Later, she won the German Goldene Kamera Special Climate Protection award.

Her other honors include the Prix Liberte from Normandy, the Norwegian Fritt Ords Prize, Laudato Si’ Prize, Geddes Environment Medal, and the Ambassador of Conscience award. She has also been nominated as a candidate for the Nobel Peace Prize in 2019. Moreover, she was awarded an honorary degree by the University of Mons.

Further, her estimated net worth is around $1million.

She has made a lot of enemies. They are easy to recognize because of their rage is so great they cannot help making themselves look ridiculous. Her relation with anyone has not mentioned anywhere. 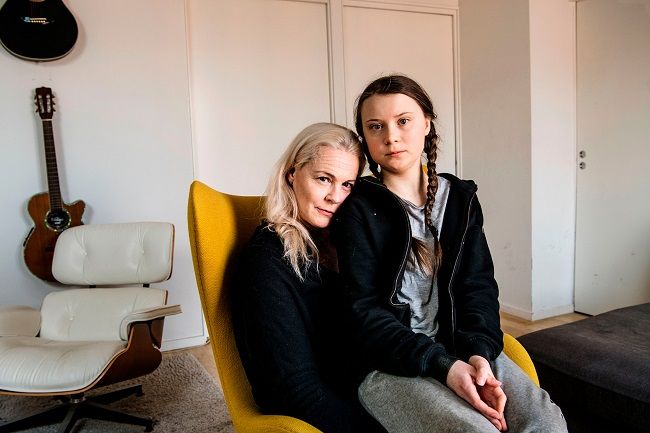 She took to Twitter recently to briefly address her critics, saying they “come up with every thinkable lie and conspiracy theory” and that they “will cross every possible line to prevent the focus, since they are so desperate not to talk about the climate and ecological crisis.”

Thunberg went on to explain how she wants people to treat climate change as a crisis because it is a crisis, and that she’s really not saying anything new.

She also pointed people to her TED Talk in which she explains how her interest in the climate began.