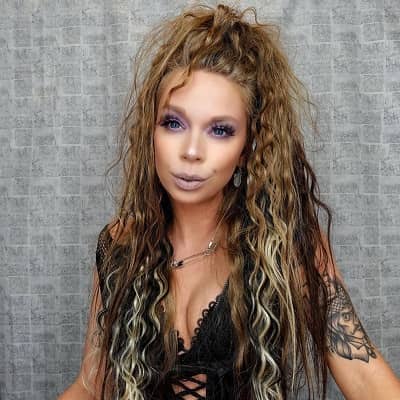 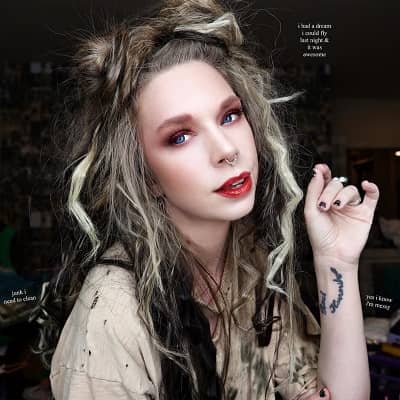 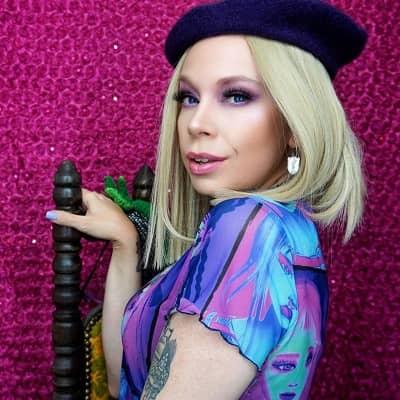 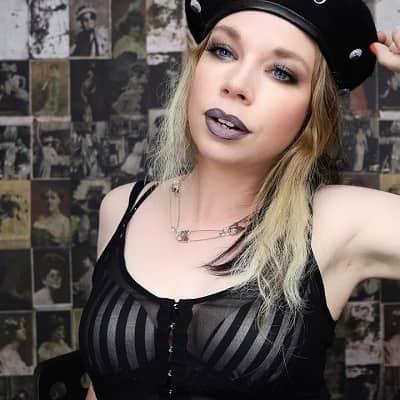 Grav3yardgirl is an American YouTuber popular for her fashion and beauty vlogs. Grav3yardgirl initially shared her personal paranormal experiences and ghost hunting trips to graveyards, but soon focused on her other interests of fashion and beauty. She is now best known for her most popular ‘Does This Thing Really Work?!’ series among others.

Grav3yardgirl was born on August 3, 1985, and she is currently 35 years old. She hails from Houston, Texas, and she currently lives in Pearland, Texas. Likewise, her real name is Rachel Marie Meyer but she later legally changed it into Bunny. She is better known online as “Grav3yardgirl” or “Bunny”. Grav3yardgirl also has a black cat named Boris that she got after the loss of her beloved cat ‘Mancat’.

Grav3yardgirl has not shared much information about her parents, siblings, and other family details. However, she has featured her cousins in some of her Youtube videos. Likewise, she also has yet to share any insightful information about her educational journey. But at her age, Grav3yardgirl might have completed her university education unless she decided to take a break or discontinue her studies to focus on her professional career. 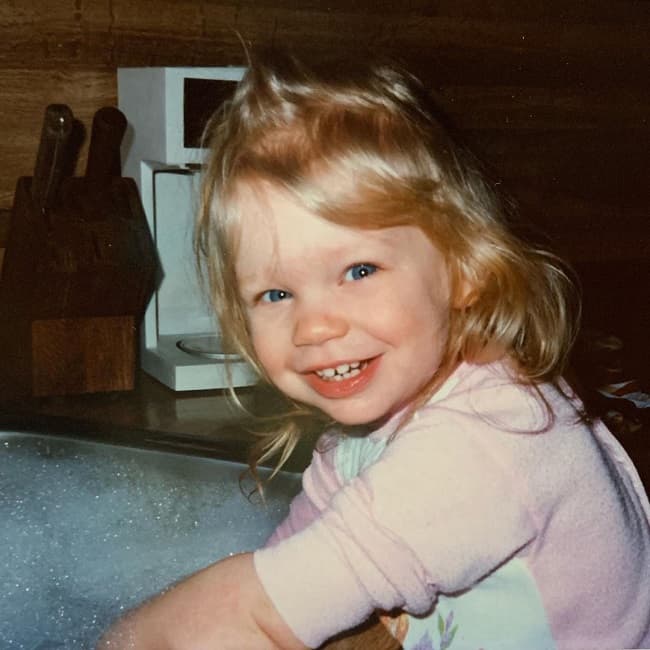 Professionally, Grav3yardgirl is a social media phenomenon. She is primarily a fashion/beauty vlogger, Youtuber, and internet personality popular as Bunny Meyer and banana peppers. She transformed her channel into a go-to fashion and beauty guru center with a comedic twist. Likewise, her Youtube channel has earned more than 8 million subscribers.

Moreover, Grav3yardgirl is best known for her “Does This Thing Really Work?!”, “Follow Me Around”, and “First Impression Friday” series. She is also popular for her love for things like ferrets, old creepy dolls, Sweet Leaf sweet tea, The Doors, cosmetics, shoes, “A Clockwork Orange”, the colors lavender and gator green, and Johnny Depp. She also loves to call her fans the “Swamp Family”, and the “mascot” is an alligator with wings. Grav3yardgirl also has a second channel named “banana peppers”.

Grav3yardgirl met a serious accident in 2010 and injured her hand. This rendered her unable to pursue her primary interest in sewing. She also had a long history of suffering from depression and felt directionless following the incident. Her friend encouraged her to watch YouTube videos to lift her mood and was inspired to launch her own channel by the end of that year.

Grav3yardgirl then started her channel in December 2010, primarily as a paranormal vlogger making trips to graveyards. As of July 2020, her Youtube channel has over 8.35 million subscribers and 1.5 billion video views. She also posted a video in September of 2015 titled “HUGE WINTER THRIFT HAUL WITH KAT!” with fellow Youtube content creator TheRealKatSketch. 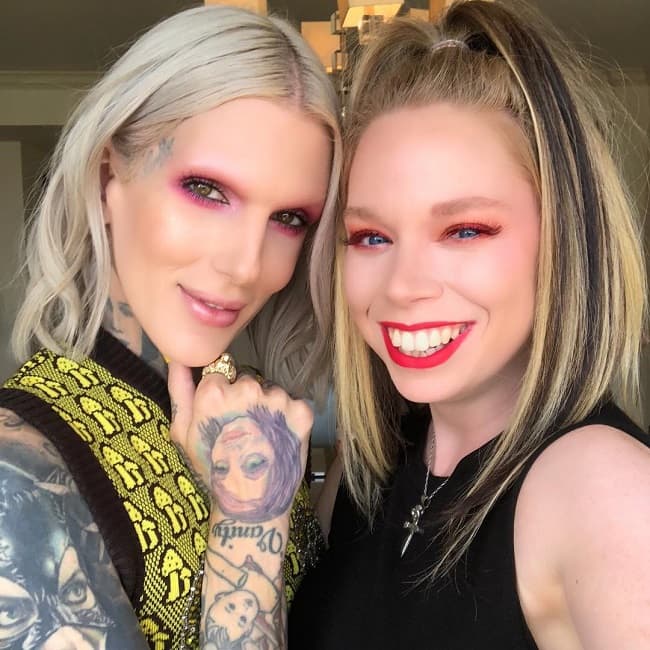 Additionally, Grav3yardgirl has many different series on her YouTube channel. Some of them are Does This Thing Really Work?, Wreck-It Wednesdays, First Impression Fridays, Get Ready With Me, Monthly Favorites, Outfit of the Day, Follow Me Around, Shoe Unboxings, Swamp Family Mail, Tea Vlogs, and Thrift Hauls.

Her “Does This Thing Really Work?!” video series is arguably her most popular. In these videos, Grav3yardgirl takes a product that is most likely ‘As Seen On TV’ and then tests it out whilst reviewing it for viewers. She repeatedly emphasizes that she is not paid to endorse these products, and is merely doing them for the enjoyment of the viewer. Grav3yardgirl mainly tests out the products to see if they work, and all in all, a lot of them have not worked well.

She is a known believer of the paranormal and makes paranormal vlogs, in which she either recounts old experiences or has new ones. She also sometimes does collabs and challenges such as the Pringles taste test challenge. Further, Grav3yardgirl was featured in the Tartelette eye shadow palette by Tarte Cosmetics to represent the shade ‘free spirit’.

In May 2018, Shane Dawson reached out to Grav3yardgirl when she was struggling with maintaining an audience and helped re-brand her channel during his documentary-style web series. Grav3yardgirl actually witnessed a sharp decline in viewership in early 2018 as most of her new videos registered 150k to 500k views instead of the usual millions of views. Her channel also popped up in YouTube videos listing boring YouTubers and dying YouTube channels. This was when Shane Dawson helped her rise again.

Likewise, on 6 June 2016, she released her makeup collection “Swamp Queen” globally in collaboration with Tarte Cosmetics. They sold the collection at several leading cosmetics stores, such as Macy’s, Ulta, and Sephora, and included an eyeshadow palette and two lipsticks.

In 2014, Grav3yardgirl was nominated at the Teen Choice Awards for “Choice Web Star: Fashion/Beauty” but lost to Zoe Sugg. She also received a second nomination in 2016 but lost to Bethany Mota. Moving on, she has a net worth estimation of approximately $3.4 Million dollars.

Grav3yardgirl has been in a longtime relationship with fellow YouTube star ‘DogMan‘ since 2004. They first met while performing in a production of ‘Romeo and Juliet’ and soon began dating. On February 15, 2014, she shared a picture on her Instagram flaunting a ring on her finger and mentioned it as a Valentine’s Day gift. They live together in Pearland, Texas, and her lover often appears on her Youtube videos as well as other social media posts. 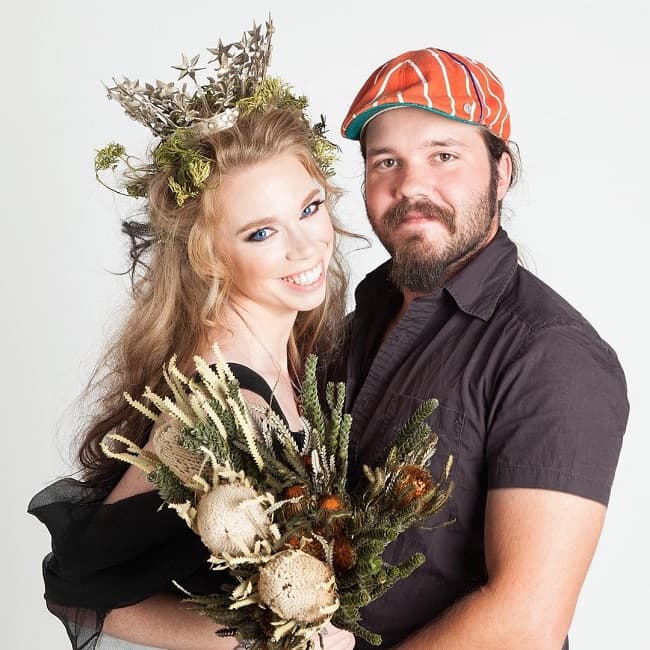 Caption: Grav3yardgirl posing for a photo with her lover DogMan. Source: Instagram

Grav3yardgirl stands tall at a height of approximately 5 feet and wears shoe sized 9. She has a total of 4 tattoos. They are on her left wrist in cursive that says “Real Horrorshow” in reference to her favorite movie, “A Clockwork Orange”; a tattoo on her right index finger which is identical to the one that Johnny Depp has; and a tattoo on her right foot which is Al Swearengen (played by Ian McShane) from the HBO show “Deadwood”. Moreover, Grav3yardgirl has blonde hair and beautiful blue eyes.

Talking about her social media presence, Grav3yardgirl joined Twitter in April 2009 and so far has over 799.4K followers in her @grav3yardgirl account. She also goes by @grav3yardgirl on Instagram and her account boasts 3,060 posts shares and 2.3 million followers. She also joined Facebook on June 9, 2011, and at present has over 918k people following her journey.

Further, she created her “grav3yardgirl” Youtube channel on December 2, 2010. So far, this channel has over 1.5 million views and 8.35 million subscribers. We can also send her fan mail at GRAV3YARDGIRL, PO BOX #2263, PEARLAND, TEXAS, 77588. Likewise, we can also contact her at [email protected] for business inquiries.