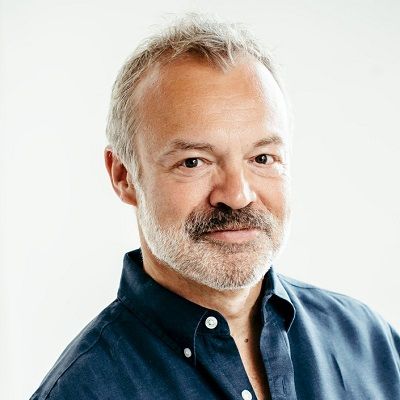 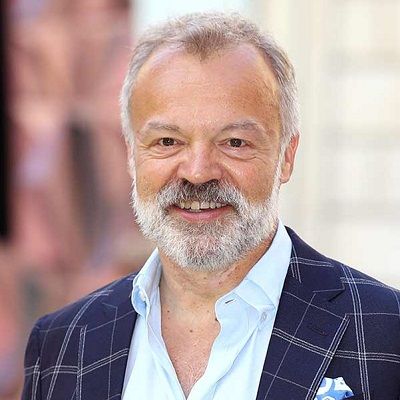 Graham Norton’s birth name is Graham William Walker and he was born on 4 April 1963. He is currently 57 years old and his birthplace is Clondalkin, Dublin, Ireland. Later, he grew up in Bandon, County Cork. Graham’s family is a member of the Church of Ireland. His father’s family was from County Wicklow whereas his mother is from Belfast. His father’s direct ancestors originated from Yorkshire. Moreover, Graham’s parents are father Billy and his mother, Rhoda.

Moreover, Graham Norton enrolled at Bandon Grammar School, in West Cork, and then in the University College, Cork. In the university, he spent two years studying English and French in the 1980s. However, he did not complete his studies after having a breakdown during which he refused to leave his room.

Then in June 2013, Graham received an honorary doctorate from University College Cork. He moved to London and enrolled at the Central School of Speech and Drama. Graham Norton also worked as a waiter during that time. Upon joining the actors’ union Equity, Graham chose Norton as his stage name. Norton is his great-grandmother’s maiden name. He did so because there was already an actor with the name Graham Walker, his actual name.

His previous chat show So Graham Norton ran between 1998 and 2002. For this show, he won three BAFTA TV Awards and a Royal Television Society for the Best Presenter. He is very popular among his audiences for his ‘innuendo-laden’ style of dialogues and for his funny and charming character.

Graham Norton has also made his name as a radio presenter. He worked on BBC Radio 2. Similarly, he also hosts the international song contest Eurovision Song Contest. Moreover, Graham is regarded very highly by the critics for his “unique” and “fresh” way of hosting a show.

In addition, Graham Norton is also a writer who has delivered popular novels like Holding and A Keeper. BBC chose Graham as the eighth most influential person in British culture in a poll conducted in 2004. Graham Norton also took part in the TV program Who Do You Think You Are? 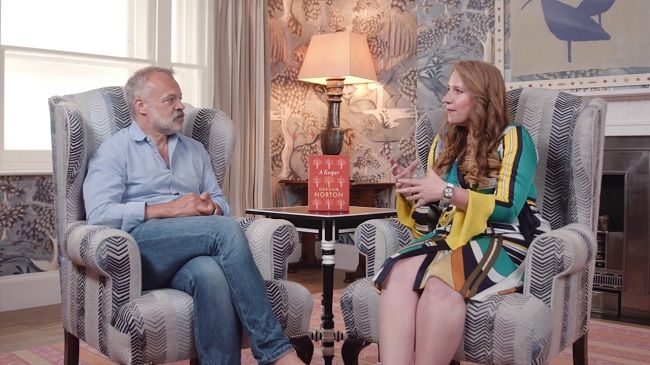 Graham Norton’s career started as a stand-up comedian and he also appeared at the Edinburgh Festival Fringe dressed as Mother Teresa in 1992. His appearance at the festival fooled the Scottish Television’s religious affairs department as they thought Norton was, in fact, the real Mother Teresa!

He then appeared on the British radio program Loose Ends as a panelist and comedian in the early 1990s. This show was telecast on BBC Radio 4 and it was also a huge hit. In the 1990s, Norton appeared in a number of shows including The Jack Docherty Show, Bring Me the Head of Light Entertainment, and Carnal Knowledge. All of these shows established Norton as a popular comic figure in the television industry among the audiences.

Moreover, Graham Norton’s initial commitments with BBC and Channel 4 gave him the opportunity to host his own show. He picked up not one, but two shows, So Graham Norton and V Graham Norton on Channel 4. The former ran between 1998 and 2002 for five series.

In the 2000s, he also presented a series of talk shows on television including V Graham Norton on Channel 4, The Graham Norton Effect on Comedy Central, and Any Dream Will Do, How Do You Solve a Problem Like Maria?, I’d Do Anything, and Over the Rainbow. All these programs aired on channel BBC and they all aired in the 2000s.

Furthermore, Graham Norton was signed for a new chat show The Graham Norton Show on BBC2 in 2007. This show was almost similar to its previous version. After two years, it was shifted to BBC1 with a one-hour slot. The same year, Graham Norton along with Claudia Winkleman hosted Eurovision Dance Contest.

It is the first pan European dance competition, which was a collaboration between BBC and The European Broadcasting Union (EBU). They hosted the show in England and later moved to Scotland for its second annual season that was also presented by the duo.

Graham Norton then replaced Sir Michael Terence Wogan, who is commonly known as Terry Wogan, as the presenter at the UK version of Eurovision Song Contest titled Your Country Needs You in 2008. Further, Norton also replaced Terry Wogan as the presenter of the main Eurovision Song Contest in the year 2009. They hosted the show at the Olympic Stadium, Moscow.

Moreover, Graham Norton has also appeared in a few films besides his work on the television programs. His first role was in the film Stargay. Norton’s role was the character Graham Solex and the film was released in the year 1999. Graham has also appeared in other films like Another Gay Movie, I Could Never Be Your Woman, and Absolutely Fabulous. In 2019, he also became a judge on RuPaul’s Drag Race UK. 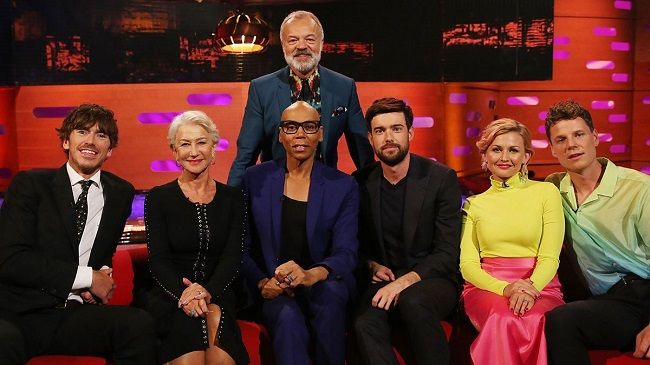 Graham Norton’s biggest work to date is his talk show The Graham Norton Show on BBC One. It was first aired on BBC Two in 2007 and this show has won him numerous prestigious awards. Those awards also include five British Academy Television Awards (BAFTA TV Awards).

Graham Norton and Claudia Anne Winkleman presented the very first annual Eurovision Dance Contest in September 2007. The show was loosely based on the BBC dance show Strictly Come Dancing and Eurovision Song Contest of The European Broadcasting Union. They also hosted the second season that they filmed in Scotland.

In July 2000, Graham signed a deal with McVitie’s Biscuits to endorse all their product range. This deal is reportedly worth a six-figure sum. The same year, Graham turned down a reported £5 million contract offer from the BBC.

Among other things, the BBC wanted Graham to take over as host of Blankety Blank (1979). Graham first came limelight in the UK with his role as a Priest in the TV comedy series Father Ted in the year 1995. Similarly, he auditioned for the part of Samwise Gamgee in The Lord of the Rings: The Fellowship of the Ring in 2001.

Graham’s won his first BAFTA in 2000 and it was a week after he lost his father. Hence, he dedicated the award to Billy Walker at the ceremony but only his family and friends knew who he was referring to. Then in December 2001, the first-ever talking waxwork was unveiled at Madame Tussauds London museum that featured Graham Norton’s replica as the lifelike figurine. They offer the visitors three options of Norton’s impudent catchphrases: innocent innuendos, cheeky banter, or X-rated doubles entendres.

Moreover, during Graham’s first visit to the U.S. in 1983, he attended an audience test screening for Risky Business (1983). This is a fact he revealed to an astonished Tom Cruise when he was a guest on The Graham Norton Show: New Years’ Eve Special in 2012.

In 1989, a group of attackers mugged, beat up, and stabbed Graham Norton on a street in London. Following this incident, Graham lost half of his blood and nearly died. He said that an elderly couple was the ones who found him, and said they “saved his life” after calling for an ambulance. He also said he did not think the attack was homophobic, as he was walking alone at the time. After this, Graham was hospitalized for two and a half weeks.

He primarily resides in Wapping, London, and also owns a holiday home in Ahakista, County Cork, as well as an apartment in New York City. Graham also has two dogs – a labradoodle called Bailey and a terrier called Madge. He adopted Madge from the UK charity Dogs Trust. Then in January 2012, his East London home was burgled during which the keys to his Lexus were stolen. Graham appealed for the return of his car during his BBC Radio 2 show the following day.

Graham Norton is openly gay. He was in a relationship with partner Trevor Patterson for two years before eventually parting ways in 2013. After that, Graham dated Andrew Smith but unfortunately, the pair also broke up in 2015. The same year, Graham Norton said that his ex-boyfriends often resented the role they had to play in the public eye as his partner. 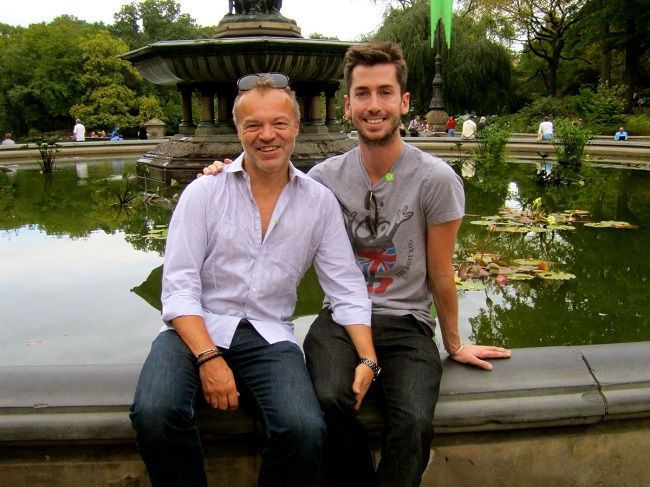 Graham Norton stands tall at a height of 1.73 meters or 5’8″ and weighs around 72 kgs. However, other body measurement details are not available. Similarly, his eye color is dark brown whereas his hair has turned gray/white as Graham gets older.

Talking about Graham’s social media visibility, he is available on various social media platforms. He joined Twitter in June 2009 and so far has 1.4 million followers. Similarly, he has 623k followers on his @thegrahamnortonshowofficial Instagram account with 174 posts as of August 2020. Moreover, Graham also has a self-titled Youtube channel with 3.15 million subscribers and a Facebook page with 3.8 million followers.

Moving on, Graham Norton’s net worth estimation is around $30 million. Moreover, in 2012, Graham sold his production company “So Television” to ITV for around £17 million. Also, he earns through his involvement in TV shows, endorsements, books, etc.