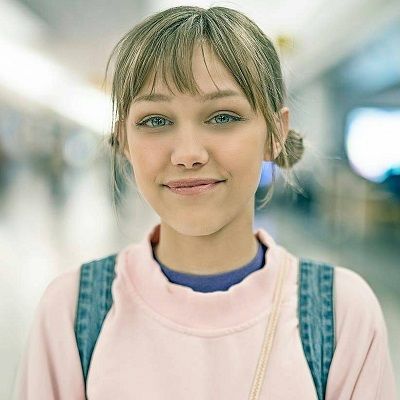 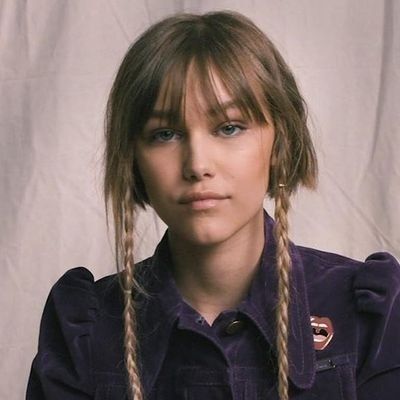 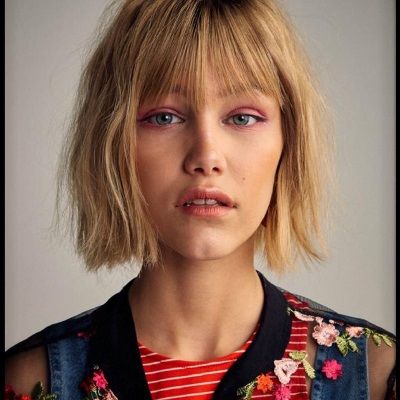 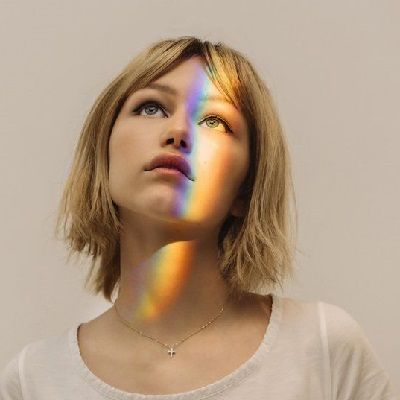 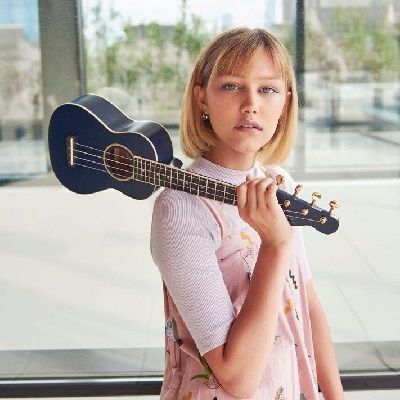 Currently, Grace VanderWaal is 17 years old. She was born on January 15, 2004, in the Kansas City metropolitan area, Kansas, United States. Her birth name is Grace Avery VanderWaal and birth sign is Capricorn. Her mother’s name is  Tina VanderWaal and her father’s name is Dave VanderWaal. She grew up with an older sister named Olivia and an older brother named Jakob. Likewise, her father is a vice president of marketing at LG Electronics.

Her older brother enrolled in Camden Military Academy and older sister Olivia who is also her best friend. She has a many of pets including two dogs, a cat, and a hedgehog. Furthermore, she belongs to the American nationality and ethnicity of Dutch.

She grew up in Suffern, New York with her siblings. She first showed her interest in music at the age of three, singing on a wireless microphone. Later, she started playing saxophone in the school band. At age 11, she taught herself to play the ukulele by watching online videos. Soon after, she continued writing her individual songs and presenting at local open-mic nights.

Likewise, she has been supported by her parents and family. However, her friends in school and neighbors were unknown about her talent until she appeared on AGT. Talking about her educational background, she attended Suffern Middle School. However, she might be home-schooled due to her tight schedule currently.

Talking about Grace VanderWaal’s professional life, she started her career composing music for her first song when she was only three years old. But she took singing and songwriting seriously about a year before appearing on AGT. Grace wished to get a ukulele for her 11th birthday after watching YouTube videos of others, especially of Twenty One Pilots band member Tyler Joseph, playing the instrument. When her mother didn’t take it seriously, thinking she would never play it, Grace bought one for herself with the money she received for her birthday.

She soon started learning ukulele by watching YouTube videos. Even though she started performing at open-mike events in her neighborhood, she performed on stage in front of a large crowd only after getting into AGT. Then, she auditioned for the show with her unique melody “I Don’t Know My Name.” Her performance was such an inspiration to Howie Mandel enough to win his “Golden Buzzer” act. This sent her directly to the Live Shows.

Then judge Simon Cowell announced that she could be “the next Taylor Swift.” Likewise, rock icon Stevie Nicks who just appeared for the last scene of the show also said that Grace has what it takes to her the best. Moreover, her performance video during the audition received over 44 million views on YouTube, most for any AGT video. 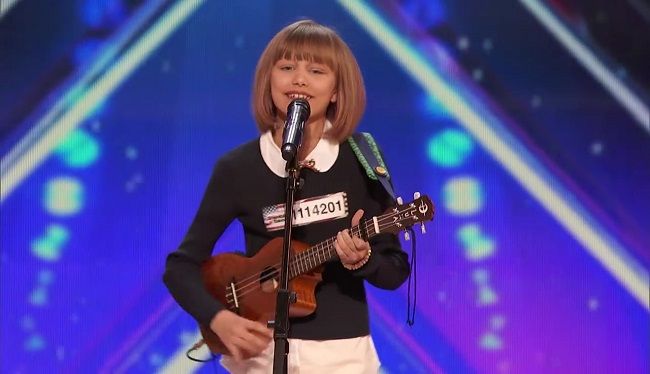 She originally started writing because she was really bored and writing songs was “fun” for her. While watching movies, she would often try to imagine what the character was feeling. Her urge to empathize with the characters onscreen became her inspiration for writing songs.

More details about her songs

She said that even though she has been writing songs for some time, she started sharing her songs with others only before getting into AGT. She believes her songs provide a peek inside her head. All her performances on AGT were based on original songs she herself wrote. The song she sang for the audition, “I Don’t Know My Name”, is a song about finding a place in the world. The next song she performed, “Beautiful Thing”, is a song dedicated to her older sister.

Likewise, the song “Clay”, which she performed on the final, is a song about dealing with bullying. According to Judge Howie Mandel, she is the “most unique, brightest star to come out of one of these shows.” Even rock icon Stevie Nicks, who appeared on the final episode of the show, said that Grace has what it takes to go to the top. She received a bouquet of flowers from Taylor Swift after her win.

Furthermore, she has also shown up twice at the 2017 Special Olympics World Winter Games in Austria, duetting with Jason Mraz on two of his melodies at the opening function and playing out her own particular tunes at the end ceremony. Moreover, she has shown up at the 2017 Radio Disney Music Awards.

Additionally, she next toured in mid-2018 with Imagine Dragons in their Evolve World Tour. She is also set to feature in the Disney+ film Stargirl, which will release in 2020. Also, her cool and quirky songs possess a depth that is exceptional for such a young age and she has already signed a deal with Columbia Records and is currently recording her debut album.

Moreover, she is also an actress who appeared in the 2020 comedy-drama/animation movie Stargirl. She also wrote a song for this movie called Today and Tomorrow. 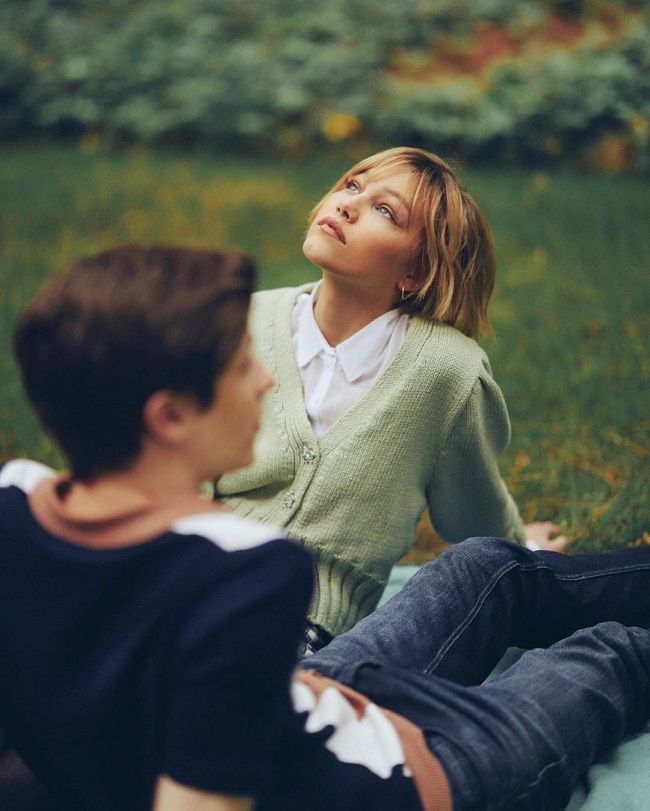 Grace VanderWal is a talented young girl. Her talents have no bounded region. Likewise, she has won the 2017 Radio Disney Music Award for Best New Artist and a Teen Choice Award. And also named for Billboard magazine’s 21 Under 21 list of fast-rising young music stars in four consecutive years (2016–2019). Further, she has received the 2017 Billboard Women in Music Rising Star Award and is the youngest person ever included in Forbes’ 30 Under 30 Music List.

Grace is the youngest girl to earn a decent sum of money by her professional life.  Her net worth estimated is around $2 million.

Grace is currently single. As she is just 15 years old. She has not been in any relationship either. Grace is focusing on her career right now. She is living a single life happily with her family. However, she is often seen in media along with his co-star.

There were many controversies regarding her future as many media raised questions on whether she will end up like Miley Cyrus. Likewise, it results in her feeling complacent and secured her win. There was also a horrible rumor regarding her gender that she is transgender. Though it is untrue.

Young and beautiful Grace VanderWaal  has a charming personality. She has an average height of 5 feet 3 inches (1.6 m) and weighs around 45 kg. She has distinctive features in her hairstyle are Bangs. Her shoe size is 6.5 (US). Likewise, she has blonde hair color and blue eye color. 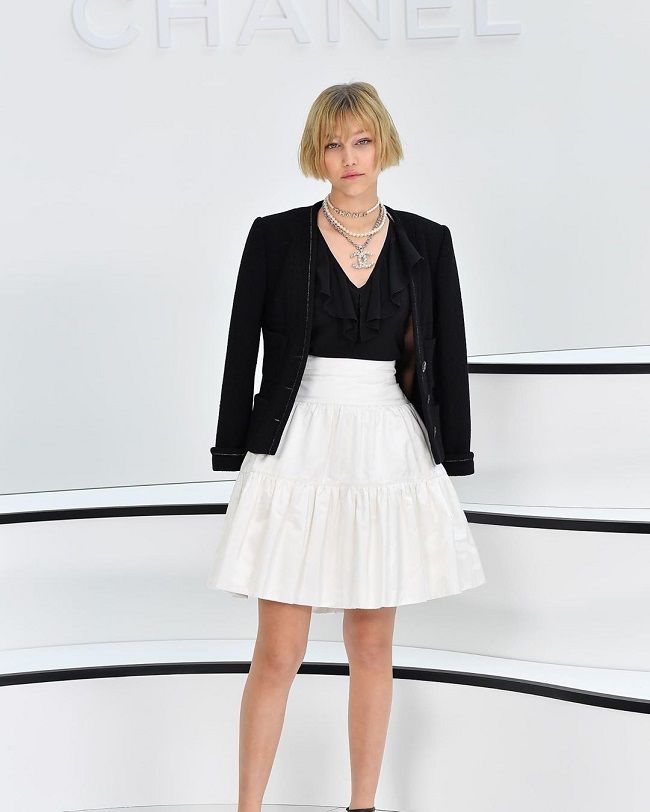 In addition, she has more than 3.33 million YouTube Channel Subscribers. She joined Twitter in March 2016 and as of March 2020, she has shared 687 posts on her Instagram.