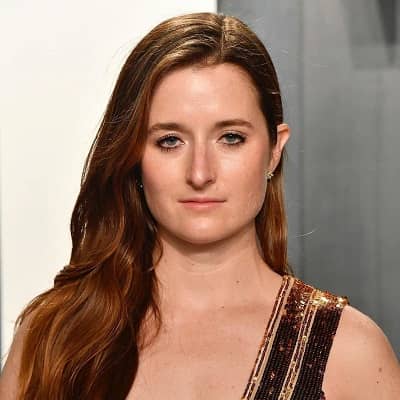 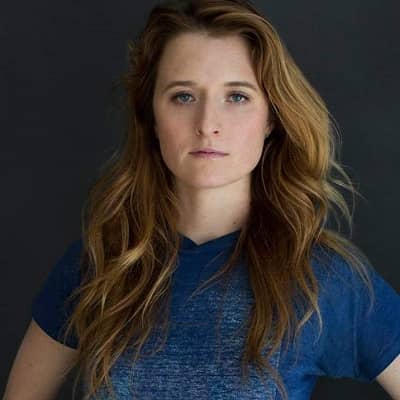 Grace Gummer is an actress from the United States. Moreover, Grace Gummer is best known for her roles in “The Newsroom” and “American Horror Story: Freak Show”, and her regular roles in “Extant” and “Mr. Robot”.

Grace Jane Gummer Ronson best known as Grace Gummer was born on the 9th of May 1986, in New York City, New York, the United States of America. According to her birth date, this actress is 36 years old and holds American nationality.

She has the birth sign of Taurus and she belongs to a mixed ethnic background as she has Norwegian, German, English, Irish, Scottish, Swiss-German, Scots-Irish, and Northern Irish ancestry. She believes in Christianity by religion and has traces of French and Swedish ancestry.

Moreover, she is the daughter of Don Gummer (father) and Meryl Streep (mother). By profession, her father is a Sculptor and her mother is an actress and a philanthropist. She grew up with three siblings whose names are Henry Wolfe Gummer, Mamie Gummer, and Louisa Gummer.

Her sibling is also well-known celebrities. Her elder brother Henry is an actor, songwriter, musician, and singer. Likewise, her elder sister, Mamie is an actress and her younger sister is a model. 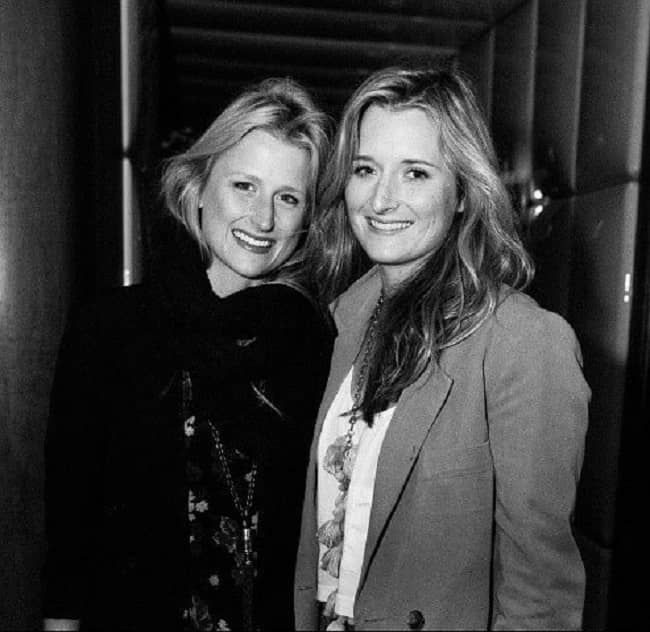 Regarding her academic career, she went to the Poly Prep Country Day School in Brooklyn, New York City. Later, she enrolled at Vassar College and graduated from college with a degree in Italian and Art history.

In the 1993 movie “The House of the Spirits,” Grace Gummer made her acting debut as Jane Grey. Then she starred off-Broadway in “The Sexual Neuroses of Our Parents” by Lukas Bärfuss. She then appeared as Anna Moore on the TeenNick series “Gigantic” from 2010 to 2011. She also appeared as Nat Collins in the 2010 movie “Meskada” in which she made an appearance.

In the 2010 movie “Basert,” she also portrayed Abby. She later played Hero opposite Helen Hunt in a Los Angeles production of “Much Ado About Nothing” in December 2010. Moreover, she also has a minor role as a student in Julia Roberts’ class in Tom Hanks’ 2010 movie “Larry Crowne.”

She later appeared in several sequences in Larry Crowne alongside Rami Malek, a future cast member of “Mr. Robot.” In 2011, she made her Broadway debut in the revival of “Arcadia,” playing the part of Chlo Coverly. She performed in “The Columnist,” her second Broadway play, opposite John Lithgow.

She made an appearance as Katie Rand in the episode “The Coup” of the NBC tv show “Smash” on March 26, 2012. In 2013, she played FBI agent Paige Willis in a recurring role on the show “Zero Hour.” She joined the cast of “The Newsroom,” an HBO series, that same year. She also starred in WIGS’s “Paloma,” an online miniseries.

Other television and movies appearances

She appeared in both of the seasons of the Steven Spielberg-produced “Extant” on CBS in 2014 and 2015. Additionally, she played a supporting role in the comedies “Jenny’s Wedding” in 2015 and “Learning to Drive” in 2014. She played a minor role in the 2016 HBO movie “Confirmation,” which was about the Anita Hill controversy.

In 2016, she played Nora Ephron in a recurring role in the Amazon series “Good Girls Revolt.” In the character of FBI field agent Dominique “Dom” DiPierro, she joined the cast of the USA Network drama “Mr. Robot” on January 29, 2016, as a series regular.

She appeared in the comedy “The Long Dumb Road” and “Beast of Burden,” both of which aired in 2018, while Mr. Robot was in process. Both of these roles were shared with Daniel Radcliffe. Then, she played a minor role in the Billy Crystal movie “Standing Up, Falling Down,” which was released in the spring of 2019.

She went back to acting, and in the off-Broadway play “Mary Page Marlowe,” which started previews in June 2018, she played a supporting part. She filmed “The Hot Zone” for National Geographic in the fall of 2018; she is featured in four out of the six episodes.

This actress joined the cast of “A Bright Room Called Day” at The Public Theater, which appeared in November 2019, after filming “Mr. Robot’s” final season throughout the first half of 2019. She presently co-stars with Christian Slater in Peacock’s Dr. Death.

In 2014, Grace won the Women Film Critics Circle Award for Best Ensemble Cast ‘The Homesman’ (2014) and shared it with other stars. Looking at her career success, we may presume that, she earned more of them in the following years.

As a talented and successful actress, she has collected a huge sum of money in her profession. As of 2022, her net worth is estimated to have $5 Million. Her appearance in a tv commercial for RAINN, a charitable organization that works to combat sexual assault, has also increased her net worth. She is said to have an annual salary that ranges from $20K to $200K.

On 4th September 2021, Grace married Mark Ronson. Professionally, her husband, Mark is an American-British musician and singer. Firstly, this actress was seen having dinner with Mark Ronson and some friends in September 2020. The following year, they began dating, but there was never an official announcement. 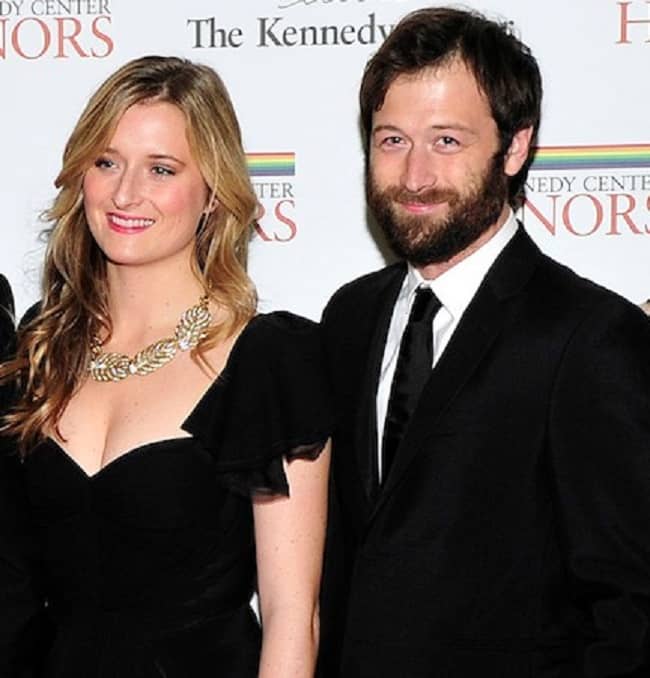 They were believed to be engaged as of May 2021, and Mark Ronson officially confirmed their engagement on an episode of The FADER Uncovered podcast in June 2021. Mark shared the news of his and Grace’s marriage on Instagram in September 2021. The pair are currently enjoying their marriage blissfully and without any interruption.

Grace stands 5 feet 7 inches tall and weighs around 54kg. Moreover, she has dark brown hair with blue eyes, and her other body measurements details are unavailable at a moment. 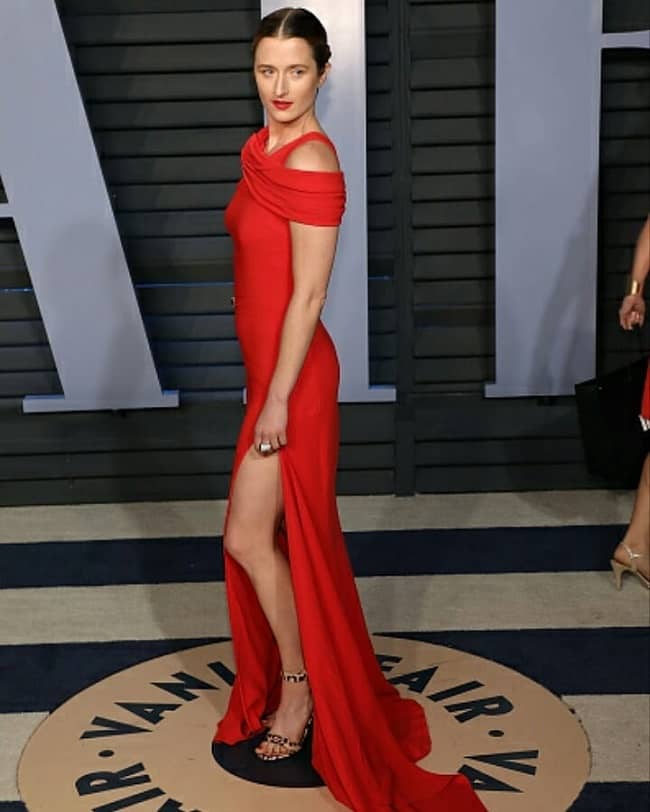