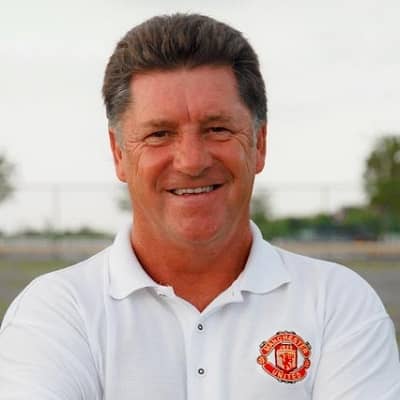 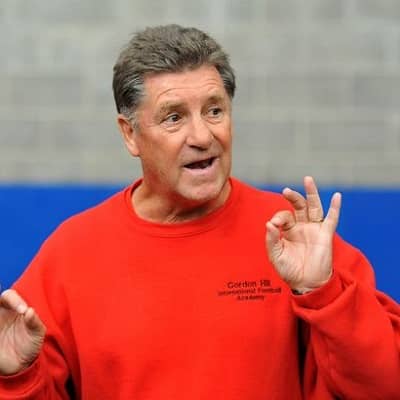 Gordon Hill is an English former footballer. Gordon Hill played in the Football League for Millwall, Manchester United, Derby County, and Queens Park Rangers, and was capped six times for the England national team. His playing position was a winger. Moreover, he is the owner of the United Sports in the United States.

The footballer was born on 1 April 1954, in Sunbury-on-Thames, Middlesex, England. His age is 66 years. Moreover, his full name is Gordon Alec Hill. Further information regarding his parent’s name, educational background is still unknown. He has managed to keep his private things a secret. 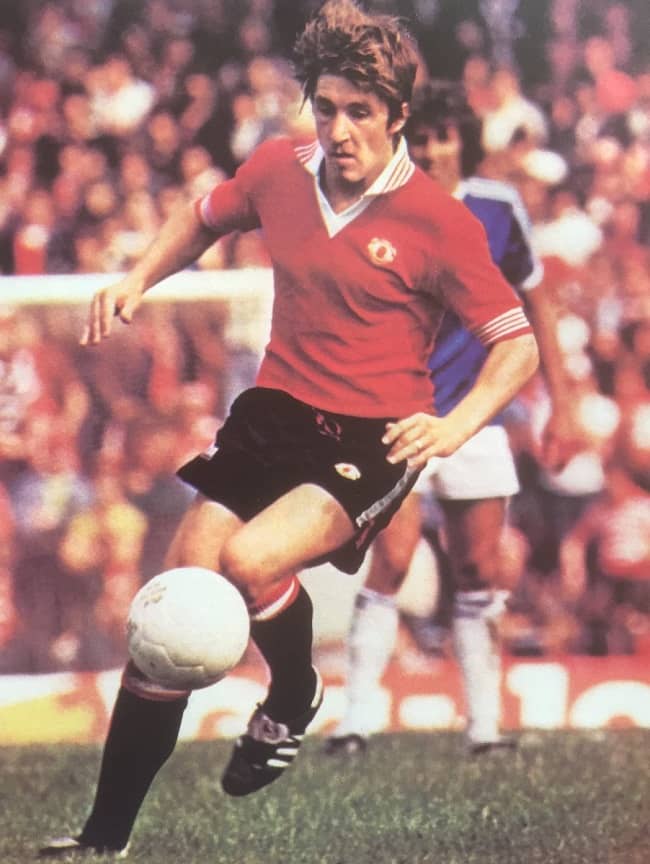 Caption: Gordon Hill when he was young (Source: Twitter)

In 1971 after leaving Longford School Hill began his club career with Staines Town of the Athenian League as a 17-year-old. In 1972, Gordon moved to Southall F.C., playing a few youth games there while his brother was on trial at the club. He drew the attention of Millwall F.C. and signed with them in 1973. Known to The Lions fans as ‘Merlin’, Hill had an impressive skill that earned him wide recognition. The Millwall youngster cheered the fans with amazing shooting and dribbling. He played 91 league games for Millwall, scoring 22 goals.

After spending the summer of 1975 on loan with the North American Soccer League’s Chicago Sting, and being named All-League, Hill subsequently signed for Manchester United in November 1975 for 70,000 Euro, a deal for manager Tommy Docherty, forming a wing partnership with Steve Coppell. Hill helped the United reach the 1976 FA Cup Final, achieving both goals with typical long-range efforts in the semi-final at Hillsborough Stadium against Derby County. Unfortunately, United was defeated in the Final game against Southampton. He was also part of the 1977 FA Cup-winning side.

Hill left United for Derby County for 250,000 Euro in the year 1978, with his sale by Dave Sexton. At the time of his sale, Hill was United’s top scorer and a favorite among fans. He spent two seasons with Derby County, most of it sidelined with a knee injury suffered in one of his first games, before moving to Queens Park Rangers in 1980. He left England for the Montreal Manic of the NASL in 1981. After a successful first season with the Manic, he started the 1982 season in Montreal, however, after five games, the Manic sent him to the Chicago Sting. In the fall of 1982, the Sting entered the main Indoor Soccer League for the winter indoor season.

Hill began the season with the Sting and moved to the San Jose Earthquakes after eleven games. In January 1983, the Earthquakes turned around and traded Hill and Gary Etherington to the New York Arrows in exchange for Steve Zungul. Then, in the summer of 1983, Hill played for Inter-Montreal of the Canadian Professional Soccer League. In the year 1983, Hill made a deal with the Kansas City Comets of MISL. He played one season with the Comets, then began the 1984–85 season before being released. In December 1984, he signed with the Tacoma Stars. He joined FC Twente within the Dutch Premier Division for the 1985–86 season, playing 19 times and scoring four goals.

He spent 1986 year’s summer season in Finland with HJK Helsinki just before he was about to retire from the game. In the summer of 1991, Hill was managing director, Head Coach, and Player of the Nova Scotia Clippers in the team’s only year in the Canadian Soccer League, where he took the club to the playoffs. In 2001, he perfectly managed Chester City during their spell in the Football Conference and had a short spell managing Hyde United. Previously, he had a post as the Director of Coaching for Cleveland United SC 2012–13. Hill reveals that any encouraging players would be controlled towards his former team.

He returns to the UK several times a year with groups of players to play games in the Manchester area. Currently, he is also the owner of the United Sports which is based in the United States. He is having cooperation with Chesterfield FC and is sending young players to cooperate with them in their development good. He remains curious about continuing his management career. During Hill’s career, he participated at every type of game for England, which includes as an amateur, youth, under 23, England B, and also as a full International. 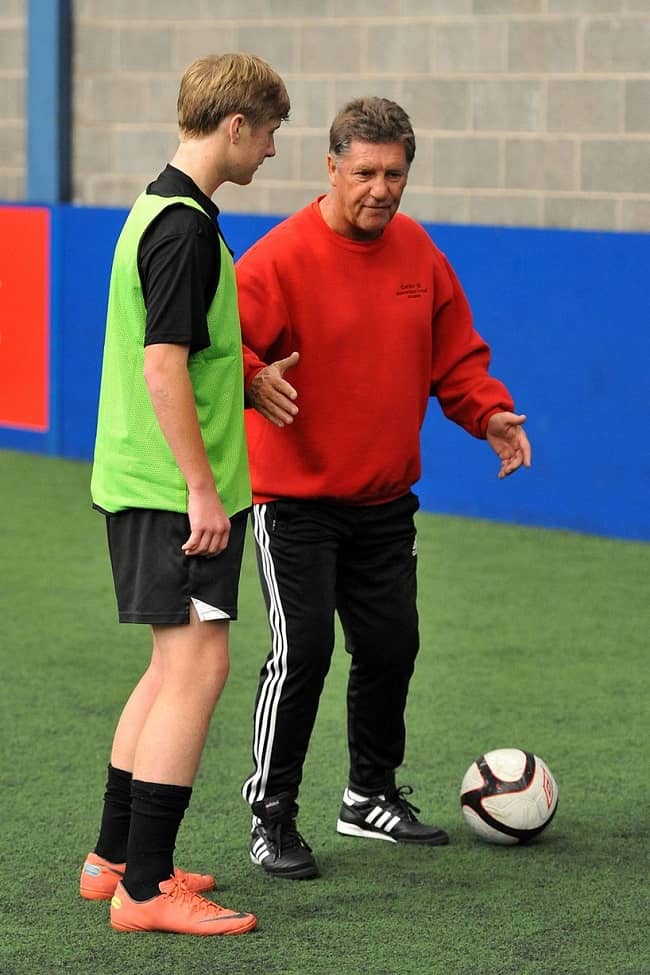 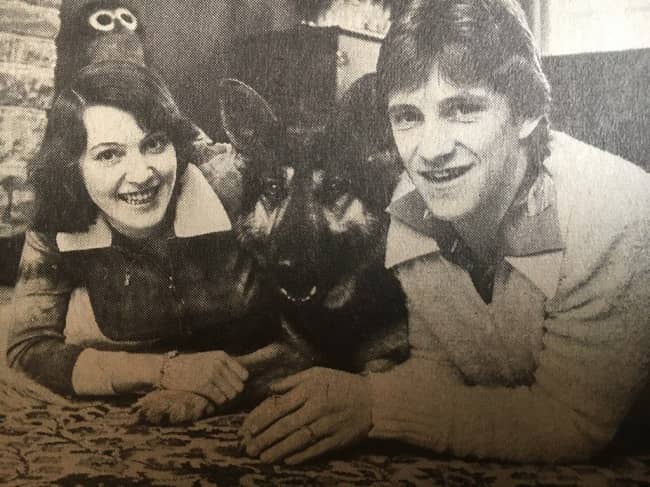 Being a football player, he has an average body type. He is 5 feet 7 inches tall and has a height of 54 kg. Moreover, he has a pair of dark brown eyes and brown hair. He used to have quite long hair previously but now he has short hair. In addition, he used to have a slim figure when he was young but now he has gained some weight. Looking at him it seems like he has been following a healthy regular routine with a good diet as well.

Talking about social media, Gordon Hill is quite active on social media platforms. He is only active on Twitter with 36.6 K followers. Also, he often tweets there. Apart from Twitter, the footballer is not active on other social media platforms like Instagram and Facebook. Although he seems to keep his things secretive he has already become successful in his career and on earning some respect and fame from people as well.