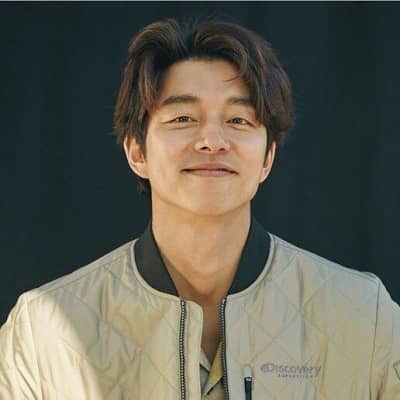 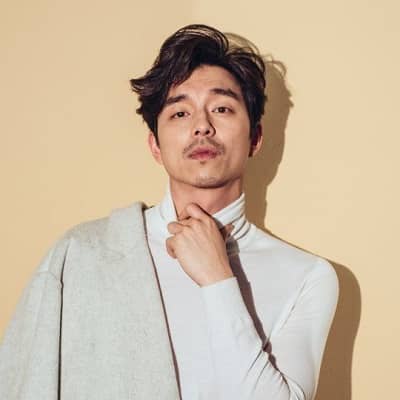 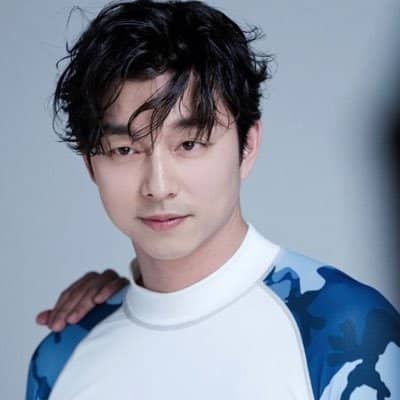 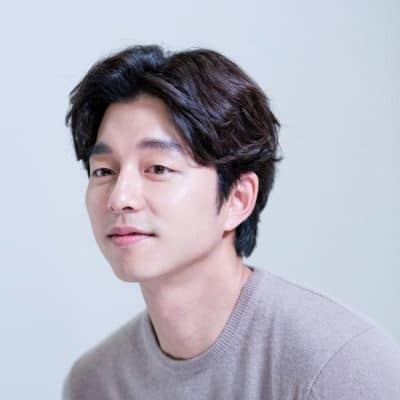 Gong Yoo is one of the top South Korean Hallyu Stars. Gong Yoo is an internationally recognized actor famous for his roles in TV dramas and films like Coffee Prince, Guardian: The Lonely and Great God, Silenced, Train to Busan, and The Age of Shadows.

Gong Yoo’s birth name is Gong Ji Cheol (공지철/孔地哲). He was born on July 10, 1979, and he is currently 41 years old. Yoo’s hometown is Busan, South Korea, and his zodiac sign is Cancer. His name is written in Korean as 공유 and in Hanja as 孔劉. It can also be spelled as Gong Yu or Kong Yu. Moreover, he is his stage name. It is actually the combination of his parents’ last names. “Gong” is his father’s last name and “Yoo” being his mother’s last name.

In the year 2017, he revealed that he was a descendant of the Chinese philosopher – Confucius. Moreover, it was also revealed that Yoo was a part of the 79th generation among Confucius’s descendants who originated from the Gokbu Gong clan. Talking about his educational journey, he graduated from Kyung Hee University with a Bachelor’s degree in theater.

Professionally, Gong Yoo is a Hallyu star from South Korea. He is an actor best recognized for his work in TV dramas like Coffee Prince and Guardian: The Lonely and Great God. He has also acted in several hit films like Silenced, Train to Busan, and The Age of Shadows. He is signed under the same management agency as actors Bae Suzy, Choi Woo Shik, Gong Hyo-jin, Kim Jae Wook, Nam Joo-hyuk, Seo Hyun-jin, Yoo Min-kyu, Jung Yu-mi, and Jeon Do Yeon among others. This agency is Management SOOP Corporation.

The actor began his career in 2000 through his show business as a video jockey on Mnet. He then debuted as an actor in School 4 in the year 2001. He also hosted the music program Music Camp in the year 2004. Likewise, Yoo played his first lead role in the year 2005 in Hello My Teacher working alongside actress Gong Hyo-jin. Actor, he followed this with the drama One Fine Day in the year 2006.

Moreover, he acted in Coffee Prince as the character Choi Han Kyul. This drama’s popularity solidified he as a leading actor as well as established him as a Hallyu star. 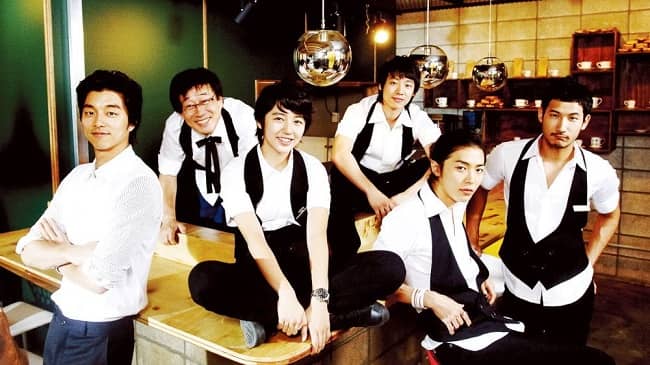 Caption: Gong Yoo posing for a photo with the casts of Coffee Prince. Source: allkpop

Gong Yoo enlisted for his mandatory military enlistment on January 14, 2008. The actor had 8 months of frontline active service in Cheorwon. Following this, he was transferred to the Defense Media Agency. There, the actor served in the public relations department. He was also the host/DJ for the army radio station. The actor then completed his service on December 8, 2009, and subsequently discharged from the military on the same day.

After his military service, Gong Yoo worked on Finding Mr. Destiny alongside actress Im Soo Jung. He then worked on Silenced with actress Jung Yu-mi. The actor initiated and pursued the production of the novel The Crucible for this movie. Its international release was under the film title Silenced on September 22, 2011.

Upon its release, this film sparked public outrage and subsequently led to a reopening of the investigations into the incidents that the movie and novel were based on.

The Dogani Bill, named after the Korean title of the film, was successfully passed in late October 2011. This revised bill was a legislative reform by the National Assembly to target sex crimes against minors and the disabled.

Likewise, he starred in Big alongside actress Lee Min-jung. He then portrayed the role of an elite North Korean spy in the 2013 movie The Suspect. 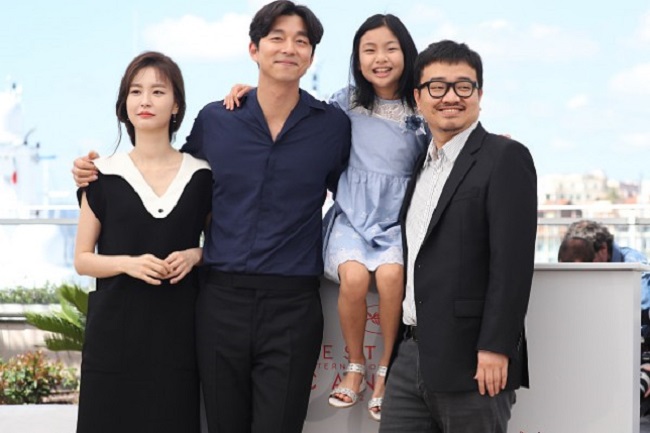 Caption: Gong Yoo posing for a photo with the casts of Train to Busan. Source: Latin Post

Moreover, United Nations Children’s Fund (UNICEF) in Korea appointed Gong Yoo as its special representative in November 2013. He was appointed in conjunction with a celebration of the 24th year since the Convention on the Rights of the Child (CRC). Subsequently, the actor visited countries around the world and raised awareness of the situation of children in underdeveloped countries.

Similarly, he became the ambassador for the National Tax Service (NTS) on July 7, 2014. He received this ambassadorship alongside the fellow Hallyu star Ha Ji-won. The Hallyu stars modeled together for promotional posters and also participated in street campaigns to encourage honest tax payment in support of the NTS.

In the year 2016, actor Gong appeared in A Man and a Woman. For this project, the actor worked with the critically acclaimed actress Jeon Do Yeon. He also starred in Train to Busan, a successful zombie blockbuster. Moreover, he also starred in The Age of Shadows in the same year.

Moreover, in December 2016, he appeared as Goblin/Kim Shin in Guardian: The Lonely and Great God. He worked alongside several well-known actors Kim Go Eun, Lee Dong Wook, Yoo In-na, and Yook Sung Jae. For his portrayal of Goblin, he bagged the award “Best Actor” at the Baeksang Awards.

Then in the year 2018, the actor appeared in the film Kim Ji-young: Born 1982. He reunited with his Silenced and Train to Busan co-star Jung Yu-mi for this project. Likewise, in March 2020, he started working with the Chinese actress Tang Wei in Wonderland. This, along with the TV series The Silent Sea, are yet to be released while writing this biography. Furthermore, in 2021, the actor is working on Seo Bok alongside actor Park Bo-gum. 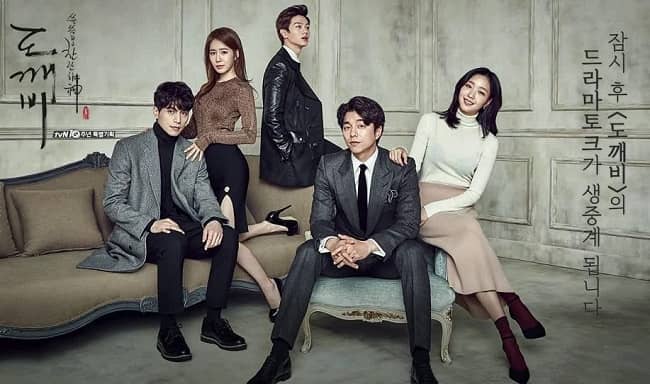 Gong Yoo has been romantically linked with several of his co-stars from several TV dramas and films. However, the actor is single and there have been no official announcements regarding his relationship and affairs. The actor is more focused on his career than his dating life. He is also busy with his acting, modeling, and endorsement schedules which reduces his personal life for dating and meeting his ideal women.

Gon Yoo stands tall at an approximate height of 6 feet or 1.84 meters and his weight is around 73 kgs. Other than this, there is no further information regarding Gong Yoo’s other body measurement details like his chest-waist-hip measures, dress size, shoe size, biceps, etc. Moreover, he has dark brown eyes and hair of the same color. 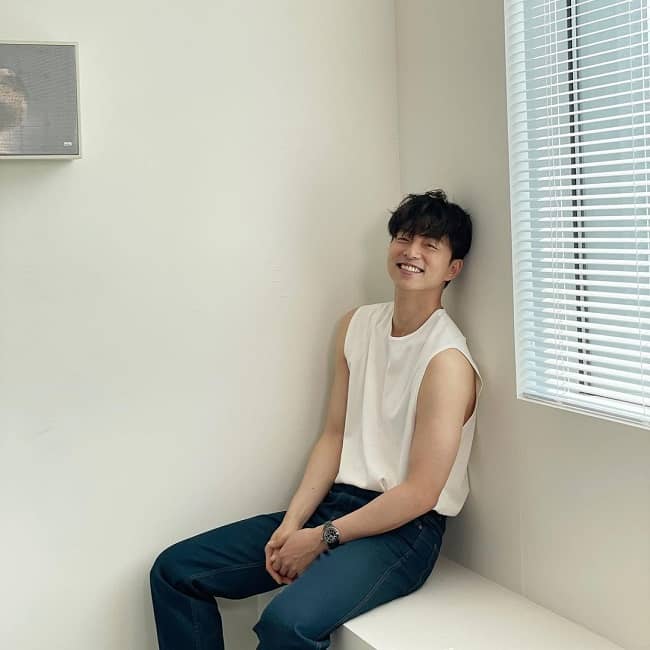