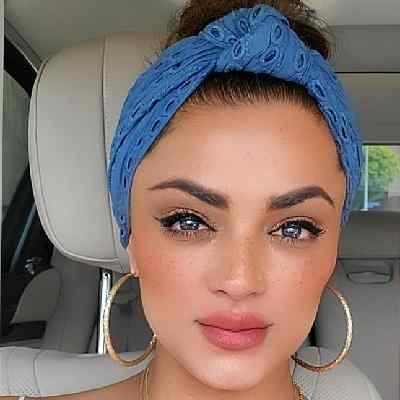 Golnesa Gharachedaghi is an American Reality Star. Golnesa Gharacheaghi is also an entrepreneur and is popular for starring in Bravo’s hit series “Shahs of Sunset”. She and her sister Leila are the head of the company “GG’s Extensions”.

Golnesa Gharachedaghi was born in Los Angeles, California, USA, on November 27, 1981. She is 39 years old and is under the astrological sign, Sagittarius. She holds American nationality and her nickname is GG. And, her ethnicity is Azeri.

Her father’s name is Mahmoud Gharachedaghi but her mother’s name is not available at the moment. Golnesa’s father operates one of the most successful boutique architecture firms on the West Coast whereas her mother works in the textile and garment industry in LA. He also has appeared alongside Golnesa on “Shahs of Sunset”. Likewise, she also has an older sister and her name is Leila Gharachedaghi and she is also an entrepreneur and runs several businesses, ranging from real estate to fashion and beauty.

Regarding Golnesa’s educational background and qualifications, she graduated from high school and later enrolled at Loyola Marymount University in Los Angeles to pursue a degree. Golnesa was able to receive her certification in addiction treatment counseling. She then went on to help establish a halfway house to help people struggling with alcohol as well as drug dependency.

Golnesa Gharachedaghi is an accomplished gymnast. She even trained for placement on the U.S. Olympic team competing in the 1996 Olympic Games in Atlanta when she was in high school. However, later on, she decided she didn’t want to pursue a career as an amateur or professional athlete so, she went on to pursue a degree at the University.

Likewise, Golnesa is a self-professed fashion diva and shopaholic. She started designing a collection of couture. After that, she along with her sister went into business to start “G.G.’s Extensions”. The company offers a variety of premium synthetic as well as human hair extensions that can be worn without clips, tape, or glues and do not damage the hair using new, patented technology. Their business really took off and is doing really well at the moment.

Golnesa Gharachedaghi is a reality star as well and also a model. She appeared in a famous show “Shahs of Sunset” and she was able to reflect the best part of the TV series. She played the role of an entrepreneur in the show. Golnesa along with other six people appeared in the show. Caption: Golnesa Gharachedaghi along with her co-stars (Source: Instagram)

Golnesa Gharachedaghi is single as of now and is more focused on her life and career rather than being in a relationship. However, she was married to Shalom Yerushalmi and tied the knot on January 25, 2017. However, as their relationship didn’t work out, they separated and divorced on December 26, 2018.

Likewise, Gharachedaghi used a sperm donor and successfully completed a round of in vitro fertilization in August 2019. He gave birth to a beautiful baby boy and his name is Elijah. Golnesa Gharachedaghi has a height of 5 feet 9 inches whereas her weight is 62 Kg. Gharachedaghi’s other body measurements such as her chest size, waist size, and hip size, are 35-28-35 inches respectively. Moreover, Golnesa has brown hair as well as brown eyes.

Golnesa Gharachedaghi is pretty active on all of her social accounts. She has garnered 887K followers on Instagram and 145.2K followers on Twitter. Likewise, she is active on Facebook as well and has mustered 12.3K followers on it.

According to dreshare, Golnesa Gharachedaghi has a net worth of $12 million and her main income source is her career as a reality star and businesswoman.