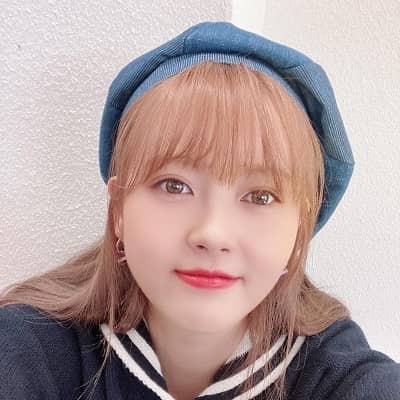 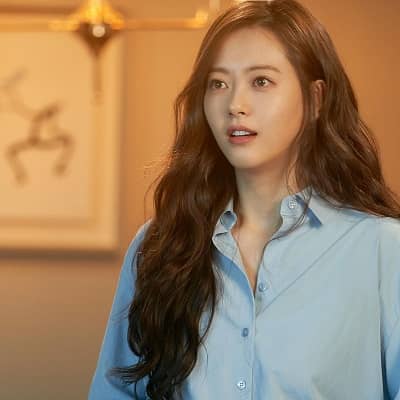 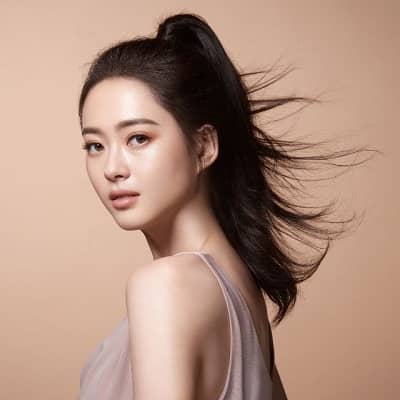 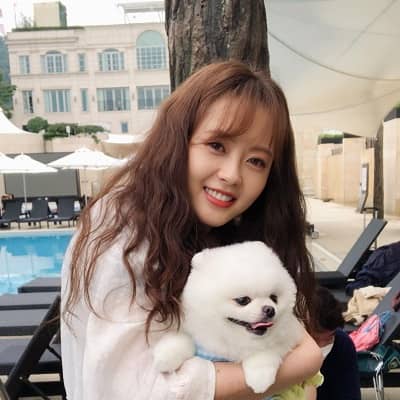 Go Ara is a prominent South Korean actress and model. Go Ara is popular for appearing in several well-known movies and drama series. She has appeared in “Sharp”, “Reply 1994”, “You’re All Surrounded”, “Hwarang: The Poet Warrior Youth”, “Ms. Hammurabi”, and “Do Do Sol Sol La La Sol” among many other projects.

Go Ara was born on February 11, 1990, and her age is currently 31 years old. She hails from Jinju, South Gyeongsang Province, South Korea, and her zodiac sign is Aquarius. At a young age, Go Ara constantly moved around Korea because her father was a soldier. Her name is written in Korean as 고아라 and in Hanja as 高雅羅.

When Go Ara was in junior high, a friend recommended her to audition for the talent agency SM Entertainment. In the year 2003, Go Ara became the winner of the SM Entertainment Teen Model Contest.

Talking about her educational journey, Go Ara graduated from ChungAng University majoring in theater. Similarly, Go Ara has a younger brother named Go Yunseok. Other than this, there is no information regarding her parents and other family details except the fact that her father is/was a soldier. Likewise, her hobbies include listening to music and playing the flute. 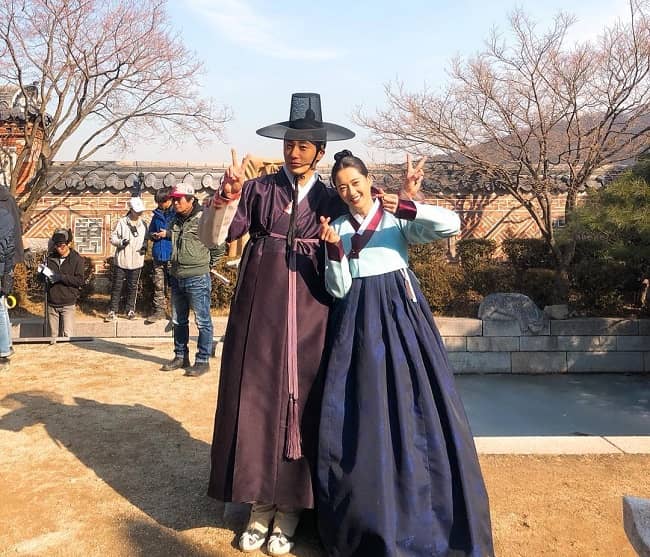 Go Ara debuted as an actor in the year 2003, the same year she won the SM Entertainment Teen Model Contest. She played the role of the female lead, Lee Ok-rim, in the 2003 KBS teen drama Sharp. Her character Ok-rim was an ambitious and confident middle school girl and this catapulted her to instant stardom. She then reprised her role of Lee Ok-rim in the sequel Sharp 2.

In the year 2006, Go Ara starred in the SBS melodrama Snow Flower alongside Kim Hee-ae. She portrayed the rebellious and ambitious Yoo Da-mi. This also won her acting recognition at the Baeksang Arts Awards.

Similarly, Go Ara’s first film was the big-budget Japanese movie Genghis Khan: To the Ends of the Earth and Sea. This was released in Japan in March 2007. For this movie, Go Ara played the role of Khulan, the mistress of Genghis Khan. The actress was then cast in another Japanese film, Dance Subaru due to her fluency in the language.

In 2008, Go Ara appeared in the MBC drama Who Are You? opposite Yoon Kye-sang. Despite low ratings in Korea, Who Are You? is a body-swap comedy and this became popular among international fans. This increased her Korean Wave profile. This eventually led to an appearance in the Japanese television drama Karei naru Spy. In the year 2009, Go Ara starred in MBC’s romantic comedy Heading to the Ground with idol singer Jung Yunho from DBSK.

In the year 2011, Go Ara made her domestic film debut in the sports film Pacemaker. In this film, Go Ara gained 5 kg weight to portray a pole vaulter representing South Korea. Ara then portrayed her singing skills in the 2012 multicultural film Papa, with Park Yong-woo. The actress drew attention for her singing and dancing abilities, fluent English, and acting performance in the film.

Furthermore, Go Ara’s popularity further rose through the nostalgic campus drama Reply 1994 released in 2013. In order to portray the role of Sung Na-jung in this drama, Go Ara cut her hair short and also gained 18 lbs. Many doubted her casting when announced, but the actress’s acting later gained praise both critically and with viewers.

For her performance in this drama, Go Ara received “Best Actress” nominations in the Baeksang Art Awards and APAN Star Awards. The actress next starred as the sole female rookie detective in the 2014 police drama You’re All Surrounded, alongside Lee Seung-gi and Cha Seung-won.

In the year 2015, Go Ara returned to the big screen alongside Yoo Seung-ho in the Joseon-era romance film, The Magician. In this film, Go Ara plays a princess who finds love with a circus magician. The actress followed this with a leading role in Phantom Detective. It is a neo-noir action flick starring Lee Je-hoon as the titular Hong Gil-dong. 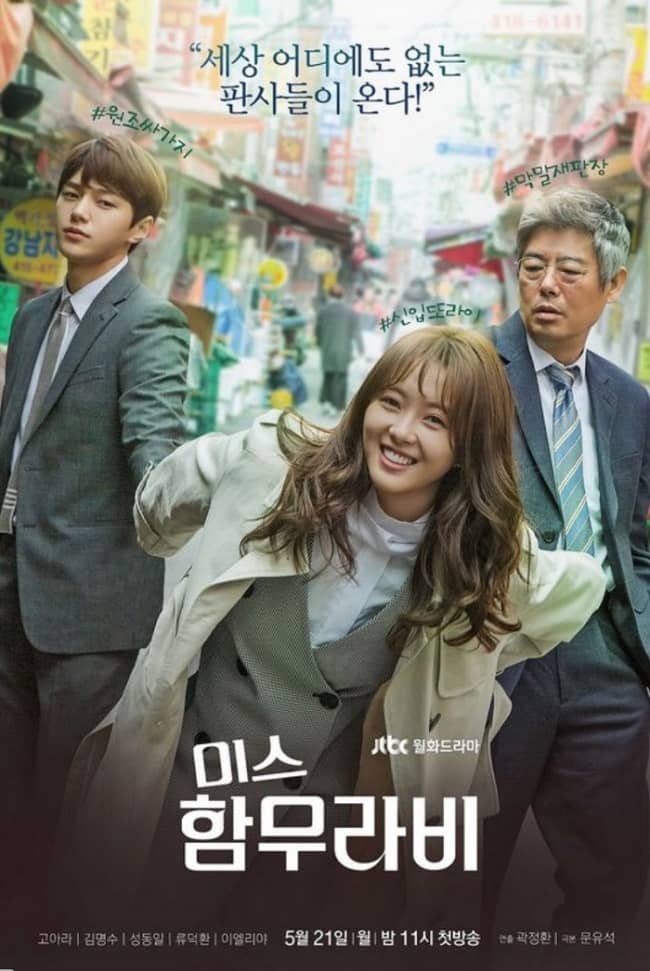 In the year 2016, Go Ara starred as the female lead opposite Park Seo-joon in the youth historical drama Hwarang: The Poet Warrior Youth. The same year, the actress left SM Entertainment after 13 years. Following this, Go Ara signed with the newly formed management agency Artist Company in January 2017.

In the year 2019, the actress starred in the historical action drama Haechi. She played the role of a detective who is well versed in both martial arts and foreign languages. Furthermore, Go Ara’s most recent project while writing this biography is the 2020 music romance drama Do Do Sol Sol La La Sol. For this project, Go Ara starred as a pianist who hits rock bottom following her family’s downfall. 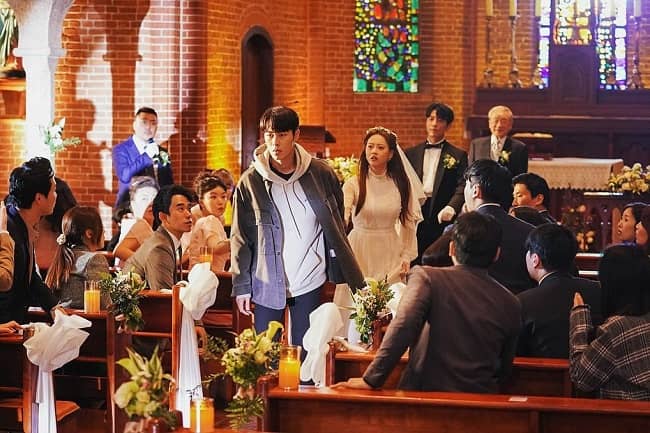 Caption: Go Ara captured with her co-stars in a still cut of the drama ‘Do Do Sol Sol La La Sol’. Source: Instagram

On 7 March 2019, Go Ara’s agency reported that during the filming of Haechi, the actress ruptured her Anterior talofibular ligament. This resulted in her being hospitalized.

There is no verified information regarding Go Ara’s relationship status and love affairs. She has not shared any social media posts that might indicate her past and present relationship details. This also might indicate thet she is currently single.

Go Ara stands tall at a height of approximately 1.68 meters or 5 feet 5 inches. Likewise, her body weight is around 45 kgs or 121 lbs, and her chest-waist-hip measures are 34-26-38 inches. Further, Go Ara has dark brown hair and eyes of the same color. 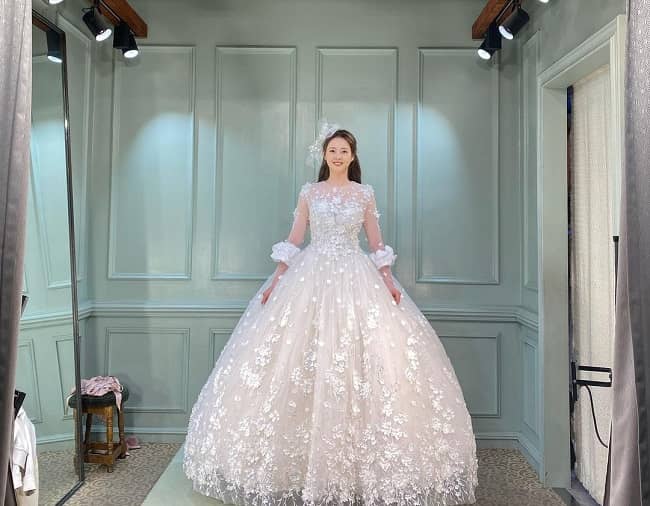 Caption: Go Ara posing for a photo in a wedding dress for the drama ‘Do Do Sol Sol La La Sol’. Source: Instagram

Talking about her social media presence, Go Ara is available on Instagram under the username @ara_go_0211. This account boasts 901 posts shares and over 1.1 million followers. Likewise, she created her official Facebook page on July 18, 2011. So far, over 813.8k people follow her journey on this platform. Moving on, Go Ara has a net worth estimation of approximately $800,000 to $900,000 US dollars.