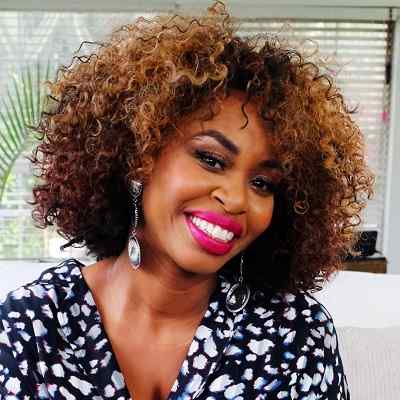 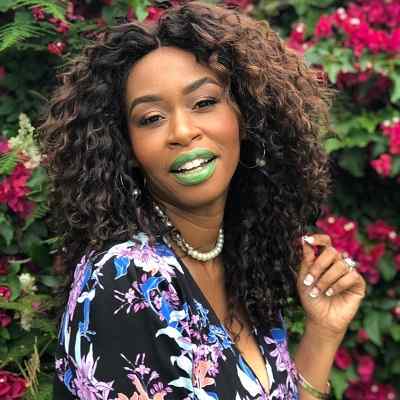 GloZell Green was born on July 30, 1972, and she is currently 50 years old. She hails from Orlando, Florida, and her zodiac sign is Leo. Likewise, her full name is GloZell Lyneette Simon (née Green). Also, she is better popular as GloZell Green or simply GloZell. Later, she moved to Los Angeles, California, and eventually became a member of a sketch comedy troupe called The Groundlings.

Talking about her family, her parents are her mother Gloria, and her father Ozell Green. Her name is a portmanteau of the names of her parents. Likewise, she has a sister named DeOnzell and who is an opera singer. Regarding her educational journey, she graduated from the University of Florida with a BFA degree in musical theatre in the year 1997. 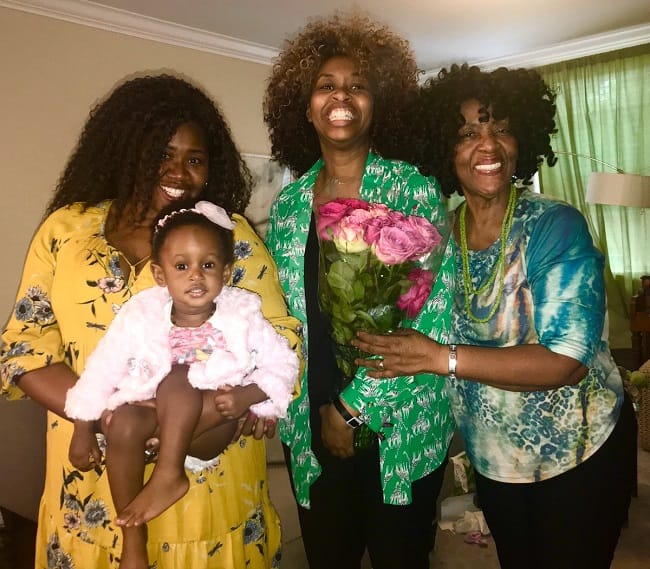 Caption: GloZell Green posing for a photo with her family. Source: Twitter

Professionally, GloZell Green is a YouTube personality, rapper, singer, and comedian. She established her YouTube channel in the year 2008. She initially shared videos related to interviews, a comedy about her life, impersonating celebrities, and song parodies.

The same year, she was also featured in Beauty and the Beat a popular video by Todrick Hall. Another popular video is “My Push-up Bra will help me get my man” with more than 25 million views. Further, she gained wide recognition when her blog about meeting Elijah Wood was mentioned. The actor himself mentioned it during a 2011 interview on Jimmy Kimmel Live!

Then in 2012, she appeared in the web series Dr. Fubalous. For this web series, she worked alongside Danny Trejo, Flavor Flav, and fellow YouTube personalities Antoine Dodson and Colleen Ballinger.

In the year 2015, she interviewed President Barack Obama on January 22, 2015. It was for a YouTube live stream hosted at the White House. She joined this interview alongside fellow YouTubers Bethany Mota and Hank Green.

During this interview, she talked about racial profiling and officer-involved shootings, relations with Cuba, and cybersecurity among others. Then at the end of the interview, she handed Obama green lipstick to give to the first lady and their children. However, she misspoke and said, “One for your first wife…” resulting in some laughs from the audience in the room.

Further, she also interviewed Hillary Clinton. Then in 2018, she had a small role as Little Debbie in Ralph Breaks the Internet. She is also popular for her work on Escape the Night, Trolls, and The Wedding Ringer. 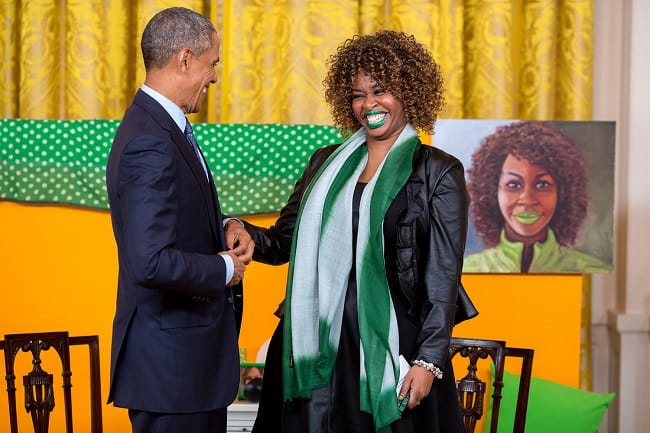 Moreover, as a singer, Green released her debut iTunes single, Pick Up After Your Dog in the year 2013. She also won the Lifestyle award at the 2016 Streamy Awards. She names comedian Jay Leno as a deep inspiration from whom she learned a lot. Following this, she started a blog that included interviews with other audience members at Leno’s shows.

Besides YouTube, she has also performed standup acts in several comedy venues. In addition, she has also appeared in several shows. Some of the spaces in which she has performed her stand-up act are The Comedy Store, The Improv, the Laugh Factory, Showtime at the Apollo, Steve Harvey Talent Show, and the J. Anthony Brown’s J Spot Comedy Club among many others.

Further, she released two singles in the year 2013 alone. She is also a writer and has published books. One of them is an autobiography named Is You Okay? She published it in the year 2016. Moreover, she wrote this book in collaboration with Nils Parker. Likewise, she is also friends with Youtubers Colleen Ballinger and Frankie Grande aka FrankGloCo. She also hosts a podcast called “Glowing Up”. 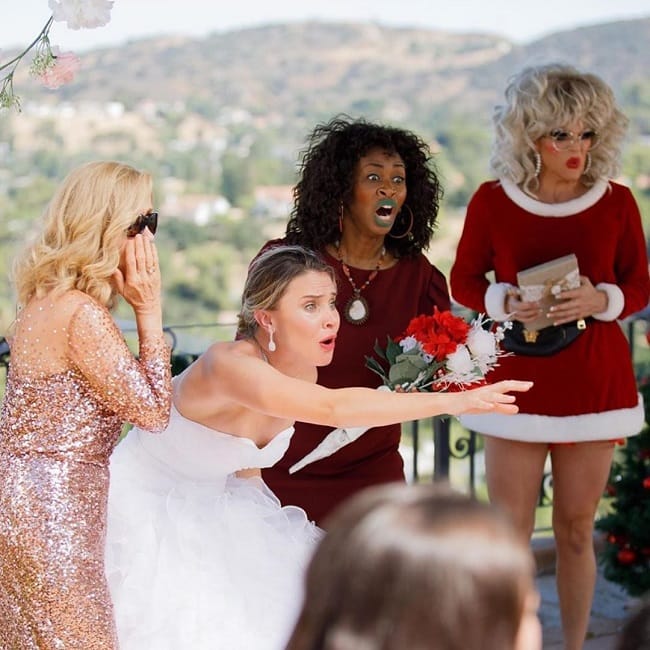 Caption: GloZell Green captured in a scene of “Beauty and Beast”. Source: Instagram

GloZell Green married from the years 2000 to 2003 but she has not revealed the name of her ex-husband. She described her relationship with her ex-husband and their divorce in her autobiography Is You Okay?

Later, she married her manager as well as her husband Kevin Simon on August 9, 2013. They live in Los Angeles. Likewise, the couple welcomed their first child via surrogate on August 4, 2016. They named their daughter O’Zell Gloriana De Green Simon. Further, the surrogate mother’s name is Shawna Johnson.

Unfortunately, it seems like she had Kevin Simon divorced as she has mentioned in her Instagram bio that she is a “single mother”. Further, she has a boyfriend and she has shared several photos featuring him. His name is Augustus Golden and he is an owner and qualified manager at Golden Detective Agency. 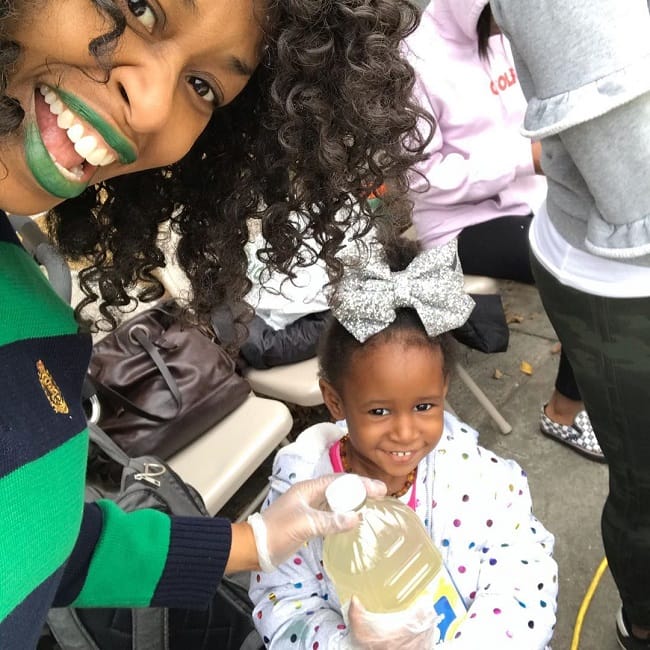 Caption: GloZell Green posing for a photo with her daughter. Source: Instagram

GloZell Green stands tall at a height of approximately 1.78 meters or 5 feet 10 inches. She has shared her weight-loss journey in her Youtube video. she opened up about her dramatic weight loss. She told her viewers, “I’m looking for ways to firm and tone up because I lost over 75 pounds! Don’t I look good?” and it was back in 2018. Likewise, she has dark brown eyes and curly hair of the same color.

Talking about her social media presence, GloZell Green joined Twitter in June 2009 and so far has 635.8K followers on her @GloZell account. Likewise, she is also available on Instagram under the username @glozell. This account boasts 3,816 posts and over 1.3 million followers at the time of writing this biography.

Further, she created her official Facebook page on April 7, 2010, and so far has over 846.9k people following her journey. She also has a Vine account. Green created her self-titled Youtube channel on January 27, 2008. Since then, this channel has earned over 861.9 million views and over 4.67 million subscribers.

Moving on, Green has a net worth estimation of approximately 2 million dollars. Her Youtube channel alone is worth 98,000 dollars. Likewise, she has published over 2,350 videos which all together add up to more than 861.9 million views. Further, Green creates on average 4 new videos every month earning 56.1k video views every day.