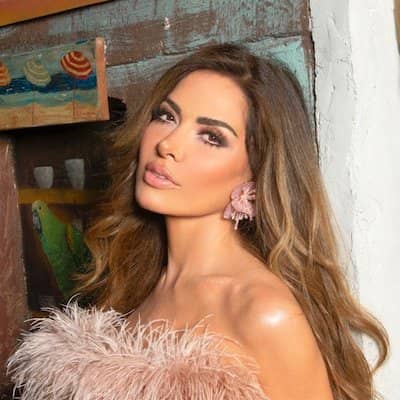 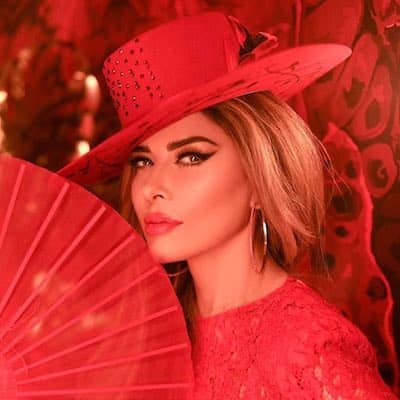 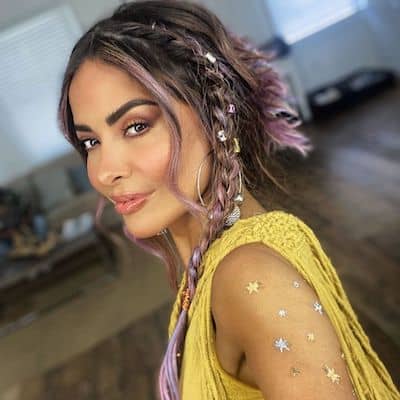 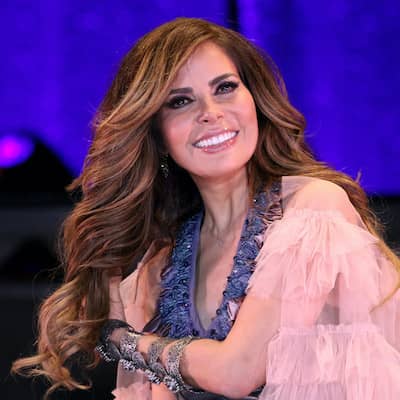 Gloria Trevi was born on February 15, 1968. Her birth name is Gloria de los Ángeles Treviño Ruiz. She is from Monterrey, Nuevo León, Mexico. She is currently 54 years old and her sun sign is Aquarius.

Her parents are Gloria Ruiz Arredondo (mother) and Manuel Trevino Cantu (father). Likewise, she has a brother named Luis Trevino. This personality left Monterrey for Mexico City to pursue her music career. 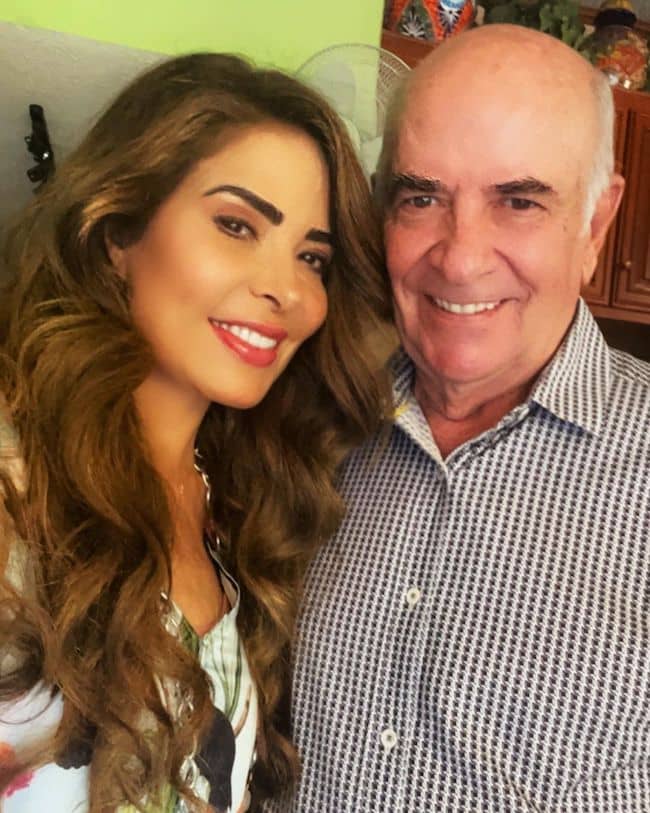 Gloria Trevi became a member of a short-lived girl group named “Boquitas Pintadas” in the year 1985. Later, the group broke up after 3 years and she approached Sergio Andrade for the production of her first solo album, “Que Hago Aqui” which was released in 1989.

Then, in the year 1991, she released her second album “Tu Angel de la Guarda”. Similarly, in the following year, her 3rd album “Me Siento Tan Sola” (“I Feel So Lonely”), was released. Then, this singer  released two singles, “El Recuento De Los Danos” and “La Papa Sin Catsup”, from her 4th studio album “Mas Turbada Que Nunca” in the year 1994.

Likewise, her final album produced by Andrade, “Si Me Llevas Contigo” was released in 1995. This singer announced that she would retire to care for Andrade during his cancer battle on 13th March 1996. 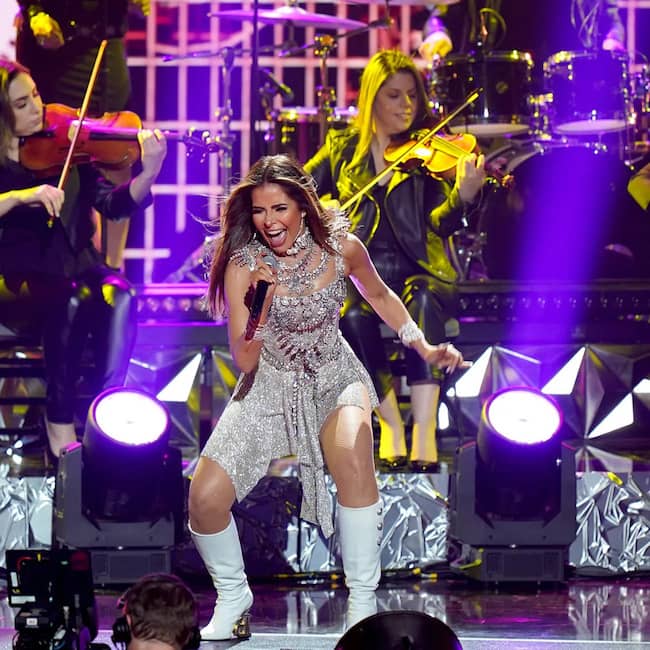 In 2000, she along with her backup singer Maria Raquenel Portillo were arrested in Rio de Janeiro, Brazil on charges of corrupting minors. Later, Trevi was cleared of the charges in the year 2004, due to lack of evidence, after spending 4 years and 8 months in prison.

Likewise, after her release from prison, this singer released her 6th studio album, “Como Nace el Universo”. Her 7th studio album “Una Rosa Blu” was a huge critical and commercial success in the year 2007. In 2010, her 8th album “Gloria” was released and in 2013, her album “De Pelicula” was released.

Similarly, her 11th album “EI Amor” was released in 2015. Trevi collaborated with fellow Mexican artist Alejandra Guzman for the album “Versus” in 2017. At the 23rd BMI Latin Awards for her impact on Latin pop, this personality received the BMI President’s Award on March 2, 2016. 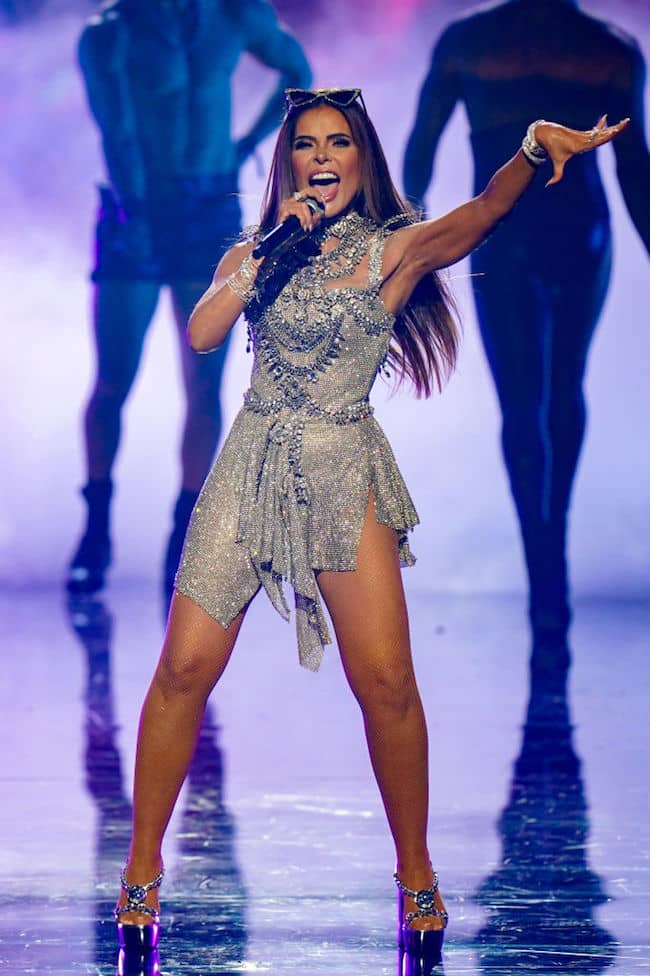 Caption: Gloria Trevi while performing on the stage. Source: TUDN

This singer married Armando Gomez, a lawyer, on 17th December 2009. Trevi gave birth to her first child with Armando when she was in prison in 2002. Together, they have 3 children namely Ana Andrade, Miguel Armando Gomez, and Angel Gabriel Gomez.

Their relationship is going pretty well as of now. Therefore, there is no sign of separation between them and the couple is living a happy life together. 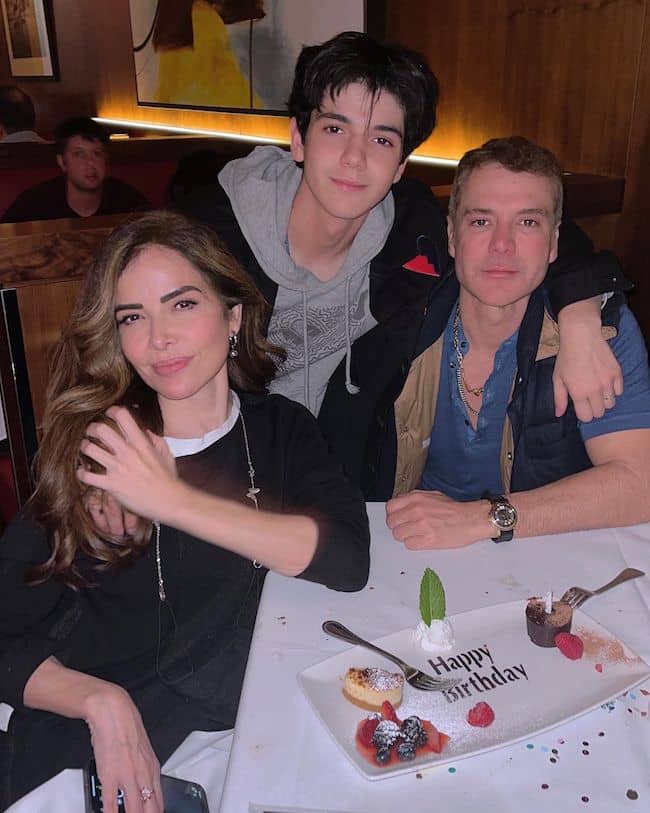 Trevi has a tall height of 5 feet 5 inches with a bodyweight of 58 kilos. Moreover, this singer’s hair color is dark brown and her eye color is brown. Trevi’s look is very attractive and attracts a lot of people through her glowing face and charming smile. Unfortunately, her other body measurements are missing from the internet.

There is no doubt that she is earning a good amount of money from her career. Therefore, her major source of income is her singing career. However, she has a net worth of $40 million.