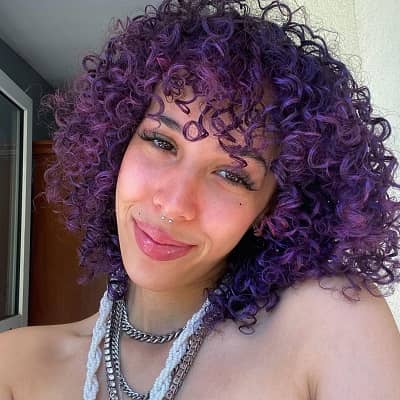 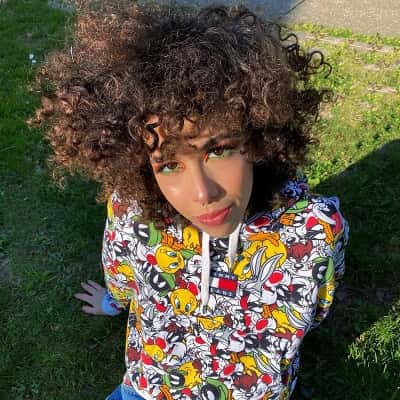 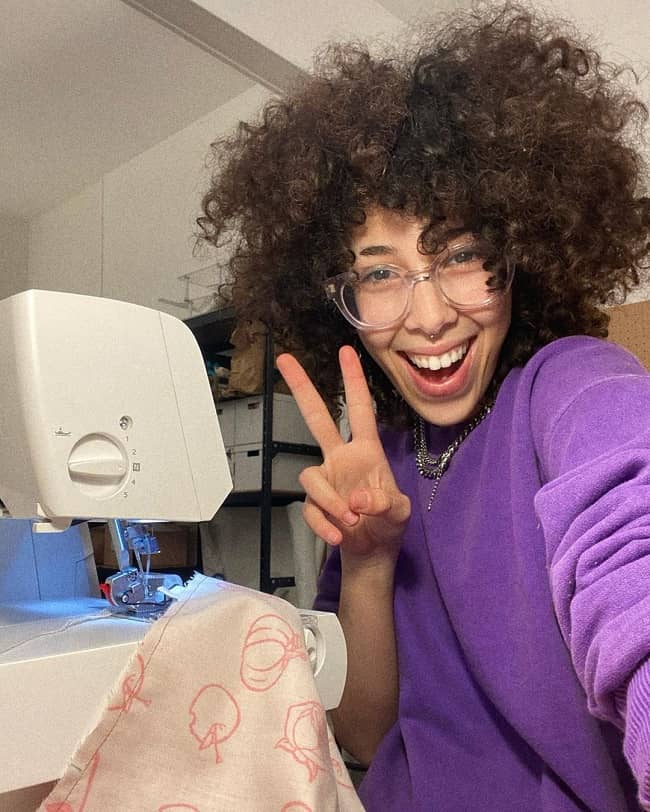 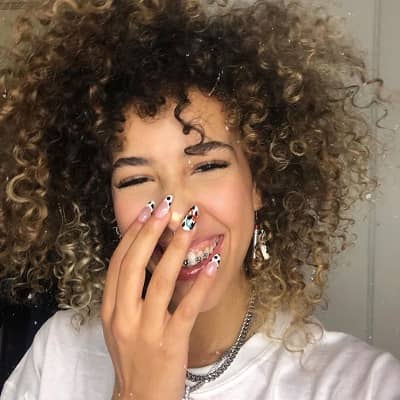 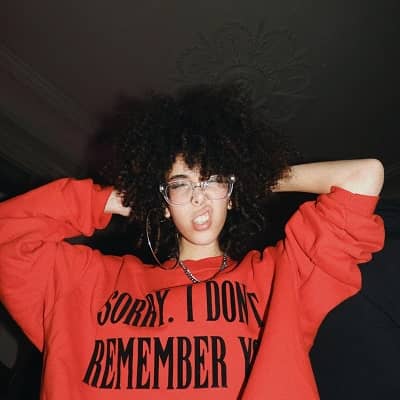 Gloomy Sarah is a young French social media personality. Gloomy Sarah is primarily a YouTube star who is also available on Twitter and Instagram among other platforms.

Gloomy Sarah was born on November 26, 1998, and she is currently 22 years old. She is a citizen of France and she is based in Paris. Moreover, her zodiac sign is Sagittarius. She is an avid traveler and has visited various countries like the US, Rio de Janeiro, and the Caribbean.


She has not shared much information regarding her parents, siblings, and other family details. She also has yet to share insights into her educational journey. But considering her age, we can assume that she might be a university student unless some incidents in life made her quit or take a break from her studies.

Caption: Gloomy Sarah posing for a photo with her sewing machine while working on a new project. Source: Instagram

Professionally, Gloomy Sarah is a social media personality. She is famous as a YouTube star well-known for her “Gloomy Sarah” channel. She has gained popularity there for her fashion lookbooks, makeup tutorials, and challenges. Similarly, She began her YouTube channel in November 2016.

Furthermore, she has earned more than 150,000 YouTube subscribers. And she has also gained more than 80,000 Instagram followers. She has also collaborated with pop singer Bilal Hassani on her YouTube channel.

Her journey towards social media stardom began in August 2016. It was when Sarah uploaded her first picture on her Instagram account. Similarly, the young star set up her YouTube account in November 2016. Later in January 2017, Sarah began posting content on it. Since then, the young star has become one of the most prominent fashion and beauty experts from France on the platform.

Moreover, she started using Twitter in May 2013 after she set up her account and began posting updates soon after. At present, Sarah is more active here than on any other social media site. She also uses Twitter to engage her fans and advertise her YouTube content. 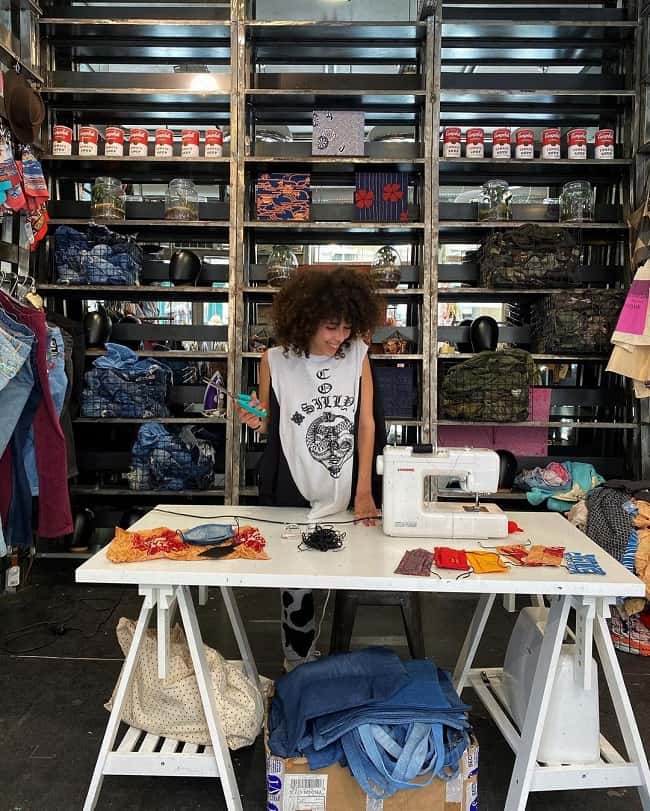 Furthermore, The oldest photograph on her Instagram was posted on 22 August 2016. It is a picture of herself holding a skateboard in one hand. Then on 21 October 2016, Sarah posted a picture with fellow YouTuber Mademoiselle Gloria. The caption on this post reads, “Paris by night with my baby girl”.

On 1st November the same year, she uploaded a photograph with singer, actress, and dancer Willow Smith. Willow is the daughter of Hollywood superstars Will Smith and Jada Pinkett Smith. She wished the young singer a happy birthday and stated that Sarah could not wait to see Willow again.

Similarly, on 19 November, Sarah uploaded a picture of herself in an Ellesse T-shirt. Almost a month later, on 7 December, Sarah shared her first video in which Willow Smith also makes an appearance. Willow was wearing a jacket that Sarah had made for her.

The on 25 August 2017, she shared a photo with YouTube content creator JEHÕVINH. This picture was a part of the commercial campaign for the clothing brand “Golf Gang”. They took this photo in New York City. Similarly, on 4 November, she put out a short promotional video on her Instagram account. 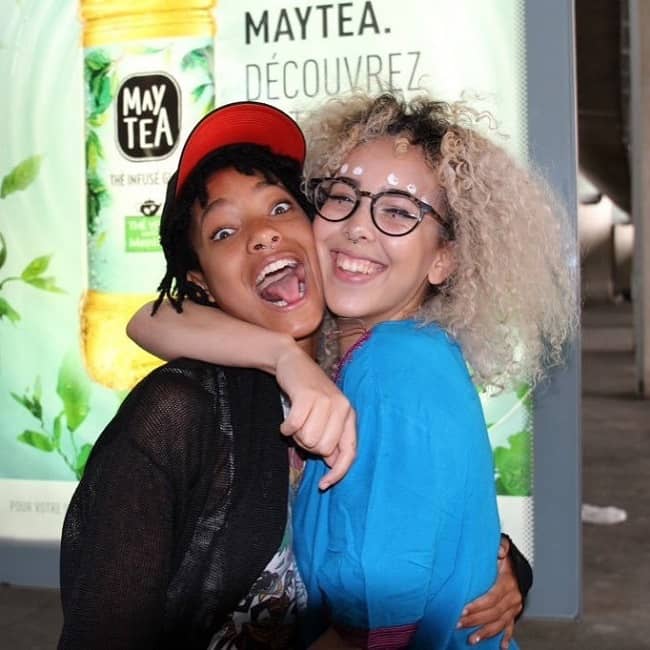 In December 2017, she spent her holidays in Guadeloupe and shared several pictures of her holiday. After her return to Paris, she modeled for the fashion label “Angel Chen”. She then posted one of the photographs from the campaign on 21 February 2018.

Similarly, on 29 September, Sarah uploaded a photograph of her meal at Nina Sushi. It is a restaurant at Levallois-Perret. She also shared a photo with rapper Lil Pump on 24 November.

She then created her YouTube channel on 26 November 2016. She uploaded the first video to this channe on 7 January 2017. The title of this video is ‘Try-On Haul Friperies | Gloomysarah’ and it has since become quite popular and has received more than 10 thousand likes against a little over 200 dislikes.

Since then, Sarah has used Youtube as a pivotal part of her gradual rise to fame. However, Sarah does not post videos as often as most make-up and fashion content creators do. Fellow YouTuber and model JEHÕVINH has also made appearances in some of her videos.

Some of the videos starring JEHÕVINH are Mon Meilleur Ami Fait Ma Voix Off (Ft. Jehõvinh) | Gloomysarah and On Se Fait Tatouer La Levre A New York! – Gloomysarah (Vlog + Jehovinh). Then on 30 January 2019, Sarah shared a lookbook video that was shot in Miami, Florida. 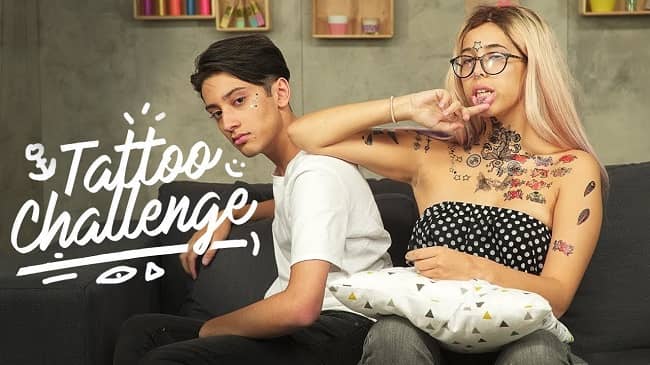 There is no verified information regarding Gloomy Sarah’s relationship status. Sarah has not shared any social media posts regarding this issue either. Moreover, she has maintained a clean public profile that is away from any rumors, scandals, and controversies.

Talking about her social media presence, she joined Twitter in May 2013 and her username on this platform is @Drewducul. Likewise, she is available on Instagram under the username @gloomysarah. This account boasts 86 posts shares and over 88.9k followers as of November 2020.

She then created her “gloomy sarah” YouTube channel on November 26, 2016, and so far has over 4.3 million views and 154K subscribers. We can also contact her at [email protected] for more inquiries.