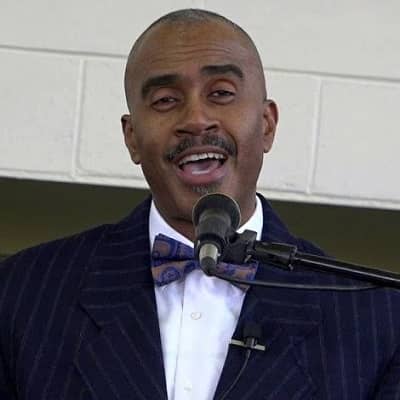 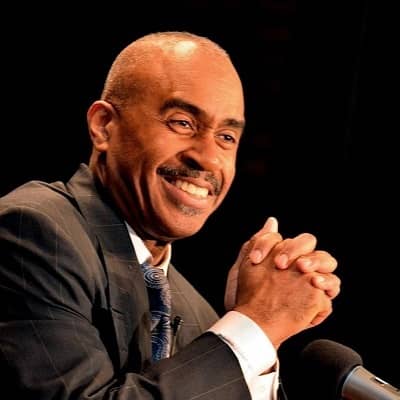 Gino Jennings is a popular American religious leader. Gino Jennings gained fame as the pastor and overseer of the First Church of Our Lord Jesus Christ., Inc.

Gino Jennings was born on 10 February 1963 and he is currently 59 years old. He hails from Philadelphia, Pennsylvania, and his zodiac sign is Aquarius.

Gino Jennings has a net worth of approximately $1 million US dollars. Jennings makes his earnings as a religious leader preaching at various locations around the world.

Gino Jennings is a happily married person. His wife is Darlene Gayman Jennings and they tied the knot in 1989. Together, this lovely couple has seven children in total – 3 daughters and 4 sons.

Professionally, Gino Jennings is a popular African American religious leader. He is best recognized for establishing the fundamentalist and Holiness denomination of the First Church of Our Lord Jesus Christ, Inc. in Philadelphia, Pennsylvania, and embracing Oneness Pentecostalism.

This personality started his ministry initially as a Bible reader for his uncle in church. Following this, Jennings became a child preacher at the age of 13. During his adolescence, this personality claimed that God appeared to him after a period of prayer and fasting.

By 2016, this personality and his First Church of Our Lord Jesus Christ, Inc. acquired its headquarters in Philadelphia. Likewise, they also had numerous churches spread throughout the United States and elsewhere globally. 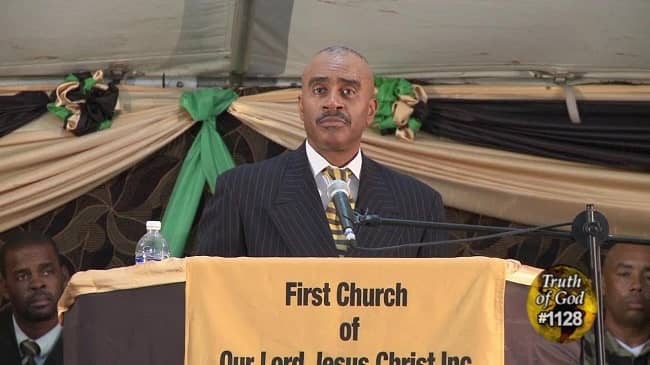 Caption: Gino Jennings during one of his religious preaching. Source: Youtube

Similarly, one of the stricter beliefs and views people have criticized the First Church of Our Lord Jesus Christ for includes their near-total rejection of women as clergy based on 1st Timothy 2:12. Another is a traditionally conservative dress code with head-coverings, long skirts, or long dresses, and rejecting makeup and jewelry.

Likewise, Gino defended his statements by saying not to listen to how he sounds but to what he says in defense of his interpretations of biblical modesty.

Presenting a staunch advocacy for nontrinitarianism, this personality is also known for rejecting and advocating forgoing the usage of the term “Christianity”. Instead, the word this personality believes more accurately describes his congregation’s faith should be the term “Holiness,” or the “religion of Holiness”.

Similarly, this personality has also attracted additional criticism for advocating a very fundamentalist Christian exclusivism via divine revelation for his denomination.

Moreover, this personality agreed to meet Jamaican entertainer Mr. Vegas for a debate in 2018. During the debate, this personality had Vegas escorted out of the building by security after an altercation that ensued between Vegas, the church’s audio and visual team, and the other associate ministers on the pulpit.

As a result, this led to the debate going viral throughout Jamaica. Also, two other ministers that agreed to debate this personality canceled. Then in the year 2019, this personality was banned from Australia. 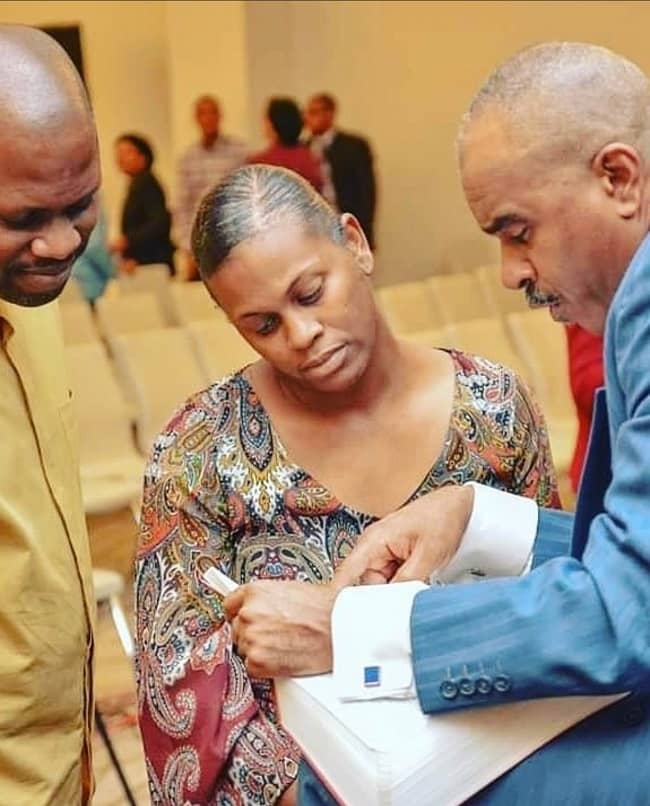 Caption: Gino Jennings interacting with the visitors at the church. Source: Twitter

Gino Jennings might have worked with various organizations, brands, and companies. However, Gino has not exclusively mentioned anything related to collaborating with any brands or companies. Hence, it is difficult to point out who Gino has worked with over the years.

Gino Jennings stands tall at an approximate height of 1.8 meters or 5 feet 10 inches. Likewise, Gino has a body weight of around 85 kg or 187 pounds. Similarly, Jennings has dark brown eyes and hair of the same color.