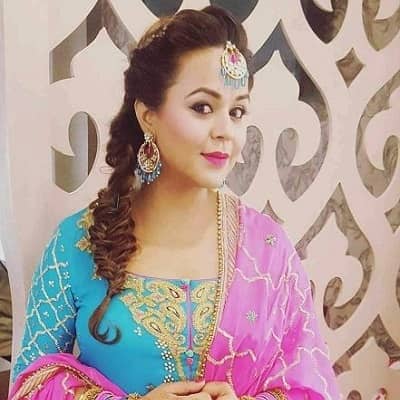 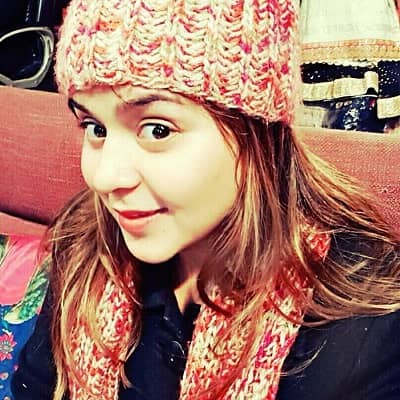 Ginni Chatrath is an amazing actress and also a celebrity partner who hails from Jalandhar, India. Ginni Chatrath is more popular as the wife of the Indian stand-up comedian, actor, and TV presenter, Kapil Sharma.

Ginni Chatrath’s birthdate is 18th November 1989, and her birthplace is Jalandhar, Punjab, India. As of now, Ginni’s age is thirty-one years old and her star sign is Scorpio. Likewise, Ginni Chatrath is an Indian native and has been following Sikhism as her religion. Her real name is Bhavneet Chatrath. Chatrath’s caste is Brahmin who also has a sister and her name is Harleen Chatrath. However, there is no information about Ginni’s parents.

Ginni was born in an upper-middle-class family. Her father is a popular businessman whereas her mother is a housewife. As for Ginni Chatrath’s educational background, she obviously is a well-educated and independent Indian woman. Ginni Chatrath first went to MGN Public School for her schooling. After then, Ginni attended Guru Nanak DEV University located in Jalandhar and then in DAV Institute of Engineering and Technology. She has completed her MBA. 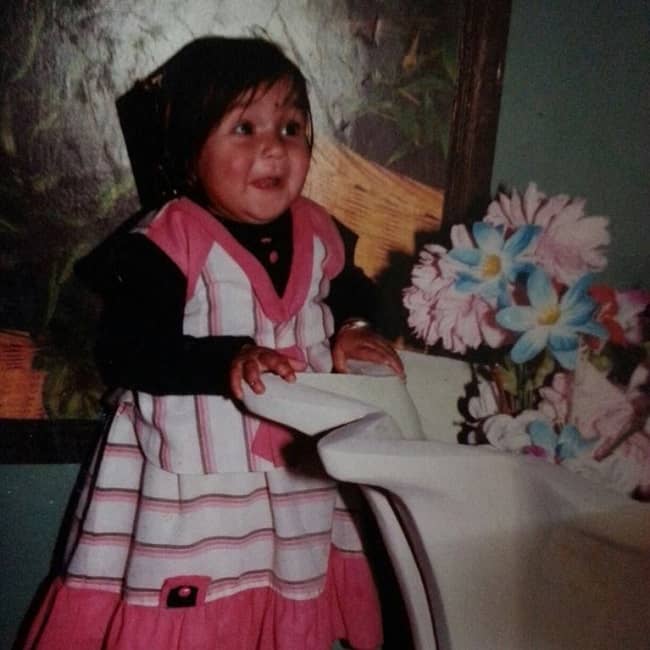 Caption: Ginni Chatrath when she was a kid (Source: DesiMartini)

Apart from her professional career, Ginni Chatrath has obviously been active in other activities as well. Ginni Chatrath loves shopping, traveling, and even watching movies in her spare time. Similarly, the Indian actress’s dream holiday destination is London. Ginni Chatrath’s favorite celebrities are the actor, Shahrukh Khan, and the actress, Madhuri Dixit. In addition to this, the actress’s favorite color is black and pink and she loves eating Punjabi food more often. Also, Ginni is an admirer of Dera Baba Murad Shah.

Ginni and her husband, Kapil Sharma started their professional career in the entertainment industry at the same time. They went to an Indian television show, “Hans Baliye” in the year 2009. There the both of them managed to gain numerous positive reviews which helped them for their further career. Ginni Chatrath has always wanted to become an amazing actress since she was very young. After appearing in “Hans Baliye”, Ginni eventually started getting various offers but she refused every offer.

As mentioned before, Ginni’s husband, Kapil Sharma is a famous Indian stand-up comedian, TV personality, actor, and also producer. He is more popular as the host of his own show, “The Kapil Sharma Show”. Before this, the actor was the host of another TV comedy shows, “Comedy Nights with Kapil  and “Family Time with Kapil”. Ormax Media has ranked him as the top Indian TV presenter in April 2016. Likewise, Forbes India placed him at eleventh and eighteenth in their list of the top 100 Celebrities in 2016 and 2017. Kapil then received an award of the CNN-IBN Indian of the Year in the Entertainment category in 2013.

In 2015, Kapil Sharma was placed in the 3rd position of the Most Admired Indian Personality List by The Economic Times. Then, in 2014, Kapil was present in the nomination list for the Swachh Bharat Abhiyan by the Indian Prime Minister Narendra Modi in order to extend awareness among people for hygiene and other sanitation linked social matters. For Kapil’s every hard work throughout his whole career and for his show, President Pranab Mukherjee invited him to the Rashtrapati Bhavan in September 2015 to recognize his contribution. 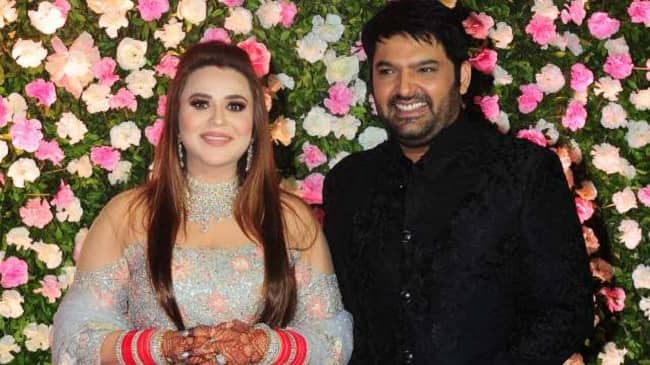 Caption: Ginni Chatrath with her husband at an event (Source: DNA India)

Ginni Chatrath has been earning a great amount of money throughout her whole professional career. The primary source of Ginni Chatrath is from her profession as an actress and also as a businesswoman. The net worth of the Indian actress was around Rs. 40 Lakh Indian Rupees. On the other side, Ginni’s husband, Kapil Sharma has a net worth of $40 million or 300 Crore Rupees as of 2021. Kapil Sharma has gets 1 Crore after appearing on a show and monthly he earns more than 5 crores. Overall there is no doubt that Ginni Chatrath has is living a great, happy, and lavishing life together with her family in Mumbai.

Kapil Sharma let out their relationship status in the year 2017 through his Twitter account. The couple eventually did their engagement in the year 2013. After that, the Indian couple got married on 12th December 2019 in Jalandhar. It was a traditional Punjabi wedding ceremony of 4 days function and soon after their wedding, the couple flew back to Mumbai. Moreover, Ginni Chatrath is 9 years smaller than her husband.

Ginni and Kapil even took part together in an Indian TV show, “Hans Baliye”. It was the same time when the couple fell for each other. Also, after their wedding, Ginni added Sharma to her name and her full name became Ginni Chatrath Sharma. The Indian couple also has a daughter who was born on 10th Dece, ber 2019. However, there is no information about the couple’s daughter. Other than this, Ginni Chatrath has never been in any rumors and controversy as well. 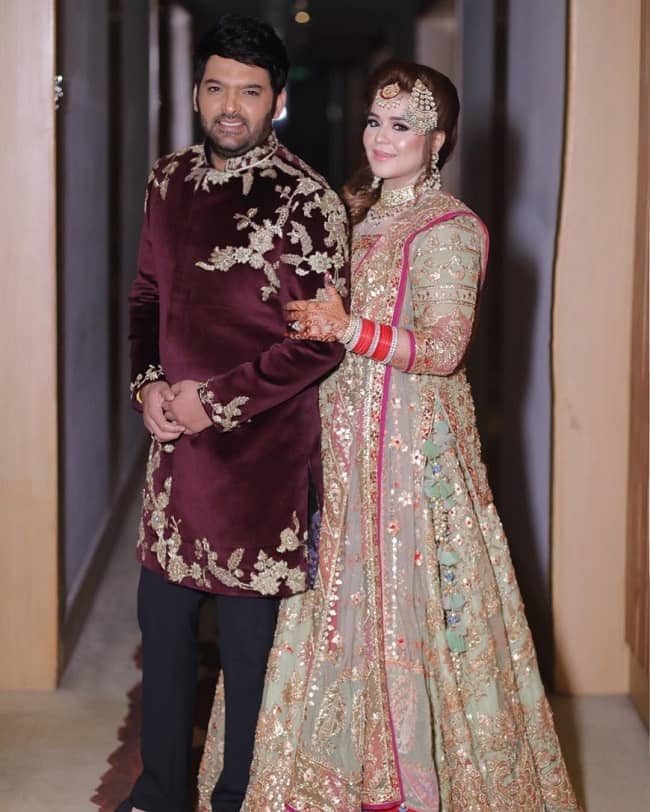 Regarding the Indian actress’s body measurement, Ginni has a good height of 5 feet 4 inches or else 163 cm or 1.63 m. Ginni Chatrath has a suitable bodyweight of around 55 kg or 121 lbs. Similarly, the Indian actress’s body measurements are 34 inches, 28 inches, and 35 inches. Ginni Chatrath’s bra size is 33 B and she wears a shoe having a size of 6 (US). In addition to that, Ginni Chatrath has a brown complexion with a pair of black eyes and long black hair. As a Punjabi Indian woman, Ginni loves dressing in her traditional clothes more often.