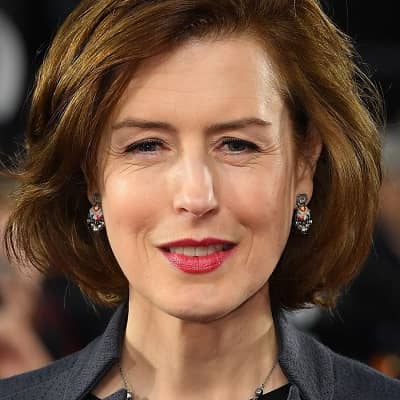 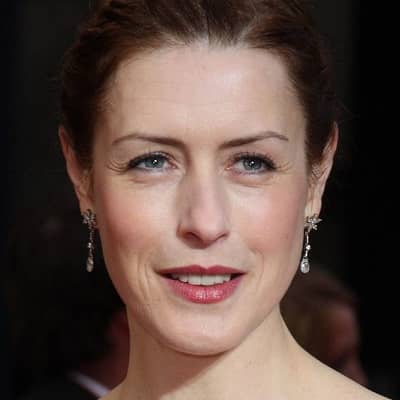 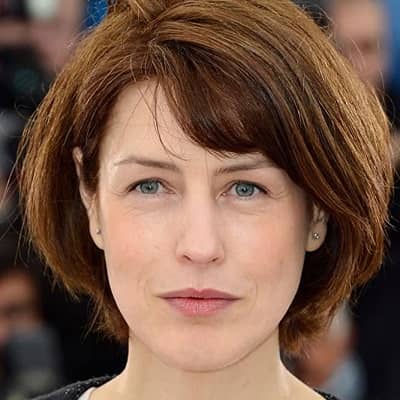 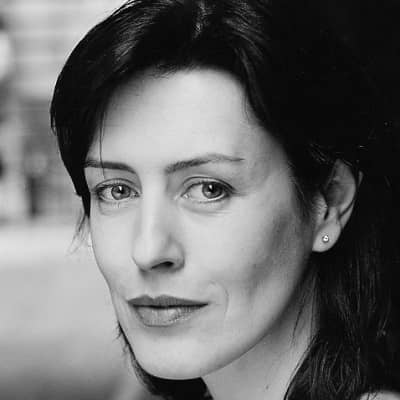 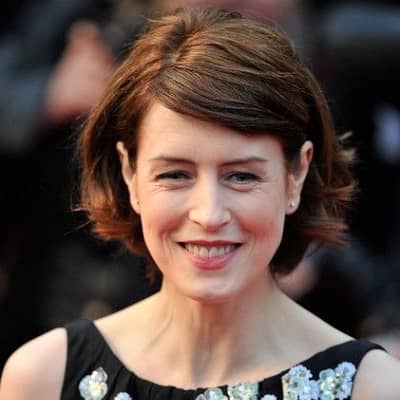 Gina McKee was born on 14 April 1964 and she is currently 58 years old. Likewise, her full name is Georgina McKee. Gina hails from Peterlee, County Durham, England, and grew up between Peterlee as well as nearby Easington and Sunderland. Likewise, Gina’s zodiac sign is Aries. Moreover, Gina is the daughter of a coal miner.

During her final year at primary school, Gina had her 1st experience acting. Gina and her friends decided to attend a new youth drama group after seeing a poster of it in a shoe-shop window. They were not serious about it in the beginning. However, Gina and her friends later became enthusiastic. 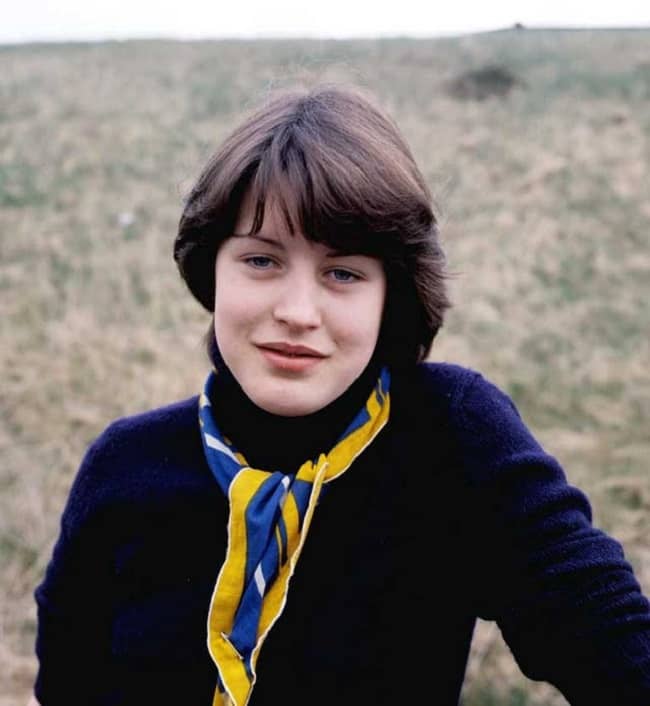 Caption: Gina McKee in an old photograph. Source: The Independent

Joining the drama group led to Gina’s first professional appearance while working on Quest of Eagles, a Tyne Tees children’s series. Then from the young age of 15 years, Gina McKee spent three summers in London with the National Youth Theatre.

Regarding her education, Gina completed her A-Levels at East Durham College. After this, Gina decided to apply to drama schools rather than art colleges. She even got blessings from her parents. Alas, several schools rejected McKee.

Some drama schools that rejected her include Bristol Old Vic Theatre School, the Central School of Speech and Drama, and the London Academy of Music and Dramatic Art. Furthermore, in the year 2002, the University of Sunderland awarded Gina McKee with an “Honorary Doctorate of Arts”. The university also awarded the same to footballer Niall Quinn.

Talking about her net worth and earnings, Gina McKee has an estimated net worth of $6 million US dollars.

Gina McKee is a veteran actress who has been active in the entertainment industry since 1979 to date. The actress is the recipient of the 1997 BAFTA TV Award for “Best Actress” for Our Friends in the North in 1996. Gina also received nominations for The Lost Prince and The Street. Gina also received nominations for “Best Actress” at the 1999 British Independent Film Awards for WONDERLAND. The same year, she also had a BAFTA nomination for THE LOST PRINCE. Further, in the year 2013, Gina bagged the “Best Performance” award at the RTS Awards for her role in HEBBURN.

Likewise, McKee has also starred in TV shows including The Forsyte Saga and The Borgias. In the latter, Gina played the role of Caterina Sforza in the year 2011. The actress has also made appearances in films like Notting Hill, In the Loop, and Phantom Thread.

Talking about the beginning of her acting career, Gina McKee started off with several small background roles. One of them is being a part of the Lenny Henry Show. Actress Gina then made her film debut in the year 1988. It was with a small role in The Lair of the White Worm. It is a Ken Russell film which also stars Hugh Grant.

Then in the year 1996, Gina McKee played the role of Mary in Our Friends in the North. It is a role for which Gina bagged three “Best Actress” awards in the year 1997. She also bagged the British Academy Television Award, the Royal Television Society Award, and the Broadcasting Press Guild Award for the same role. 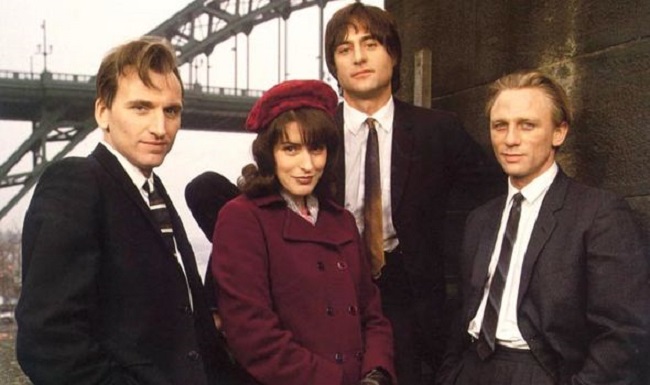 Caption: Gina McKee appearing in ‘Our Friends in the North. Source: Daily Express

Moreover, Gina McKee starred in several episodes of Brass Eye. It is a Chris Morris spoof current affairs show that aired from 1997 to 2001. For this project, Gina McKee appeared as reporter Libby Shuss. Further, the veteran actress’s theatre credits include Harold Pinter’s The Lover and The Collection at the Comedy Theatre in London.

In the year 2008, Gina McKee starred in Fiona’s Story and Ivanov. The former is a BBC drama whereas the latter is Chekhov’s West End revival. Then in the year 2010, the veteran actress starred in King Lear as Goneril. It is a Donmar Warehouse revival for which the director is Michael Grandage. This project also stars actor Derek Jacobi.

For the aforementioned role, Gina McKee received an Olivier Award nomination for “Best Supporting Actress”. The actress also played the role of the mother of a deaf teenager in The Silence. It is a BBC TV thriller show in which actor Genevieve Barr also stars. Recently in 2018, Gina McKee worked as Bodyguard. It is a very successful BBC/Netflix drama series in which Gina played the role of the character Commander Anne Sampson.

Furthermore, Gina McKee is one of the few performers to appear in both Inspector Morse and its spin-off series Inspector Lewis in 1987 and 2006 respectively. Likewise, the veteran actress also received the honor to narrate the documentary series Premier Passions in 1998. Ever since the show, Gina has supported Sunderland AFC, and the team followed in the show. While shooting Our Friends in the North in 1996, Gina shot the miners’ strike scenes around Easington Colliery. It was the actress’s first home and her gather’s family lived and worked there. 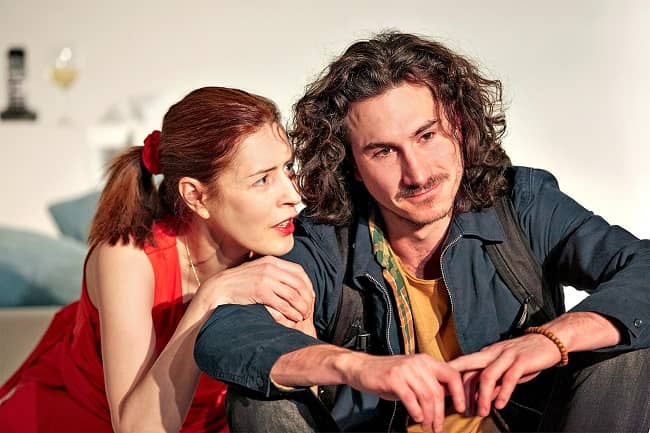 Caption: Gina McKee playing the role of Anne alongside William Postlethwaite as Nicholas in ‘The Mother’. Source: The Guardian

Gina McKee is married to Stephen J. Cary since August 1989. Her husband is also known by the name Kez Cary. The couple resides in East Sussex, England. Moreover, the actress turned vegetarian in 1982 and stayed the same ever since.

Gina McKee’s height is around 5 feet 8 inches or 1.73 meters and her body weight is around 56 kg. Likewise, Gina has a chest-waist-hip measurement of approximately 34-27-35 inches respectively. The veteran actress has brown hair and beautiful blue eyes.