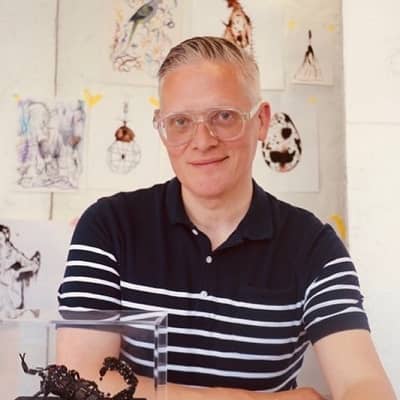 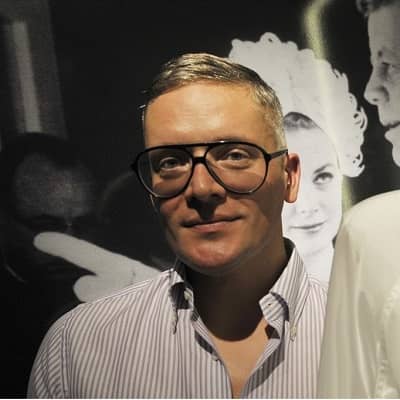 Giles Deacon was born on January 10, 1969, and his hometown is Darlington, England. As of 2021, he is 52 years old. Giles belongs to Caucasian Descent ethnicity and is Christian by religion. Talking about his parents, his father, David Deacon, was an agricultural salesman and his mother Judith was a homemaker. He has an elder sister.

Moving towards his educational background, Giles attended Barnard Castle School where he developed a great interest in music and started taking classes. He was also interested in marine biology but dropped the idea of studying it. After completion of schooling, he joined Harrogate College of Arts just because of a vacant seat. While studying, he found interest in fashion designing for which he joined Central Saint Martin in London.

In 1992, Giles began collaborating with his friend to establish their own label “Doran Deacon”. But he moved to Paris that year and started working for Jean-Charles and learned how to commercially use the brand name from him.

After returning to London in 1994, he started working as a freelance. Shortly, he joined the Italian leather goods company Bottega Veneta as its head designer after his friend Katie Grand recommended him. He worked for 3 years with it. In 2000, Giles created his first collection under the brand name of BV which attracted the Gucci group and acquired Bottega Veneta in 2001.

The new management of Bottega Veneta didn’t renew Giles’ contract but he was hired by Gucci’s creative director, Tom Ford. After working for one season, he returned to London because he fell ill due to an infection. 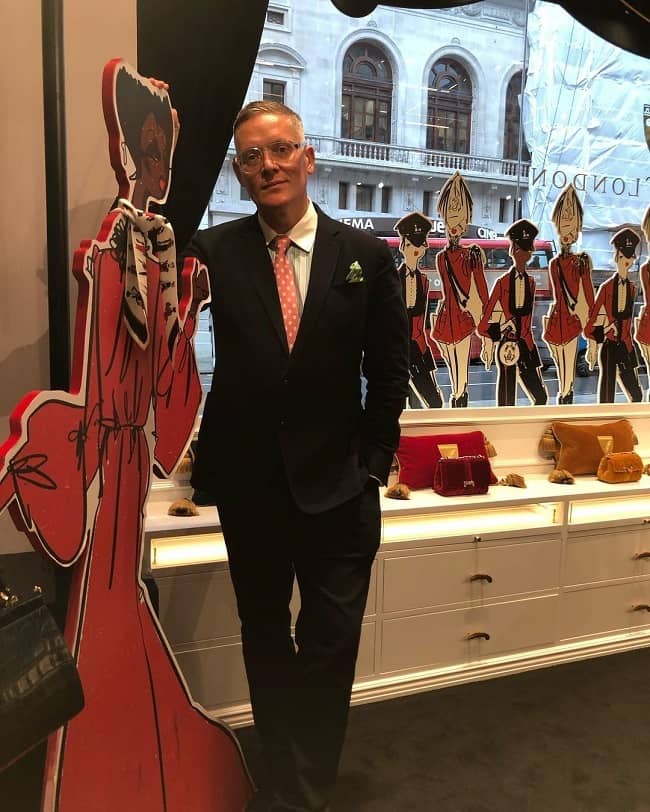 While being treated in London, Giles thought of starting his own label, “Giles”. Giles took a bank loan and also used his entire savings to create his first collection which was presented at the London Fashion Week in February 2004. Similarly, in 2005, he refused the offer of the top job at Givenchy because he would have to abandon his own label for that. Rather, he continued taking part in London Fashion week under his own label.

The year 2006 was a turning point for him as he was able to establish his label fully. He began to have big names such as Scarlett Johansson, Thandie Newton, Princess Beatrice, and Kerry Washington as his clients. In the following year, he collaborated with the High Street fashion chain, New Look, and presented “Gold by Giles” and also “Mulberry for Giles” with the British Fashion Company. He joined French fashion house, Ungaro, as their creative director and presented his first collection for this company which gained high praise.

In 2011, his debut to television was made as he appeared as a judge on “Britain’s Next Top Model”. Similarly, in the same year, he participated in “New Look Style the Nation”. Moreover, in 2016, he launched his first haute couture collection. After that, he has been designing gorgeous dresses for different celebrity clients like Victoria Beckham and Drew Barrymore.

Giles has earned a huge amount of money through his career in fashion designing. His actual net worth isn’t public though he has an estimated net worth of around $9 million.

Talking about his awards, Giles won the “British Designer of the year” award in 2006. Similarly, in 2009, he was awarded the French ANDAM Fashion Award’s Grand Pix.

Giles Deacon is currently dating a Game of Thrones star Gwendolyn Christie. They started dating in early 2013 when they first met at New Year’s Eve party. Even after this long relationship, they haven’t revealed the date of engagement and marriage yet. Talking about his past relationships, Giles chooses not to disclose his private things with social media. 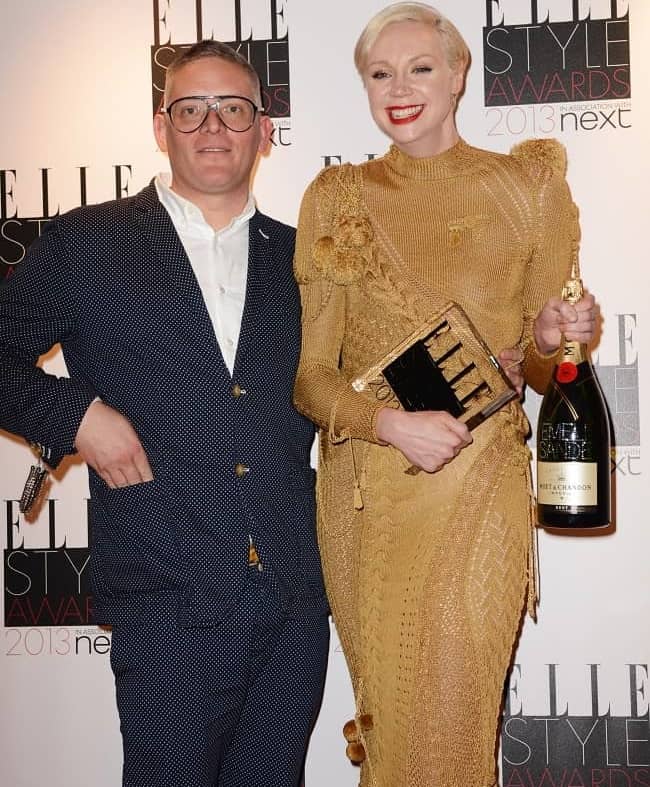 Giles Deacon has maintained a tall and muscular body figure. Giles is 6 feet 1 inch tall whereas his weight is around 85kg. He has greyish white hair followed by a rare pair of blue-colored eyes. Moreover, his body measurements (Chest-Waist-Hips) are 44-34-38 inches and have a shoe size of 9(UK). 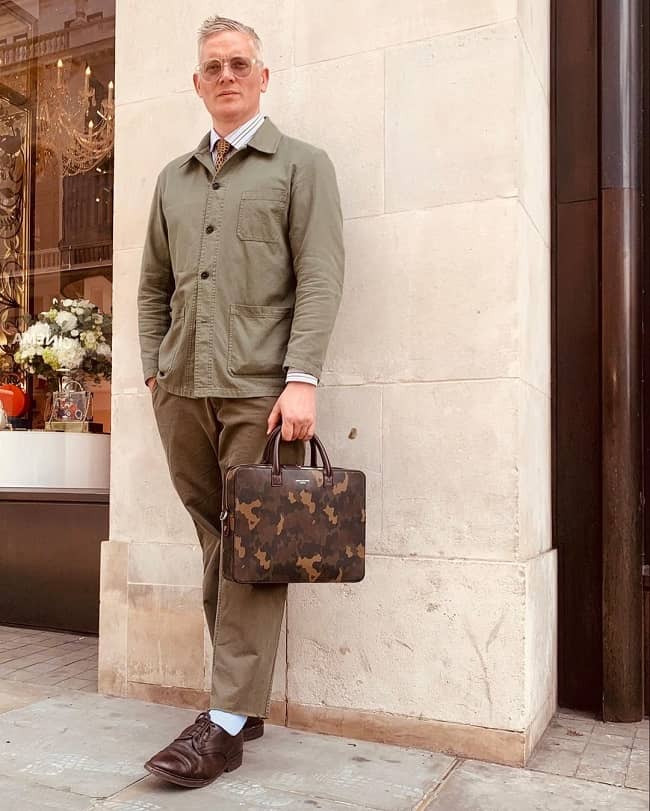 Giles is active on Instagram only. He has an account under his own name which has over 52k followers. In it, he has posted over 1800 posts mostly pictures of his designs and piece of art.