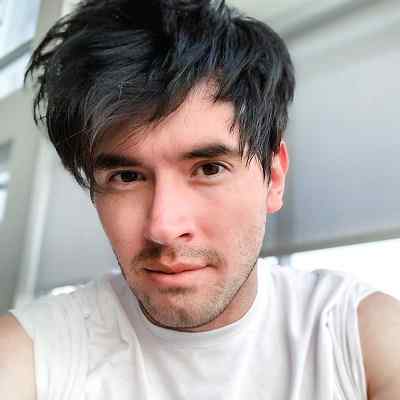 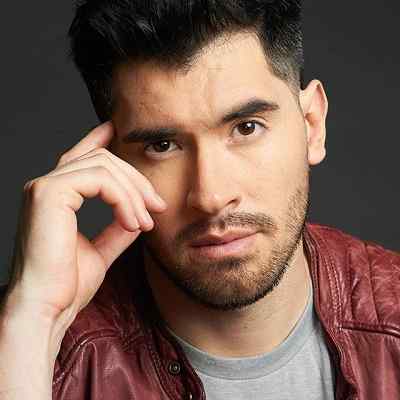 German Garmendia is the creator of the incredibly popular YouTube channel “HolaSoyGerman”. German Garmendia posts videos relating to his day-to-day life exaggeratedly and humorously possible. Likewise, he owns three Youtube channels but is active in one of them only. Additionally, he has also dubbed the character of Julian for the Latin American dub of “Ice Age: Collision Course”.

German Garmendia was born in Copiapo, Chile, on April 25, 1990. His full name is German Alejandro Garmendia Aranis. He is 31 years old and is under the birth sign, Taurus. He holds Chilean nationality.

His mother’s name is Cecilia del Carmen Aranis Mancilla and his father’s name is Germán Luis Garmendia Macías. Likewise, he has an older brother and his name is Diego Garmendia. Unfortunately, he lost his father in a car accident on Christmas Day when he was only three years old. And, his mother had to work at different places to support the family. This caused them to move a lot during his childhood. Then, they eventually settled in the coastal town of Los Vilos. It is the place where he spent much of his youth. 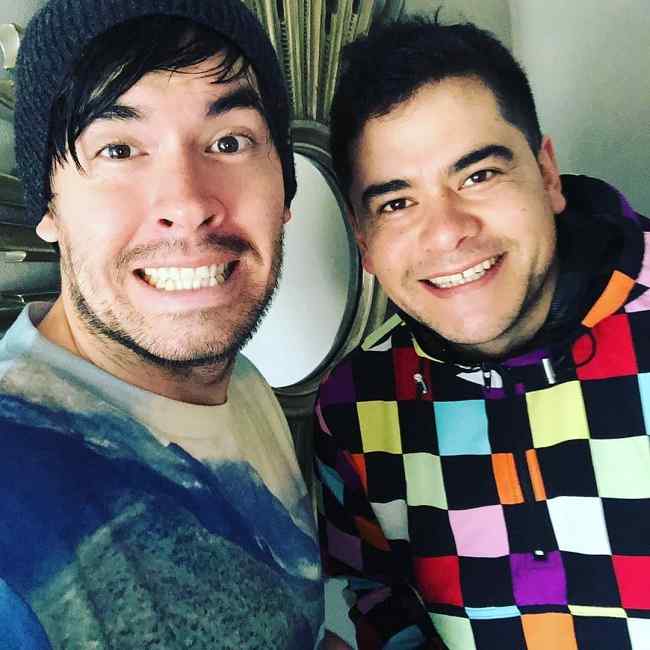 Regarding his educational background and qualification, he attended the El Chanar Basic School. And, later he completed his graduation from Escuela Técnico Profesional (ETP) in the year 2004. A fan of actors Jim Carrey and Adam Sandler, he moved to Los Angeles, California at the age of 23 to pursue a career in acting.

German Garmendia loved to make people laugh since he was a child. And his true interest was in music. He used to play different instruments and even formed the band “Zudex” along with his older brother when he was 13 years old. After his graduation, he began creating music together with his brother and his friends. And then started posting their music on the YouTube channel “Zudex” in August 2006.

On a boring day, he created a funny video called “Obvious Things Of Life” for his friends. And later, after being encouraged by a friend, he uploaded it on his YouTube channel “HolaSoyGerman” on September 9, 2011. Then, his friends started sharing the video with their friends. The video ended up being very popular on the internet within a short period. Likewise, in less than seven years, he managed to gain 31M subscribers to his main channel and 17 million more to his second channel.

Following his success as a YouTuber, he became so involved in creating content for his channel. Then, he started to lose interest in creating music for his band “Zudex” (later “Feeling Every Sunset”). However, he eventually came back to music. They re-launched their band as “Ancud” after two former members left the band “Zudex”.

Garmendia finds inspiration for his videos from different situations in his daily life. Whenever he comes across something funny, he records it on his phone and stores the idea on his computer. Then, eventually, he uses it when it fits the current theme he is working on. It is his unique blend of innocent humor based on regular everyday issues and everyone can relate to it. And, this has taken his YouTube channel to runaway success.

By late 2012, the channel was already the most subscribed Spanish-speaking channel. The channel became the first to be in the top ten most subscribed in early 2013. His subscriber growth skyrocketed in the same year as at that time he was gaining over a million subscribers a month on average. It resulted in him gaining the third most amount of subscribers in the year 2013 behind YouTube Spotlight and the current most subscribed YouTuber, PewDiePie.

By the beginning of the year 2014, all the videos on the HolaSoyGerman channel had amassed one billion total views and over 14 million subscribers. It made him the fourth most subscribed channel behind Smosh, YouTube Spotlight, and PewDiePie although just a year and a half before then not even being in the top 100.

Furthermore, due to his fast channel growth, he also received MTV’s “Icon of the year” award in August 2014 and won it again a year later as well. Although since May 27, 2018, the HolaSoyGerman channel has been the fifth most subscribed channel on YouTube, he is not active at all on this channel. The channel gets over 140K subscribers a month despite him not uploading at all, inconsistent compared to most content creators. 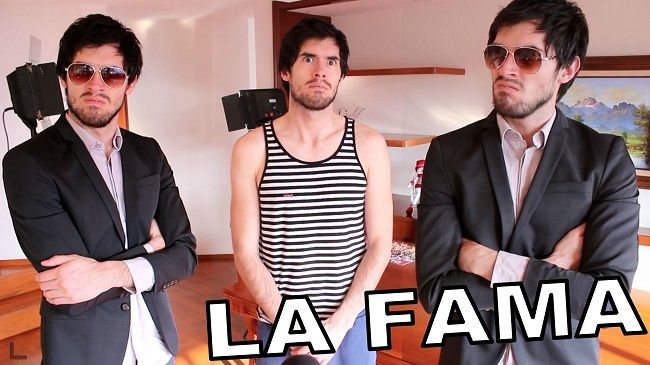 Caption: German Garmendia in one of his Youtube videos (Source: Google)

Garmendia owned three Youtube channels. Other than these three, he was also into the music along with his brother and friends. The Youtube channel he created was “German Garmendia “. It was created on April 17, 2010, and has been able to garner 9,084,222 views until now.  This channel is a music channel where he shared his music. However, he has just posted 2 videos on this channel.

Furthermore, the name of his third channel is “PlayGerman”. The channel was created on May 18, 2013, and has garnered 11,325,207,282 views until now. Even on this channel, he gets millions of views on every video that he uploads. This Youtube channel of his is also as much popular as his second channel. However, in the year 20202, his channel “HolaSoyGerman” has more subscribers that this channel where he is active on.

Moreover, issues such as ex-girlfriends, school, phobias, and addictions make up much of the content of his monologues. However, in his comedic sketches, he often makes fun of himself, but not others. He was bullied as a child but he insists that he doesn’t have any ill-intent against anyone and that his videos are created in good humor.

The popularity of Garmendia has even caused conflict before. In April of 2014, he was scheduled to attend a fan greeting in Telmex Digital Village in Zocalo, Mexico City. However, the attendance for the occasion was overcrowded. And many people in the crowd even fainted due to heat exposure and had to be evacuated.

However, many disobeyed to leave because they wanted to see him. Some were moving past the barricades and moving to the tented area to see him and to get away from the hot weather. This occurrence caused many injuries, eventually a light element plunging and injuring almost ten people.

Then, security aided the injured and dispersed the other people who attended the event. Although he didn’t attend the gathering due to the incident, he expressed his condolences to the people affected afterward through his Youtube videos.

It has been stated multiple times by the English community and more so in the Spanish community that German Garmendia uses bots. And, it is the reason why he has many subscribers.

One day, a YouTuber by the name of “LordDestroyer” noticed and screen captured a computer browser having a link to a bot website. It belonged to one of the earliest videos titled “Internet Y Redes Sociales” (The Internet and Social Networks), at the timeframe 0:40. LordDestructor immediately created a video showing the evidence. At this point, he who had only been on for only six months and already had hundreds of thousands of fans saw the hate comments on his videos.

Then, he deleted his video where it showed the browser and also hid the statistics of every video from then on for a while. Unfortunately, by then, many of the Spanish YouTubers were already making videos discussing the matter. And saying that he was cheating and stealing money plus the viewer’s money as well.

Shortly after that, Garmendia made a video saying that he was just “trying” the website out to see if it worked. And he didn’t care about the people that hated him. He also stated that there was a community of Spanish people all around the world that we were doing something truly amazing with his channel.

Further, LordDestructor made a video explaining that he claimed and deleted his video about the bots to protect his reputation. However, he eventually left due to an overwhelmingly negative response from his fans to him.

German currently dates former MTV VJ Lenay Chantelle Olsen. She is formerly known as Lenay Dunn who also has her own YouTube channel, “Lele”. Both of them have made their relationship official to their fans in a YouTube video uploaded on the “JuegaGerman” channel titled “Mi Novia (Spanish for ‘My Girlfriend’)”. Likewise, the couple moved to Los Angeles in July 2017.

They both share a lot of cute pictures on their respective social accounts. Also, they are much appreciated by their fans. Moreover, both of them own two cats and their names are Lucy and Capito. They also have an unnamed ferret and formerly had a Chihuahua dog named Mimi. 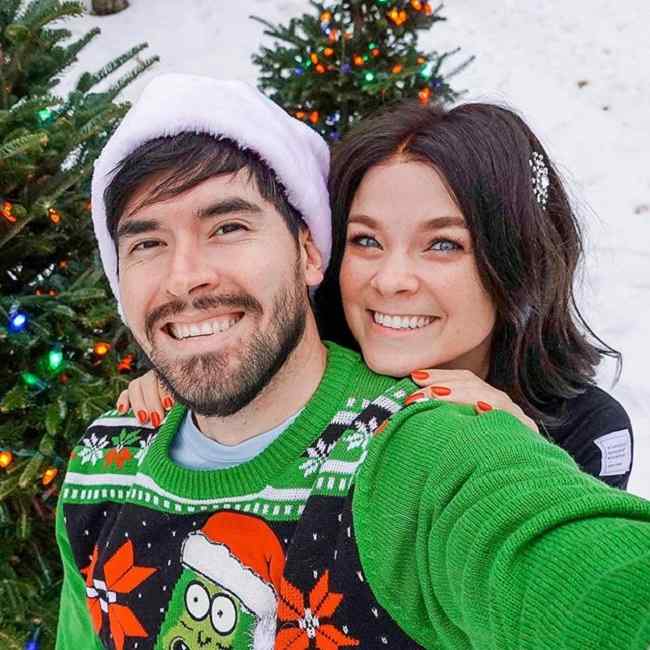 Focusing on his past relationship, he once dated a Mexican girl named Alison Smith. She also has her own YouTube channel. Moreover, the news of their breakup surfaced when he tweeted in reply to a hateful comment on her profile saying even though she is his ex, she deserves respect.

German Garmendia has a height of 6 feet and his weight is 75Kg. However, his other body measurements such as chest size, waist size, hip size, and any other sizes are not available. Likewise, he has got a lean body and a handsome face. Moreover, he has got black hair and dark brown eyes.

Talking about his earnings, he has a net worth of $9 million. His main income source is Youtube. Also, he is a musician, comedian, singer, and writer as well. So, he does earn from those sources as well.