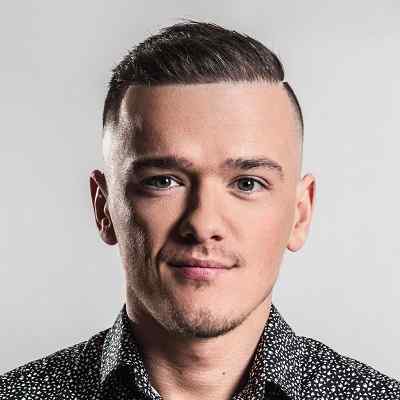 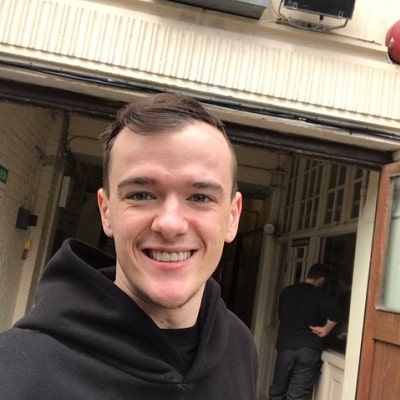 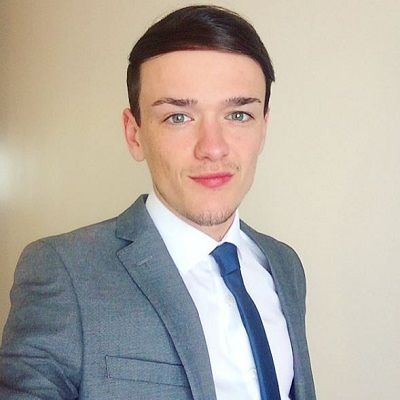 George Sampson is a British dancer, actor, singer, and television presenter. George Sampson was the winner of Britain’s Got Talent Series 2. He also became the youngest person to win the show. After BGT, he has appeared in several TV shows, theatrical shows, movies, etc.

George Sampson was born on 29 June 1993 and he is currently 27 years old. He is originally from Warrington, Cheshire, England and his zodiac sign is Cancer. Talking about his family, he has siblings named Chelsea, Luke, Emily, and Rosie. His mother’s name is Lesley Sampson and she had a warrant out for her arrest after she didn’t appear in court for charges of fly-tipping bags of her son’s fan mail. Besides these, there is no information regarding his other family details as well as his educational journey.

Professionally, George Sampson is a street dancer, television presenter, singer, and actor who gained fame after winning the second series of Britain’s Got Talent. It was on 31 May 2008 at the young age of 14. He is also an official ambassador of the United Dance Organisation. Likewise, he is recognized for his roles in Street Dance 2 and Street Dance 3D. He and singer Susan Boyle both gained fame by competing on Britain’s Got Talent.

In the year 2007, his dance teacher, Dominic Chambers, told him that there were auditions in the area that would be right up his alley. He then auditioned for the first series of Britain’s Got Talent. In his audition, he danced to the Timbaland and Magoo & Fatman Scoop song Drop his first audition.

Later, although he greatly impressed Simon Cowell, he couldn’t compete in the live portion of the first season as he was unable to convince the other two judges, Amanda Holden and Piers Morgan. In the intervening time, he continued dancing on the streets of Manchester to improve his technique along with raising money for his family.

The next year in 2008, he successfully got through the first round of Britain’s Got Talent series 2 auditions. This time, he danced to Rock This Party (Everybody Dance Now). He then came top in the audience’s vote in his semi-final with his arrangement of Mint Royale’s big beat remix of Singin’ in the Rain, complete with an artificial rain machine on-stage. It is a formula previously used for the advertisement of the Volkswagen Golf GTI.

He won the audience’s vote in the final and beat the dance duo Signature (second place) as well as Andrew Johnston (third place). He actually planned to perform a different routine for the final. He had planned to perform on the track by the Bee Gees. However, an hour before the final started he changed his mind and, after consulting Simon Cowell, opted to re-perform his winning act from the semi-final.

The Mint Royale version of Singin’ in the Rain became no.1 in the UK on download sales alone. It was the following week after his performance. In an interview the day after the final, he shared about his return to normality the Monday after the event. 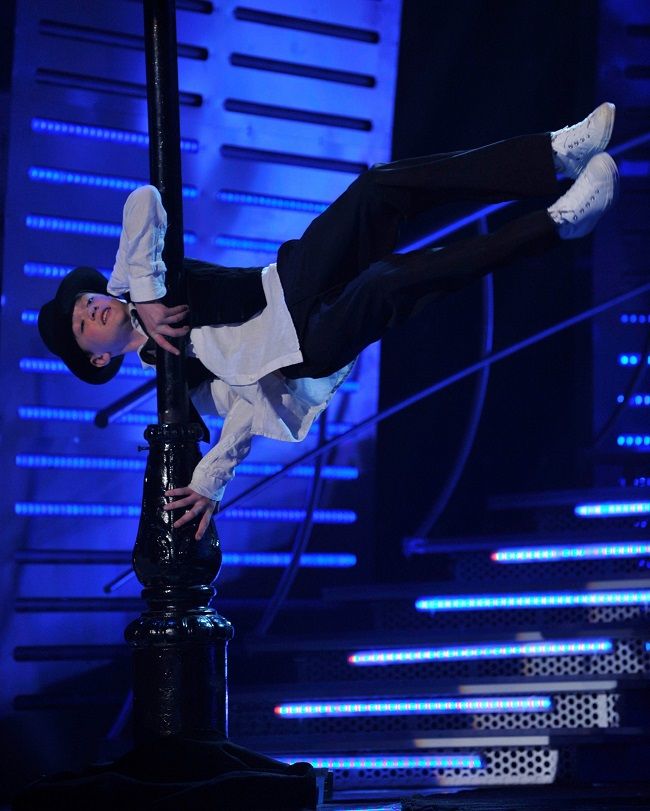 Caption: George Sampson performing at Britain’s Got Talent at a young age. Source: The Sun

After Britain’s Got Talent

Following his BGT win, he appeared as a guest on the T4 on the Beach music festival at Weston-super-Mare beach. There, he taught presenters Steve Jones and Rick Edwards how to dance. Likewise, he also appeared in a hip-hop musical entitled Into the Hoods. Later, he released an album titled Get Up on the Dance Floor/Heads Up.

Further, he also appeared in Television shows ranging from Waterloo Road, Mount Pleasant, Friday Download, Casualty, The Dumping Ground, Emmerdale, and Celebrity Coach Trip. He then went on to appear in films including StreetDance 3D, Streetdance 2, and DVD Access 2 All Areas. Then in the year 2016, he returned to BGT as a guest performer as part of a group of guest performing acts.

Later in 2019, he returned to Britain’s Got Talent to represent Great Britain on The Champions (Series 1) at the age of 26 years. He informed viewers that a few years after his win he received a bad back injury and may have never been able to dance again. However, he ensured to work his hardest to heal it. He shared the floor with a young child before back-flipping off of the stage to futuristic music before it then transitioned to Singin’ in the Rain by Mint Royale.

More details on “The Champions”

Later, at the same event, his lookalike of himself when he was young performed a dance. He then danced in the audience and in front of the judges’ desk. He later played the moment he won Britain’s Got Talent before dancing and flipping once again. This time to the song Feeling Good by Muse.

He later performed on the stage beneath streams of water which began to fall from the stage, after a clip was played of the potential of him never break dancing or dancing again. As the music changed once again, this time to Gravity by DJ Fresh. He went on to receive a standing ovation with Amanda Holden stating ‘Oh my god, that was amazing’, to Simon Cowell.

David Walliams commented that he adored him and believed he was ‘a superstar’. Alesha Dixon added that she ‘felt so emotional’. Amanda believed he was ‘The comeback kid’. Likewise, Simon believed he was ‘one of the most iconic’ dance acts in BGT. However, he did not make the final of the champions. 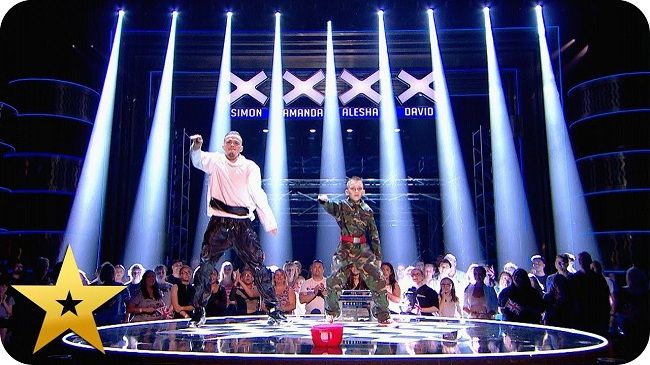 He is also an actor. He has appeared in several TV shows including Waterloo Road as the series regular character Kyle Stack. He then played the role of Gary in Mount Pleasant, as Bradey in Casualty Callum, as Danny in The Dumping Ground Series 2, and as Ryan Harred in Emmerdale.

Besides these, he also worked as a presenter or host in the year 2013 for Friday Download. He has also appeared in Celebrity Coach Trip as a Contestant in the year 2019. The same year, he also participated in Britain’s Got Talent: The Champions.

At present, he is playing the role of Dean in Everybody’s Talking About Jamie, aka the Jamie Musical. It is on tour and was playing at Apollo Theatre in London before the lockdown due to the global pandemic of COVID-19.

George Sampson is in a romantic relationship with Kazmin Borrer. She is also an actress who plays the role of Vicki in Everybody’s Talking About Jamie in which he plays Dean. There is no information about when they started dating each other. No matter when they started off, the lovers are currently isolating together at the time of the global pandemic of COVID-19.

Moreover, he has maintained a clean public profile that is away from rumors, scandals, and controversies that might hamper his professional career and personal life. Nevertheless, he is sure to attract many lovers in her future through her talent, humor, and charms. 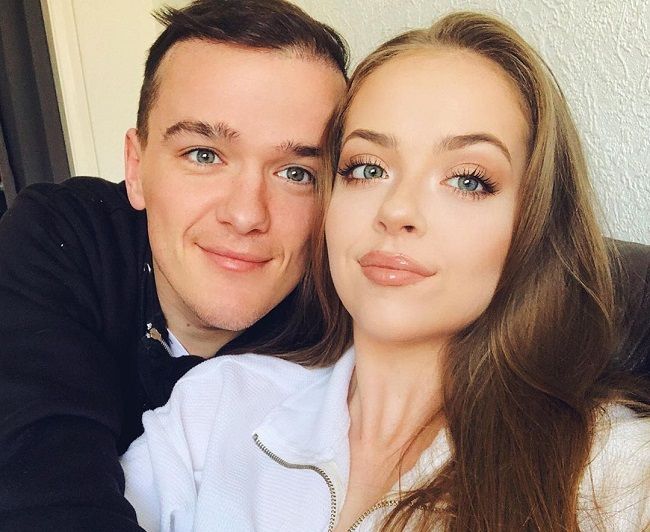 George Sampson stands tall at a height of 1.8 meters or 5 feet 10 inches and weighs around 70 kgs. Other than these, there is no information regarding his other body measurement details like chest-waist-hip measures, biceps, dress size, shoe size, etc. Likewise, he has beautiful green eyes and brown colored hair.

Talking about his social media presence, George Sampson joined Twitter in February 2009 and so far has 199.6K followers. He also has 66 posts shares and 64.2k followers on his @georgesampson Instagram account. He is also a Twitch streamer with 1,230 followers on his @GeorgeSampson account.

Moving on, he has a net worth estimation of approximately $1 million to $5 million dollars. He earns through his involvement in acting, singing, dancing, online gaming, etc.