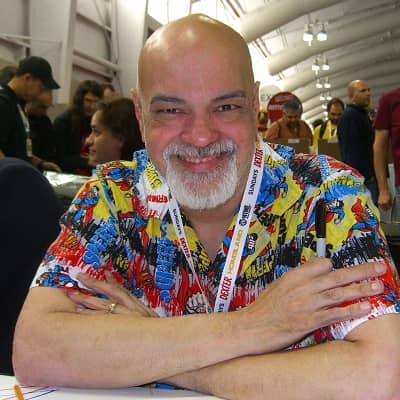 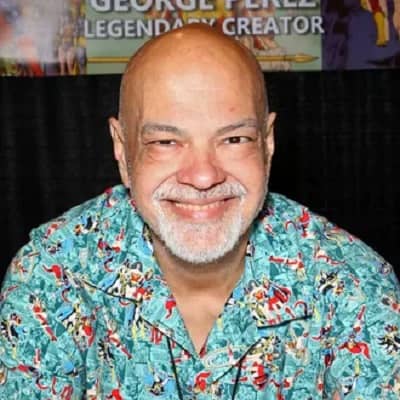 George Perez was a comic book artist and writer from the United States. Moreover, George Perez came to prominence in the 1970s penciling in Fantastic Four and The Avengers for Marvel Comics.

George Perez was born on the 9th of June, 1954, in New York City, the United States of America. He was 67 years old and held an American nationality at his death. Moreover, he belongs to mixed ethnicity and he follows Christianity as a religion. Likewise, he has a birth sign of Gemini.

He was the son of Jorge Guzman Perez (father) and Luz Maria (mother). His both parents were from Caguas, Puerto Rico, but they did not meet until approximately 1949 or 1950 after both had settled in New Jersey while searching for job opportunities.

After being married in October 1954, his parents moved to New York, where Jorge worked in the meatpacking business and Luz took care of the home. He grew up younger brother named David. Both of the brothers had artistic aspirations from an early age, with George starting to draw at the age of five.

Talking about his academic career, he completed his schooling and college at the local school and college of America.

This writer passed away on May 6, 2022, at the age of 67. His pancreatic cancer-related complications were the cause of death. On May 22, MegaCon Orlando planned to have a public mourning ceremony.

As a comic book artist and writer, he had earned a huge sum of money. At the time of his death, his net worth was estimated around $3 Million. He created comic books for Marvel and DC, which had extensive worldwide sales.

Moreover, he was also receiving a large salary for his professional work. However, it is still unknown how much money he made.

Then, in “Astonishing Tales” #25 (Aug. 1974), he made his professional debut as the penciler of a two-page spoof of Buckler’s character Deathlok. During that brief time, he established himself as a regular at Marvel, penciling Bill Mantlo’s “Sons of the Tiger” for several issues. Following that, he gained fame with Marvel’s superhero team comic “The Avengers.” 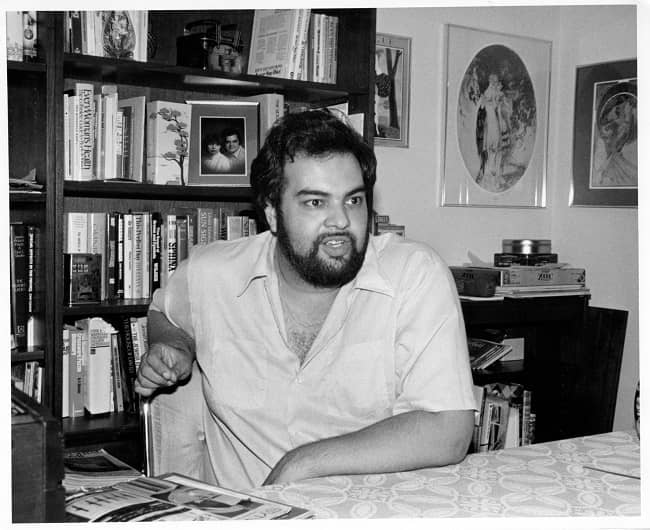 He quickly began creating drawings for other Marvel comics, such as “Creatures on the Loose” which featured the Man-Wolf, “The Inhumans” and “Fantastic Four” For “Fantastic Four” #176, authors Roy Thomas and Pérez created a metafictional narrative (Nov. 1976).

He drew the opening chapter of “The Korvac Saga” by writer Jim Shooter, which featured almost every Avenger who had joined the team up to that time. The Taskmaster was created by creators David Michelinie and Pérez in episode #195 of “The Avengers” (May 1980).

After four years, he stopped working on “The New Teen Titans” to concentrate on his next project with Marv Wolfman, “Crisis on Infinite Earths” DC’s 50th-anniversary celebration in 1985.

Then, in September 1986, he inked the final Superman comic book (issue 423) for writer Alan Moore’s two-part narrative “Whatever Happened to the Man of Tomorrow?” over Curt Swan’s pencils.

Later, he created the design for the box art for the roleplaying game “DC Heroes” (1985) released by Mayfair Games as well as the fourth edition box art for “Champions” (1989) released by Hero Games.

Following that, he played an important part in the 1987 reboot of the Wonder Woman franchise. He worked on the book for five years, resigning as an artist after issue #24, but staying on as a writer until issue #62, when he left in 1992.

In 2001, he returned to the character and co-wrote a two-part story for issues #168-169. With issue #50 (December 1988), he returned as co-plotter/penciler of The New Teen Titans, which had been renamed “The New Titans” He worked with Superman on several occasions over his career, particularly during his time on the Justice League of America.

He worked as a guest inker on Deathstroke the Terminator #10-11. Later, in 1991, he agreed to draw Jim Starlin’s six-issue limited series “Infinity Gauntlet” for Marvel Comics.

For the third issue of “The Avengers” written by Kurt Busiek, he finally returned to a big continuing book, where he worked for three years.  Following that, he collaborated with Busiek on the long-awaited JLA/Avengers inter-company crossover, which was released in late 2003. Later, in 1997, he began writing and drawing “Crimson Plague.” 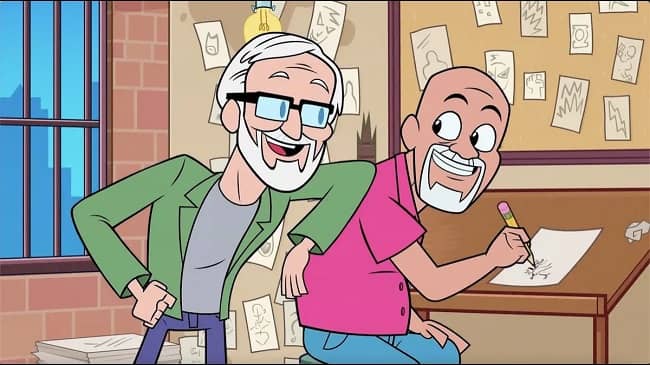 He began working for the new publisher “CrossGen” in the 2000s, penciling for issues of “CrossGen Chronicles” while his major project for the company was penciling “Solus” which was canceled. In May 2006, he drew the Official Overstreet Comic Book Price Guide (36th edition), which included Wonder Woman.

In 2007, he drew the first 10 issues of DC’s “The Brave and the Bold” (vol. 2) comic book series. He also worked as a fill-in artist on Infinite Crisis, the sequel to Crisis on Infinite Earth. In 2008-2009, he also worked on “Final Crisis: Legion of 3 Worlds” contributing to every volume of DC’s Crisis trilogy.

Cameo appearances and working for other company

In the year 2005, an animated version of Pérez appeared in the Teen Titans animated series episode “Go.” In September 2011, DC Comics launched a new Superman series written by Perez.

He also worked on the new “Green Arrow” series as an inker. Pérez announced his departure from Superman in July 2012 as a response to the level of editorial oversight he had been subjected to.

It also included inconsistent justifications for rewriting his work, editors’ inability to explain to him fundamental aspects of the New 52 Superman’s status quo (like whether his adoptive parents were still alive), and limitations imposed by having to be consistent with Action Comics, which was set five years before Superman.

He wrote and drew six issues of “Sirens” a work of his creation that was released by BOOM! Studios, between September 2014 and December 2016. Due to a variety of health difficulties, he officially announced his retirement in January 2019.

Crisis on Infinite Earth won the Jack Kirby Award for Best Finite Series in both 1985 and 1986 due to his work with Wolfman. Moreover, he earned several Comics Buyer’s Guide Fan Awards and won the “Favorite Artist” award in 1983 and 1985 and “Favorite Penciler” in 1987.

He was married to his wife, Carol Flynn. But, the couple did not have any children. The couple was having a great time and had a deep love connection when George passed away.

In October 2013, Pérez issued a statement saying he will shortly have laser and injection surgeries to treat hemorrhaging in his left eye, which had effectively left him blind in that eye.

Even if the operations were not finished by June 2014, his health had sufficiently improved for him to be able to return to work. He had a coronary stent put in May 2017 after experiencing chest symptoms caused by a heart attack while going to a convention.

By January 2019, he was battling several health challenges, including diabetes, visual troubles, and heart problems.

He posted on his Facebook page on December 7th, 2021, that he had received an inoperable pancreatic cancer diagnosis on November 29th, following surgery for a liver obstruction. Having been given a prognosis of 6 to 12 months, he chose against seeking treatment.

This artist stands 5 feet 8 inches tall and his weight is unknown. Moreover, he has light brown eyes with bald hair and there is no other information regarding his other body measurements.

This American comic book writer is no more in this world. That is why, he is not active on social media platforms such as Instagram, Twitter, and Facebook.