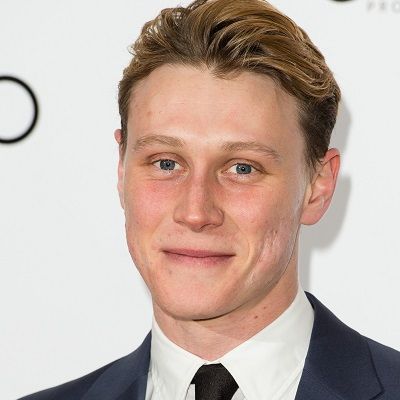 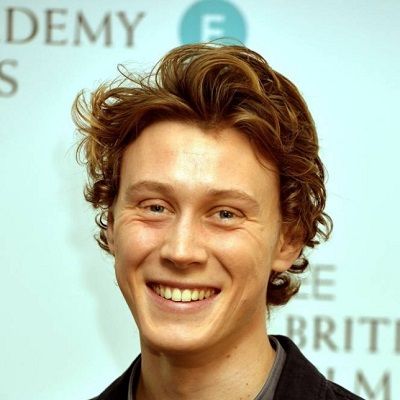 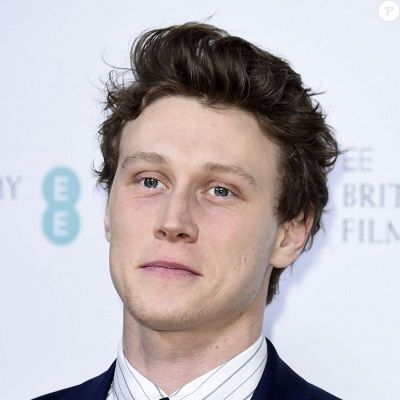 George Mackay is a British actor best known for his roles in “Peter Pan”, “Defiance”, “The Boys Are Back”, “Private Peaceful”, and “Pride” among many other movies. George Mackay has also appeared in TV series/shows as well as stage plays.

George MacKay was born on 13 March 1992 and he is currently 30 years old. His birth name is George Andrew J. MacKay and his zodiac sign is Pisces. His parents are his mother Kim Baker and his father Paul MacKay. Moreover, his mother is a costume designer whereas his father is an Australian of Scots-Irish descent from Adelaide and he works in lighting/stage management. He also has a younger sibling named Daisy MacKay. 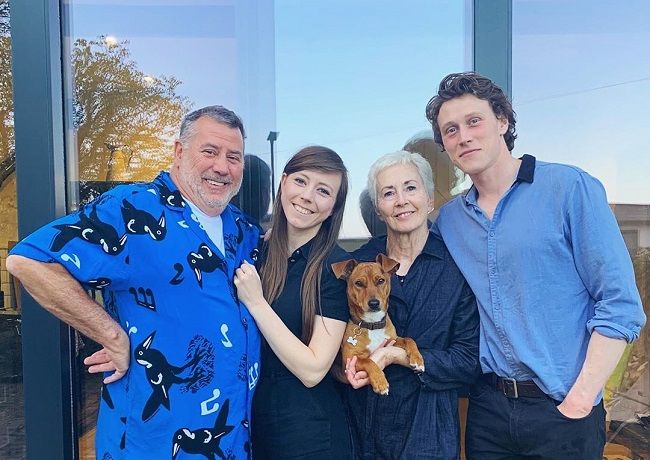 Caption: George MacKay was photographed with his parents and sibling. Source: Instagram

Similarly, one of his grandmothers was from Cork, Ireland. Also, his hometown is Hammersmith, London, England, United Kingdom. When he was five years old, he and some friends put on a production of Peter and the Wolf which he created, directed, and produced.

Talking about his educational journey, MacKay attended The Harrodian School and this is where an acting scout spotted him in 2002. Theodore Chester and Rupert Simonian, two of his co-stars from Peter Pan also previously attended this school. In Australia, he was schooled on set during the filming of Peter Pan and the young actor also had the chance to go swimming on the Great Barrier Reef.

Additionally, the scout asked him if he would like to audition for a role in Peter Pan, P.J. Hogan’s 2003 film adaptation. Then, MacKay attended a workshop and later won the role of one of the Lost Boys, Curly, in what was his big break. Moreover, the star is a supporter of the Chelsea football club.

George MacKay is an actor most popular for his roles in films like The Boys Are Back, Private Peaceful, How I Live Now, Sunshine on Leith, For Those in Peril, Pride, Where Hands Touch, Ophelia, Captain Fantastic, and 1917. Additionally, he also got a nomination for the BAFTA Rising Star Award in 2014 and received a Trophée Chopard at the 2017 Cannes Film Festival.

Talking about his earlier career, in 2005, when he was only 13 years old, he won the role of Riccio in The Thief Lord. It is the film adaptation of Cornelia Funke’s best-selling children’s novel. MacKay was also cast in the lead role in Johnny and the Bomb. It is a BBC three-part television drama adapted from Terry Pratchett’s novel of the same name.

He later applied to both RADA and LAMDA but didn’t succeed. Moreover, he also had some work on television series/shows and including the roles in Rose and Maloney, Footprints in the Snow, and The Brief. Then in the 2008 film Defiance, he played the character, Aron. He is the youngest of the four Bielski brothers in the movie.

MacKay was only 16 years old at the time, and director Ed Zwick describes how impressed he was with him. It is because, on his way to the film set from the airport in Lithuania, MacKay was injured in a car accident that left him with a blackened eye he could barely open. However, he was “so the game” to immediately start shooting his first scene.

Further, in 2009 he played Harry in The Boys Are Back which also stars Clive Owen. He then co-starred in the Marc Evans-directed musical film Hunky Dory. For this, he worked opposite Minnie Driver, Aneurin Barnard, and Kimberley Nixon, and the film is set in 1970s Swansea.

Further, in 2012, he played the main character, Private Tommo Peaceful, in Private Peaceful and also appeared in the inspirational film The Best of Men. Then in 2013, he played Eddie in How I Live Now working opposite Saoirse Ronan and directed by Kevin Macdonald. Additionally, he also started as Davy in the musical film Sunshine on Leith. This film features songs by The Proclaimers and director Dexter Fletcher directed this piece.

Moving forward, in 2014, MacKay played the role of Joe, a 20-year-old struggling to come out in a homophobic Britain in 1984. This was his character in the film Pride which is based on a true story. This film also stars Bill Nighy.

Likewise, in this film, Joe finds friends in a group called LGSM (Lesbians and Gays Support the Miners) and a small Welsh mining community finds some unlikely friends. Moreover, the same year, European Film Promotion named him one of the European films’ Shooting Stars.

From 14 April to 23 May 2015, he took the lead role as Richard Miller in Ah, Wilderness!. It is Eugene O’Neill’s coming-of-age play directed by Natalie Abrahami. The play was showcased at The Young Vic and Dominic Cavendish reviewed the show for The Daily Telegraph. He was unimpressed by the staging but wrote:

“In misfit modern dress, George Mackay is an absolute delight as the callow boy-wonder, catching all the wide-eyed innocence and insecurity of youth, by turns arrogant, self-dramatizing, vulnerable”.

Then in July 2015, he played the title role of Lewis Aldridge in the BBC’s The Outcast. It is a two-part TV adaptation of Sadie Jones’ debut novel of the same name. Further, in February 2016, he portrayed the character, Bill Turcotte, in 11.22.63. This is a Hulu production of Stephen King’s sci-fi/suspense thriller of the same name.

Additionally, from 29 March to 14 May 2016, he also played the character, Mick, in Harold Pinter’s play The Caretaker. Matthew Warchus directed this play at The Old Vic Theatre in London and it also starred Timothy Spall and Daniel Mays.

The same year, he played Bodevan in the film Captain Fantastic. His character is the eldest son of Ben Cash played by Viggo Mortensen. The following year, he also played Jack. Jack is the main character in Marrowbone, which is a psychological horror. The film’s writer and the director were

Similarly, in the 2018 film Where Hands Touch, he played the character, Lutz. Lutz is a member of the Hitler Youth in Nazi Germany who falls in love with a biracial girl who is portrayed by Amandla Stenberg. Moreover, the period from 2016 to 2018 was marked by a breakthrough in the actor’s career. Some projects helped him draw the attention of casting directors outside of the UK.

Additionally, he was involved in several projects. In the year 2019, he also played outlaw Ned Kelly in True History of the Kelly Gang Justin Kurzel directed this film. He also played a young World War I soldier named William Schofield in 1917, a film whose director is Sam Mendes. MacKay next will star in Wolf, a film by Nathalie Biancheri and also starring Lily-Rose Depp. The film was released in 2020.

Talking about the actor’s romantic affairs, he is a very private person and hence there isn’t much information regarding his private affairs. He is possibly single at present. However, George had an encounter with Saoirse Ronan in the year 2013. They were on-screen lovers for the movie How I Live Now released in 2013. 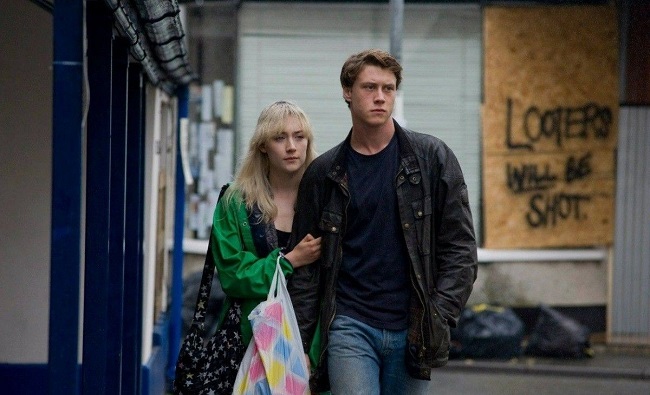 Actor George stands tall at a height of 1.83 meters or 6 feet. Similarly, his weight is approximately 75 kgs and he has chest-waist-arm measurements of 38-30-14 inches respectively. Further, MacKay has light brown hair and blue eyes.

Although being a popular actor, George doesn’t have a personal account on any social media platform. He is rather a secretive person who likes to keep his details and daily happenings away from the public. However, he does appear occasionally on his sister’s Instagram handle @daisymackay which has shared 357 posts and earned 2,805 followers as of April 2020.

Moving on, his net worth estimation is approximately $5 million dollars. His primary source of income is his involvement in several movies and TV series.