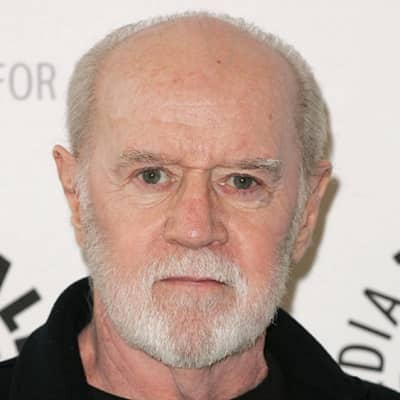 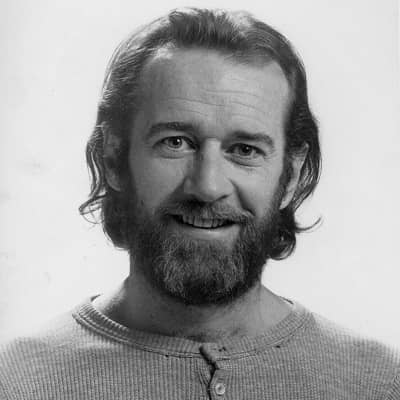 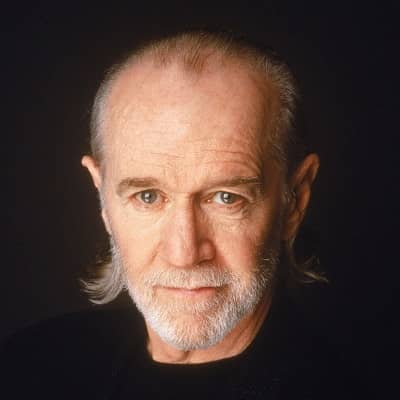 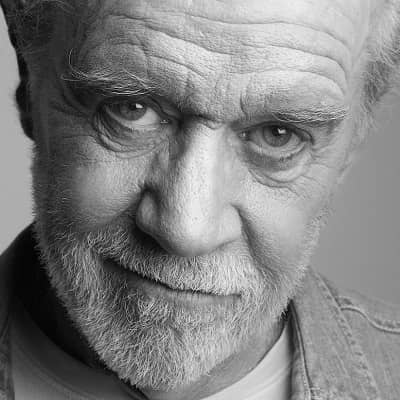 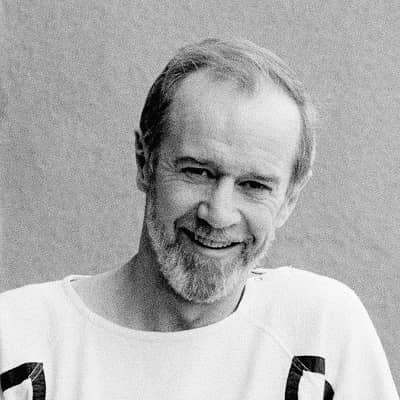 George Carlin was born on 12 May 1937. He was from the Manhattan borough of New York City and his full name is George Denis Patrick Carlin. Talking about his family, his mother is secretary Mary (née Bearey) and his father is The Sun advertising manager Patrick John Carlin. Likewise, Carlin had an older brother named Patrick Jr.

While his maternal grandparents were Irish immigrants, his father was an Irish immigrant from Cloghan, County Donegal. Unfortunately, Carlin’s parents separated when he was only two months old due to his father’s alcoholism. Hence, the Carlin siblings grew up with their mother. 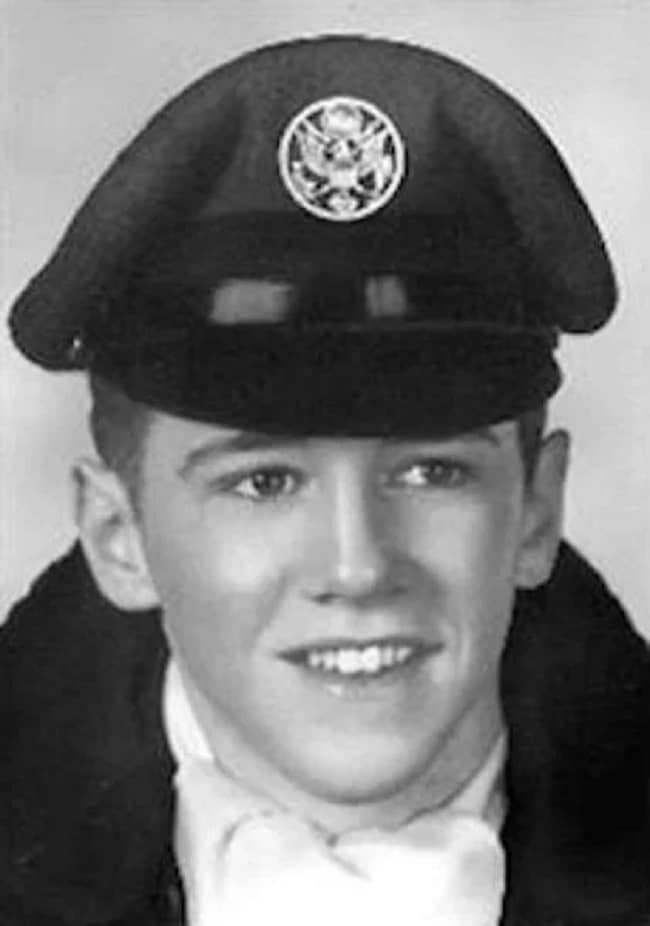 Regarding his educational journey, Carlin attended Corpus Christi School. Later on, he went on to attend Cardinal Hayes High School in the Bronx but was expelled after three semesters. Following this, he briefly attended Bishop Dubois High School in Harlem as well as the Salesian High School in Goshen. Moreover, Carlin spent many summers at Camp Notre Dame in Spofford, New Hampshire.

Professionally, George Carlin was a multi-talented personality. More precisely, Carlin was an author, actor, comedian, and social critic. He is popular as one of the most important and influential stand-up comedians of all time. As such, Carlin was dubbed the dean of counterculture comedians.

Additionally, he frequently performed and appeared as a guest host on The Tonight Show during the three-decade Johnny Carson era. Likewise, he also hosted the 1st episode of Saturday Night Live in the year 1975. Carlin’s final comedy special was It’s Bad for Ya which was filmed less than four months before his death. 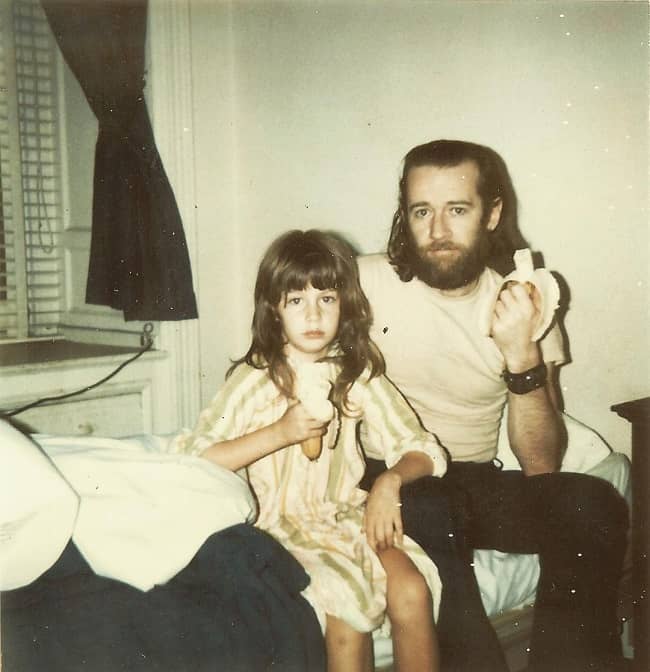 Caption: George Carlin in a photo with his daughter Kelly. Source: Instagram

In the year 2008, he posthumously received the Mark Twain Prize for American Humor. Previously, in the year 2004, this personality placed 2nd on Comedy Central’s list of top 10 American comedians. Then in the year 2017, Rolling Stone magazine ranked Carlin 2nd on its list of the 50 best stand-up comedians of all time. The one preceding Carlin on this list was Richard Pryor.

Talking about his film roles, Carlin appeared as a taxi driver in Car Wash, Frank Madras in Outrageous Fortune, and Rufus in Bill & Ted’s Excellent Adventure as well as Bill & Ted’s Bogus Journey. Similarly, this personality played the role of Cardinal Ignatius Glick in Dogma, Eddie Detreville in The Prince of Tides, Architect in Scary Movie 3, and Bart Trinké in Jersey Girl.

Furthermore, Carlin lent his voice to characters like Zugor in Tarzan II and Fillmore in Cars. Additionally, he was the narrator of the initial four seasons of Thomas & Friends. Regarding his past, this personality joined the U.S. Air Force as well as trained as a radar technician. Following this, Carlin was stationed at Barksdale Air Force Base in Bossier City, Louisiana. Carling worked as a disc jockey at the radio station KJOE in nearby Shreveport.

His superiors labeled this personality as an unproductive airman. As such, Carlin received a general discharge on 29 July 1957. During his time in the Air Force, Carlin had been court-martialed three times as well as received many nonjudicial punishments and reprimands. Moving on, this late comedian/author has a net worth of around $10 million US dollars. 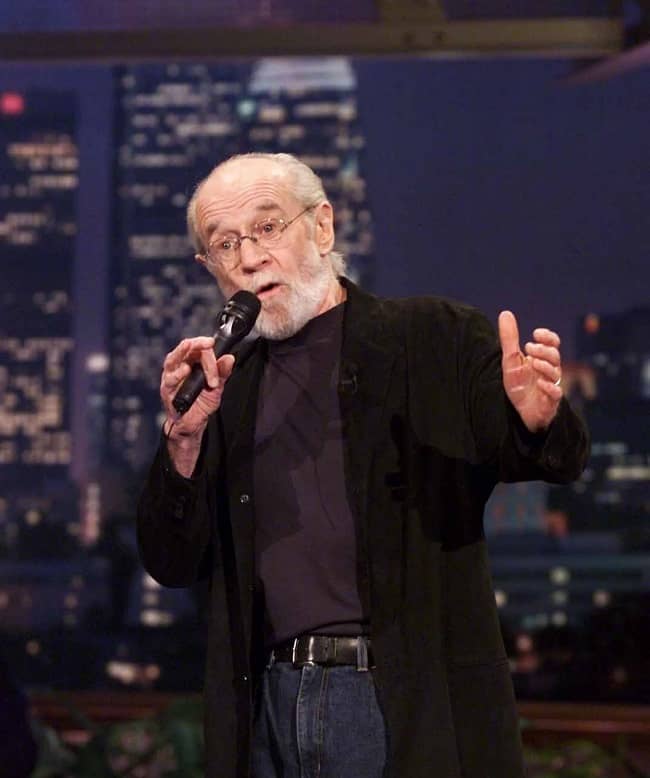 Caption: George Carlin during one of his performances. Source: The New Yorker

In August 1960, Carlin met Brenda Hosbrook while touring with his comedy partner Jack Burns in Dayton, Ohio. On 3 June 1961, Carlin and Brenda tied the knot at Brenda’s parents’ home. Together, this couple shared a child named Kelly Marie Carlin. The couple welcomed Kelly on 15 June 1963. Carlin and Brenda renewed their wedding vows in Las Vegas in the year 1971.

Unfortunately, his wife passed away due to liver cancer on 11 May 1997. It was the day before his 60th birthday. Six months after his wife’s demise, Carlin met comedy writer Sally Wade. Eventually, Carlin and Sally tied the knot in a private and unregistered ceremony on 24 June 1998. Carlin’s 2nd marriage lasted until his death in the year 2008. 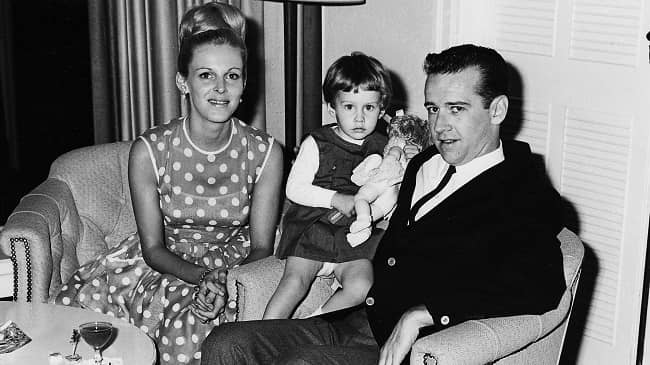 Caption: George Carlin in an old photograph with his 1st wife Brenda and their daughter Kelly. Source: NPR

George Carlin passed away only two days before his 10-year marriage anniversary with Sally Wade. This comedian had a history of heart problems that spanned three decades. These problems also include heart attacks in the years 1978, 1982, and 1991. Also, his heart problems included an arrhythmia requiring an ablation procedure in the year 2003, a significant episode of heart failure in 2005, as well as two angioplasties at undisclosed dates.

On 22 June 2008, comedian Carlin passed away at the age of 71 due to heart failure at Saint John’s Health Center in Santa Monica, California. He passed away only one week after his last performance at The Orleans Hotel and Casino. As per the comedian’s wishes, Carlin’s body was cremated and his ashes were scattered in front of various New York City nightclubs as well as over Spofford Lake in New Hampshire.

George Carlin was tall at an approximate height of 5 feet 11 inches and his weight was around 75 kgs. The late comedian had mesmerizing blue eyes and brown hair that turned grey with aging.

Talking about his social media presence, this late comedian has an account on Twitter and Instagram under the username @TheGeorgeCarlin. These accounts are the official George Carlin profiles that are managed by Kelly Carlin and the estate of George Carlin as mentioned in the bios.