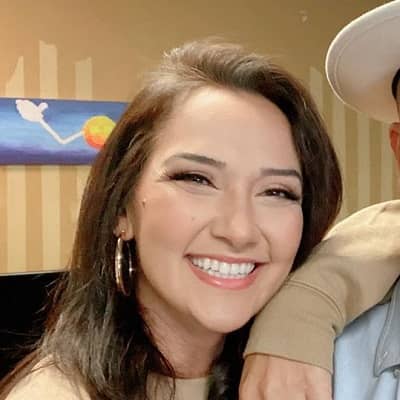 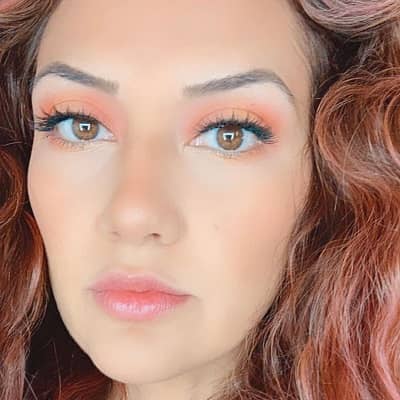 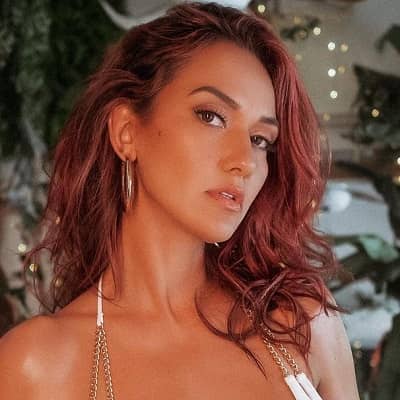 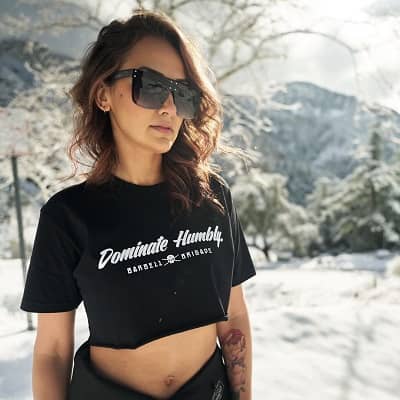 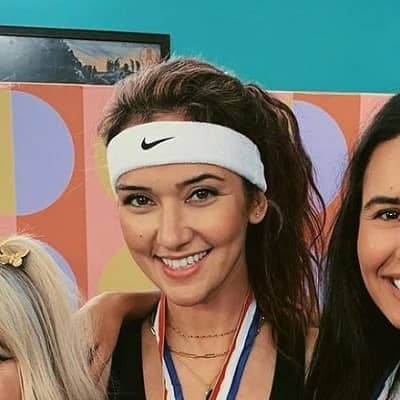 Geo Antoinette is a popular American YouTube star, actress, powerlifter, and model. Geo Antoinette is also popular as the producer and marketing/ PR executive for the JustKiddingFilms team and the creator as well as the owner of Barbelle Brigade.

Geo Antoinette was born on 3 October 1983 and she is currently 38 years old. She is originally from California and her zodiac sign is Libra. Likewise, her full name is Geovanna “Geo” Antoinette Carreno-Kwan.

Talking about her family, she comes from a Mexican family and has three siblings – 2 sisters and a brother. However, their names and identities are not revealed yet along with their parents. Moreover, Antoinette used to play guitar, flute, piano, and mandolin in her childhood. 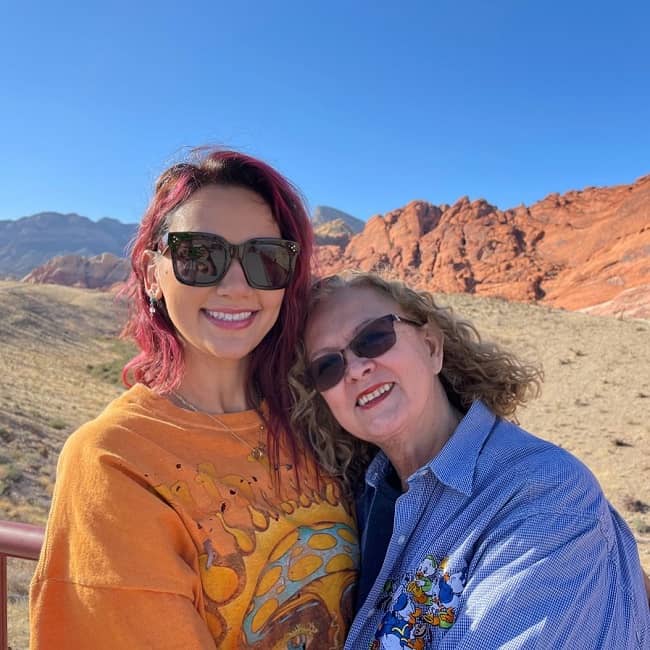 Caption: Geo Antoinette posing for a photo with her mother. Source: Instagram

Professionally, Geo Antoinette is a social media influencer. More precisely, this personality is a member of the Just Kidding Films team. In this team, Antoinette is a producer and actress. Moreover, this personality is also a powerlifter and creator at Barbell Brigade. She has a family Youtube channel called Bart & Geo. This channel has accumulated almost 800k subscribers.

Furthermore, Antoinette’s merchandise company has sold apparel, supplements, and other gear for working out. Although the Just Kidding Films was started in the year 2007, she joined this family as early as 2010. Additionally, this Youtuber has also appeared as a guest on Access Hollywood, Inside Edition, and MashBox.

Likewise, this personality produced a short film called The Monster and also acted in a short film called She Has a Boyfriend as the Motorcycle girl in 2013. Also, she appeared in Single by 30 as Brianna and Yellow Fever 2 in 2016. Antoinette documented her tropical wedding in a 2015 video on YouTube. This wedding video has earned more than 2 million views. 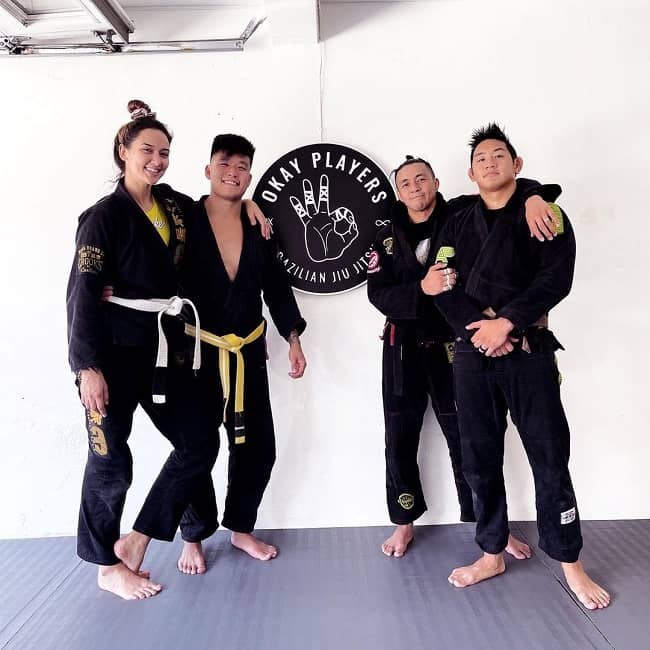 Talking about her husband, Bart Kwan is also a Youtube star. Her husband is the co-founder, writer, director, and actor for the popular JustKiddingFilms team. Moreover, her husband’s Youtube channel takes on social, contemporary, and cultural issues with a comedic edge. Her husband started a company called The Barbell Brigade. It has sold athletic gear and supplements. Further, her husband has also been involved in the Junbi Matcha restaurant.

Her husband founded JKF alongside his partner Joe Jo while attending the University of California, Los Angeles. Furthermore, her husband’s JKF channel has branched out from JustKiddingFilms to JustKiddingParty and JustKiddingNews. Likewise, her husband’s self-titled channel has more than 650,000 subscribers. Together, this lovely couple also runs a podcast called Get Close. 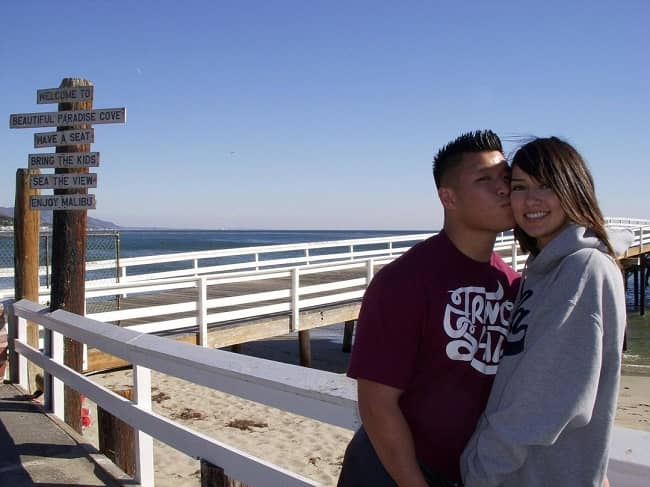 Geo Antoinette is a happily married woman. Her husband’s name is Bart Kwan. Her husband is also a fellow Youtube star and he is a Taiwanese. The lovers tied the knot in the year 2015 and welcomed their son named Taika Octavius Kwan on 1 September 2017. The family has three dogs namely Meatloaf, Briggy, and Fawn. 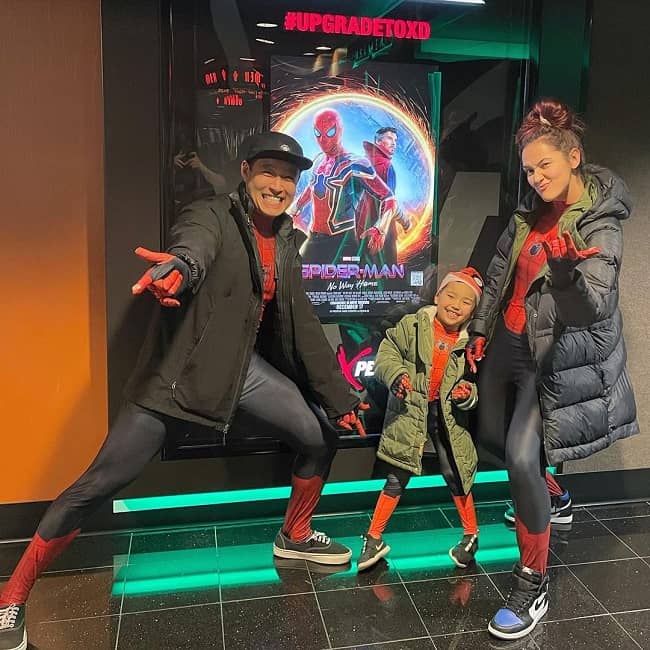 Caption: Geo Antoinette posing for a photo with her family. Source: Instagram

Geo Antoinette stands tall at an approximate height of 5 feet 11 inches or 180 cm or 1.80 meters. Likewise, this influencer’s weight is around 58 kgs and her chest-waist-hip measures are 34-23-34 inches respectively. Further, Antoinette has dark brown eyes and hair of the same color.

Geo Antoinette joined Twitter in May 2009 and so far has more than 87.2K followers on her @geo_antoinette account. Likewise, her username on Instagram is @geo_antoinette, and has over 493k followers as of May 2022. She created her family channel “Bart & Geo” on 6 March 2010. So far, this channel has garnered more than 313 million views and 799K subscribers. Similarly, she has earned more than 72K followers on her “Geovanna Antoinette” Facebook profile. Moving on, this influencer has a net worth of around $1.5 million US dollars.