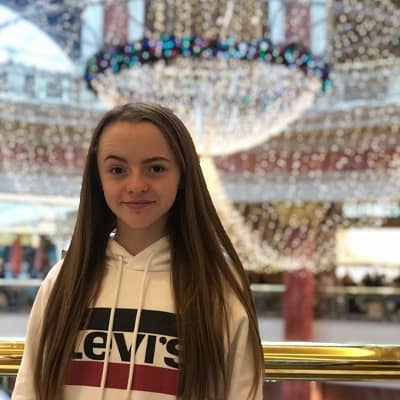 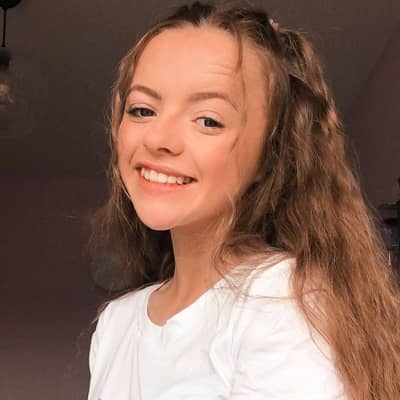 Gemma Mae was born on September 13, 2006, and she is currently 14 years old. Talking about her family, she has a sister named Amy and her mom’s name is Samantha. However, there is no verified information regarding her father and other family details. She also has a German Shepherd pet dog named Samba. She often shares videos and photos featuring him on her social media accounts. Although her exact birthplace is not mentioned, she is a citizen of England.

There is no information regarding Mae’s educational journey. But considering her age, we can assume that she might be a middle school student unless she decided to take a break or skipped a grade due to her being an excellent student. Caption: Gemma Mae in a childhood photograph with her sister and father. Source: Instagram

Professionally, Gemma Mae is a social media personality. She is primarily a Tiktok content creator. She has been frequently featured by the app and is also a UK TikTok representative. her video creations are of the lip sync and comedy resort. Moreover, she has earned over 14.9 million hearts on the app for her content.

Additionally, she began using Instagram, Snapchat, and TikTok since the year 2016. This app, TikTok, was previously known as musical.ly at the time when she began using it. Furthermore, she has gained more than 178,000 fans on TikTok and had over 50 features. Both she and her sister did the #ParodyChallenge by mimicking a TikTok video by Lisa and Lena.

She has also collaborated with several other Tiktok content creators to make her content more entertaining. She has also sharef Tiktok videos showcasing her gymnastic skills and playing in a trampoline. Some people that she has featured on her Tiktok videos include @avawc, @itslivjohnson (Liv), @aestheticmøodś, @more..lyd (Lydia), @…freya13 (Freya), and @lemons134 (Emma) among others.

She has also done split-screen duets with several Tiktok stars and some of them are with @sheidhdishududhdysydg and @.avawc among others. She also has another Tiktok account under the username @more..gem. She created it on 5th October and so far has over 3k followers and 54.9K likes. 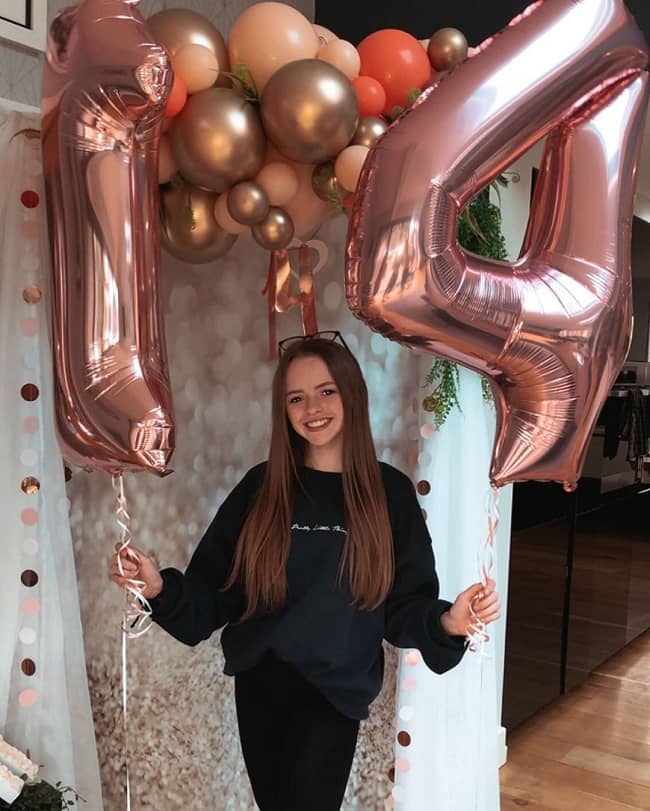 Caption: Gemma Mae posing for a photo on her 14th birthday. Source: Instagram

Moreover, Mae also has a Youtube channel. She created her “gemma b” channel on April 2, 2020, and her follower base is increasing day-by-day. The oldest video on her channel is titled BEING EMMA CHAMBERLAIN FOR A DAY!! She uploaded this video on 17 May 2020.

Similarly, the most-watched video on her channel is titled WE MESSED UP//gemmab and this video dates back to 27 May 2020. Some other popular videos on her channel are I GOT PLASTIC SURGERY BECAUSE OF THE HATE!!/ gemmab, BESTFRIEND VS SISTER//, ROOM TOUR, MY NIGHT ROUTINE, and REACTING TO MY OLD YOUTUBE VIDEOS*CRINGEY*.


Moving on, Mae’s net worth and earnings are not available at present. They are still under review. Nevertheless, she might earn through her Youtube videos, Tiktok content, partnerships, collaborations, brand endorsements, etc. at such a young age.

At such a young age, it is pretty obvious that Gemma Mae is single at present. She is more focused on her studies and strengthening her social media career rather than involving in love affairs, rumors, and controversies. Also, she has kept a clean public profile that might otherwise hamper her professional career and her personal life. Moreover, she is sure to attract many lovers in her near future through her talent, beauty, and humor. 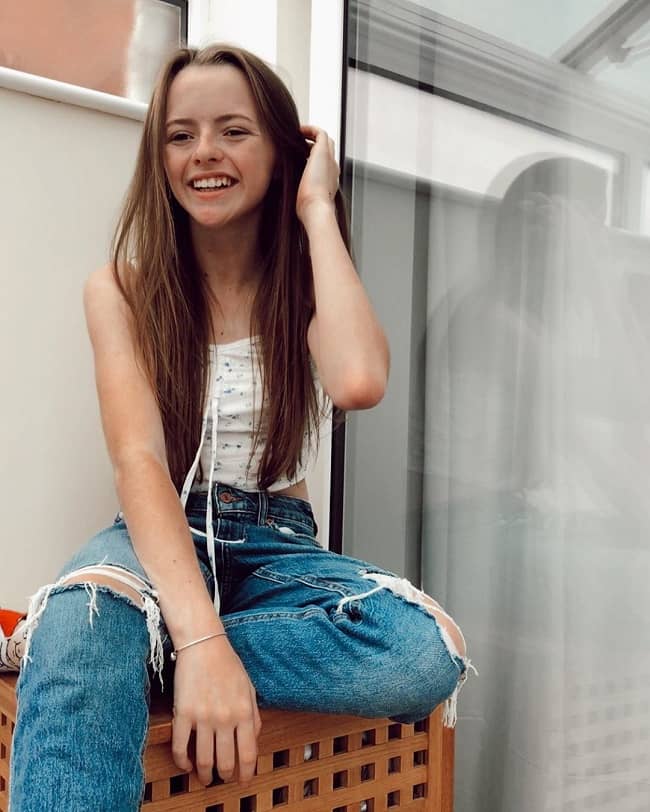 Caption: Gemma Mae posing for a photo on her 14th birthday. Source: Instagram

Gemma Mae stands tall at a height of approximately 4 feet 8 inches and weighs 45 kgs. However, since she is still at an age of growth and development, her body measurement stats are sure to keep changing for a few more years to come. Likewise, she has a beautiful greenish-blue set of eyes and blonde hair.

Talking about her social media presence, Mae is available on Instagram under the username @gemmamae2017. This account has earned over 7k followers and she has shared 378 posts at the time of writing this biography. She also joined Twitter in November 2017 and her username is @gemmamae9. She also has a Youtube channel “gemma b” that she created on April 2, 2020.