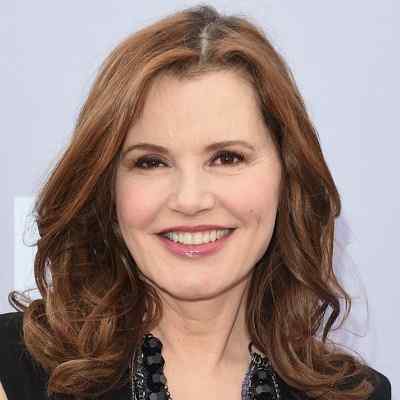 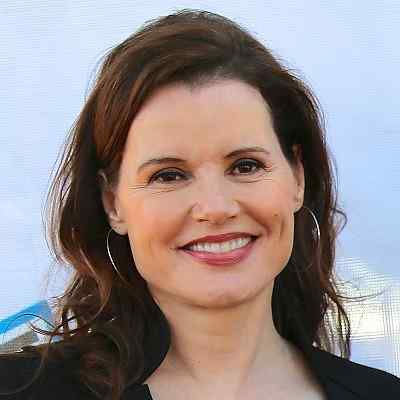 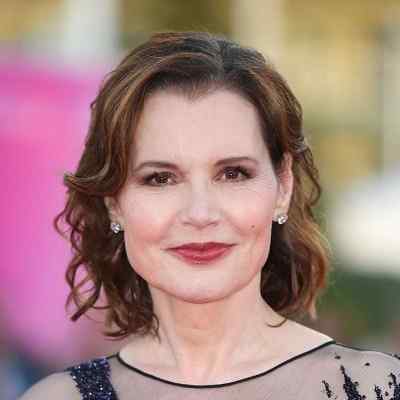 Geena Davis is an  American Movie Actress. Geena Davis is also a Mensa member who played roles in Thelma & Louise, Beetlejuice, as well as Stuart Little. She became a nominee for a “Golden Globe Award” for her portrayal of Dottie Hinson in ‘A League of Their Own’.

Geena Davis was born in Wareham, Massachusetts, USA, on January 21, 1956. She is 65 years old and is under the astrological sign, Aquarius. She holds American nationality. Her birth name is Virginia Elizabeth Davis. Likewise, after seeing shows with the characters Cheburashka and Gena the Crocodile, she adopted the nickname ‘Geena’.

Her mother’s name is Lucille and her father’s name is William F. Davis. She also has an older brother and his name is Danforth. Moreover, he father was a civil engineer and church deacon and her mother was a teacher’s assistant. And, both of her parents were from small towns in Vermont.

Regarding Geena’s educational background and qualifications, she studied at Wareham High School. She even attended a school in Sandviken in Sweden as an exchange student which made her fluent in the Swedish Language. She initially enrolled at New England College in New Hampshire however, after a year she moved to Boston University and finally graduated from there in drama.

Geena Davis began having an interest in music from an early age. She acquired piano and flute as well as played organ well enough as a teenager to serve as an organist at her Congregationalist church in Wareham. After her graduating, she moved to New York so that she could start her acting career. Likewise, in her initial days in New York, she had to work as a waitress and sales clerk. She even took up work for Ann Taylor and worked as a window mannequin and then got a modeling contract with Zoli Modeling Agency.

Her acting career took a slow start in the year 1982 with her debut movie “Tootsie” where she played a minor role. And, in the same year, she also appeared in a television comedy “Buffalo Bill”. Likewise, her acting career got a big break when she starred in the famous sitcom “Family Ties”. She co-starred along with Michael J. Fox.  Moreover, she co-starred with Tom Hanks, Madonna, and Rosie O’Donnell in the movie “A League of Their Own” in the year 1992 and received critical acclaim.

Likewise, she moved on to action movies and acted in movies such as Cutthroat Island and The Lion Kiss Goodnight. She is also popular for playing the role of Eleanor in the movie “Stuart Little” in the year 1999 and also in its sequels. Davis starred in a sitcom show on TV “The Geena Davis Show” that got telecast for a very short period. 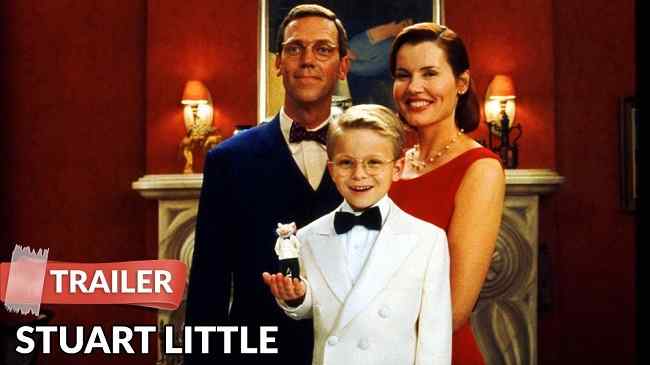 Moreover, she was also able to play the role of 1st female President of the US in the popular TV series “Commander in Chief”. And, this role helped her get a lot of nominations as well as many awards. She even starred in the TV Series “Grey’s Anatomy” in the role of Dr. Nicole Herman. Apart from all this, Davis also appeared and played in many other series, films, movies, television shows, and many others.

She was one of 300 women sportspersons who contested for a semifinals birth in the US Olympic archery team in the year 1999, to participate in the Sydney Olympics in 2000. Unfortunately, she could not qualify for the team. However, she did participate in the Sydney International Golden Arrow Competition. Likewise, she also actively works against gender discrimination. She leads the Women’s Sports Foundation Campaign, “Geena Takes Aim”. The foundation supports the Title IX Act to end gender discrimination in different educational institutes in the US.

Furthermore, she even got associated with an NGO ‘Dads and Daughters’ in the year 2005. This association aims at having an equal number of female as well as male characters in various TV programs and movies made for children. Moreover, Davis even attached to Ad Council’s FWD Campaign and USAID that aimed at making people aware of drought in East Africa.

Likewise, she was able to win the ” Best Supporting Actress” Academy Award in the year 1989 for her role in the movie “The Accidental Tourist”. Then, she was also able to receive the “Boston Society of Film Critics Awards” in the “Best Actress” category for her role in the movie “Thelma and Louise” in the year 1991. She also received the “Best Actress Award” with Susan Sarandon awarded by “National Board of Review” in the year 1991 for the same movie.

Furthermore, she was able to get nominations for the Golden Globe Awards for the movies Herself, A League of Their Own, Speechless, and The Lion Kiss Goodnight. Moreover, Davis also ranked #61 in the list of “Top 100 Movie Stars of All Time” by Empire Magazine of UK in the year 1997. And, the same magazine ranked her #31 on the list of “100 Sexiest Stars in the Film Industry”.

Geena Davis tied the knot with her fourth husband Reza Jarrahy. Reza is a plastic surgeon and is from an Iranian-American family background. They married on September 1, 2001. The couple has three children and their names are Alizeh Kashvar, Kaiis William Jarrahy, and Kian William Jarrahy. She and Reza have filed for divorce and it is still in process.

Likewise, Director Renny Harlin was Davis’s third husband and they tied the knot on September 18, 1993. And, they divorced five years after their marriage on June 21, 1998. Moreover, she even starred in “The Long Kiss Goodnight” and “Cutthroat Island” and Renny Harlin was the one who directed both of those. 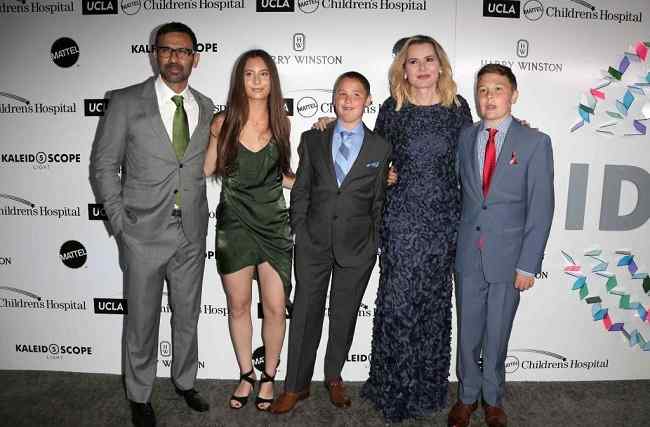 Caption: Geena Davis with her husband, Reza Jarrahy, and their children (Source: GoodtoKnow)

Geena Davis has a height of 6 feet and her weight is 68 Kg. Focusing on Davis’s body measurements such as her chest size, waist size, and hip size, their sizes are 34-30-38 inches respectively. Moreover, she has brown eyes and brown hair and has a pale skin color. 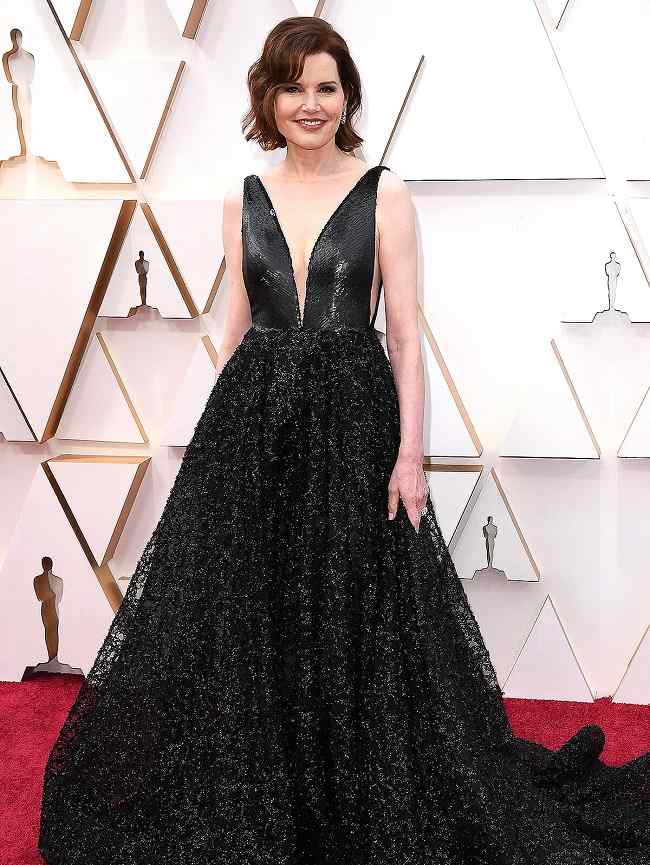 According to celebritynetworth, she has a net worth of $30 million and her main income source is her acting career and she also does have other income sources.