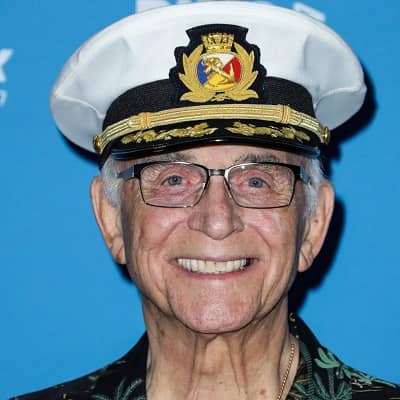 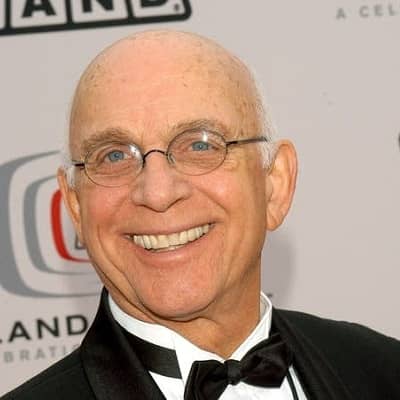 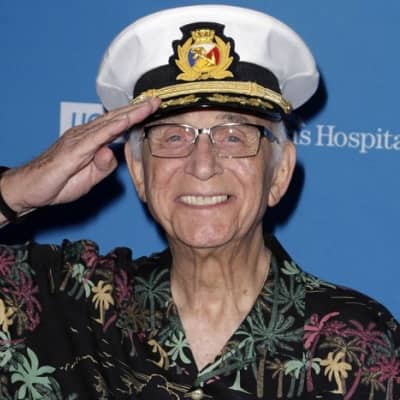 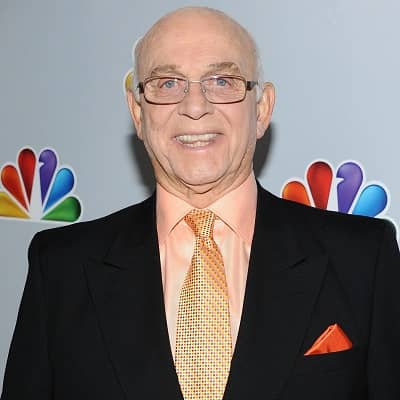 Gavin MacLeod was a famous actor and writer. Gavin MacLeod is best recognized for appearing on The Love Boat and The Mary Tyler Moore Show among others.

Gavin MacLeod was born on 28 February 1931. Likewise, his full name is Allan George See. He was originally from Mount Kisco, New York, and his zodiac sign was Pisces. Talking about his family, his mother is Margaret (née Shea) See and his father is George See.

His father was an electrician who was a part of Chippewa (Ojibwe). On the other hand, his mother was a middle school dropout who worked for Reader’s Digest. He has a brother named Ronald who was three years younger than him. He attended Ithaca College where he studied acting and graduated in 1952. From this institution, MacLeod obtained a bachelor’s degree in fine arts.

He was 90 years old at the time of his demise on 29 May 2021 after a period of ill health. Likewise, he is interred at Forest Lawn Cemetery in Cathedral City.

Professionally, Gavin MacLeod is a popular actor. People recognized him best for portraying Merrill Stubing in The Love Boat and Murray Slaughter on The Mary Tyler Moore Show. He was also a TV host as well as an author whose career spanned six decades. McLeod has also appeared as a guest on several talks, variety, and religious programs.

Furthermore, this late actor achieved continuing TV success by co-starring alongside Ernest Borgnine on McHale’s Navy from 1962 to 1964. For this project, this actor appeared as Joseph “Happy” Haines.

He served in the United States Air Force. Following the completion of his service, McLeod moved to New York City and worked at Radio City Music Hall. MacLeod continued this while looking for acting work. Around this time in his life, this personality changed his name. He drew “Gavin” from a physically disabled victim in a TV drama and “MacLeod” from his Ithaca drama coach – Beatrice MacLeod. Moving on, this late actor had a net worth of around $10 million US dollars. 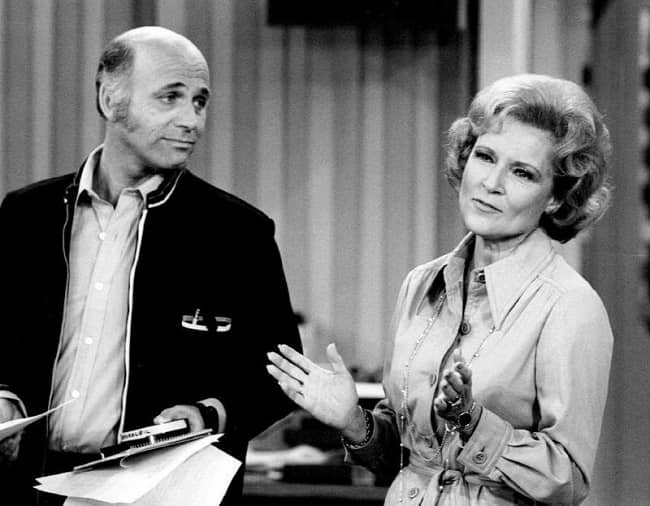 Caption: Gavin MacLeod in one of his acting projects. Source: PeoplePill

Gavin MacLeod married his second wife Patti in the year 1974. This was both Patti and MacLeod’s 2nd marriage. However, the two divorced during his time as the Captain on The Love Boat in the year 1982. Later in the year 1985, the two remarried. During the mid-1980s, this lovely couple became evangelical Protestants and credited their faith for bringing them back together.

Previously, his 1st wife was Joan Rootvik. With Joan, MacLeod was together from 1954 to 1972. Together, the ex-couple had four children namely Meghan, Julie, David, and Keith.

On 20 September 2009, this late actor discussed his conversion to Christianity at The Rock Church in Anaheim, California, with further guest appearances in the year 2012.

Recently, on 20 May 2021, this talented actor passed away at his home in Palm Desert, California. He was 90 years old when he died after a period of ill health. The late actor is interred at Forest Lawn Cemetery in Cathedral City. 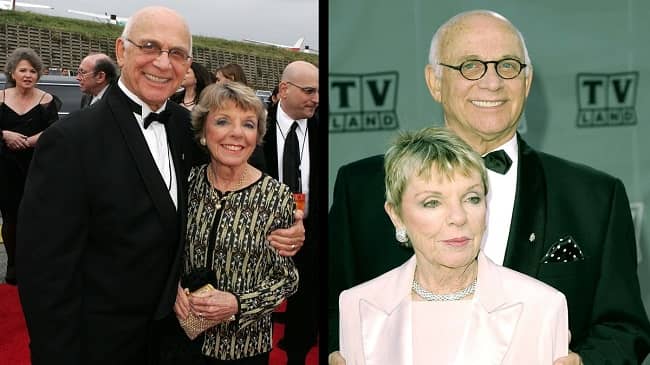 Caption: Gavin MacLeod posing for a photo with his wife. Source: Get India News

Gavin MacLeod stood tall at a height of 5 feet 9 inches or 1.8 meters his weight was around 69 kgs. The late actor had blue eyes and brown hair that had turned grey with aging. Besides these, there are no further details related to MacLeod’s other body measurement details. Moving on, actor MacLeod has an Instagram account under the username @itsgavinmacleod. The last post on this profile dates back to March 2014.