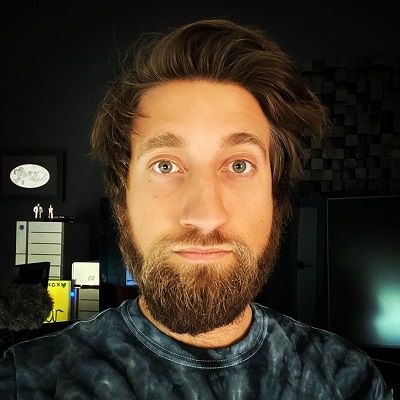 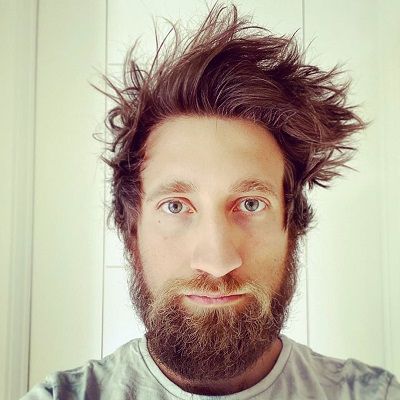 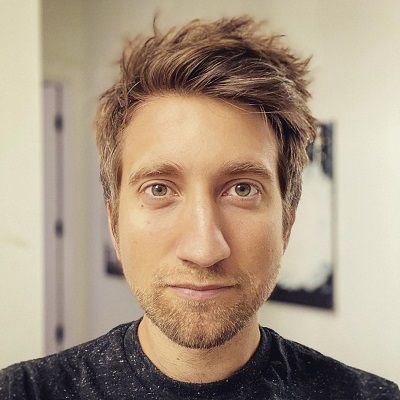 Gavin Free is a famous British YouTuber, actor, director, cinematographer, and a popular internet personality. Gavin Free is known for his association with ‘Rooster Teeth’ a Texas-based production company. Moreover, he is known for his slow-motion videos on The Slow Mo Guys YouTube channel alongside Daniel Gruchy.

Gavin Free was born on May 23, 1988, in Thame, Oxfordshire, England. He is 32 years old as of 2020 and his birth sign is Gemini. His father, David W. Free, is Welsh. His mother, Anna F. Imperato, is of Italian descent. Gavin’s paternal Welsh grandparents are Alfred W. Free and Elizabeth E. Owen. Free has a brother named Johnny Free.

Similarly, his maternal Italian grandparents are Giulio R. A. Imperato and Angelina Di Palma. Furthermore, he did his schooling from Lord Williams’s School in Oxfordshire. In 2006, at the age of 18, he took up employment as a camera operator and data technician in a production company named ‘Green Door Films’. 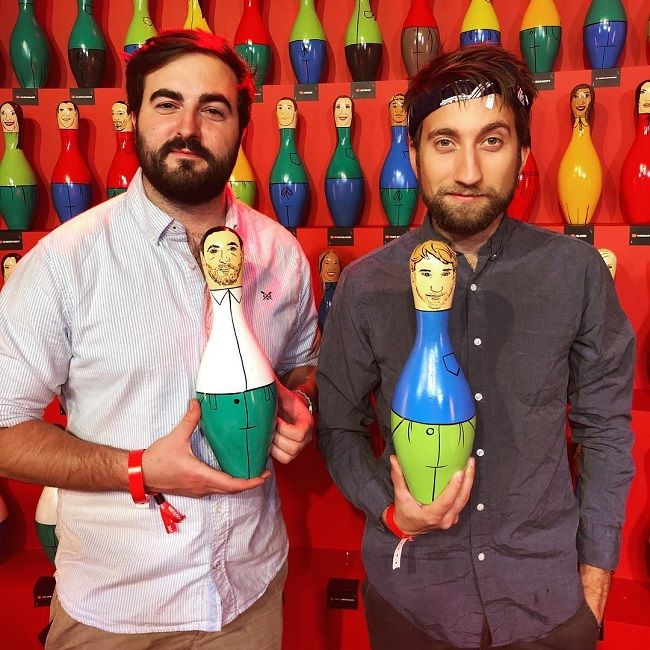 While working for ‘Green Door Films’, Gavin honed his slow-motion camerawork and photography skills. Gavin also had a stint with the Thame outlet of the British supermarket chain, ‘Waitrose’. Here, he developed a friendship with Daniel Gruchy, who was also employed at the superstore, and the duo later went on to found the YouTube channel ‘Slow Mo Guys’.

He played a key role in creating music videos and commercials for reputed music bands including U2, Kasabian, Klaxons, ‘Enter Shikari’, ‘X-Press 2’, and ‘The Chemical Brothers’. The first major break in Gavin’s career came in 2009 when he was roped in by Rooster Teeth, an American production company, to direct the seventh season of their web series ‘Red vs. Blue’.

Free was also entrusted with the responsibility of directing ‘Relocated’, the miniseries version of ‘Red vs. Blue’. He also starred in a ‘Captain Dynamic’, a slapstick miniseries endorsed by Rooster Teeth in 2009. Nonetheless, he was also offered a role in ‘Rooster Teeth Shorts’ which is still being aired.

In 2010, that Gavin along with his longtime friend, Daniel Gruchy, created a YouTube channel which they named ‘The Slow Mo Guys’. Both of them started recording footage for a web series that shared the name of their YouTube channel. Free used sophisticated and advanced cameras manufactured by Phantom, for filming in slow motion. Likewise, in 2011, ‘The Slow Mo Guys’ was declared as the best channel on YouTube’s ‘On The Rise’ program, which highlights up-and-coming YouTube partners on the homepage.

In May 2013, Gavin replaced Geoff Ramsey and Gus Sorola in the Rooster Teeth series ‘Immersion’ and began starring as a “lab rat”. As a ‘lab-rat’, Gavin experimented with the concepts of video games in real life, along with his colleague, Michael Jones, who is a recognized voice actor and web personality.

Further, in 2013, Gavin Free was a contestant in the second season of Rooster Teeth’s gaming show ‘The Gauntlet’. He has also made cameo appearances in Barenaked Ladies music videos for their songs “Odds Are” (2013) and “Did I Say That Out Loud?” (2014). Similarly, in November 2014, Gavin started to appear in Rooster Teeth animated superhero comedy web series ‘X-Ray and Vav’ and gave voiceover for Vav.

In that very year, Free enacted a fictionalized version of himself in the comedic thriller series ‘Ten Little Roosters’. And in 2015, Gavin Free and Burnie Burns, the co-founder of Rooster Teeth, moderated numerous episodes of ‘Million Dollars, But…’ a series based on hypothetical scenarios. In any typical episode of the series, the cast was required to recreate a complex situation in an entertaining and hilarious manner and the best performer would win the purse of one million dollars.

Burnie Burns was replaced by Gavin Free as Rooster Teeth’s creative director in October 2015, but he resigned from the position in 2016 so that he could devote more time to his YouTube channel ‘The Slow Mo Guys’. In early 2016, Free starred as Woody in Rooster Teeth’s science fiction action comedy film Lazer Team.

The film was released theatrically on 27 January 2016. It received mixed to positive reviews from critics at film festival showings and upon its release. Free joined the voice cast of the anime web series RWBY as Scarlet David for its third volume.

On 5 April 2016, Free was nominated for a Webby Award in the Best Web Personality/Host (Online Film & Video) category for his work on The Slow Mo Guys. Further, at the 2016 Streamy Awards, Free won for Cinematography. Gavin returned to hosting panels at RTX 2016.

Furthermore, on August 5, 2016, Gavin and Burnie announced that there would be a sequel to Lazer Team, which was green-lit by Rooster Teeth in partnership with YouTube Red and they had officially begun pre-production on the film. He participated in filming from March to late April 2017, before subsequently participating at the Let’s Play Live East Coast Tour.

Gavin is dating long-time cosplayer and fellow Rooster Teeth employee, Meg Turney, a former host on ‘SourceFed’ and ‘Rooster Teeth’s The Know’. Currently, they reside in their mansion in Austin, Texas. Gavin explains his and Meg’s love story during the second episode of Relationship Goals, and stating that he does not want to marry her due to his nationality becoming American.

They have been dating since 2013. Although Gavin prefers to keep his personal life a secret to prevent invasions of privacy, he occasionally mentions bits of it during Rooster Teeth content. 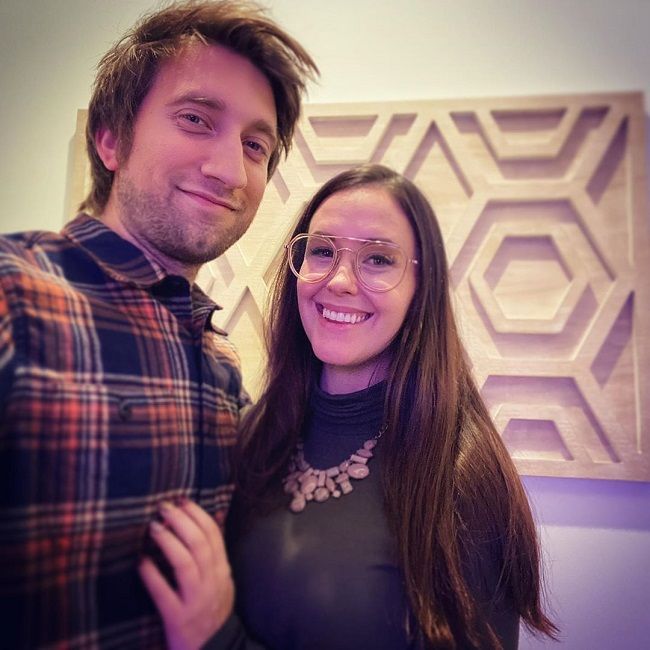 On January 26, 2018, Gavin and Meg’s mansion was broken into by a deranged armed fan (who drove 11 hours from Albuquerque, New Mexico) with a fully loaded handgun. The suspect had an infatuation with Meg and a strong hatred towards Gavin because of it. The couple hid in the closet, called 911, and were ultimately unharmed after the home invasion.

The intruder was intercepted by police after attempting to leave and was shot and killed after firing his weapon. Following news reports regarding the incident around two weeks later, Burnie and Gavin acknowledged it on RT Podcast 479, assuring fans that Gavin and Meg were fine and thanked the Austin police for responding quickly.

Free is a smart and handsome guy with an amazing personality. He has a height of 5 feet 10 inches and weighs around 65 Kgs. He has blonde hair and hazel eyes. There are no further details regarding his body measurements. However, he has a well-maintained body physique.

He is active on different social media sites. His verified Instagram account has earned over 356K followers. He is famous on Twitter with more than 842K followers. And his collaboration Youtube channel ‘The Slow Mo Guys’ has earned more than 13.7 million subscribers.

Gavin is quite a wealthy person with an amazing amount of earnings. Therefore, he has a net worth of around $5 million. The source of his net worth fortune is through his production and acting career.