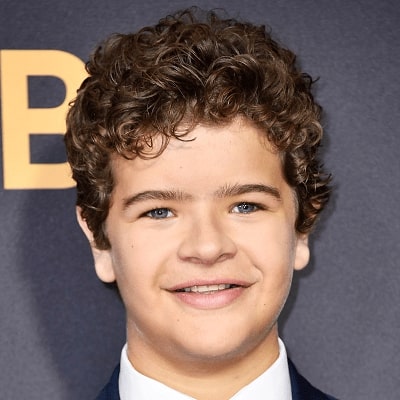 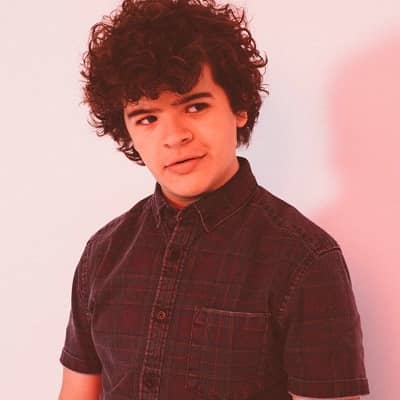 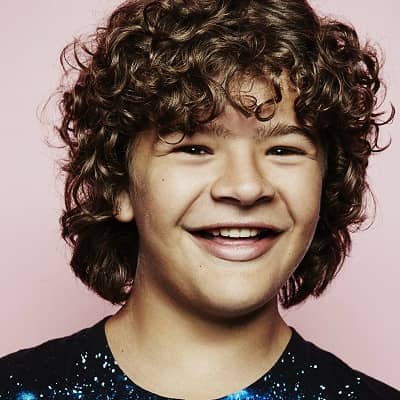 Gaten Matarazzo is a young American actor who is popular for his excellent portrayal of Dustin in “Stranger Things”. Gaten Matarazzo was active in the entertainment industry at a young age and since then has portrayed several noteworthy roles in theatre and television series.

Gaten Matarazzo was born on September 8, 2002, and he is currently 18 years old. His hometown is Little Egg Harbor, New Jersey, but he was born in Connecticut. Talking about his family, Gaten has an elder sister named Sabrina and a younger brother named Carmen. His siblings have also acted in television commercials. Likewise, his parents are mother Heather, and father Gaetano Matarazzo. Further, his ethnicity includes Italian, Hungarian, English, Finnish, and Scottish ancestry.

Regarding his educational journey, Gaten attended Pinelands Regional High School in Tuckerton, New Jersey. As a child, Gaten was heavily involved in performing arts, especially singing. He pursued vocal training at Starlight Performing Arts Center in New Jersey. Then in 2011, he competed and won third place with his vocal solo entitled Ben at Starpower Talent Competition Nationals in Uncasville, Connecticut. 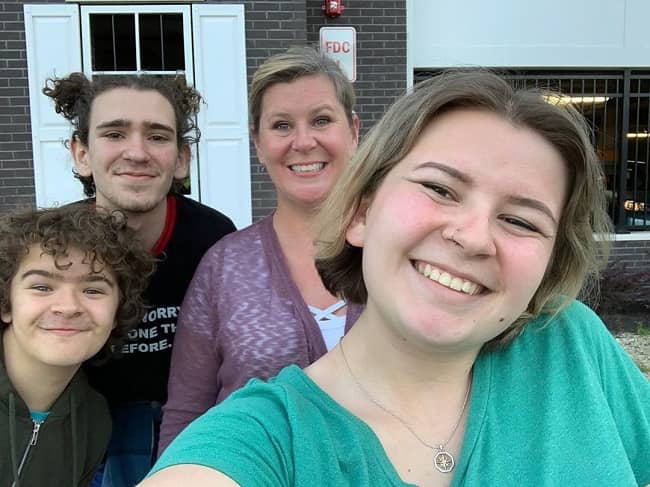 Caption: Gaten Matarazzo posing for a photo with his mother and siblings. Source: Instagram

Gaten was born with cleidocranial dysplasia (CCD). It is a rare genetic condition that caused him to be born without collar bones, and which affected the development of his facial bones, skull, and teeth. According to Gaten, his case is mild. After he was cast, the condition was written into the script.

In the pilot episode of Stranger Things, Dustin played by Gaten actually explains his condition to a school bully who mocks him about his teeth and then asks him to “do the shoulder thing.” Dustin obliges, bringing his shoulders together in front of his chest which he is able to do because of the lack of collarbones.

Gaten has also spoken openly about his condition. He has even documented one of his surgeries, during which 14 supernumerary teeth were removed. He shared this via Instagram account. Similarly, Gaten uses dentures and he is a vegetarian. 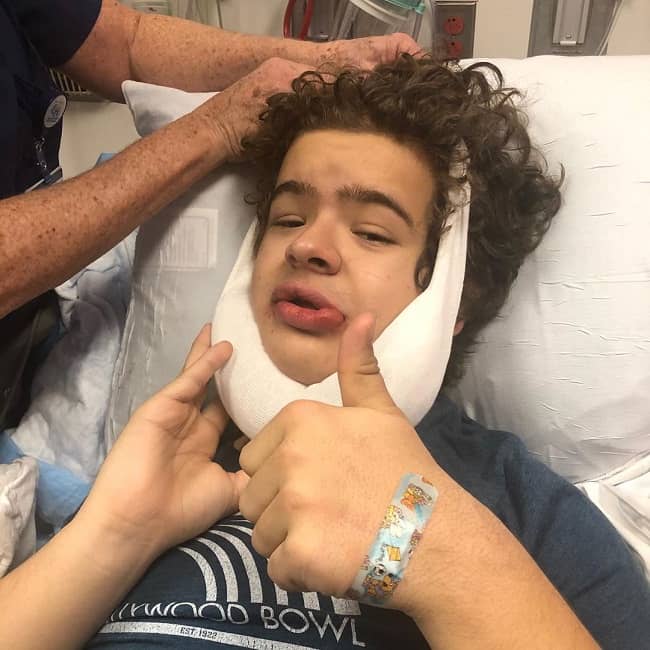 Caption: Gaten Matarazzo giving a thumbs up to indicate that his surgery was a success. Source: Instagram

Professionally, Gaten Matarazzo is a young actor. He is most famous as Dustin Henderson in the hit Netflix science-fiction drama series Stranger Things. Gaten has also been seen on the Broadway stage in Les Misérables and Priscilla. More precisely, Gaten began his career on the Broadway stage as Benjamin in Priscilla, Queen of the Desert in 2011, and as Gavroche in Les Misérables. He also frequently shares the screen with Millie Bobby Brown in Stranger Things.

Moreover, Gaten has also been nominated for several awards. Among them, he has won two awards for “Outstanding Performance by an Ensemble in a Drama Series” at the 2017 Screen Actors Guild Awards and for the “Best Actor” at the 2017 Shorty Awards. Moving on, Gaten has a net worth estimation of approximately $4 million dollars. 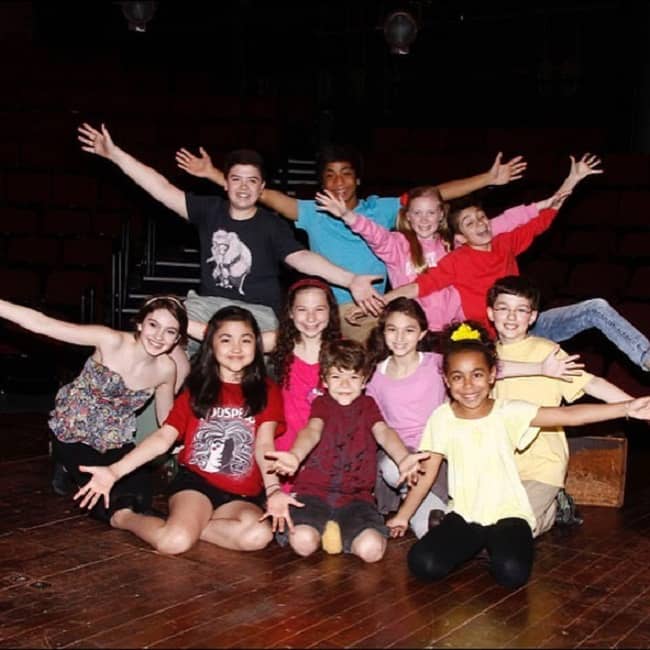 Caption: Gaten Matarazzo posing for a photo with his friends during the practice of God Spell theatrical performance. Source: Instagram

Gaten Matarazzo uses his platform to raise awareness of CCD and fundraise for CCD Smiles. It is an organization that helps cover the costs of oral surgeries for people with CCD. He has also started a line of T-shirts whose proceeds will go to CCD Smiles.

On his social media sites, Gaten Matarazzo tells followers how to donate to CCD Smiles and promotes events he will participate in. In November 2017, his sister also started a Facebook campaign to raise money for the organization. Since 2017, he has also served as spokesman for Verizon FiOS.

Gaten Matarazzo began dating Lizzy Yu on 4 March 2018. The lovers recently celebrated their second anniversary. Likewise, Lizzy is an Instagram star. She performed on stage as part of a troupe called Pinelands Thespians and they even won a drama competition held at Montclair State University. The love-birds also feature each other on their respective social media accounts frequently. 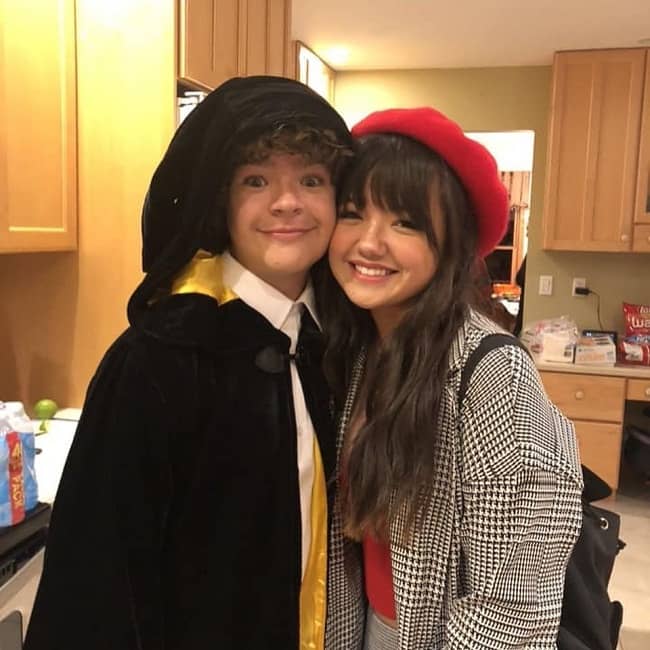 Gaten Matarazzo stands tall at a height of 5 feet 5 inches and weighs approximately 59 kgs. Other than this, there is no further information regarding his other body measurement details including his chest-waist-hip measures, biceps, etc. Likewise, Gaten has blue eyes and curly brown hair.

Talking about his social media presence, Gaten Matarazzo joined Twitter in October 2015 and so far has over 1.5 million followers on his @gatenm123 account. Likewise, he goes by the username @gatenm123 on Instagram. This account boasts 882 posts shares and 14 million followers. He also has a Facebook page with over 731k people following his journey. Gaten created his Facebook page on September 17, 2011.