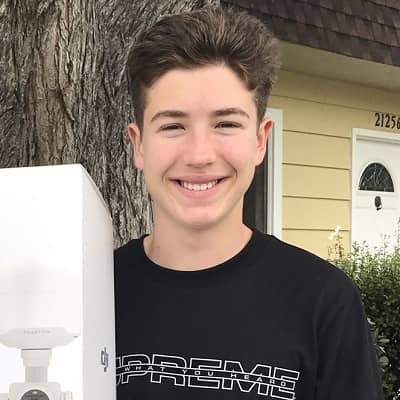 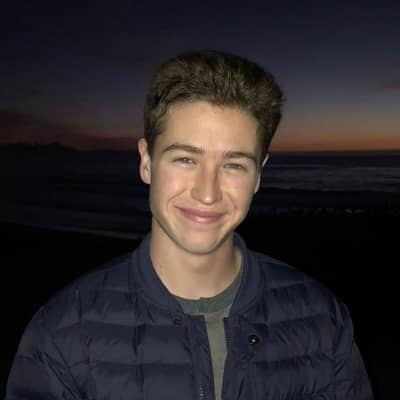 Garrett Ryan is a young American actor. Garrett Ryan is a young and enthusiastic actor who has appeared in several TV shows, series, and films. These include “The Young and the Restless”, “Criminal Minds”, “CSI: NY”, “Trust”, “Insidious: Chapter 2”, “Oculus”, and “Judy Moody and the Not Bummer Summer” among others.

Garrett Ryan was born on August 14, 1999, and he is currently 21 years old. He hails from Newport Beach, California. Likewise, his full name is Garrett Ryan Ewald and his zodiac sign is Leo. There is no information about his parents, siblings, and other family details.

He also has yet to share any insights into his educational journey. But considering his age, we can assume that he might be a bachelor’s level college student unless he decided to take a break or discontinue his studies to rather focus on his professional career. Further, he likes various ball games including Baseball, Tennis, Swimming, Basketball, and Golf. 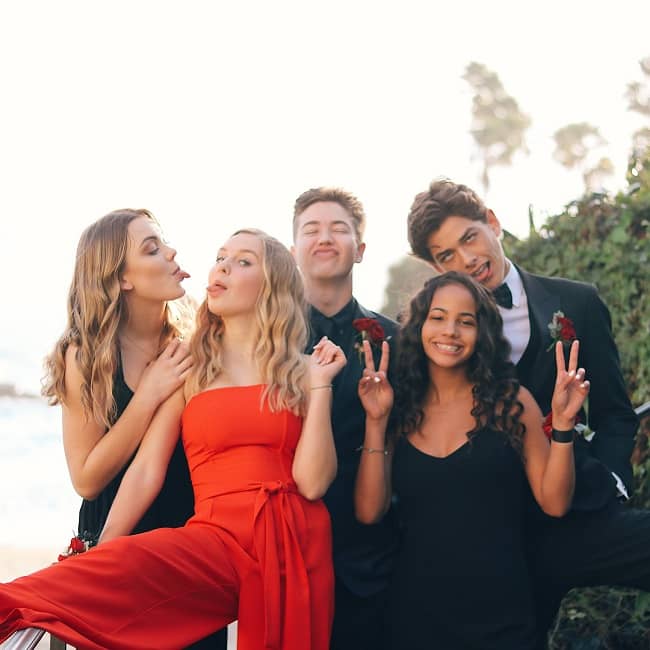 Caption: Garrett Ryan posing for a photo with his friends during a formal. Source: Instagram

Professionally, Garrett Ryan is a young actor. He is best known for portraying Kyle Jenkins Abbot on the CBS soap opera The Young and the Restless. Likewise, he has also appeared on TV series like Criminal Minds and CSI: NY.

Furthermore, he booked his first job when he was just seven years old. It was an appearance on Cold Case. Similarly, he has also worked on several films including Trust, Insidious: Chapter 2, Oculus, and Judy Moody and the Not Bummer Summer among others. He also worked alongside Karen Gillan in the horror film Oculus.

Some more TV series and films that he has appeared either as a cameo or as a regular cast up to the year 2010 are Heroes, Sweet Nothing in My Ear, Children’s Hospital, Dark House, The Middle, and R.L. Stine’s The Haunting Hour.

Similarly, after 2010, he made appearances in other TV series and films including NTSF:SD:SUV::, RCVR, Jillian’s Travels, Dog with a Blog, Children’s Theater Critic with Alfred, Love at the Christmas Table, Wendell & Vinnie, Sam & Cat, Deadtime Stories, The Millers, Insidious: Chapter 3, and The Better Half among many others.

Moving on, he has a net worth estimation of approximately $1 million to $5 million dollars. He might earn mostly through his acting projects and a few modeling ventures here and there among other income-generating activities at such a young age. 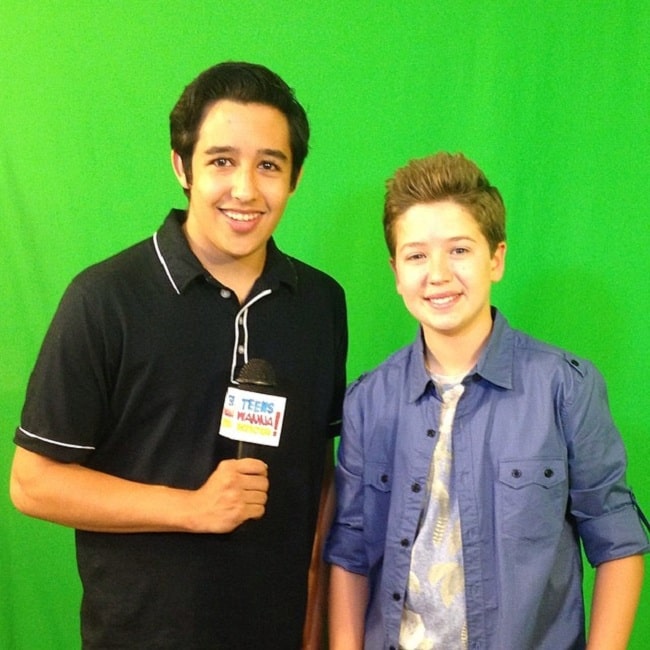 Garrett Ryan is in a romantic relationship with a girl named Noémi. The lovers recently celebrated their first anniversary together on 26 June 2020. This means that the duo started officially dating on 26 June 2019. For their anniversary, he shared a series of adorable photo with his girlfriend with the long caption:

There’s no way I would have rather spent the last year of my life than with you. 365 days of non-stop smiles. Life is so much better because of you, and here’s to many more laughs and adventures. Happy anniversary Noémi ❤️

Other than this, there is no information available on the young actor’s parts relationships and affairs. He is rather good at maintaining his privacy when it comes to keeping his personal matters a secret unless he wants to reveal the news himself.

Moreover, he has maintained a clean public profile that is away from any kind of rumors, scandals, and controversies that might hamper his personal life and professional career. 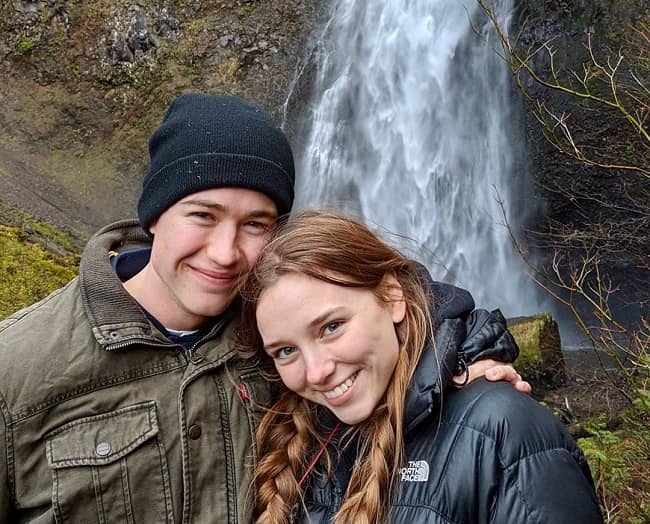 Caption: Garrett Ryan posing for a photo with his girlfirned Niomi during threir trip. Source: Instagram

Garrett Ryan stands tall at a height of 5 feet 9 inches or 1.75 meters and his weight is approximately 69 kgs. Other body measurement details including his chest-waist-hip measures, biceps, dress size, shoe size, etc are not available at the moment. Likewise, the handsome young actor flaunts beautiful blue eyes and brown hair color.

Talking about his social media presence, he joined Twitter in August 2010. Since then, he has earned over 3.3k followers on his @garrettryan10 account. Likewise, he goes by @garrettryan10 on Instagram and this account boasts 56 posts shares and over 6.4 followers at the time of writing this biography.