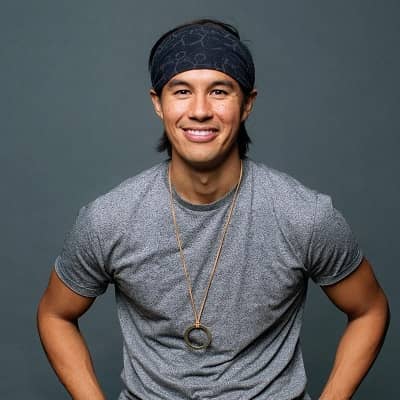 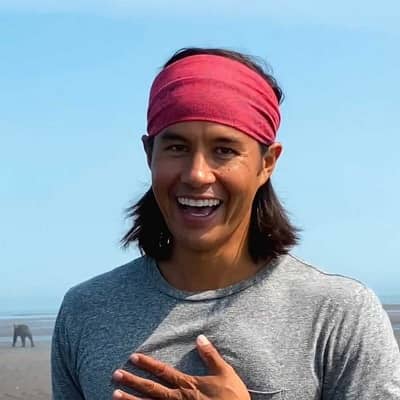 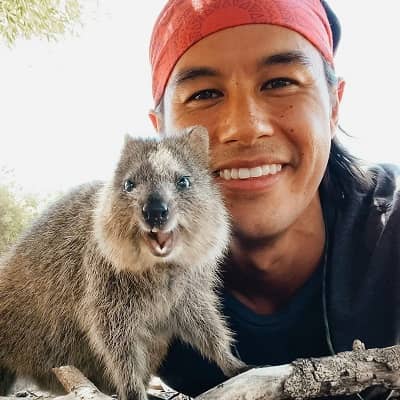 Garrett Gee is a well-known American entrepreneur, travel journalist, public speaker, athlete, and blogger. Garrett Gee founded the startup company “Scan” which Snapchat bought in 2015. He is most recognized as the patriarch of “The Bucket List Family”.

Garrett Gee was born on November 6, 1989, and is currently 31 years old. Garrett hails from Provo, Utah, and his zodiac sign is Scorpio. He has Filipina ancestry. Likewise, Garrett has one brother and four sisters whose names are unknown.

Moreover, Garrett’s parents separated when he was only 9 years old. From then on, Garrett went to high school in Utah where his father lived and he spent time with his mother in California. Talking about his educational journey, Garrett attended Brigham Young University. There, he was the Captain of the soccer team. But Garrett later dropped out of college after Google funded his startup company. 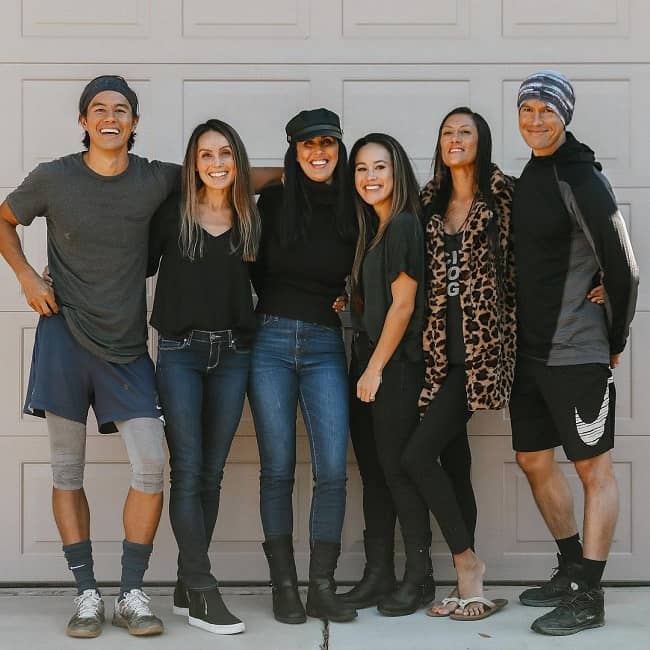 Caption: Garrett Gee posing for a photo with his siblings. Source: Instagram

After founding Scan with his talented team, the company grew into a successful business. After 3 special years, they sold Scan to Snapchat. Eventually, they joined Snapchat for one year in California.

Before this adventurous journey, Garrett’s family held a giant yard sale to sell all their belongings except for two boxes of photos and journals. The Gee family’s travel stories began on 15 August 2015. This was when his family decided to sell everything and leave home for a journey around the world. 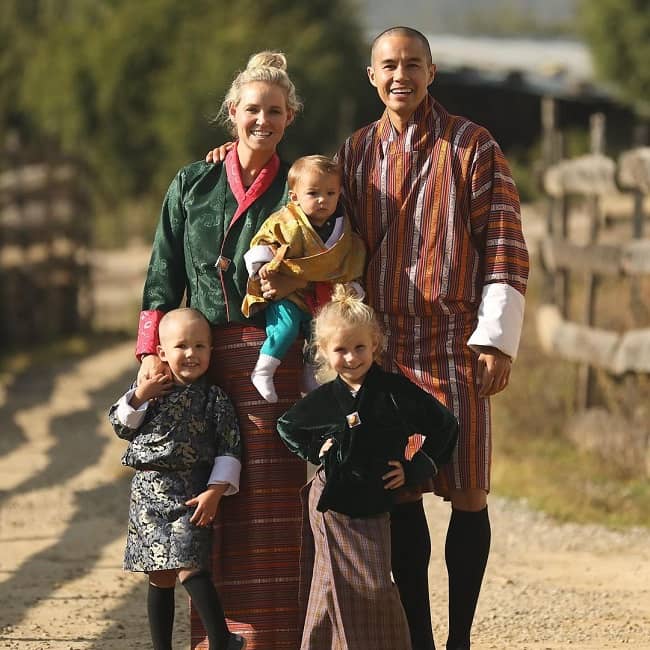 Caption: Garrett Gee posing for a photo with his wife and children. Source: Instagram

As a part of “The Bucket List Family”, Garrett is responsible for most of the creative work like photography, videography, and editing. His wife is responsible for running their main social media and works together with the sponsors and other business collaborations. 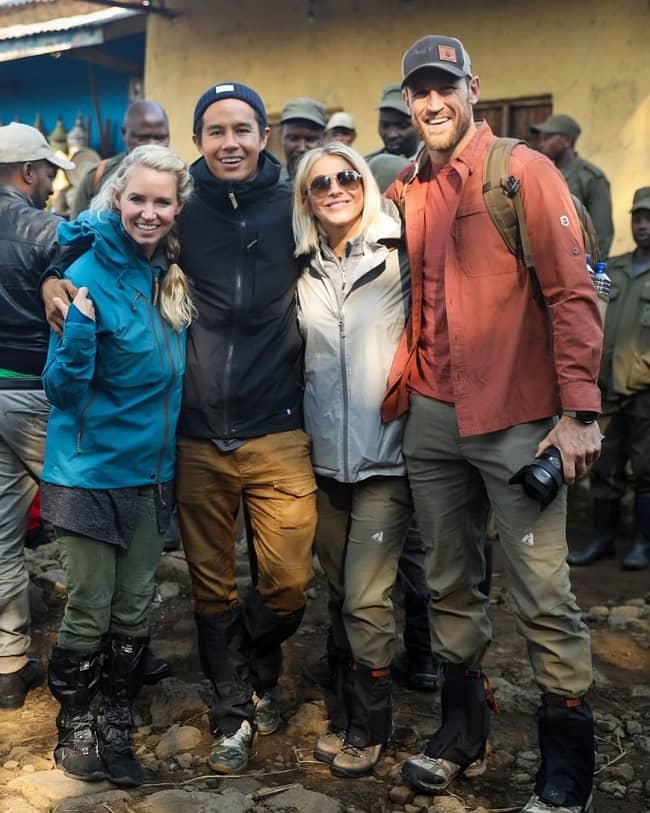 Garrett Gee is married to Jessica Gee who is originally from Denver, Colorado. The lovers met each other briefly in 2009 for the first time in a small flower shop. After some time, they met again at the university. When they met for the first time, Garrett and Jessica were both were in service missions to Vladivostok, Russia.

When they met each other in the university in Utah, Jessica was studying Advertising whereas Garrett was working on his iPhone app. The two tied the knot on 25 April 2009 and recently celebrated their 12th Anniversary.

After the Gee family traveled to 65 different countries within 3 years while living full-time on the road, they found a home in Hawaii. The family renovated a little bungalow on the beach and now resides there. Jessica and Garrett share three children together namely Dorothy, Manilla, and Calihan. As of May 2021, the family has traveled to 85 countries. 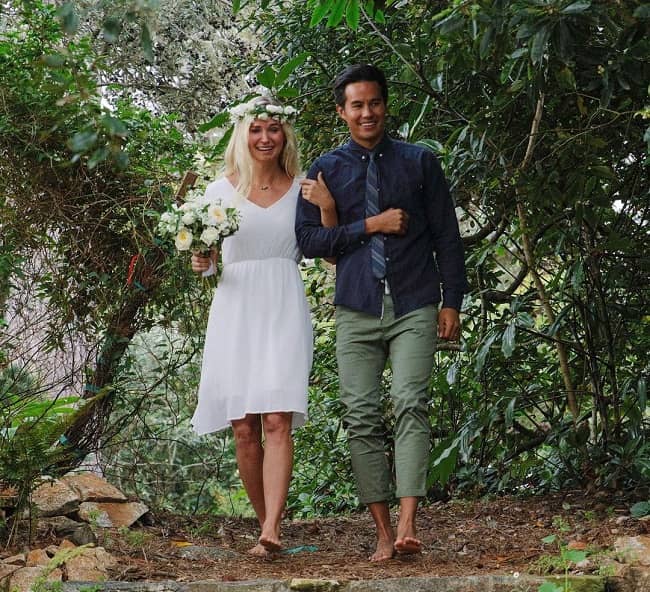 Caption: Garrett Gee and Jessica during their wedding. Source: Instagram

Garrett Gee stands tall at an approximate height of  175 cm or 5 feet 8 inches and his weight is around 72 kgs or 159 lbs. Other than this, there is no information regarding Garrett’s other body measurement details like his chest-waist-hip measures, dress size, shoe size, etc. Moreover, Garrett has dark brown eyes and hair of the same color.

Talking about his social media presence, Garrett Gee is available on Instagram under the username @garrettgee with 439k followers. He also frequently appears on his family’s Instagram page @thebucketlistfamily with over 2.6 million followers. Although Garrett doesn’t have his own account on other platforms, his family “The Bucket List Family” joined Twitter in May 2015 and so far has over 14.4K followers on their @bucketlistfam account.

Likewise, his family created a Youtube channel on July 5, 2015. So far, Garrett’s family has earned over 158 million views and 1.31 million subscribers on their “The Bucket List Family” Youtube channel. Moreover, The Bucket List Family has over 184K following their journey on Facebook. Moving on, Garrett Gee has a net worth estimation of around $20 million US dollars.