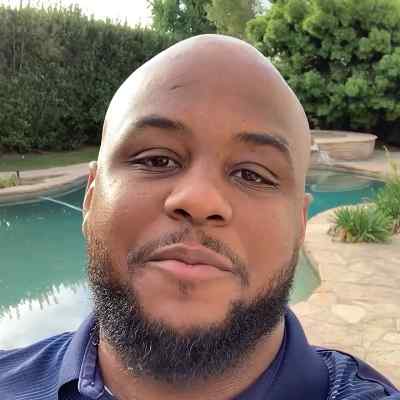 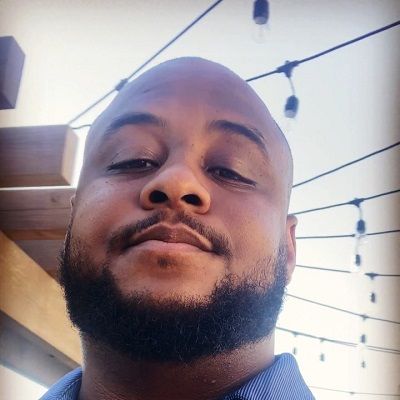 GamingWithKev is an American video content creator best known for his gaming Youtube channel. GamingWithKev posts gameplay videos, gaming commentary, and other gaming-related content on his channel. He also owns the other two Youtube channels. These other channels feature funny skits, pranks, and rants, the latter one features personal life vlogs.

GamingWithKev was born in California, USA, on April 18, 1989. His real name is Kevin Edwards Jr. He is 31 years old and is under the zodiac sign, Aries. He holds the American nationality.

The information about his parents and their names are not available at the moment. He has a brother and his name is Kaelin. Other than this, no further details about his parents and siblings are available until now. Being a popular Youtuber, Kevin likes to keep his family life private and doesn’t want to talk about it publicly. 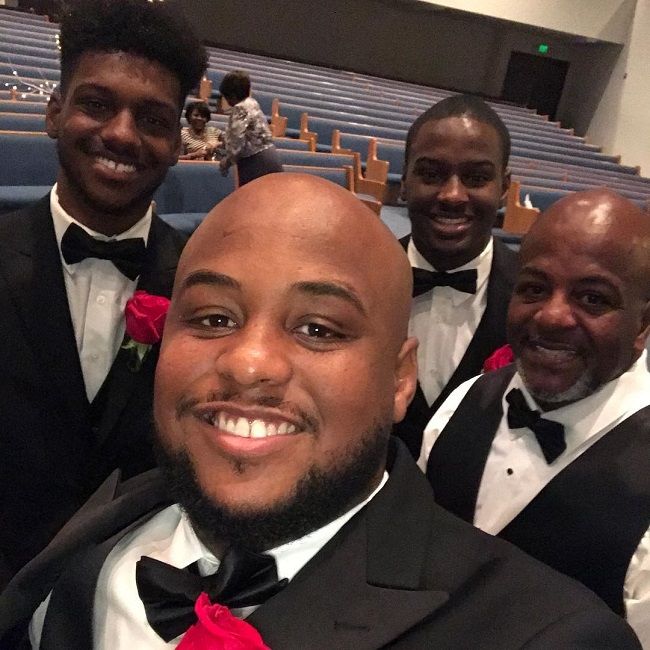 Caption: Kevin along with his best men in his wedding (Source: Instagram)

GamingWithKev created his Youtube channel under the title “GamingWithKev” on May 8, 2015. This Youtube channel has been able to garner altogether 3,165,598,357 views until now. He shares videos of humorous skits, pranks, and rants on his channel. This channel is his main channel as he has gained a huge number of subscribers on it and is very active on it than the other two. He also posts gaming videos on the channel. He uploads literally everything and every type of content on this channel but mainly focused on the gaming content.

Likewise, ESCAPE THE ZOMBIE HOSPITAL IN ROBLOX and ESCAPE THE HAUNTED HOUSE! | Roblox are the two most popular videos on this Youtube channel. These videos have gained 27M and 23M respectively and were uploaded in the year 2017 and 2016 respectively. And there are many other videos on this channel which has garnered more than 10M views until now.

Talking about his another Youtube channel, it was launched on April 26, 2015, and has mustered 4,906,390 views to date. He posts videos about his cars, family, and vlogs as well on this channel. He does share videos on this channel and keeps his viewers and fans updated about his life and lifestyle.

How I Went From Broke To $5,000,000 In Less Than 3 Years. – Kevin Edwards Jr and HAVING A BABY DURING THE CORONAVIRUS… are the two most popular on this Youtube channel. Both of these videos have gained more than 500K views until now. Likewise, Kevin is doing pretty well as a Youtuber.

Furthermore, Kevin is much popular on other social media platforms as well such as Instagram, Twitter, and Facebook. He shares a lot of pictures of his children, his wife, and his cars on Instagram. Also, Kevin is always active on his social accounts. His fans are always updated about what is going on. And, he has gained thousands of followers on these platforms as well.

Kevin proposed to his wife Marie on his channel through a whisper challenge video. And they eventually got married in June 2015. The couple was blessed with a son named Jaden and two daughters named Zoe and Nia. And, Kev’s wife Marie again gave birth to another child in the year 2020. It was the time when Cornovirus was spread all around the world. And everyone and every country were in lockdown and quarantine.

It was a very difficult situation and a very dangerous time to give birth. Fortunately, the baby was all fine and both mother and the baby were alright. And the name of the newborn baby is Brody. 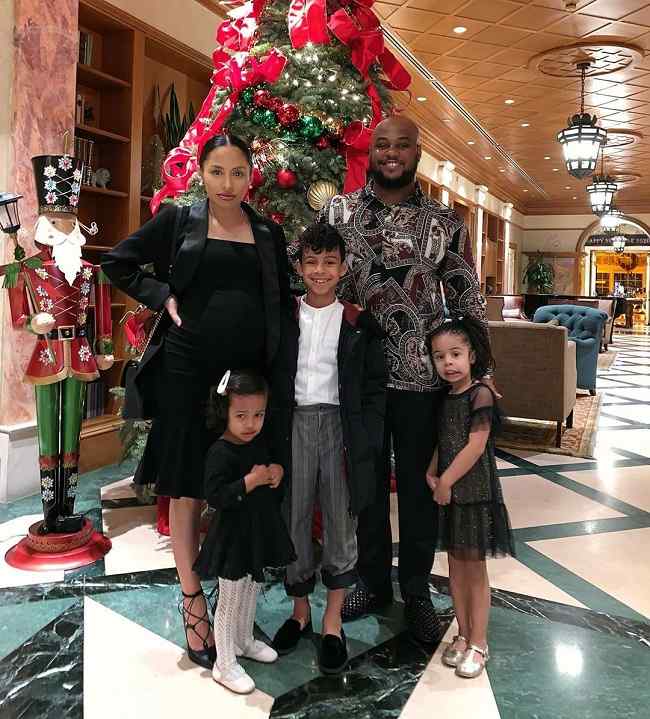 Caption: Kevin along with his pregnant wife and his three children (Source: Instagram)

Moreover, Kevin shares a lot of cute and adorable pictures of his children and his wife on his social accounts. Also, they are much appreciated by their fans. And the videos of their family are very fun and interesting to watch.

The body measurements of Kevin like height, weight, chest size, waist size, hip size, and may other sizes are not available at the moment. All of those measurements are still under review. However, he has black eyes and is bald. 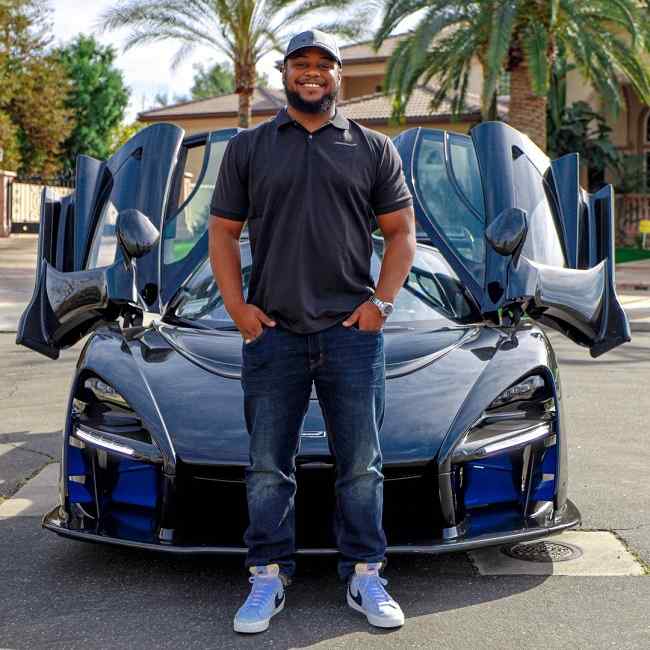 Caption: Kevin posing for a picture with his car behind (Source: Instagram)

Focusing on his income, he has an estimated net worth of $7 million. His main income source is Youtube. Moreover, Kevin owns a lot of cars and he shares a lot of pictures and videos of his cars on his social accounts.