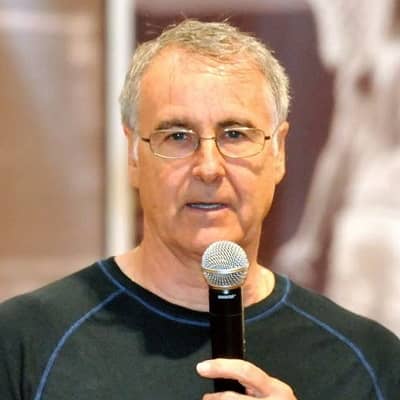 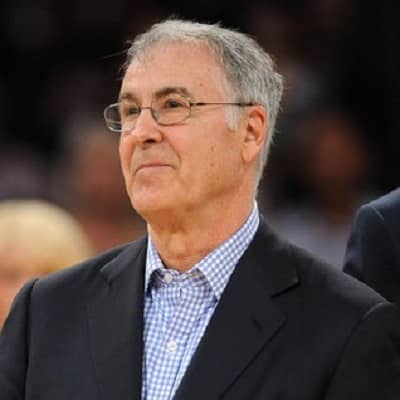 Gail Goodrich is a retired professional basketball player from the United States. Moreover, Gail Goodrich is best known for scoring a then-record 42 points for UCLA in the 1965 NCAA championship game vs. Michigan, and for his part in the Los Angeles Lakers’ 1971–72 season.

Gail Charles Goodrich Jr best known as Gail Goodrich was born on 23rd April 1943, in Los Angeles, California, the United States id America. As of now, he is 78 years old and he is a citizen of the United States. Moreover, he has a birth sign of Taurus and he is a Christian by religion. In addition, he is nicknamed Stumpy and his ethnicity is unknown. He is the son of Gail Goodrich Sr (father) and his mother’s name is unknown. Furthermore, there is no more news regarding his siblings. 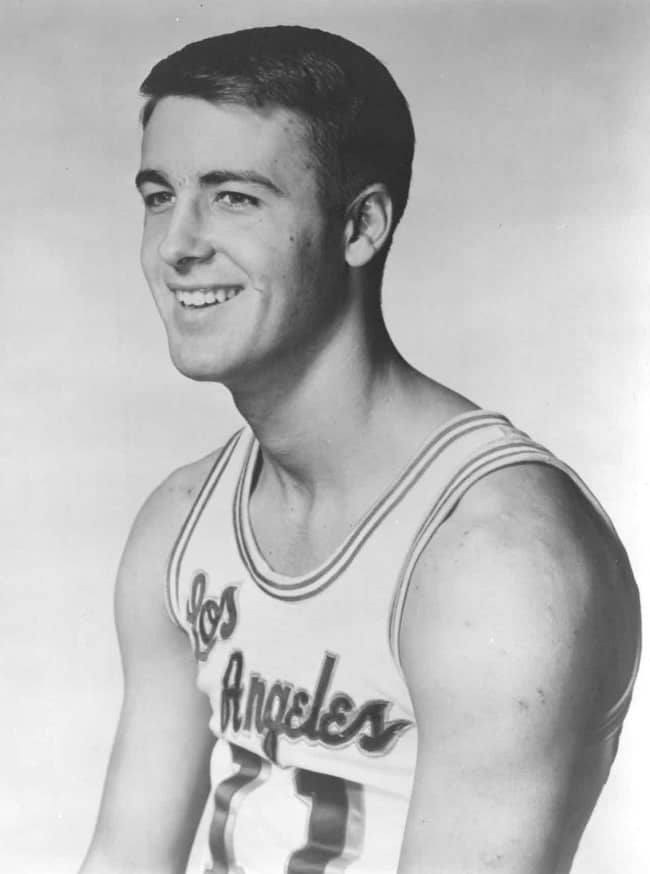 Caption: Gail Goodrich posing for a photo (Source: The Squander)

Talking about his academic career, he attended  John H. Francis Polytechnic High School. During his school years, he played as the starting point guard for the team. Moreover, he enrolled at the  University of California, Los Angeles (UCLA) for his further education. He was a member of the UCLA Bruins men’s basketball team throughout his college career. Furthermore, he came off the bench for the team as a rookie. He appeared in 29 of UCLA’s 30 games, averaging 10.4 points per game.

However, the perspective changed during the next two years. Coach John Wooden kept him in the starting lineup as the point guard. As a result, the athlete’s minutes per age increased, and his game improved significantly. He started all 30 games as a sophomore, averaging 21.5 points per game. As a result of his outstanding performance, the team won the 1964 NCAA Tournament.

The UCLA basketball team went on to win another championship the next year. Gail played a significantly larger role here, averaging 24.8 points per game. He scored 42 points in the finals of the 1965 NCCA Tournament. His points are still considered the second-highest in an NCAA Tournament to this day. He was also UCLA’s all-time leading scorer. 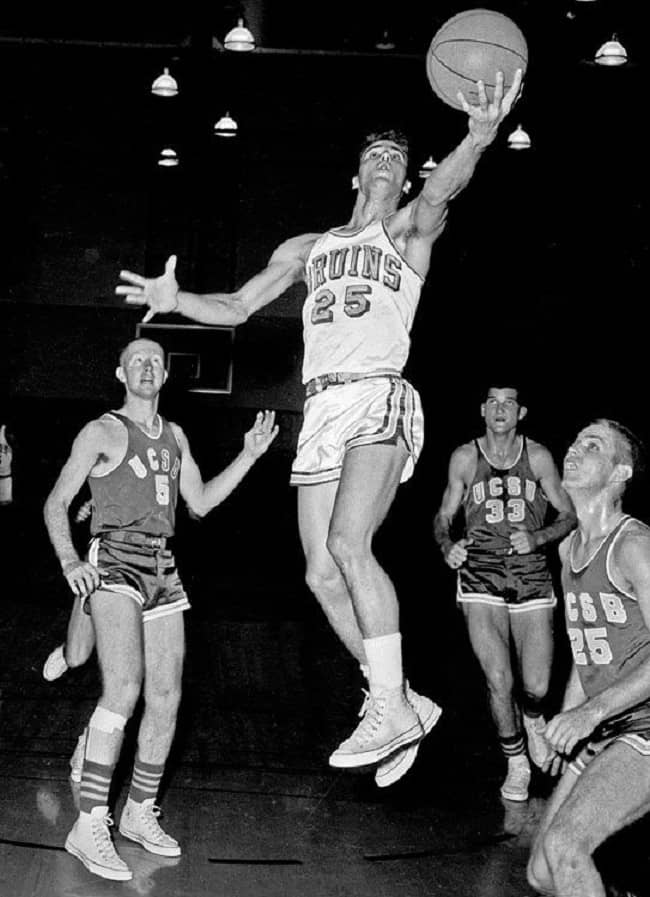 He joined the NBA Draft after his junior year at UCLA. He was drafted as a territorial pick by the Los Angeles Lakers. As a shooting guard, he was a reserve behind Jerry West and Walt Hazzard. Similarly, he was only 22 years old at the time. He played 15.5 minutes per game as a reserve. He appeared in 65 games and averaged 7.8 points per game. The Lakers did make it to the NBA finals that year, but they were defeated by the Boston Celtics.

In addition, he was added to the team’s rotation the following season. As a result, his game time increased to 23.2 minutes per game. During his 77-game career, his average was 12.4 points per game. Aside from that, he had two 30-point performances against the Baltimore Bullets and the Chicago Bulls.

However, the Lakers were defeated by the San Francisco Warriors in the Western Conference semifinals. His minutes per game increased to 26 in his third season with the Lakers. In 79 games, he averaged 13.8 points per game. Despite his numerous contributions, his club was defeated in the 1967-68 NBA Finals by the Boston Celtics.

Returned to the Lakers and NBA Championship

Gail was recruited by the Lakers again for the 1970-71 season after being lost in the expansion draft. He was also in the starting lineup as a shooting guard this time. They reach the NBA finals in the same season. However, the story comes to an end when they were defeated by Kareem Abdul-Milwaukee Jabbar’s Bucks. Furthermore, his entire talent was shown during the 1971-72 season. He appeared in all 82 games and averaged a career-high 25.9 points per game. He scored at least thirty points in 28 separate games. In the same season, Goodrich wins his first NBA title by annihilating the New York Knicks.
Furthermore, he averaged a series-high 25.6 points each game. In addition, from 1971 to 1975, he was an offensive dynamo, leading the Lakers in scoring for four seasons. In the 1972-73 season, 1973-74 season, his team could win the final. Again, in the 1974-75 season, Gail was on a tear with his scoring where the team still couldn’t rise to the championship level.

In the 1966 expansion draft, Gail was drafted by Phoenix Suns and in a short time, he became the star of the Franchise. He was a full-time starting point guard for the first time in his career. For 81 games, he averaged 23.8 points per game in 40.0 minutes. He also had forty-plus points against the Bulls, Warriors, and Rockets in the same season. In addition, his strong play earned him a spot in the 1969 NBA All-Star Game. The Suns traded him back to the Lakers in exchange for center Mel Counts.

He signed a three-year contract with the Utah Jazz after his second stint with the Lakers. According to reports, the contract was worth $1.4 million. Although he struggled at first with the Jazz, he was at his best during the 1977–78 season. Aside from that, Gail had an Achilles injury during his rookie season with the New Orleans Saints. He played his final NBA season in 1978–79. Following that, he announced his retirement from the NBA after 14 seasons with three different teams.

Talking about his net worth, his net worth estimates at around $13 million which he earned from his profession. As an analyst,  he earned around $75,000 per year.

He married Toni Goodrich who is known for her yoga studio in the neighborhood. There is no information regarding their marriage date, place, and kid. In past, Gail was married to Frances Caldwell and has three kids. Moreover, they have a son named Brien and twin daughters named Jaime and Linsay. Gail and Frances got divorced when their kids were young.

As of now, Gail is not a part of the controversy, and rumors and is focused on his life.

He is 6 feet 1 inch tall and weighs around 77 kg. He has black hair with brown hair and there is no more information regarding his other body measurements. 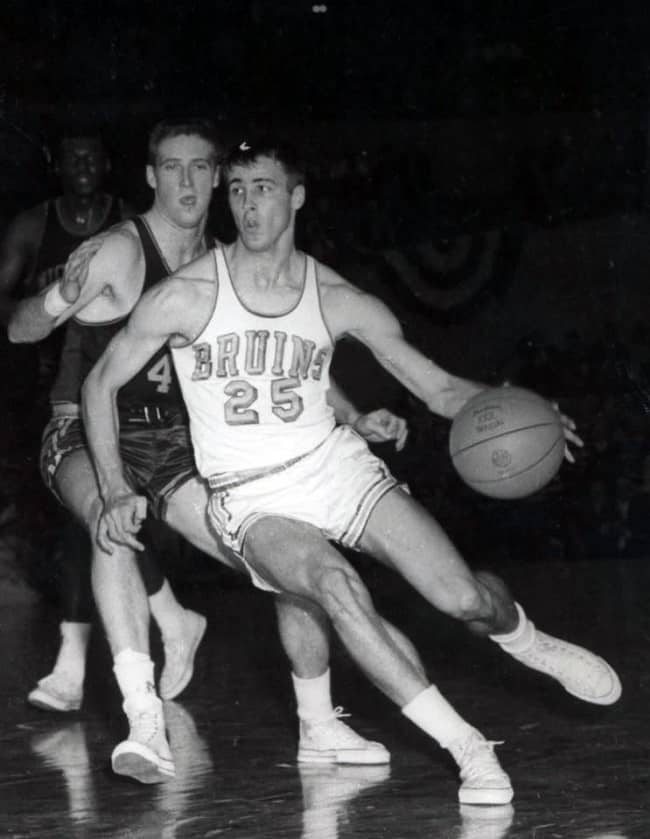