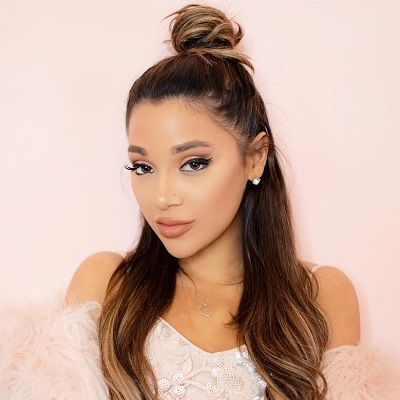 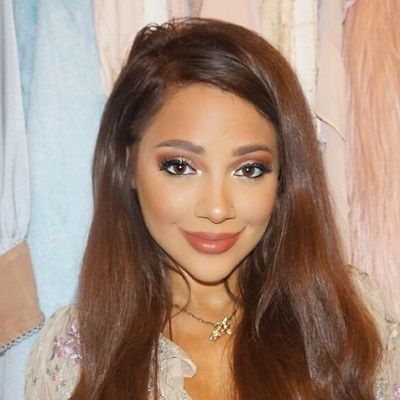 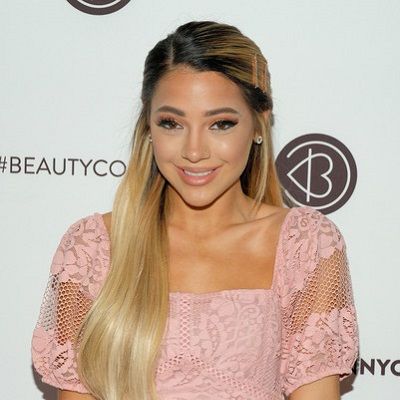 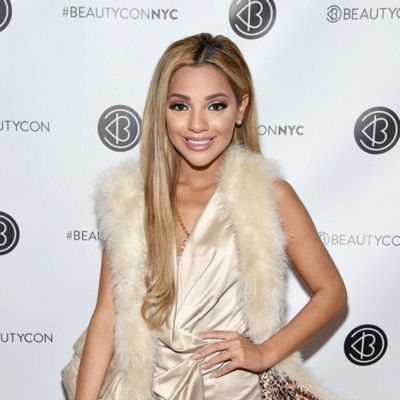 Gabriella Demartino is a fashion and beauty YouTube vlogger who is a partner with Stylehaul. Gabriella Demartino has had videos featured as part of AwesomenessTV. Moreover, she also has other Youtube channels with her sister alongside her own solo channel.

Gabriella Demartino was born on 5 May 1995 and she turns 25 years old in 2020. Her full name is Gabriella Nelida DeMartino. Similarly, her birthplace is Bethlehem, Pennsylvania but she later moved to Los Angeles. She has three siblings namely sisters Niki, Alex, and brother Anthony. She and Niki are identical twins. Further, her parents are Jeffrey and Nelida Garcia-DeMartino. Gabi was born a couple of minutes after Niki, which makes her the younger twin

Her siblings are also Youtubers. And her parents are dentists who share a dental practice in Phillipsburg. Moreover, they are of Cuban descent. Talking about her educational journey, Gabi and her twin Niki attended Notre Dame High School and later enrolled in DeSales University. Gabi majored in musical theater, however, she later changed it to communications. 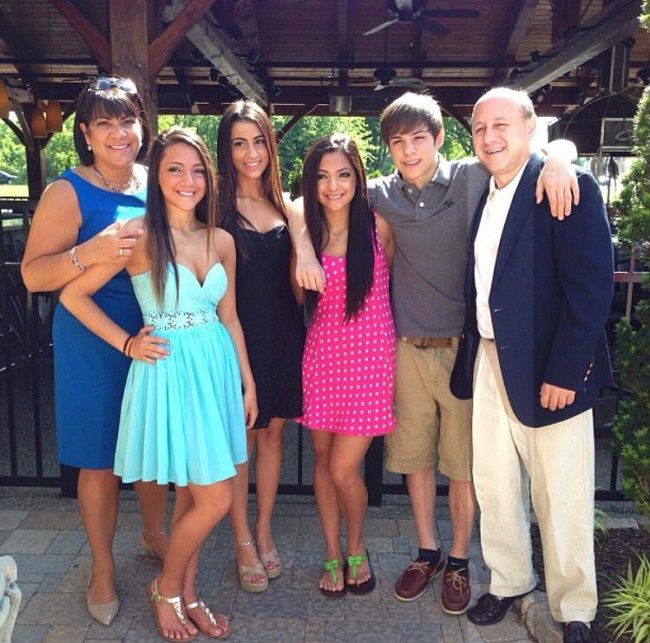 Caption: Gabriella Demartino posing for a photograph with her family. Source: Pinterest

Gabriella Demartino is a fashion and beauty vlogger, singer-songwriter, actress, and screenwriter. She and her twin Niki began their career in 2010 with their older sister Alex DeMartino on their YouTube channel @00RemakeGirls. With the success of their first channel, the twins created another channel which was initially named @nikiandgabibeauty channel. But they later rebranded to “Niki and Gabi”.

In July 2015, she created her own YouTube channel “Fancy Vlogs By Gab”. She also broke out into the music industry in 2016 with her debut single, Ever After. Then in January 2020, she signed with Roc Nation, and her debut album is set for release in Spring 2020.

She began her first YouTube channel along with her twin and sister ‘00RemakeGirls’ way back in early 2010s. Their first video on the channel was Demi Lovato inspired curls tutorial. People loved their video and started requesting for more. Further, Gabi had always loved watching YouTube videos during her summer break.

However, she never thought that she could turn so popular on YouTube. Slowly, the twins started making more videos, especially after high school. They attended college and at the same time also kept their channel updated.

With their love of YouTube growing, she decided to run a channel of her own. In her solo channel, she keeps her fans posted about her tours, shopping hauls, and daily routine. If you think that Gabi is simply a fashion Guru, then you will be surprised to learn that she is also an excellent singer and writes lyrics for her songs along with her sister.

The multi-talented ladies recently launched their music video titled First. They also perform at live shows. Gabi has also been signed on by numerous brands to endorse their products. Being the beauty that she is, she is a typical girl who loves spending her time shopping, vacationing, and looking stunning.

She also definitely loves her sisters and friends to accompany her. Moreover, Gabi also loves singing as well and when not recording videos, she is probably penning down lyrics and creating her own songs. Additionally, the young vlogger also aims to launch her own makeup line someday.

On 9 December 2012, she published a live cover of Maroon 5’s “Wipes Your Eyes” on 00RemakeGirls. On 21 July 2013, Gabi created a new YouTube channel with her then-boyfriend Brandon. They uploaded the first video on 22 July 2013, and it was YouTube welcomes Gabi and Brandon.

Further, she released a cover Ariana Grande’s Just a Little Bit of Your Heart on 00RemakeGirls on 19 April 2015. Similarly, on 2 July 2015, she made her last upload to 00RemakeGirls. It was a music video remake of Good For You by Selena Gomez with her best friend Allie Bennicas. 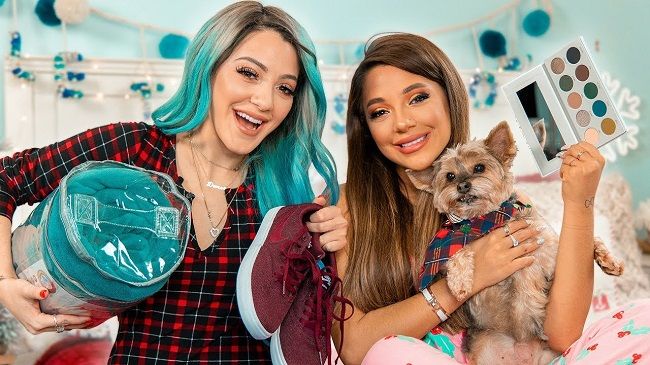 On 16 January 2020, she announced that she signed with Roc Nation, a USA based record label, who will be releasing her debut studio album in spring 2020. The same day, she also stated that she had decided to add more tracks to the album.

Then in summer 2020, she will embark on a tour of the USA and Europe, entitled the Fancy Vlogs Tour, alongside Niki who will also be touring new music. The lead single from her debut album, Fancy Friends, was originally set for release in April 2020.

Moreover, Ariana Grande once invited Gabi to be in her music video because they look alike, but also because there had been some controversy surrounding Gabi and Ariana’s fans just a few months before. Ariana wanted to surprise her fans and prove that there was no shade between the two of them.

Gabriella, a well-known YouTube celebrity, has promoted and endorsed a variety of brands and items in the videos she creates for her sister Niki’s fashion channel. This marketing can take the form of a direct endorsement or the use of those products in the video.

Prior to these, Gabriella had her first boyfriend in sixth grade. Then, she had an on and off relationship with a guy for 2 years just before Freshman Year but he dumped her for one of her friends. Then, in October 2010, while at Notre Dame High School, Gabi began dating Brandon Grube. They had both met during the summer two months before the new school year started.

Brandon asked Gabi to go to his Senior Homecoming with him and gave her a stuffed dog. They had their first kiss waiting for the bus to come standing outside his locker. Gabi had to ask her parents permission before she could accept Brandon as her boyfriend because of their age difference.

By February 2011, Gabi was suspicious of Brandon and was worried that he might be cheating on her but didn’t say anything for fear of losing him. However, in June she found out that he had indeed cheated on her. During the Christmas break the same year, Brandon broke up with Gabi.

After the weekend he started dating Gabi again. During the April of Gabi’s Freshman Year of College, her parents bought Brandon a MacBook and Gabi was looking through his Skype and found out that he had another girlfriend of 9 months, since August. After this Brandon broke up with Gabi again.

During summer 2015 Gabi met Collin Vogt whilst still technically in a relationship with Brandon. While on a break with Brandon, Gabi was seeing a guy who she refers to as Joey while she was at college. Gabi describes him as the guy who broke her heart (they broke up in early July 2015).

On 25 July 2015, Gabriella started dating Collin Vogt. Then in late 2018, they moved in together in a cottage in Bethlehem, Pennsylvania. They call the cottage The Castaway Cottage. For their 4 year anniversary, they went to Bermuda and plan to have a second home there one day. Gabi and Collin hope to have children together.

In Gabi’s vlog “I threw up during an expensive massage“, published on 9 August 2019, she revealed that when she and Collin have kids they want to raise them in Bermuda. She also revealed in her next vlog that she’d moved out of the “Cinderella Cottage” in LA because she only went there a couple of times a year. She said that in about a year’s time she and Collin will hopefully get a second home in Bermuda.

On 10 February 2020, Gabi shared a Q&A video with Collin and he confirmed that he was going to propose to Gabi very soon. They also said that they would name their children if they were girls, Elowyn and Clara, and if they were boys, Eden and River. They also revealed that they will be renting a house in Bermuda for a month in June or July 2020 and they would like to get married on an island and have a honeymoon somewhere cold and to see the Northern Lights. 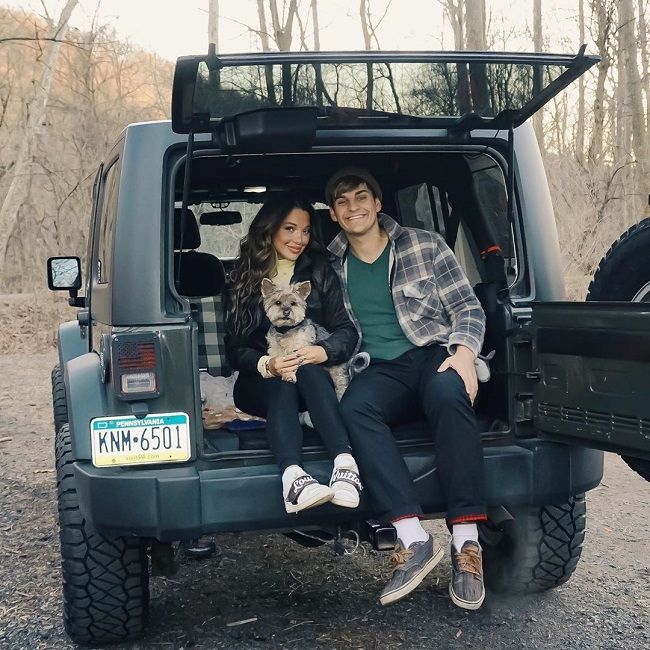 She stands at a height of 5 feet 2 inches and her weight is around 49 kgs. Other than that, there is no information regarding her other body measurement details. Moreover, her hair color is dark brown and her eyes are also brown.

Gabriella Demartino is a social media personality who joined Twitter in November 2011 and so far has 102 million followers. Similarly, she has 4.4 million followers on her Instagram handle and 3.23 million subscribers on her Youtube channel. Moreover, shes net worth estimation is around $1.5 million. She earns through her music, Youtube videos, and brand endorsements among many others.