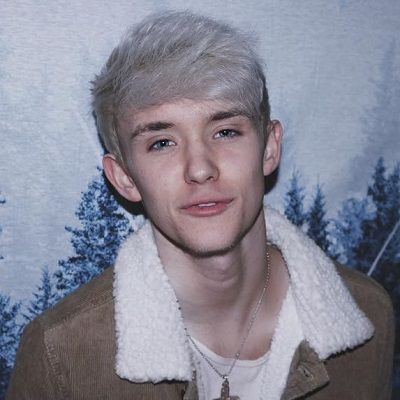 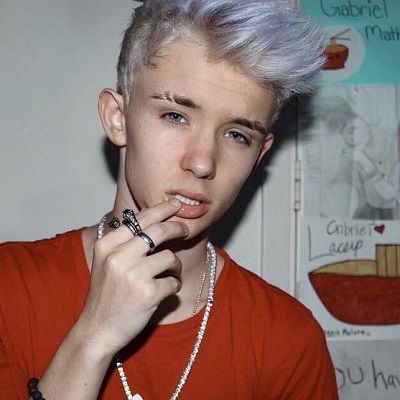 Gabriel was born on 2nd April 1998 and is currently 24 years old. His zodiac sign is an Aries. Likewise, he was born in Texas, United States, and is currently residing in Los Angeles, California. Similarly, he holds the American nationality, follows Christianity, and belongs to the White ethnic group. Likewise, he has a brother named Connor Dennis. However, there is no information regarding his family background. 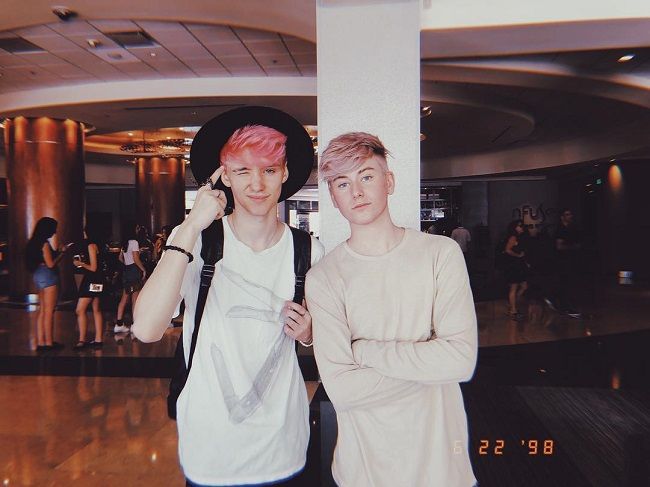 Caption: Gabriel along with her brother Connor. Source: Instagram

Furthermore, regarding his educational qualification, there is no information about which subject he majored in and in what educational institution he is currently enrolled in.

Initially, Gabriel started his career as a social media personality, through the YouNow account. Likewise, he performed his first broadcast on his @Gabriel.laceup on 7th October 2014. Furthermore, he is an active member of YouNow and his popularity has gained quite a captivating number of followers within the first 6 months of opening an account in it of 65,000 followers. Likewise, his content consists of mainly hilarious and funny content.

Similarly, besides YouNow, he also has a Youtube channel. Initially, he had a youtube channel, ‘Gabriel.Laceup’ which is no longer available. Besides this, he currently runs another channel which he joined on 20th September 2011, ‘Gabriel and Kayce’ along with his girlfriend, Kayce. Likewise, their channel has content related to a couple of tags, challenges, and others.

Likewise, the video, ‘Our story (ft. Gabriel.Laceup) |Kayce Brewer’ posted on 8th March 2016 has the highest number of viewers with 951K views. Followed by this, ‘Surprising my Long Distance Girlfriend’ which was posted on 5th May 2018 has 744K views. In this video, he goes from Los Angeles to Texas to surprises his girlfriend. Likewise, their ‘Chapstick Challenge’ has also gained 344K views on Youtube.

Similarly, he has also done a mukbang video, Donut Mukbang along with Kayce which has gained 7.4K views. Likewise, he also does many QnA videos taking his Twitter account as a medium to ask his fans to send questions. He does Q&A sessions where he answers all those questions. Furthermore, he has collaborated with many fellow Youtubers including tattoo artist Romeo Lacoste.

Moreover, he is called an epic personality and his channel is considered as ‘pretty epic’ by his Youtube and YouNow subscribers. Likewise, he is also known for his contagious smile and zestful energy which he channelizes to his audience through his videos. No one can unnoticed his positivity and zest for life and this optimistic energy makes him stand out in the crowd.

He has earned quite an impressive earning throughout his social media journey. His primary source of income is Youtube which has a net worth of $300 Thousand. However, there is no information about his asset worth.

Gabriel is in a relationship with his fellow Youtuber Kayce. The two have started dating since 2015. Likewise, he has posted a video, ‘Our Story’ of how their relationship started on his Youtube channel. 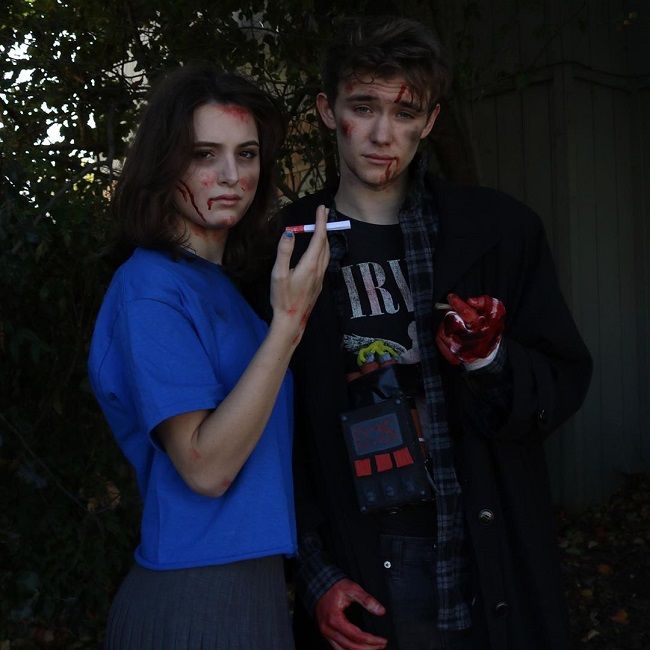 Caption: Gabriel and his girlfriend Kayce during Halloween 2019. Source: Instagram

Gabriel has a cute facial structure that looks more attractive with his blue-colored eye and has blonde hair color, which he frequently changes his hair color. Similarly, he stands at a height of 68 inches and weighs around 62 kg. Similarly, his body type is Mesomorph, however, there is no information regarding his body measurement. 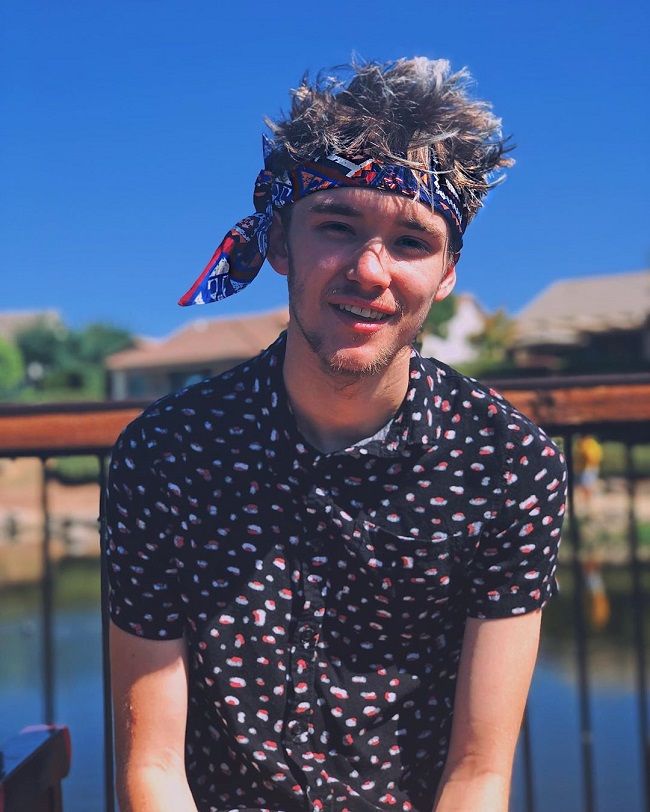