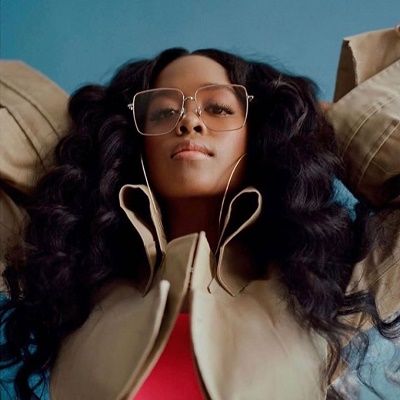 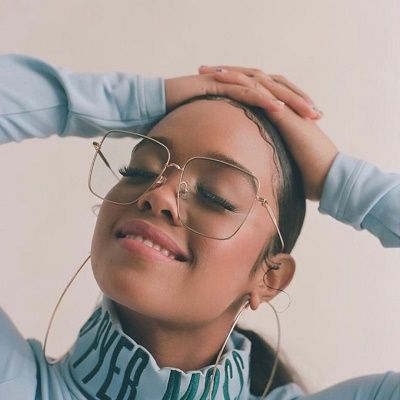 Gabi Wilson, better known by her stage name H.E.R., is an American singer from California currently signed under RCA Records. In addition to vocals, Gabi Wilson plays the piano and guitar. She has become an inspiration to every kid and Black people through her early and successful journey.

Gabi Wilson was born on June 27, 1997, in Vallejo, CA. She is also known as Gabriella Gabi Wilson, Gabby Wilson. She was nicknamed Gabi by her parents when she was little. Her nationality is American and has Cancer as a birth sign. Her age is now a 24 years old woman of Black ethnicity.

Her father’s name is Kenny Wilson and her mother’s name is Agnes Wilson. She drew early inspiration in music from her father, who was a member of a local California band named Urban Bushmen. Her mother was a native Filipino and a homemaker. Her parents always supported her in her endeavors. 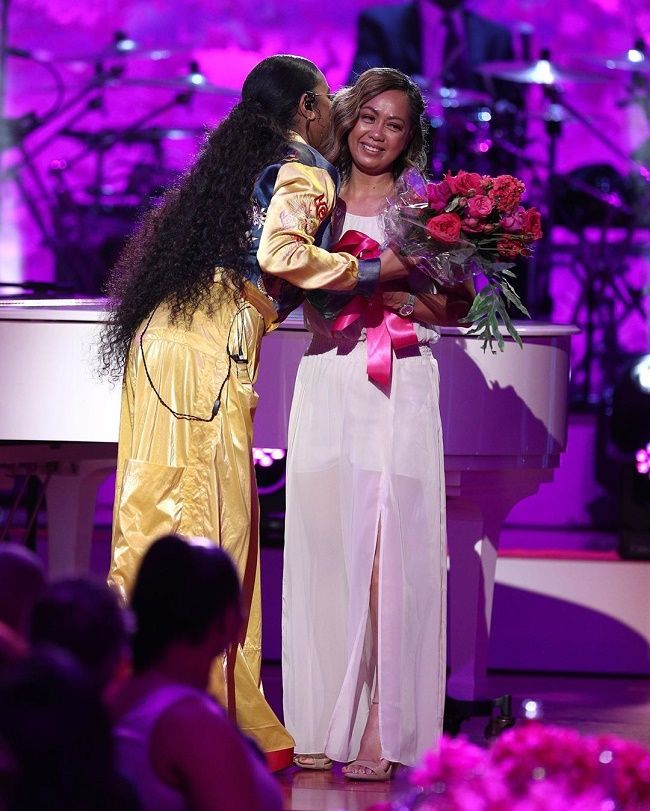 Taking inspiration from her father, she started learning and playing music at a very young age. She played in New York City at the Apollo Theatre when she was nine years old. It was one of her first experiences in front of a large crowd. She also appeared in the ‘Today Show’, where she played piano for Alicia Keys. Still 12, she also made a big career breakthrough when she performed two songs at the ASCAP Awards, and later that year, she was voted one among the three Radio Disney’s ‘Next Big Thing’.

She was getting a lot of fame when she was young, which although did give her a very useful industry exposure, also made her self-conscious and she decided to work mostly from behind the curtains. Sony Entertainment signed a contract with her when she was 14 years old. The song ‘Something to Prove’ was her first officially released song after which she took a break for 2 years. She studied at Wardlaw Elementary School and North Hills Christian School.

In the early years of Gabi Wilson’s career, she kept her identity hidden, which was part of a gimmick that made her a mysterious figure. She made her first major appearance in ‘Today Show’ as a 12 years old kid where she covered piano for Alicia Keys during one of her performances. She was then signed by Sony Entertainment at the age of 14 and under the big label and released her debut single titled ‘Something to Prove.’

After taking a hiatus for a few years, she arrived on the musical stage yet again in 2016 with her debut EP titled ‘H.E.R. Volume 1’. Several artists like Rihanna, Usher, and Pusha T spread the word around the album and made it a success. After releasing five EPs back to back, in late 2017 she released a compilation album titled ‘H.E.R.’ She had remained a mystery for the music lovers and she let no information about her past/present becoming public knowledge.

She adopted the stage name H.E.R., which stood for ‘having everything revealed’, and made her come back in late 2016 signed up with RCA Records label. She released her debut EP titled ‘HER Vol. 1’ without any prior buzz or marketing whatsoever. Kehlani, K. Michelle, and Zhavia worked as executive producers on the EP which was released in September 2016. Initially, the album did not pick up the pace. Alicia Keys and Bryson Tiller, who were signed under the same label, shared the word about the album on their social media accounts.

Several more artists such as Usher and Pusha T came in support of the EP and slowly it gained a strong buzz. Rihanna was also one of the supporters of the album and she uploaded a clip on Instagram where one of EP’s track ‘Focus’ was playing in the background. The video received 5 million hits and the album gained further attention. As more positive reviews poured in from the critics and the listeners, several more celebrities such as Kylie Jenner and Kendall Jenner came ahead to support it.

On Spotify, the tracks from the album have listened to more than 20 million times. On all the other streaming platforms combined, the album was played 65 million times. NPR Radio included the EP ‘H.E.R. Vol 1’ among the ‘5 Essential R&B Albums You Slept On’. NPR appreciated the ‘slow-burning’ quality of music and the emotional highs and lows. Forbes and The Rolling Stones magazines also included H.E.R. on their lists of artists to look out for.

In 2017, she released her sophomore EP titled ‘H.E.R. Vol 2’ which was also executively produced by Kehlani, K Michelle, and Zhavia. One single from the album ‘Say it Again’ became particularly successful and the album peaked at the 7th spot in the Hot R&B chart. A few months later she released the follow up to her second EP titled ‘H.E.R. Vol 2, The B Sides’, which was yet another success. But it failed to make it to the top 10 list of many charts like the previous EP did.

In August 2018, she released her fourth EP titled ‘I Used to Know Her: The Prelude’. Released by the label RCA Records, the EP sales picked up an immediate pace and it made it to the US Billboard 200 chart where it peaked at the 20th spot. In the US Top R&B/Hip-Hop chart, the EP peaked at the 12th position. By that time, her fan following had grown exponentially. One of her notable stage performances took place during the 2017 BET Experience Concerts in Los Angeles. During the show, she performed along with major artists such as Snoop Dogg, Wiz Khalifa, Kid Kudi, and Khalid.

In November 2018, H.E.R. released ‘I Used to Know Her: Part 2’, which was yet another successful EP which made its place on several American charts. Apart from releasing her own EPs, she has also featured on other artists’ projects from time to time. She collaborated with Daniel Caesar for his single ‘Best Part’ which made it to the top of the US Adult R&B Chart. The song was also certified Platinum by the RIAA.

Her songs have also appeared on soundtracks of many films and TV series’. In addition, she had also appeared on the soundtracks of films such as ‘Uncle Drew’ and ‘Superfly’ with songs ‘I Can Feel It’ and ‘This Way’ respectively. In October 2017, she released her debut compilation album titled ‘H.E.R.’. The album comprised of some selected songs from her first two EPs along with six other fresh singles. It turned out to be her most successful venture yet. 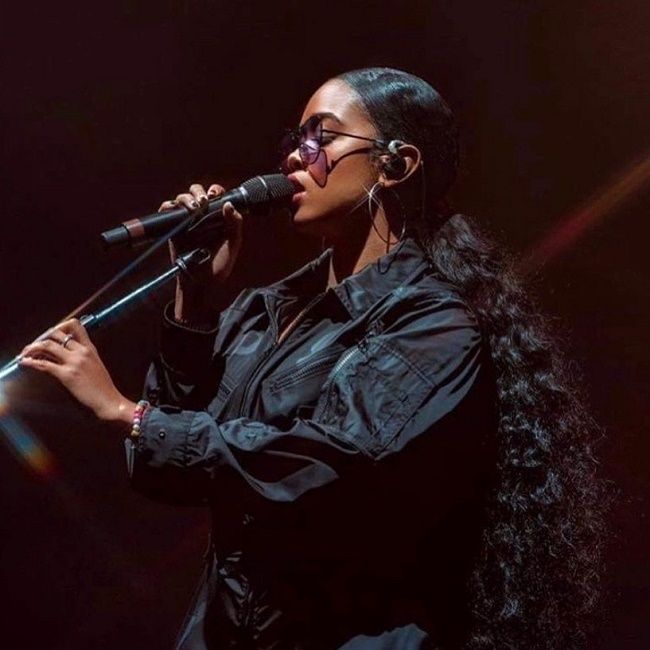 Her album titled ‘H.E.R.’ received five Grammy award nominations for ‘Best New Artist’ and ‘Album of the Year’. Her hard work since she was nine years old has paid the sweetest result to her. She has become a great and successful singer.

Her net worth is estimated to be $2 million. She earns from her music career. Moreover, She often collaborates with the top artists.

Gabi Wilson likes to keep her personal life far from the public. But it is confirmed that she still has remained to date a charming guy. For now, she is just focusing on her music career.

Gabi Wilson stands the height of 5 feet 10 inches tall and has 50 kg of weight. Her hair is black in color and has dark brown eyes. Other information about her shoe size, dress size is not available at the moment.

She has more than 9 million monthly listeners on Spotify. She also uses social media like Instagram and Twitter. So, she has more than 1.6 million followers on Instagram (@hermusicofficial). And her Twitter (HERMusicx) Boasts another 165k+ followers. She has become successful to win the hearts of millions of people.