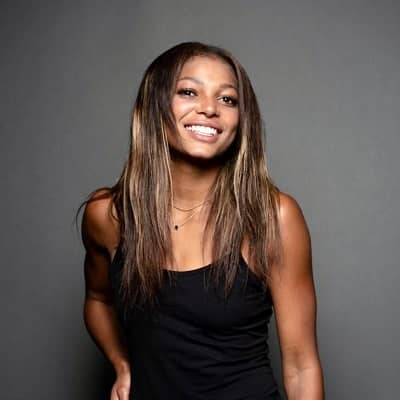 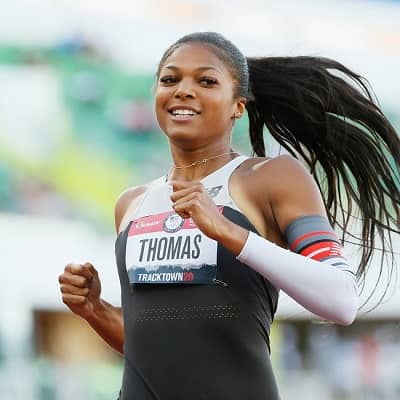 Gabby Thomas is a renowned America-based track and field athlete. Gabby Thomas is best known as the third-fastest woman in 20 meters with a successful result of 21.61 seconds.

Gabby Thomas was born Gabrielle Thomas on 7th December 1996. She stepped into this world in Atlanta, Georgia, United States. With this, she is currently 25 years old and holds American citizenship. Moreover, her birth sign is Sagittarius while she follows Christianity.

Moving on to her family members, she was born to her father Desmond Thomas, and her father Jennifer Randall. Likewise, she also has a twin brother named Andrew and two other younger brothers. Gabby moved to Massachusetts with her family in 2007. 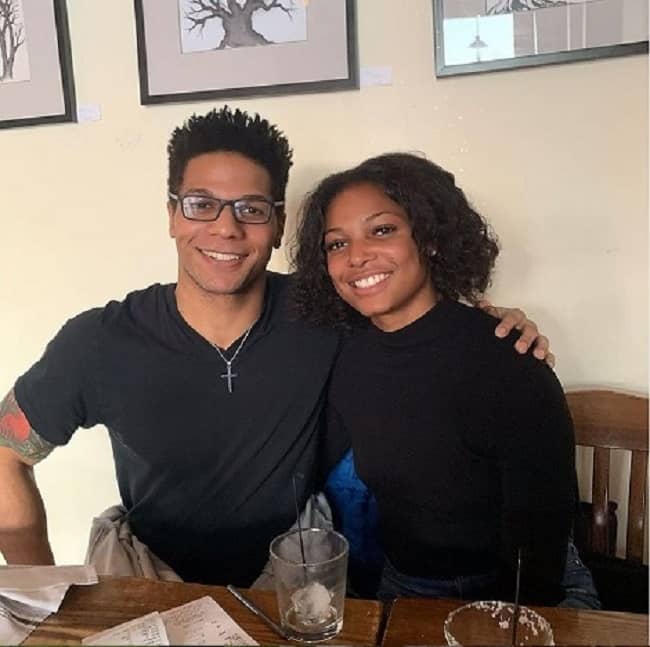 In terms of her educational status, she did her schooling at Williston Northampton School. Moving on, she then joined Harvard University and studied neurobiology and global health. For her master’s degree, she studied at the University of Texas at Austin and graduated with a degree in epidemiology.

Regarding her professional life, her career began as a track and field athlete. Allyson Felix inspired her to run, and she claims that watching Felix run at her grandmother’s house was her first remembrance of a track race. Similarly, she began running and practicing. During her four years in high school, she ran for Williston Northampton School. with this, she set numerous school records. Moreover, she was also named MVP each year and was coached by Michelle Lawson.

Then, she joined Harvard University as an undergraduate and studied neuroscience and global health. She remained at Harvard for three years. Within this time, she won 22 conference titles in six different events. Also, she set school and Ivy League records in the 100 meters, 200 meters, and indoor 60 meters.

Furthermore, she signed an endorsement agreement with New Balance in October 2018 and became the company’s first female sprinter. During her graduation time, she rose to the eighth rank on the list of All-American and 25-time All-Ivy League athletes.

Then, she moved to Austin, Texas, and joined the University of Texas, where she is now coached by Tonja Buford- Bailey. She was suspended for two years in May 2020 due to three whereabouts failures, but she didn’t give up in June, submitting new evidence to invalidate one of the failures and finally being cleared in July. 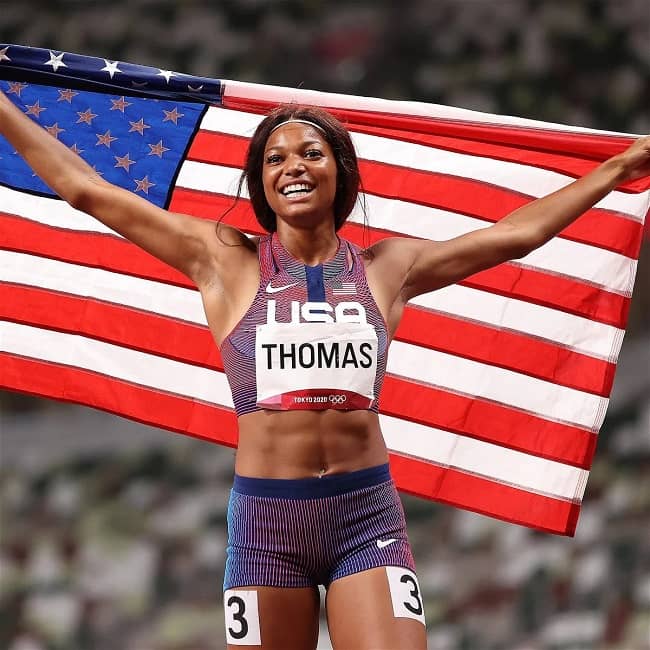 Moving on, she had an MRI scan in May 2021 and discovered she had a tumor in her liver, which turned out to be benign. She also competed for the United States at the 2020 Tokyo Olympics in the 200-meter dash. Also, she not only won the US Olympic trials for 2020, but she also became the second-fastest woman in history in the 200 meters, with a time of 21.61 seconds.

Likewise, she had a terrific start to her outdoor season in March 2022, with the fastest season debut by any 200m sprinter in history at the Texas Relays. At 21.69 seconds, she set the world record for the fastest wind-assisted time. She won the 100 meters in 10.92 seconds just 45 minutes before.

The professional athlete has made a pretty decent amount of wealth from her athletic career. As for the online resources, she has an estimated net worth of between $1 million and $5 million US dollars.

Reflecting on her personal life, she is currently single and not dating anyone. Currently, she is more focused on her professional athletic career. However, she will obviously be linked to a handsome guy anytime soon.

More on her body measurements, Gabby has an athletic and fit body. Talking of her height and weight, she is 5 feet 10 inches or 1.78 meters tall and weighs around 59 kg or 130 pounds. In addition, she has both dark brown hair and dark brown eyes. 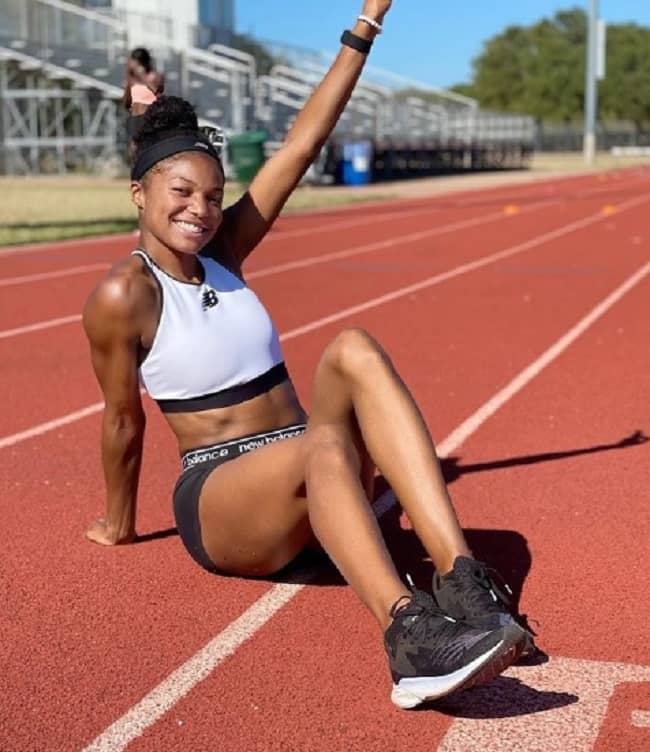