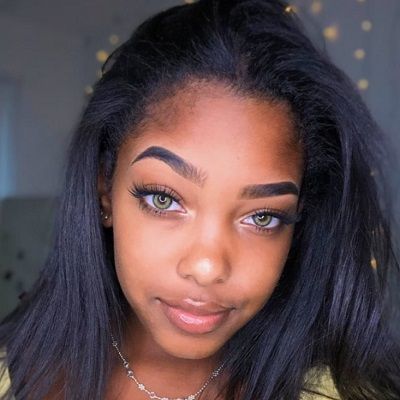 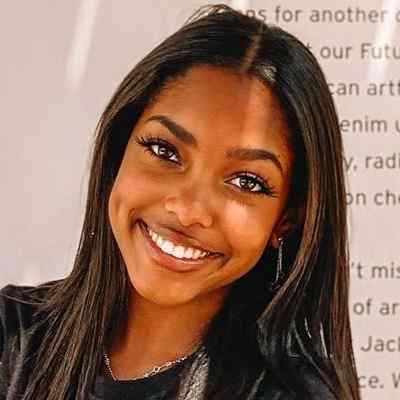 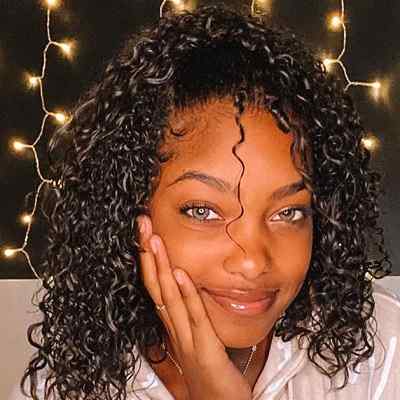 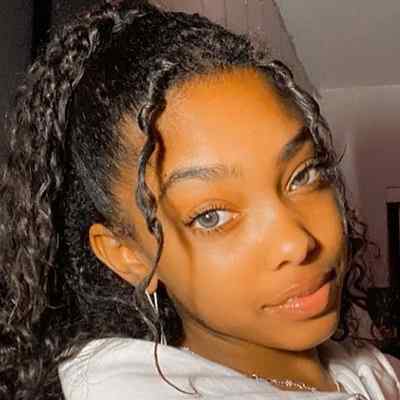 Gabby Morrison was born on 13 June 2001 and she is currently 20 years old. Likewise, she is of Jamaican and Trinidadian descent. Though she has not shared many details about her family, Gabby has featured her parents on her Tiktok, Youtube, and Instagram posts. Also, looking through her childhood photographs, it seems like she also has a brother but hasn’t mentioned details regarding this matter.

Moreover, she also has not shared many details about her childhood and educational background. However, she did graduate from high school in May 2019. She will be moving out and going to college as per her Instagram post shared in August 2019. But the institutions she attended or attends is not available. Moreover, Gabby was also passionate about fashion, singing, and dancing from an early age. She is also a great dancer! 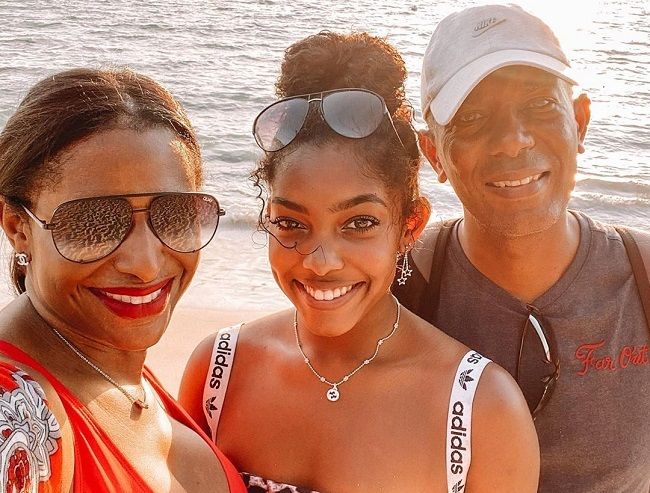 Caption: Gabby Morrison posing for a photo with her mom and dad. Source: Instagram

Professionally, Gabby Morrison is a social media star. She is primarily a Tiktok content creator. Her videos to music by artists like Rico Nasty, Xxxtentacion, and Tink have helped her amass over 2.7 million followers. Likewise, Gabby was cast in a starring role on the Brat series Attaway General.

Likewise, Gabby’s first TikTok post was an introductory video set to an original sound by TikToker Brock Jenkins. She also has a Youtube channel that she launched on 16 March 2019. The first video to her channel is titled My First Video- Q&A w/ Gabby Morrison. Gabby uploaded this particular video on 29 March 2019 and so far has gained 58,953 views.

Moreover, Gabby has earned more than 2 million views for an April 2020 TikTok video. In this video, Gabby danced to the song Barbie Girl by Aqua. Gabby has also made videos to original sounds by TikToker Nate Wyatt.

Talking in more detail about her Youtube channel, the most-watched video on her self-titled channel is DOING MY BOYFRIEND’S MAKEUP ll GabbyMorr. She featured her boyfriend Andre Swilley on this particular video. Likewise, this video has earned 170,615 views and she shared this on 26 January 2020.

Moreover, the other videos on her channel that has crossed 100,000 views milestone are PROM 2019 GRWM with 116,430 views and MY CURLY HAIR ROUTINE! ll GabbyMorr with 100,306 views. Similarly, the remaining videos on Gabby’s channel are JAMAICA VLOG!! ll Gabby Morrison, NIGHTTIME SKINCARE ROUTINE ll Gabby Morr, and Bake w/ Us (GONE WRONG) with over 35k, 8.3k, and 20k views respectively. Similarly, Gabby has also featured her best friend Daleini on the video titled Bake w/ Us (GONE WRONG).

Through social media, Gabby Morrison has either endorsed or promoted a variety of brands which include the likes of Aussie Hair USA, boohoo, MORE THAN FASHION, Brandy Melville, Adidas, Pacsun, CALVIN KLEIN, Princess Polly, BOUTINE Los Angeles, and MOTEL.

Talking about her relationship status, Gabby Morrison is in a romantic relationship with Andre Swilley. The lovers have been together since 2019. Likewise, both Gabby and Andre are social media stars, more precisely Tiktok Stars. Moreover, the couple also features each other on their respective social media profiles.

Other than this, there is no information regarding Gabby’s past relationships and affairs. Likewise, Gabby has also maintained a clean profile away from rumors, controversies, and scandals that might hamper her professional career and personal life. 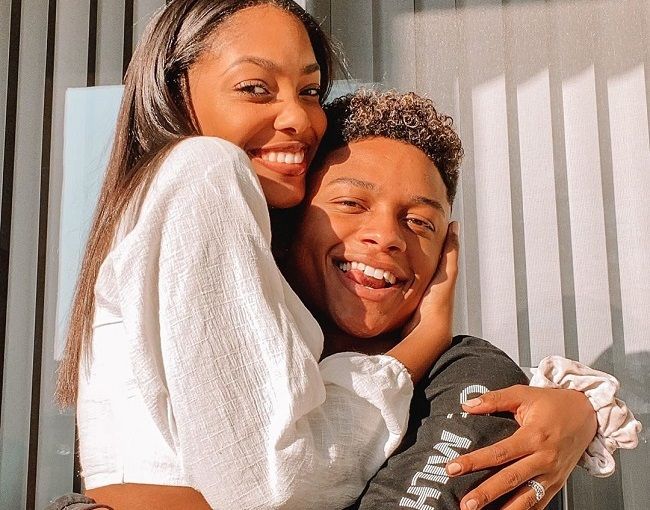 Gabby Morrison stands tall at a height of 5 feet 7 inches but her weight and other body measurement details like chest-waist-hip measures, dress size, shoe size, etc are not mentioned yet. Moreover, she sure has a flexible body looking at her Instagram posts in which she is seen doing ballet dance and some gymnastic moves in the sea-shore of the Caribbean. Likewise, Gabby has hazel eyes and black curly hair.

Talking about her social media presence, Gabby Morrison has a self-titled Youtube channel which has 509,775 views and 48.3K subscribers. Likewise, on Snapchat, Gabby is available under the username @gabby_morrison.

She is also available on Instagram under the username @gabby.morr and this account has 168 posts shares and 355k followers. Moreover, Gabby has 3.1 million followers, and 147 million likes on her @gabbymorr Tiktok account. We can also contact her at [email protected] or [email protected].com for business inquiries. Moving on, Gabby has a net worth estimation of approximately $1 million to $5 million.