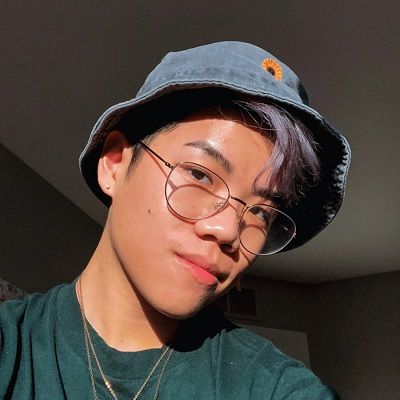 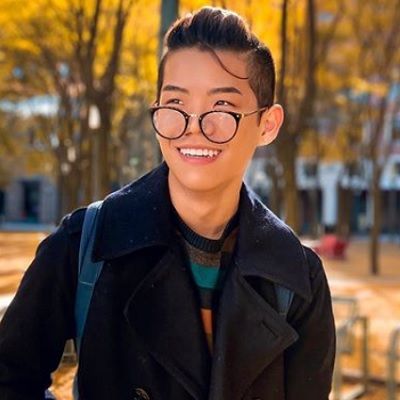 Frederic Chen is an American Youtuber who handles the Youtube channel,  Frederic Chen, previously known as ThatMidgetAsian. Frederic Chen’s channel with over 600k subscribers is based on comedy and lifestyle videos.

Frederic was born on Jun 28, 2001, in Carolina, USA. As of 2022, he is currently, 21 years old. His parently were originally from China. However, he was born and raised in the US. He is the second born to his parents and has an elder sister. But, the names of his parents and siblings are unknown. As a child, he was very studious. He even played piano till the age of 12. 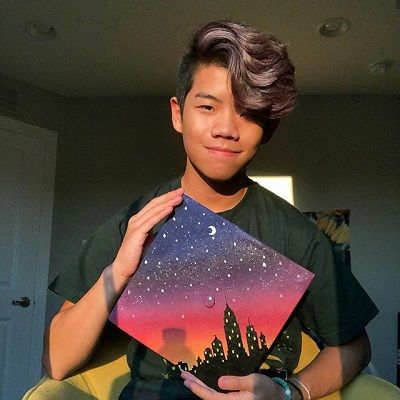 Caption: Frederic Chen shows a painting he made on his graduation hat
Source: Instagram

He went to high school in New Jersey. After graduating high school in 2019, he joined NYU and moved to New Your City. Current he is a freshman at the university studying Integrated digital media.

on June 9, 2014, Frederic Chen started his youtube channel. However, it was only in 2016 that he started posting videos. In his very first video, he talked about who he is and his interests. Since then he has actively been making videos about his everyday life, challenges, life hacks, and many more. Similarly, he loves drawing and photography. He has even made videos on this topic and even actively showcases his skills on Instagram. Even his most-watched video is drawing-related, “I painted that Minecraft skull painting in real life” which has over a million views.

After about 2 years on Youtube, Chen received his 1st silver play button for 100k followers. Comming to 2020, the channel has over 620k followers.  This has been the best gain in his life. However, Youtube has also been his source of income that is helping him cover his College fees. Since the number of followers and views influence youtube income, his monthly income cannot be calculated in exact figures. However, he stands at a net worth of $1 million.

Frederic is openly gay. He first came out to one of his friends on 15th October 2016. Then in January of the following year, he even came out to his parents. Besides, he openly talked about being gay in the very first video. Looking into his relationship status, he is currently single. However, in one of his videos, he addressed being heartbroken in his previous relationship. Although he did not reveal the name of his ex-lover. For now, he is happily single and is focused on building his Youtube career and doing well in college.

21-year-old Chen is still a gorgeous young man. Frederic has brown Asian eyes and brown hair which he likes experimenting with often. He is fashionable and has great taste in style. Similarly, he has an average height and a lean body. However, the exact measurements of the body are unknown. 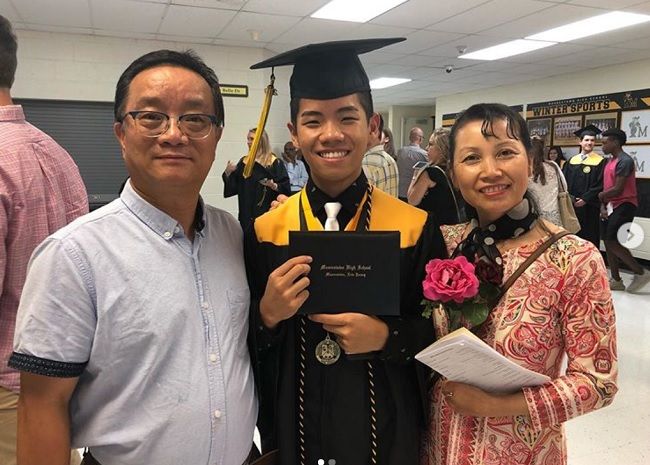 Caption: Frederic Chen with his parents on his graduation day
Source: Instagram

Along with Youtube, Chen is popular on several other social media sites. He is active on Instagram as @fredericchenyt where he has more than 66.9k followers. Similarly, about 18k people follow him on Twitter @FredericChenYT. Chen likes sharing his personal life, drawing skills, and professional achievements on these sites. Moreover, he also showcases his skill in photography in his account