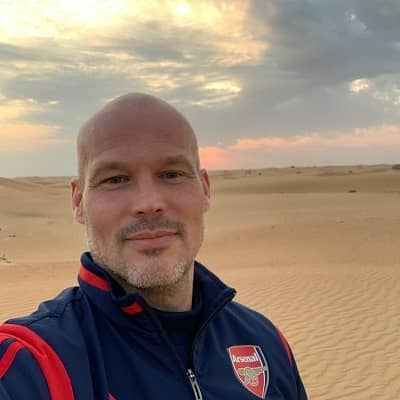 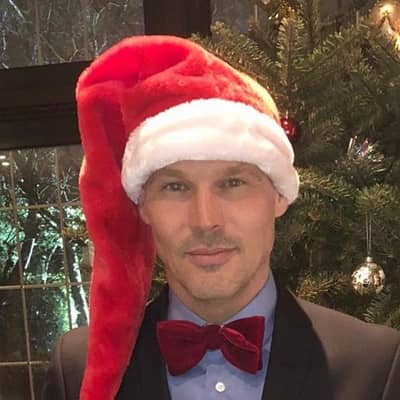 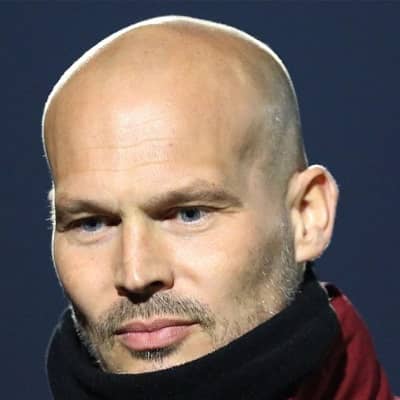 Freddie Ljungberg is a prominent former Swedish football player. Freddie Ljungberg is known for playing for various football clubs in countries like Scotland, Japan, India, and America among others. He also played for the Swedish national team until his international retirement.

Freddie Ljungberg was born on 16 April 1977 and he is currently 45 years old. Freddie hails from Vittsjö, Sweden, and his zodiac sign is Aries. His full name is Karl Fredrik Ljungberg.

Talking about his family, Freddie’s parents are Roy Alve Erling Ljungberg and Elisabeth Bodil Ljungberg. His father is a civil engineer as well as an owner of a construction and consultant business. Likewise, his mother is a Swedish Labor Department worker.

Moreover, Freddie has a brother named Karl Oskar Filip born on 12 September 1984. In the year 1982, Freddie moved to Halmstad from Vittsjö.

There, his parents took the then 5-year-old Freddie to Halmstads BK. At Halmstads BK, Freddie played on the youth team and his manager was Olle Eriksson.

From the young age of 5 to 14, Freddie’s coach was Olle Eriksson. His coach’s impression of Freddie was that he was remarkably talented for his age. Likewise, Freddie credits Sócrates and Olle for having a profound effect on his career. Sócrates is a Brazilian footballer.

During his youth, Freddie also loved playing ice hockey. The young talent also developed a talent for handball. For his talent in the latter, Freddie was called up to the under-15 national handball team. However, Freddie decided to focus on football instead.

Moreover, Freddie was good in both sports as well as academics. He completed his 9th grade at högstadium school. Then at the young age of 18 years, Freddie joined a university to study information technology and economics.

However, he quit university to concentrate on his football career. He made this decision due to his struggle to balance the hectic academic timetable and the physically demanding commitments of professional football. 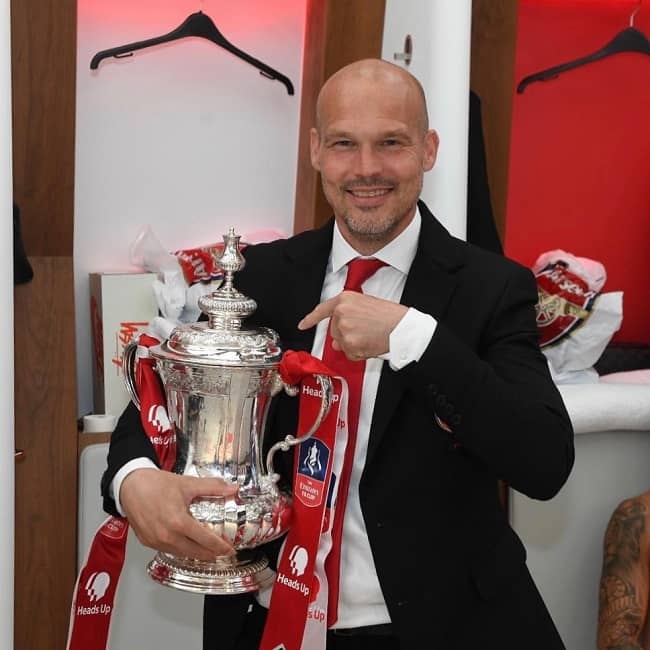 Caption: Freddie Ljungberg posing for a photo with his team’s trophy. Source: Instagram

Moving on, Freddie Ljungberg has a net worth estimation of around $10 million US dollars

Freddie Ljungberg stands tall at an approximate height of 5 feet 9 inches or 1.75 meters and his weight is around 73 kgs. Similarly, Freddie has brown hair color and hazel blue eyes.

Freddie Ljungberg is an internationally recognized former football player. He played as a winger when playing for teams. The former player is also a football manager. Likewise, Ljungberg is a former assistant coach and interim head coach of Arsenal F.C.

Freddie started his career in football at Halmstad playing from 1982 to 1994 for his youth career, and again for his senior career from 1994 to 1998. Later on, Freddie played most of his professional career with Arsenal.

He was with Arsenal from 1998 to 2007. While with Arsenal, Freddie won honors like two Premier League titles and three FA Cups.

Subsequently, from 2011 to 2012, Freddie joined Shimizu S-Pulse, a Japanese football club. Moreover, in 2014, he joined the Indian team Mumbai City. 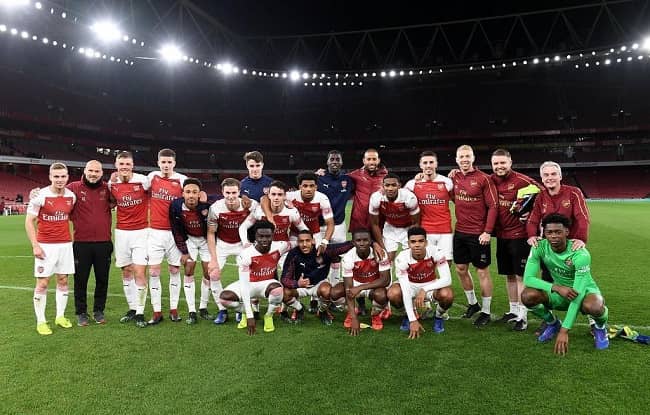 Caption: Freddie Ljungberg posing for a photo with the Arsenal team he coached. Source: Instagram

Furthermore, Freddie played internationally for a full decade. He earned 75 caps and represented the Sweden national team at UEFA Euro 2000, 2004, and 2008. The former professional player also played at the 2002 and 2006 FIFA World Cups.

Moreover, Freddie was also the captain of Sweden from 2006 until his international retirement after UEFA Euro 2008.

Moreover, Freddie has also been a manager for various teams starting from 2016. From 2016 to 2017, Freddie managed the Arsenal U15 team. Then in 2017, he became the assistant manager of the team VfL Wolfsburg.

Besides football, Freddie Ljungberg was also a model. He modeled for Calvin Klein underwear until 2007.

Freddie Ljungberg is married to Natalie Foster. The lovers were long-time partners who met each other in 2007 and tied the knot on 9 June 2014. The couple had their wedding ceremony in front of the Natural History Museum.

Natalie is the daughter of a business executive. She is a fan of Arsenal’s local rivals Tottenham Hotspur. Freddie and Natalie share two children. One of their children is daughter Aria Billie Ljungberg. 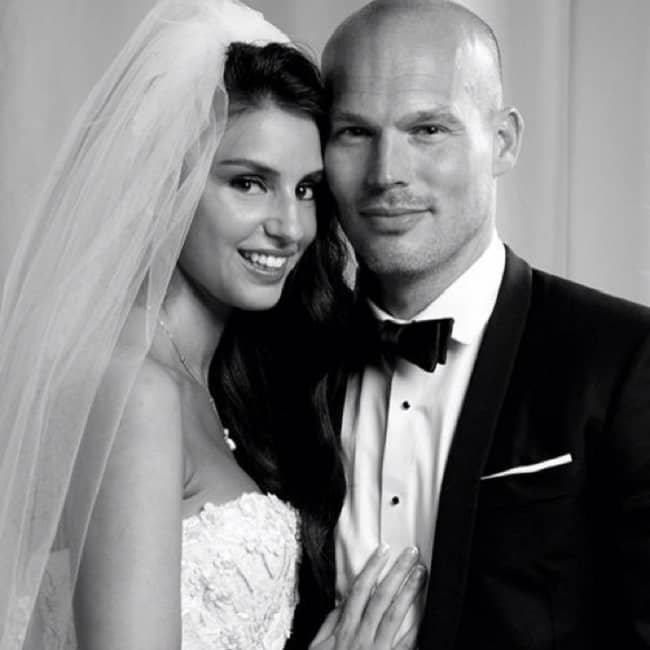 Caption: Freddie Ljungberg posing for a photo with his wife at their wedding. Source: Instagram

Talking about his social media presence, Freddie Ljungberg joined Twitter in April 2013 and so far has over 296.4K followers on his @freddie account. Likewise, Freddie goes by @freddieljungberg on Instagram with over 182k followers as of early June 2021.

The former professional footballer is represented by CAA Base. For all inquiries regarding Freddie, we can contact [email protected]